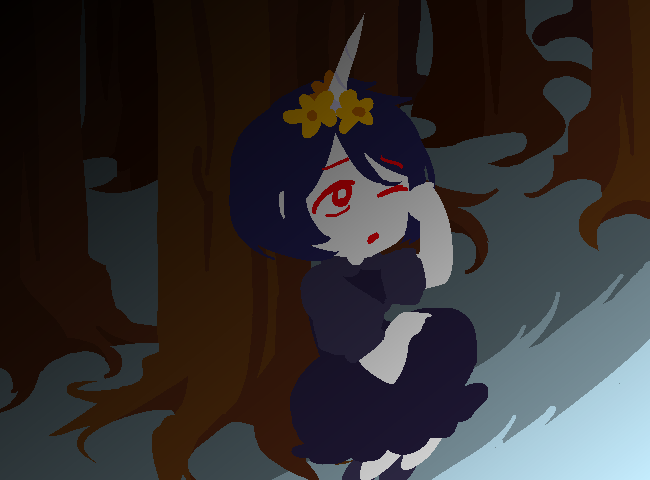 The colors disappear. Darkness. And then light.

Ah, Five was having such a long dream.

Five: Where are you? 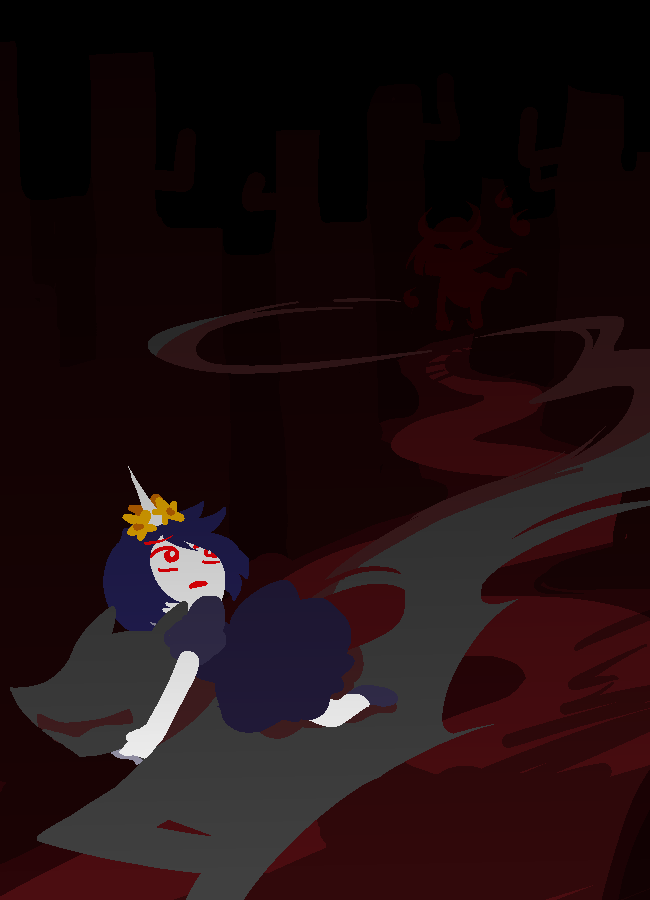 Five was running away with Ludwig down the path. Aria told Five that path is safe, so Five and Ludwig followed the path.

There were mean evil spirits on the path chasing Five! It was scary, but Ludwig was a good and fast boy. Ludwig tried his best, even though he fell sometimes and was injured a little, but Ludwig could still move, so Ludwig ran and ran with Five to safety. 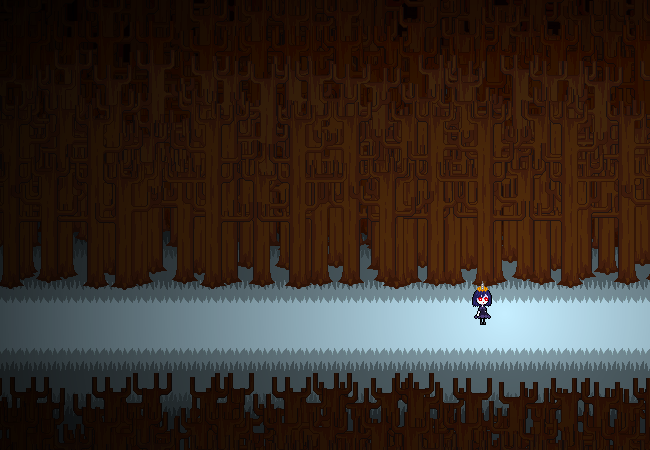 Five realized. Ludwig is not here!
Ludwig was just here resting with Five, before Five went to have a long dream. Ludwig must have left while Five was in Five's dream.