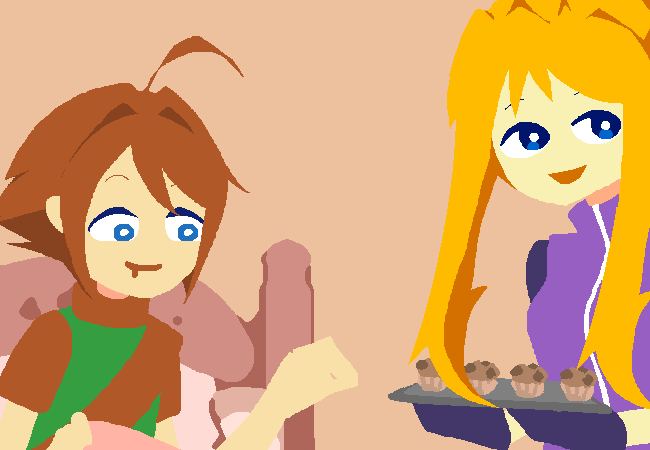 Aria : Nino is frothing from the mouth due to those muffins! Prepare for muffin based combat. 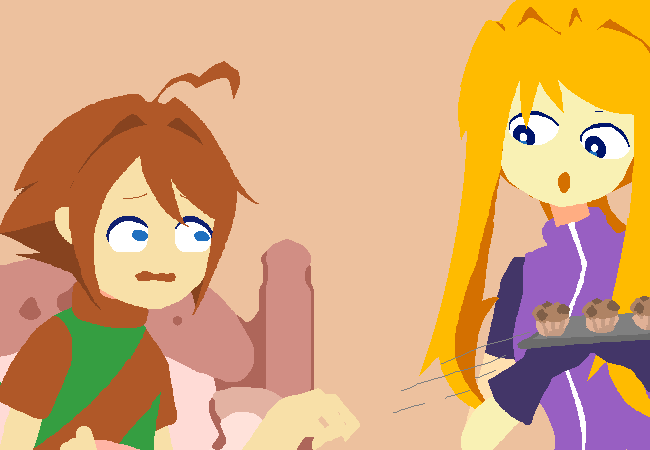 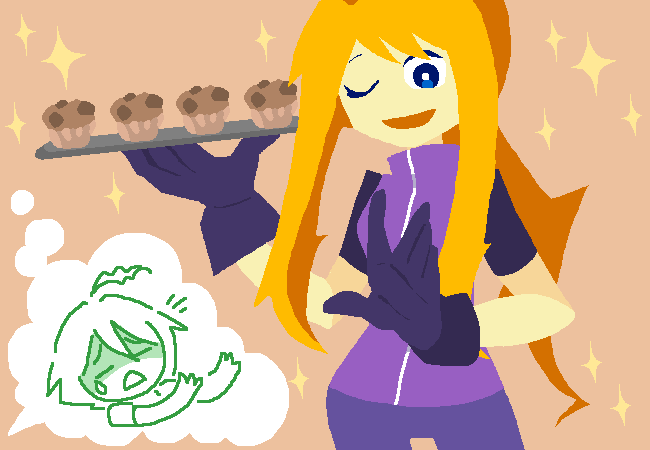 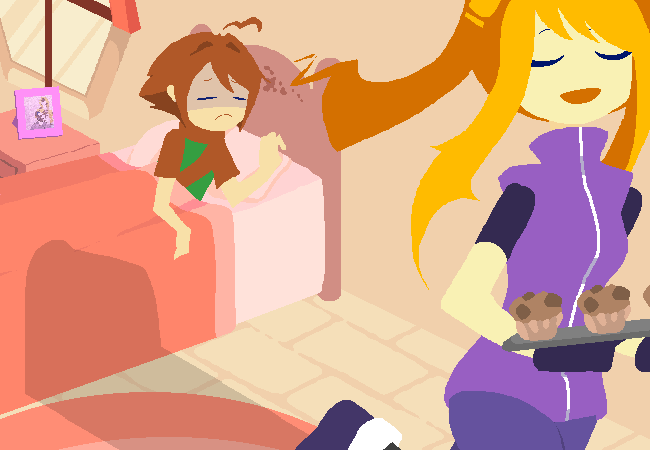 Disregarding your pathetic numerous attempts at pleading, Aria merrily skips off to prepare the tea, leaving you in the dust with a growling stomach and an aching head. 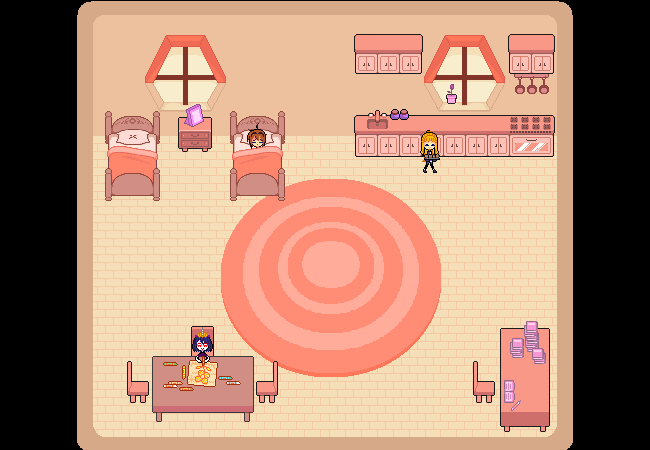 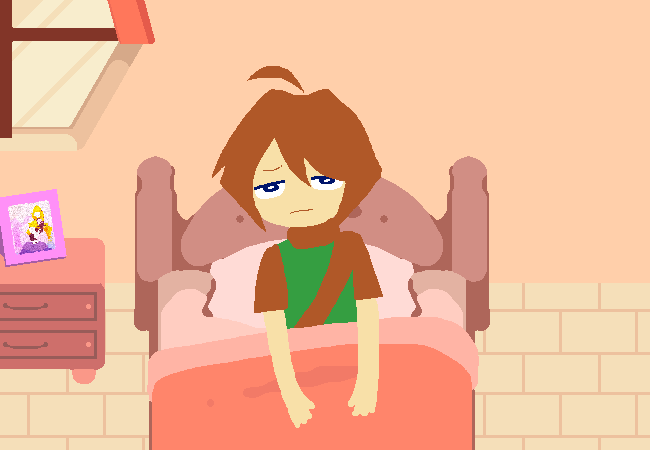 This is SO unfair, but you GUESS you just have to put up with it, for the sake of Five's tea party. She deserves it after what she's been through! And also you guess tea sounds pretty nice right about now.

Speaking of Five, you wonder what she's up to? 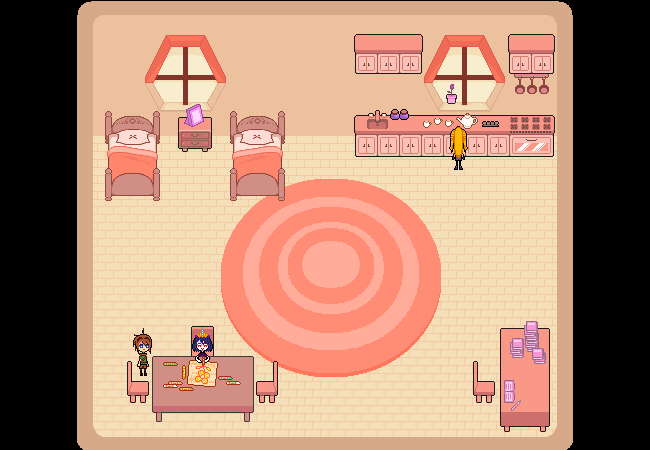 You stumble out of Aria's bed in quite a messy drunken manner, which won't be illustrated for the sake of saving what little dignity you have left, and finally you wobble over to where Five is. Man, you should've slept some more.

Nino may be malnourished due to the war, he may also be in the war because he hated monsters due to them killing everyone.