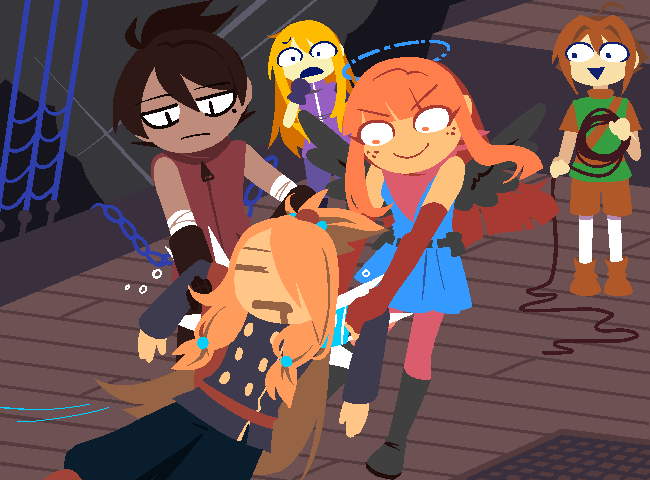 Oh, god.
Such a pathetic sight.

Nevermind! Try being someone else. 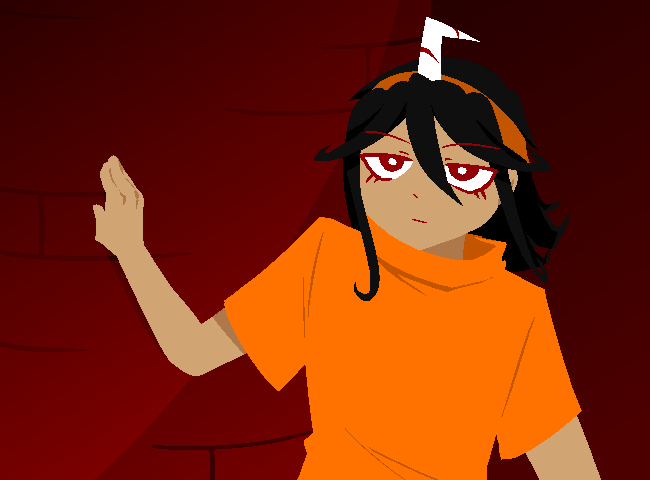 Desperate to run away from that humiliation, are we?
Well, since you asked so nicely.

You are now this presently un-humiliated person, in a completely different world, ascending the stairways of the Garnet Royal Tower.

Solis: Were you called in for an audience with the prince? 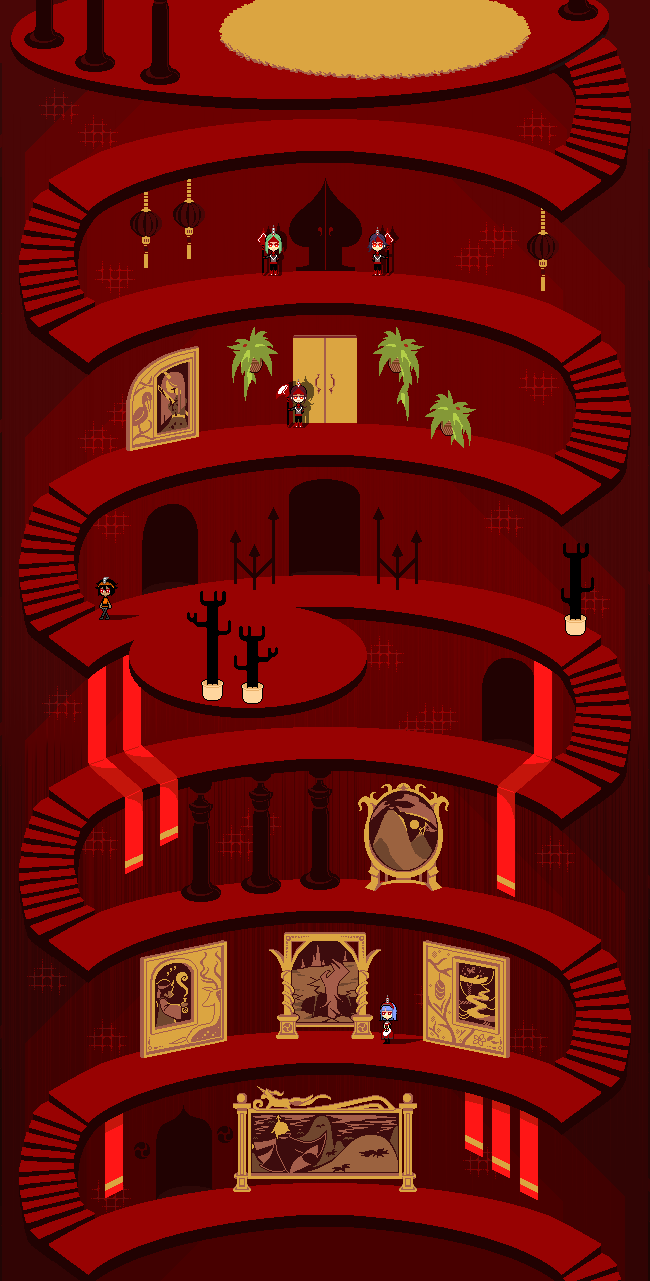 It's the other way around.
This time, you've returned to see his highness of your own accord.

Hopefully, you can have a conversation without Corona's interruptions for once. 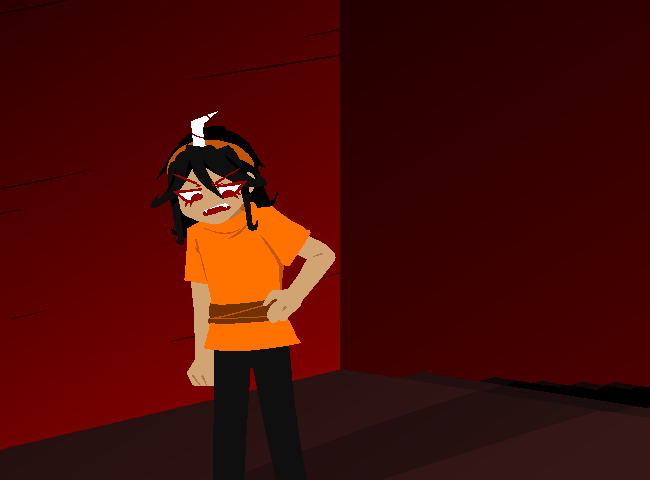 Screw these long spiraling stairs, though!
You've just cut quite the distance all the way from your hometown to this tower in the Royal Meadows, and now, you have to go up all these god damned stairs just to see his highness for a few minutes.

There's exactly 66 of these steps in your path here.
Yes, you were counting it in your head, is that a problem? It better not be.
What's with royalty and their love for long spirally stairs, anyway?

If only there was an easier way to lift someone up to a higher floor of a very vertical building somehow. Say, to elevate oneself instantly, without all this climbing of steps.
Yes, that would be quite handy. Too bad it's just a random crummy idea that doesn't exist anywhere ever!!!

At least your legs just got a great workout. Ha ha. 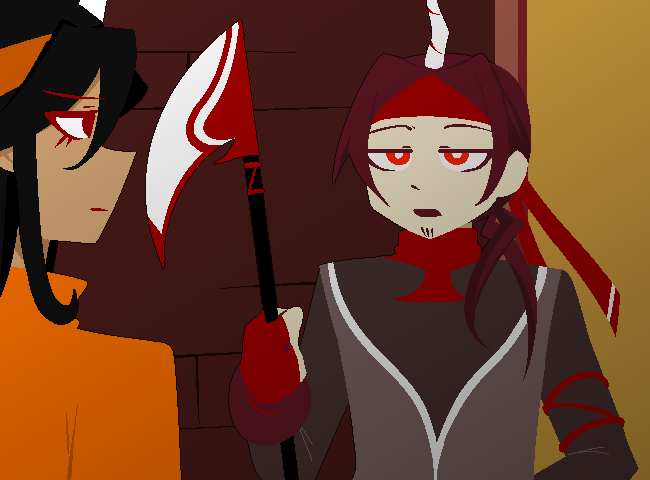 State your business, the doorkeeper demands.

He's a new face, which means...
The previous one must've messed something up somehow.

You inform him that you've come for an audience with the prince.
Weird, he says, his higher ups hadn't mentioned anything about a direct visit to the prince this late. He says he can't just let you in.

Whom did you get permission from to come this far?
He asks so pointedly, even raising his weapon.

You say...
Just inform the prince that it's Solis Ardor, and that'll be enough. 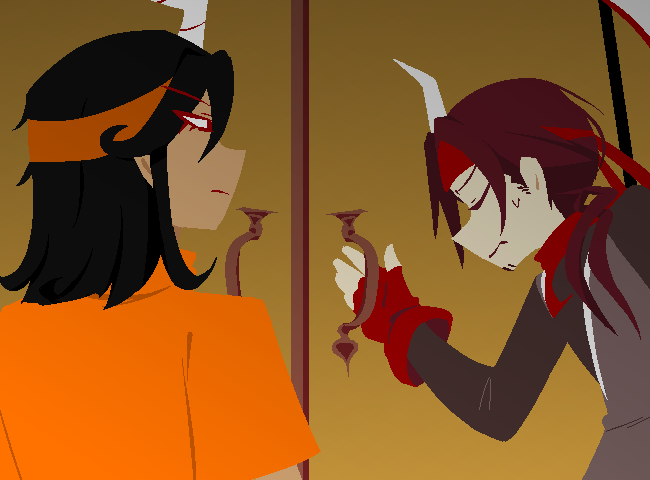 He immediately steps out of your way, apologizing for the disrespect as he moves - predictably so. Please, feel free to proceed at once, he says.

Yeah, right.
These guards should know their place.

Solis: Are you THAT special of a person around these parts? 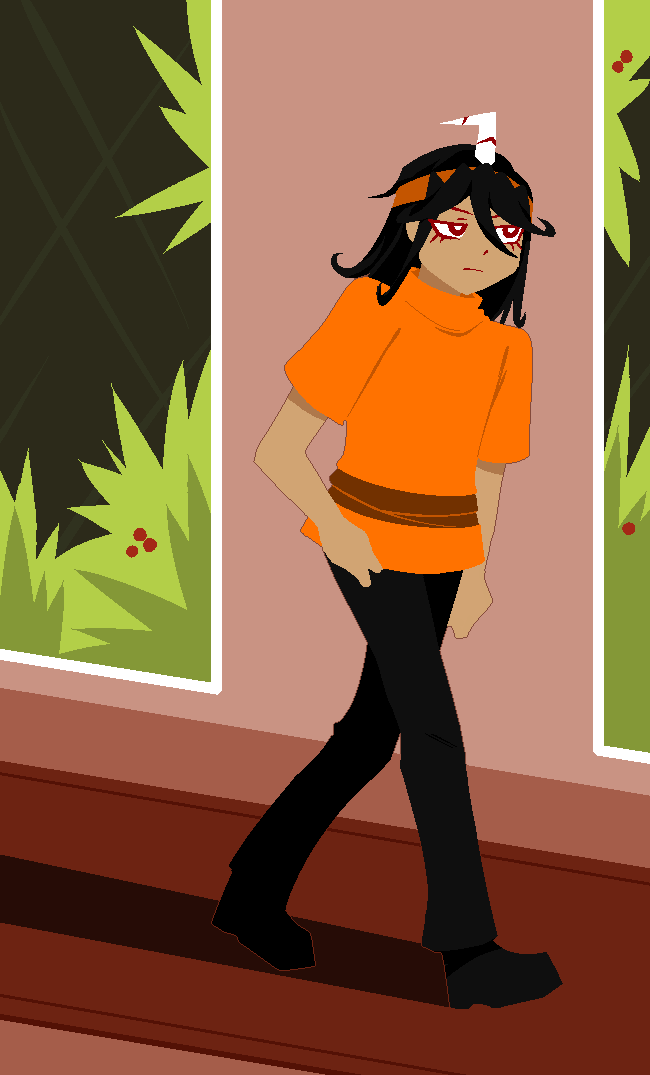 Your name is Solis Ardor, and you certainly ARE someone special.
...Even though you never manage to look the part.

You're so special that you're worthy enough of the prince's immediate attention, in fact. His highness requires no formalities if it's you at his door.
After all, the two of you have known each other for a long time.

You were raised to become as dedicated and honest as an Ardor should be, a quality you keep close to your heart. It is no exaggeration to say that loyalty to the throne literally runs through your blood.

That surname carries quite the weight with it.

As soon as any monster heard it, they'd quickly acknowledge that you are his highness' most loyal of followers. And surely, you perfectly embody the expectation.

You have never once doubted your prince, and you never will. 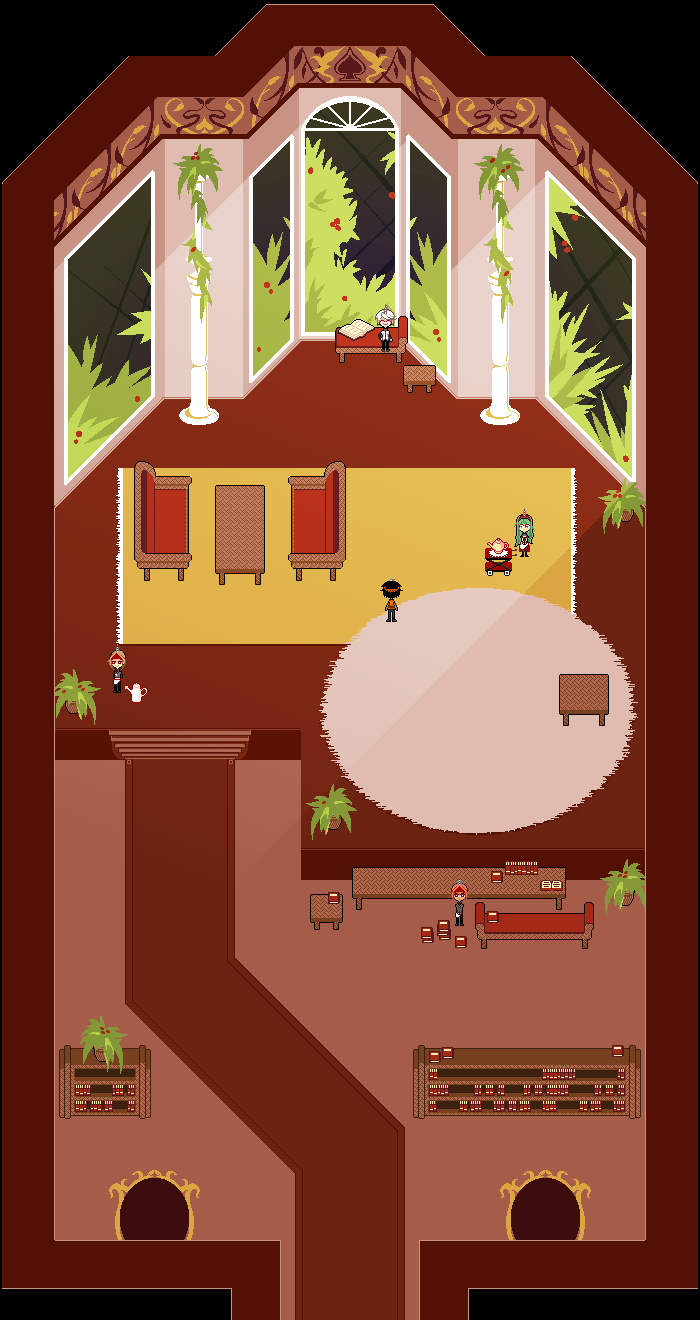 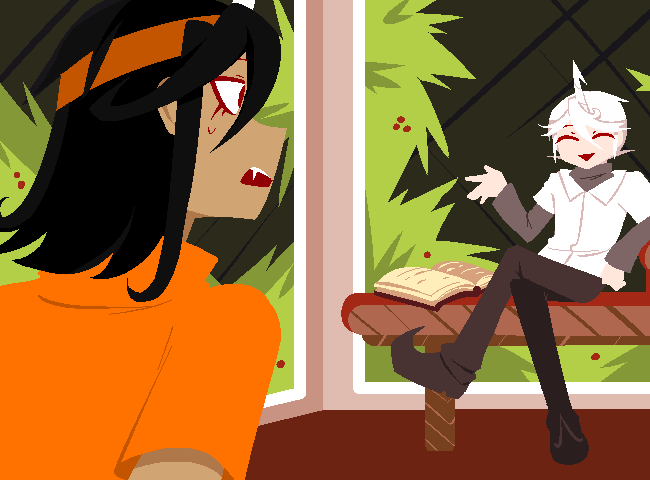 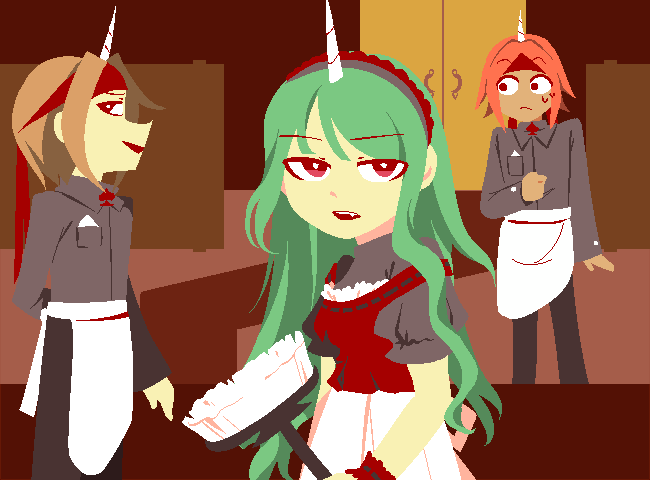 The workers protest the order.

One says she's not done yet with her work here.
The other says he's just gotten started on his part as well.
Yes, they say, they'd all rather finish it now than later.

Otherwise, if delayed any more, it'd take time away from their mandated break. 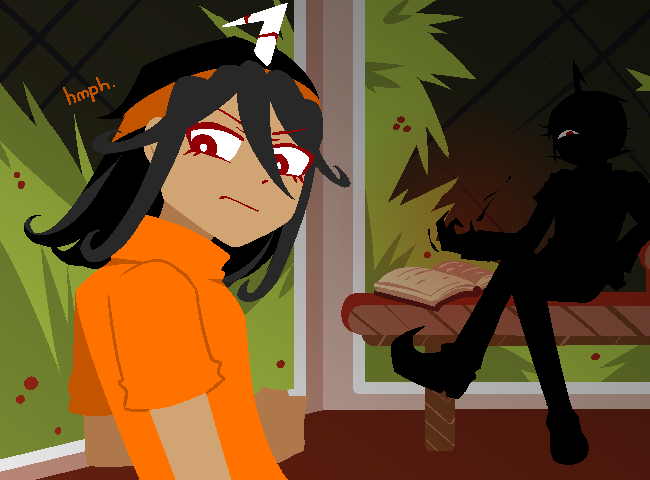 Do these fools know who they're disobeying so openly?
Witnessing this much audaciousness out in the open disgusts you.

You instinctively scowl in their faces. 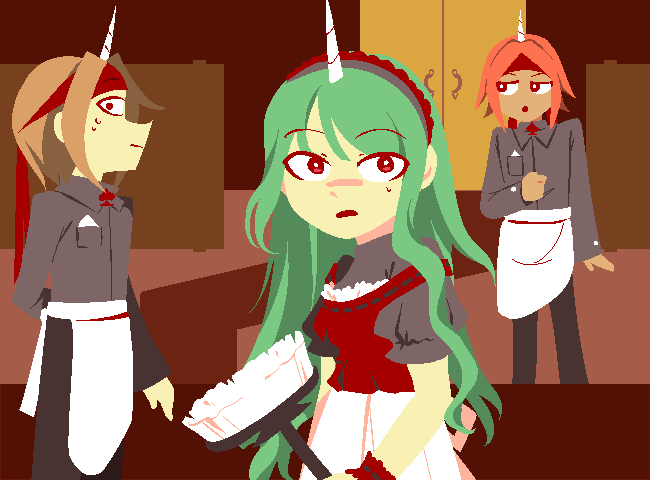 But at least...
It seems that they're quick to realize their mistake, for some reason.

Maybe it's because they saw the sheer condemnation in your eyes?

Yeah, that's probably it! Any disobedient servant would flinch at clear disapproval coming from an exemplary guard such as yourself!

Workers: Scurry out of the prince's spooky sight at once. 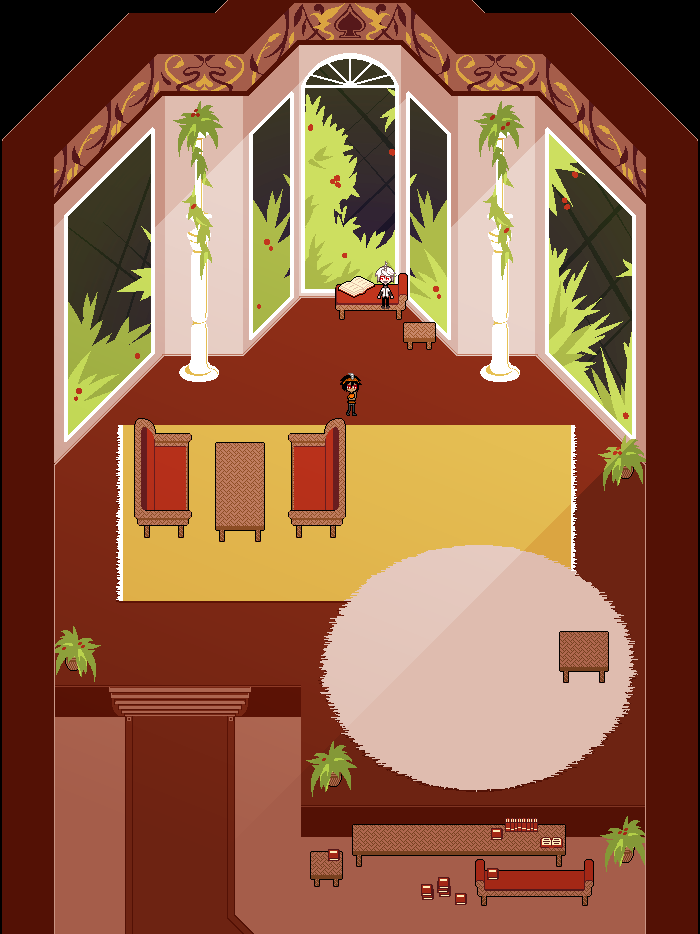 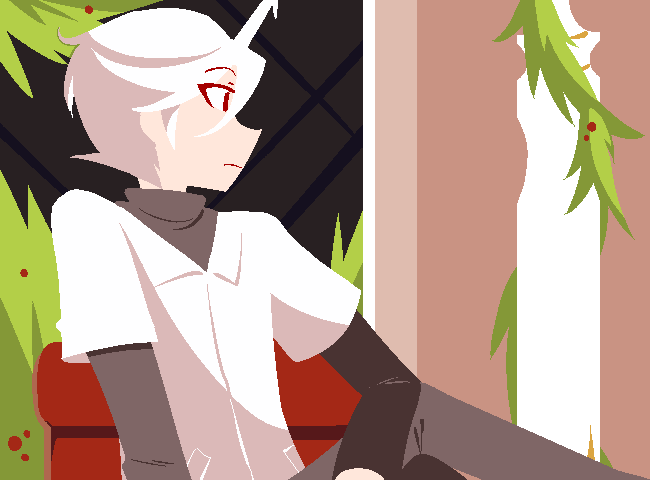 Yes... as you said, you are an Ardor.
The most honest and loyal to the throne. Anyone would acknowledge that you're one of the prince's best followers, if not THE best.
Anyone who acknowledges your loyalty would also agree that a loyal person should be kept close. But instead, this loyalty was punished.

Cast aside, and doubted. Once, twice. At this rate, just one more time, and it might never stop being an annoyance at the back of your mind.

Just be honest, as you always are.

Solis: What troubles you? 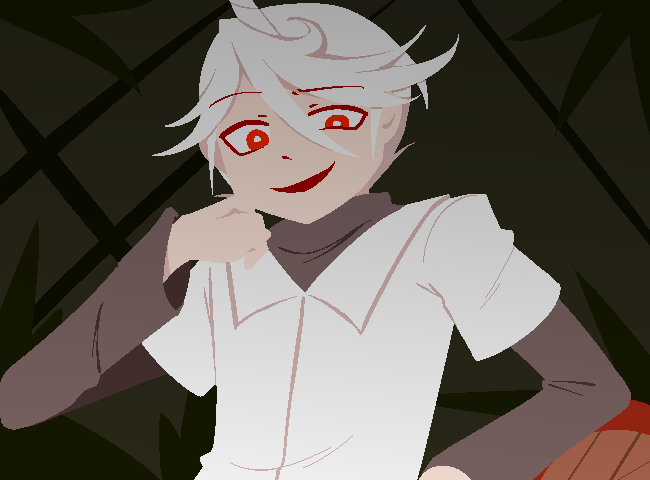 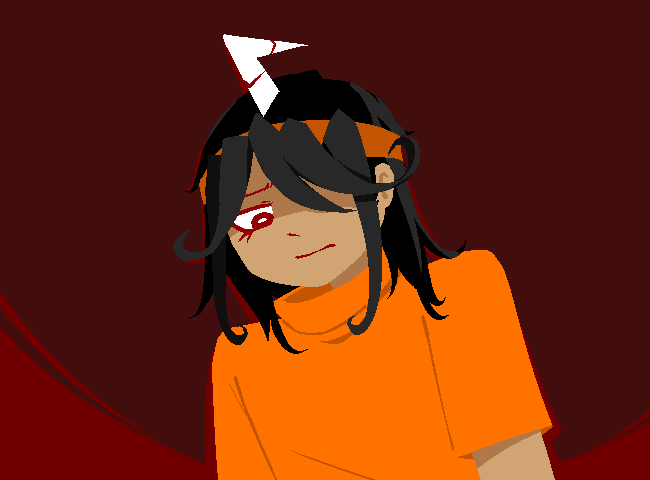 Yeah, maybe it's better to just be upfront.
Seems like you've already lost any semblance of good faith, anyway...

You're different from those two, whose concerns seem to end just by his highness smiling and shooing them away. You know him best, after all.
And, unlike them, you actually care about maintaining his trust in you.

Over the years, you've callously carried out so many shady tasks in the name of this trust, only to learn today that its been eroded enough for his highness to consider resorting to spies. You wonder just at what point did it start diminishing to reach this sad degree, all without your knowledge.

Standing here, you feel that no apology could make up for what's already gone from his trust. If only you didn't get swept up into the pace of those two in the first place!

Now, the question is, after all that happened...

Just how much trust between the two of you is left?

Since it has been so very long in real-time regarding the events that the characters are referencing in this update, I felt that it's only fair to write down a little note about it here.

In this meeting ,Solis is concerned about what happened in this previous update most of all:
https://oceanfalls.net/p/1373

Which is a direct consequence of what happened here:
https://oceanfalls.net/p/1369
Which was Corona and Kotori roping him into their little lie, and thus leaving a bad impression on Suvillan due to lying, unlike how he normally acts.

YESS I HAVEN'T SEEN SUVILLAN IN SO LONG