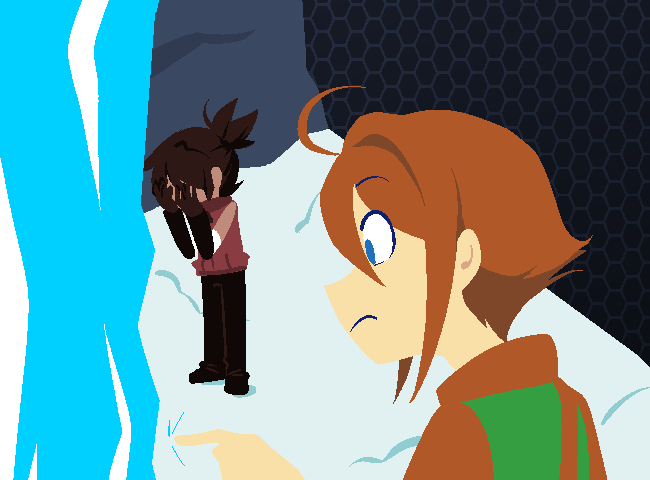 Despite the incessant swinging, this wall still stands firm in place.

It's definitely not anything ordinary, seeing that it was the product of an ability, but it's not like you needed any confirmation on that, and especially not in such a terrifying form!

Everything happened so fast, you have no idea if you're in more danger...

Or possibly less somehow, since that guy's leaving you alone for the most part. All you know is that this ice wall just separated you and Meimona. And uh, it might be the only thing standing between you and getting sliced like a steak pie by an attractive hatchet-wielding woman. That's probably one of the top 5 ways to go out with a bang, really.

Mei better hope that girl doesn't hurt her instead. 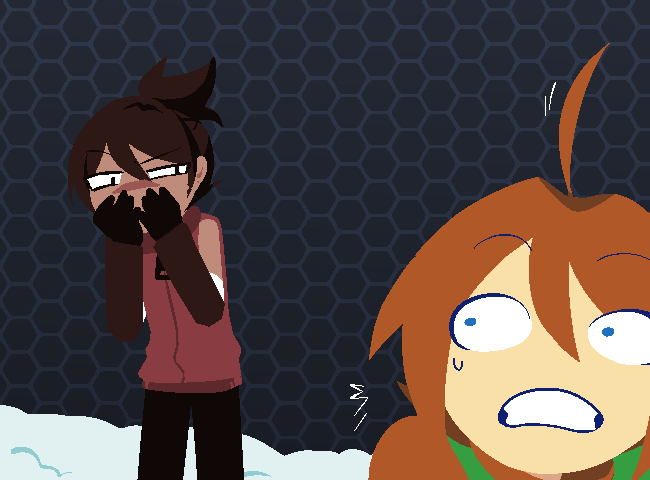 Suddenly, you feel a powerful aura of... pissed-off-ness. Yes, oh boy.
Somehow that's a thing that exists, and by god does it feel it terrifying.
Reed: get a Reed on this guys stats. 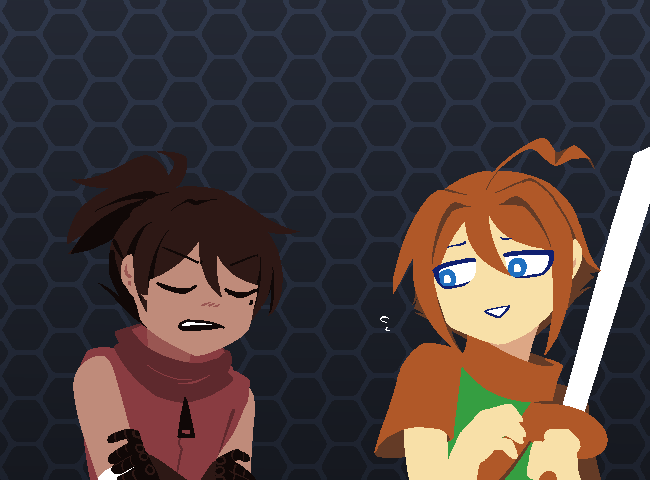 You do not appreciate that pun.
C'mon, surely we can do better than the bare minimum, yeah?

Anyway, you're not sure what 'stats' are, but with just one glance, you can tell that there's nothing special about this person whatsoever.

Mei: You've got to subdue this chaotic situation before things get out of hand. 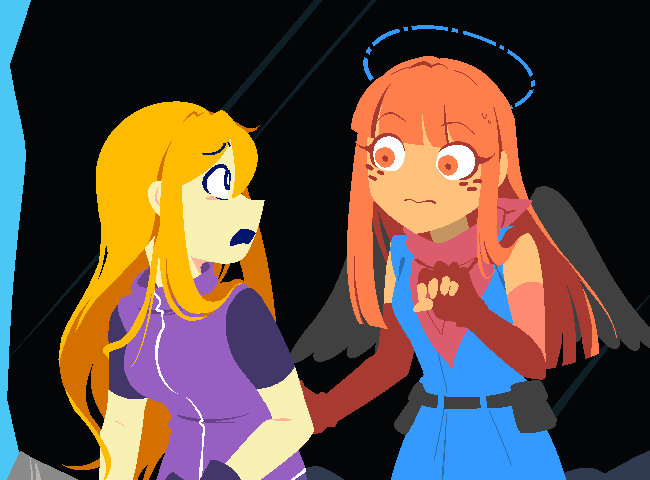 This girl's off her rocker, and she somehow knows Nino?
He didn't mention anything about this. Plus, whoever that kid who followed her is, she seemed incredibly worried about her mad friend's wellbeing.

You'd really like to know why a kid is tagging along in such a bizarre situation in the first place, but that doesn't seem like it'll be a short story.

Jeez, swinging a hatchet so wildly like that, she has absolutely no sense of caution right now. Nor does she seem to know who Kaji is, and how much trouble she and her friend are going to be in.

But most importantly, you yourself are getting roped into it all.

It's clear to you that nothing but emotions are steering her right now. You doubt she's in a state where talking common sense will do anything positive.

Instead, maybe it's best to just give her what she wants... 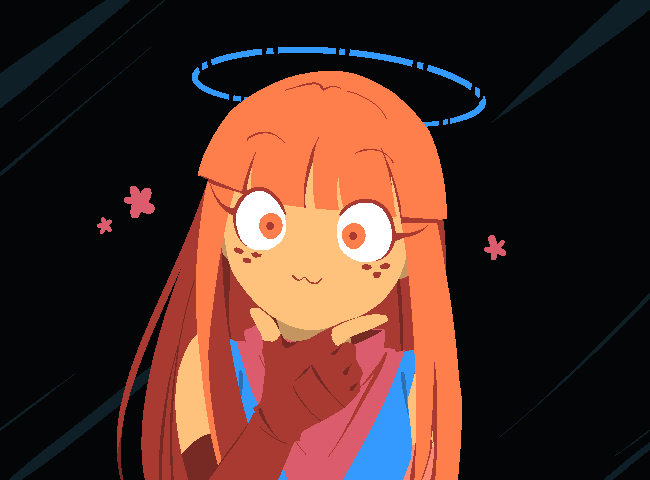 Since it perfectly coincides with what you need.

She and her friend, as well as Kaji here. They all know NOTHING about you.
This is the best opportunity you'll ever get. 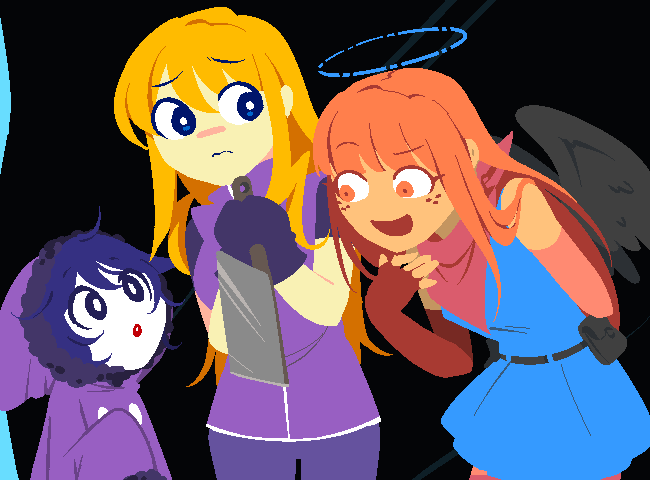 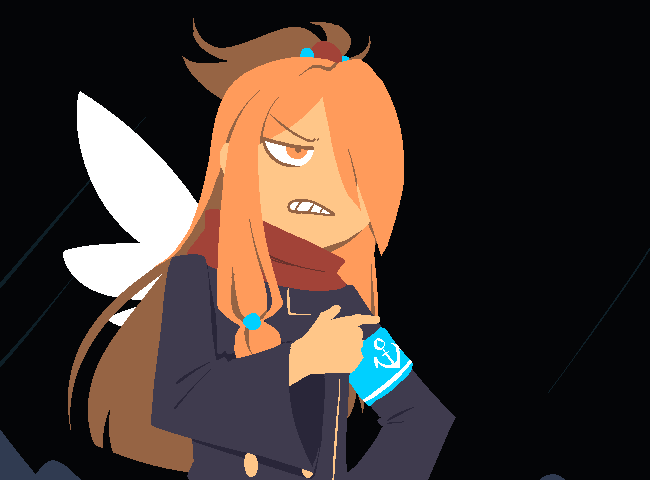 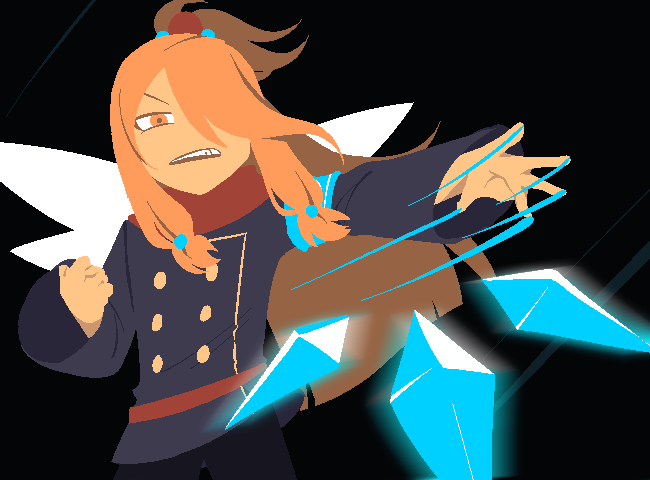 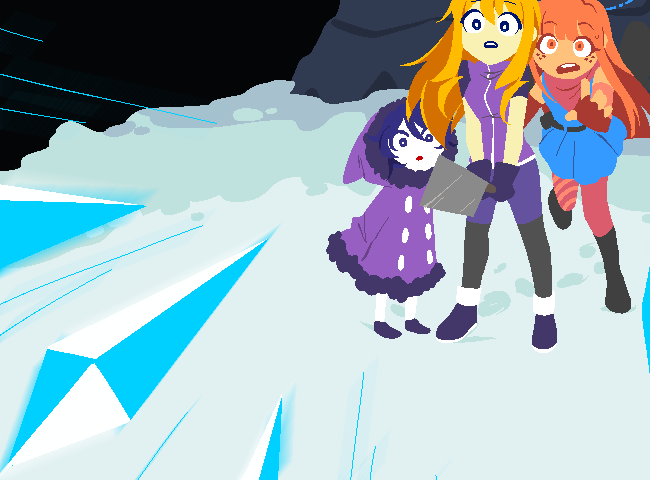 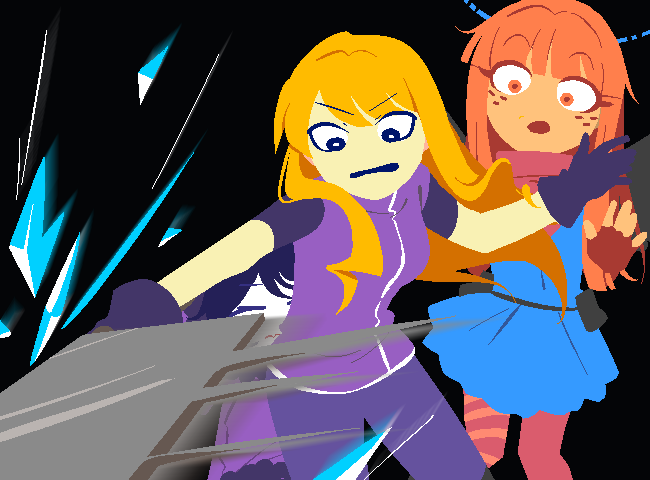 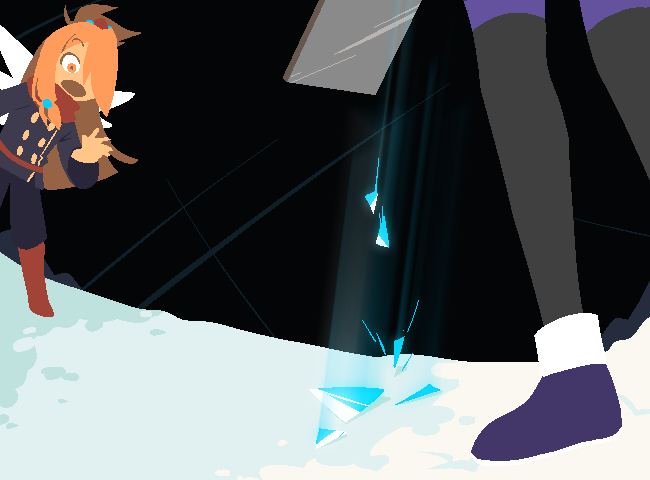 Wow... she sure has quick reaction speed!
Apparently, you're the one getting protected for once. That's not a bad surprise.
--|--> 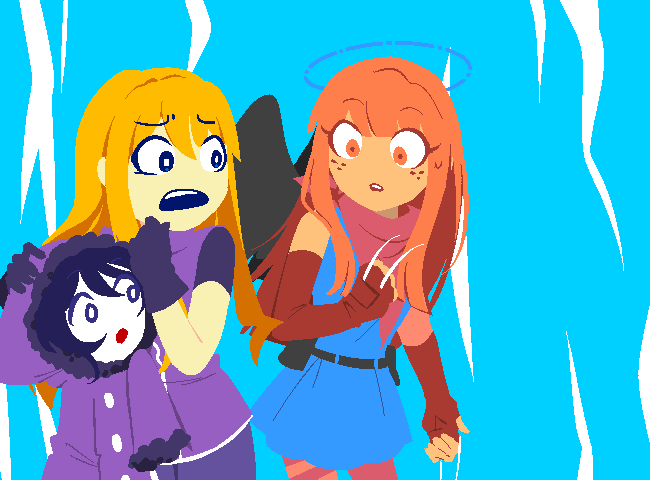 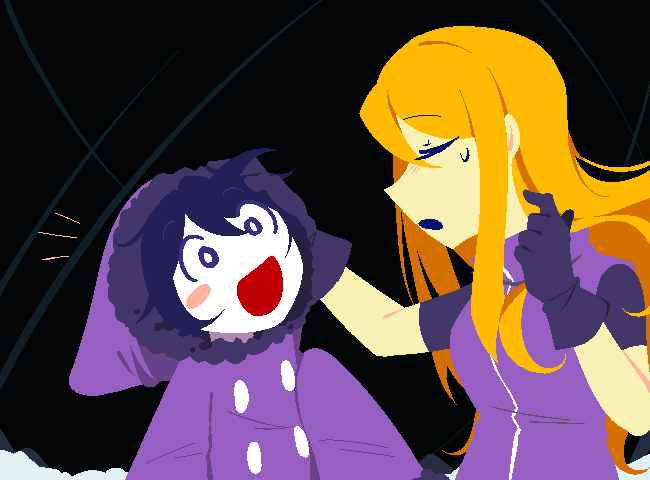 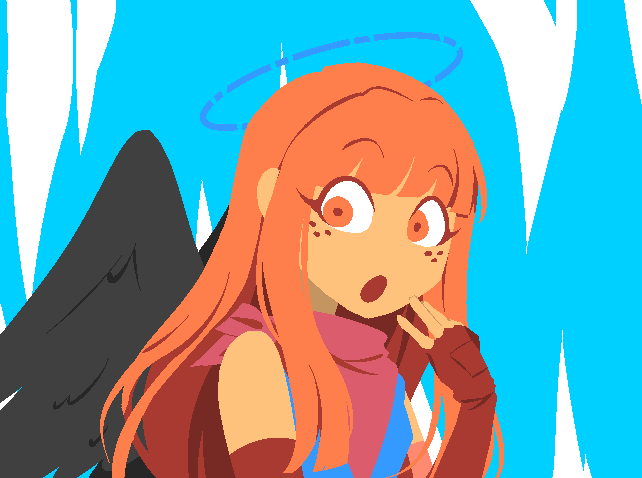 Why, would you look at that!

She's almost definitely not a bad person after all!
Nino's friends are pretty interesting, huh. They might be of more help than you first thought... including the kid, too. Is that why he kept these details away from you?

You definitely have to speak to him about this later. 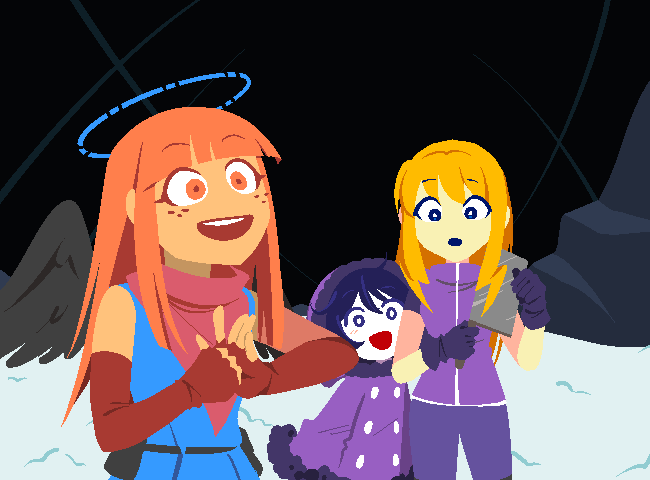 You're not going to face Kaji head-on alone, or with the lone support of an emotional fountain like this girl here... even though she's surprisingly competent with those wild hatchet swinging skills.

No, despite everything at your disposal, you need the presence of the person who'll boost your luck the most.

Otherwise, your hard work will be all for nothing!

Mei: Weaponize belief
Nino: Try not to fumble over your story, but fail miserably
Kaji: You might need to call up some backup, considering their reinforcements

Either
Nino: Fail To Explain
or
Five, Aria and Kaji all at once: Be Suprised

Mei:If Meibe this doesn't work run as fast as you can by claiming that the punching of that wall is a distraction. This girl seems pretty obsessed about Nino, so claim that your tactic was also a distraction to 1. Spare Nino of this guy or 2. Sneak attack Kaji.

Nino and Reed: Ice-guy is the biggest threat, if the wall falls, double-team him with Reed distracting him, while Nino charges up a dice attack, but only K.O him Nino, don't kill.

Let me tell you some bullshit right now, that's not a knight of hope, that's a really good page of hope. An impossibly perfect page of hope yes, but a page of hope nonetheless. Knights wield the weapon. Pages are the weapon.