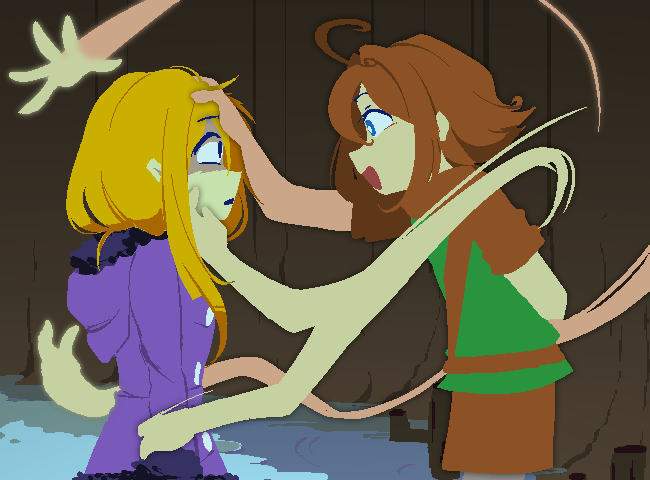 It's too bad she's going to have to find out this way, isn't it?
Really, if only you were honest from the beginning. I hate liars, you know!

I won’t forgive you for letting me die, though.

I was still so young! I too had ambitions, dreams, and goals to live for even if I couldn’t remember them all at the time, you know?
So. It’s only fair that you take responsibility now.

You are a human too, you will pay with your soul like I did. 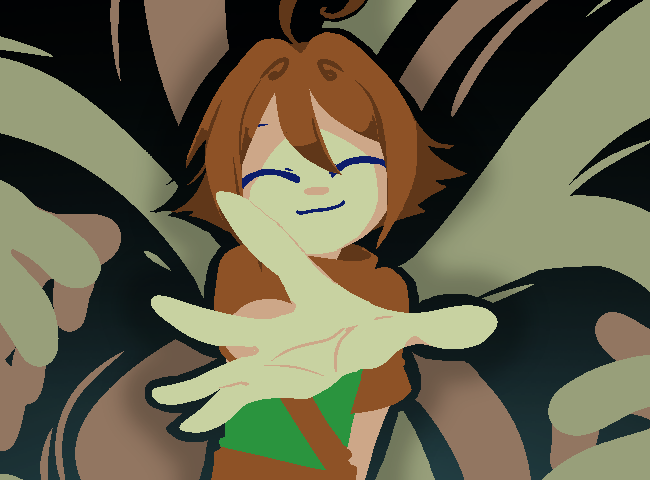 Don't worry!
This way, you won’t be a bother anymore!
...
Good. Being so resigned will make it easier. 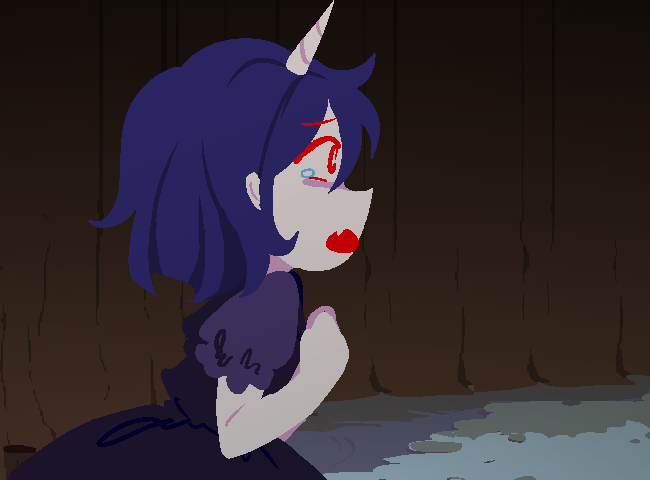 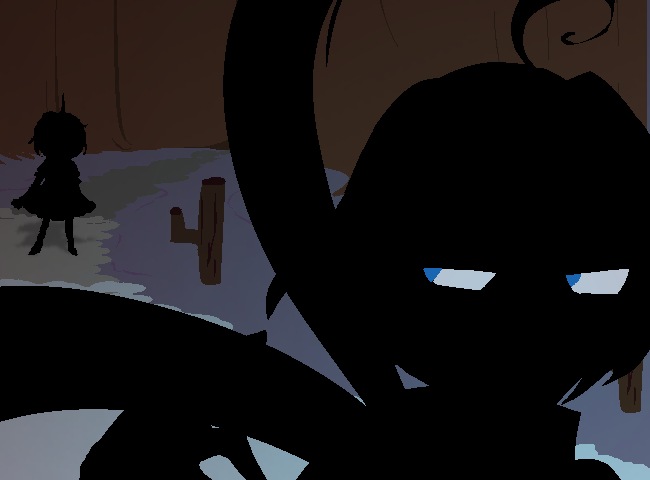 Oh, seems like I forgot about that little bother.
No matter. It's useless at this point.

It's clear as day that this human has completely given up. 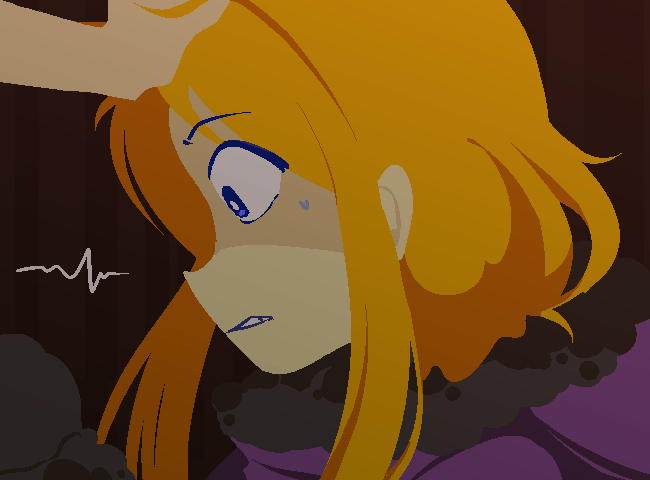 Five: That you know so too!

Aria: Snap out of it. 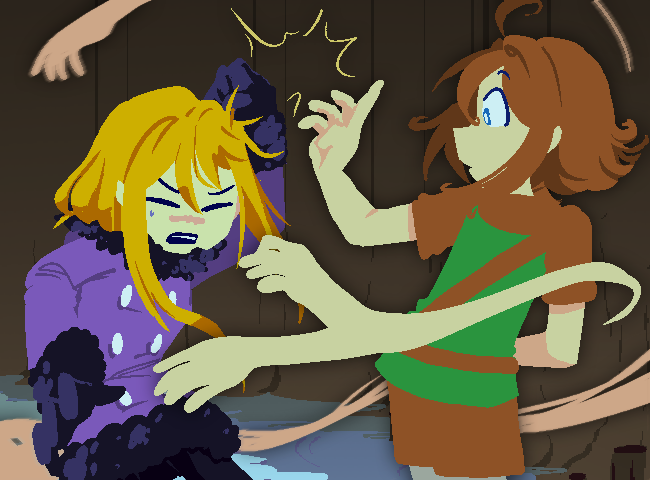 That’s right, Five is still with you.

What the hell were you thinking.
You have to survive for her. 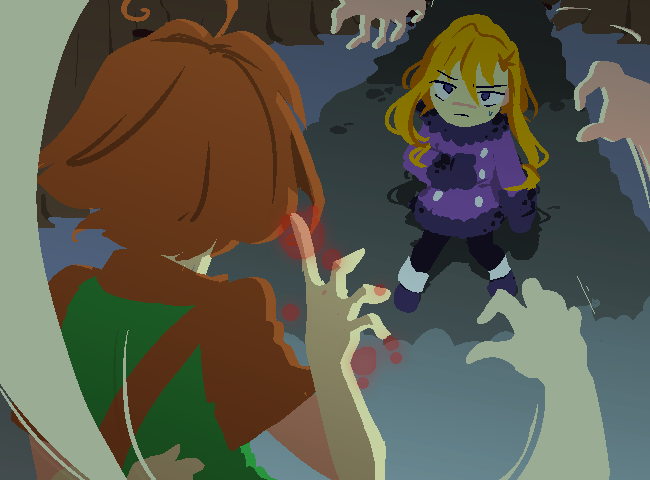 Since the start, you could have easily seen through ME.
But you wanted to keep the illusion?

And even I can tell that while you’re still resigned to die,
You chose to fend death now?

Aria: You’re a mean impostor, spirit.
Aria: Although, I think you’re right.
Aria: Someone like me has no right to live after all. I do believe that.
Aria: But right now, someone else’s life depends on my survival.

...Interesting.
Is this how you see yourself? That's so sad!
Then, human, what's the point of trying to survive now?

Aria: That doesn't matter.
Aria: I have nothing to say to you.

Come on! Don't you see?
Why writhe and struggle at all...
If you don't even want the life you fight for?

Aria: Your words are not going to work.

This is what that human threw his life away for?
I wonder what he would think of this woeful display!! 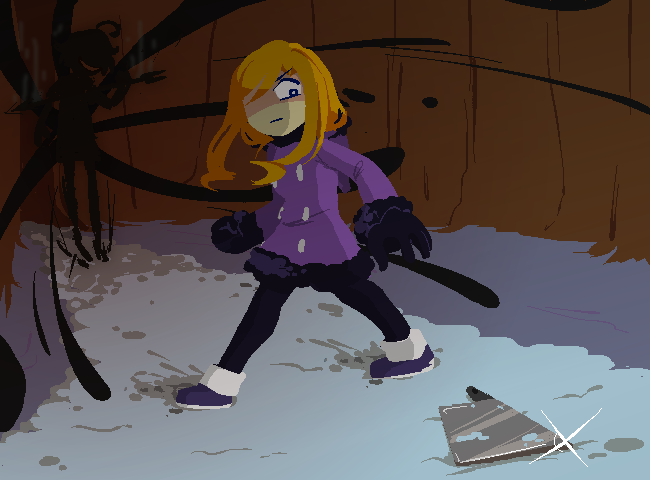 Forgotten so soon after death by a dear friend!
What would he say! Surely he’d despair.

Aria: It doesn’t matter at all when I can’t even ask him.

Oh? But you can talk to ME just fine!
--/-/->
Subscribe
Login
3 Comments
Oldest
Newest Most Voted
Inline Feedbacks
View all comments

Aria: He was a hero, you are not. You are just a coward who lives in the shadows disguised as someone else. And the best part? You don’t have any true power. Because he cared. You don’t. Because your just a fake. A spirit too weak to do anything but Manipulate others. Like every other imitator spirit here.

Aria: Cut his dick off.