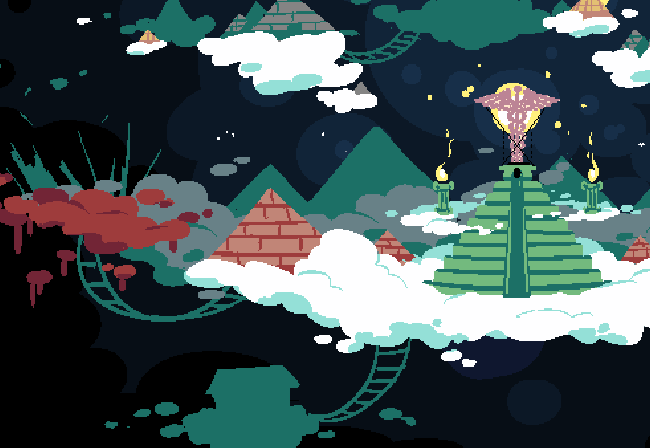 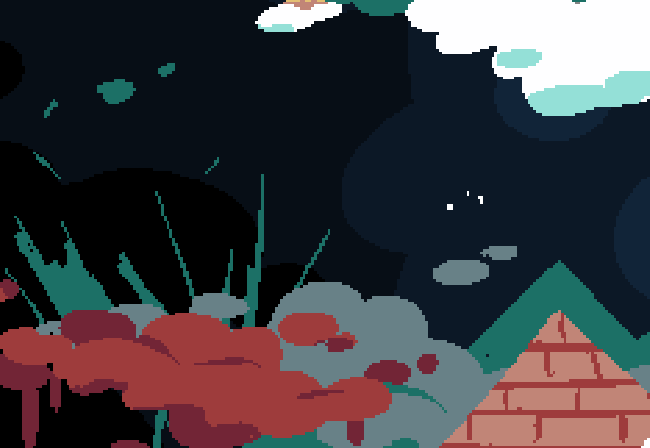 The world chosen for Cinders to live in is cruel and loveless.

One where survival came only through one's strength, from even the first moment of life.

And so, to understand it, we try to imagine some of those first moments. 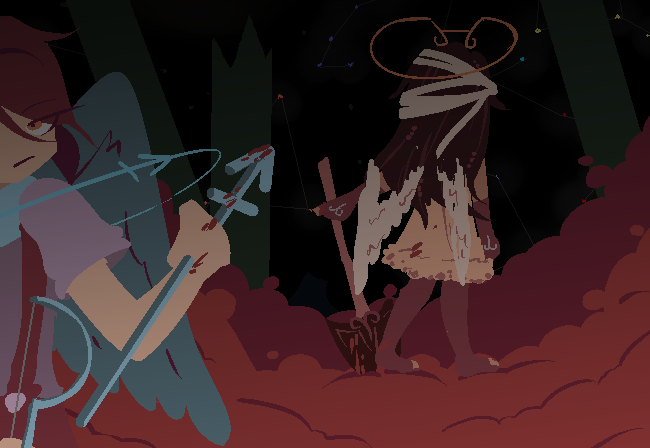 In the winged overworld, the persons tasked with the job of killing newborns are called Collapsers.

They roam the Nursing Fields, where young winged descend from the stars during the darkest hour of nighttime, and they carry out a process of extermination every night. This job is one of the many extremely important jobs in the winged overworld, as to keep the order established by the Princess safe and sound. It is also the hardest job possible for winged, besides the job of being the wise and fair ruler of them all.

But our human minds lead us to wonder... 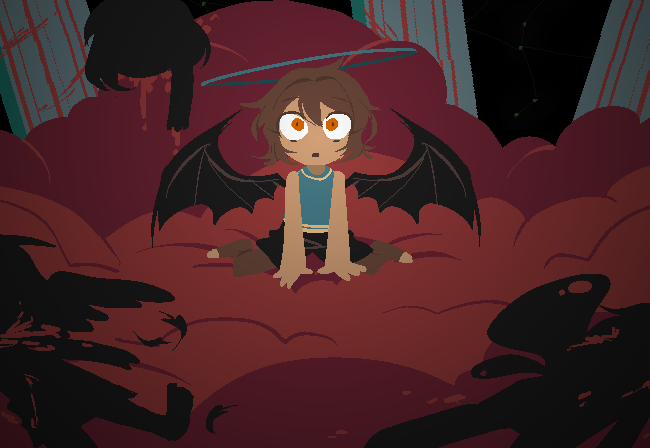 And that wonder is indeed very human in nature.

For the winged, what we call cruelty is normal, and the opposite is unnatural. Mercy, parenthood, family, the mere idea of a higher being being such as a parent, taking care of another lesser being as their child, for no compensation or gain? That is the height of insanity. This is a world that operates on indebtedness, where acts of kindness are only done for profit.

The closest relation to a parent and a child in this world is the relation between a worker and their master.

Of course, this is mostly the case for those whose existence was not planned at all. The children of stray thoughts, who nobody wanted to exist, and so they aren't allowed to. 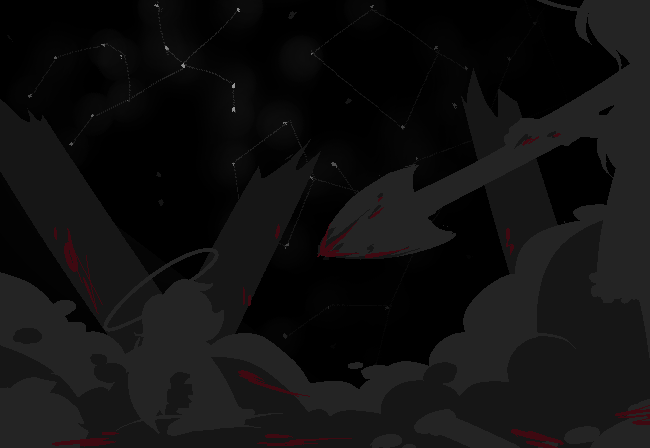 At times, through strange luck, those unplanned few may survive the extermination of their own strength. It would no doubt be only the first struggle of many, many more in the aimless life they had just earned.

Next, what job do they have to fill? What role are they here for? Where will they go next, for whom will they work? Is there anyone who would offer them food and shelter? Even the basic necessities of survival such as those are only given to someone wanted by someone else, and for the unplanned, there is absolutely nothing. There were simply no plans for them to exist in the first place. Nobody had wanted them to exist, and yet, they still managed to. The life of such a winged is no doubt one lacking in many basic privileges and rights.

They are undoubtedly devoid of use.

On the other hand, those whose existence was fully planned, allowed by the princess herself to exist, were welcomed with widespread arms.

Lucky for them, the Collapsers have no work to be done regarding their birth at all. But this is not to say existences who were planned were also loved, not at all. Rather, they simply came to be because there is a position and a role needed for them to fill, and for that, they get the basic right to exist. Someone higher desired working hands, and so they wished for that. Simply put, their birth was for a purpose. And when there is purpose, there is also shelter and food.

So this norm of making it so no unplanned birth will be allowed to last, when viewed under certain lenses, could be said to be an actually rather merciful act. 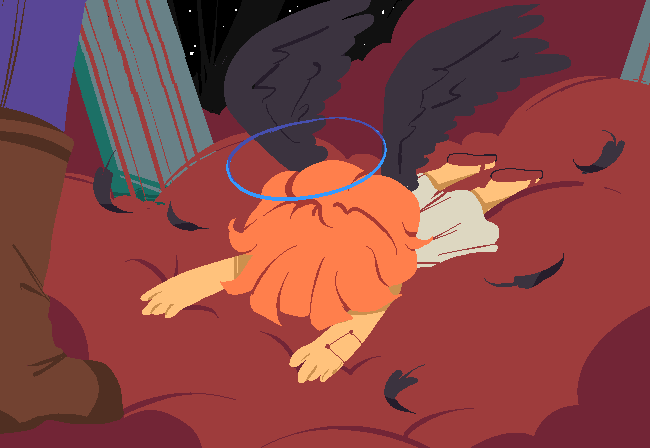 Looking at it from that angle, if an unwanted existence continues, nothing but hardships and suffering awaits it. To instantly crush all of those possibilities is only for the best. At least, that's how the winged think of it, and it is no doubt what the dutiful Collapsers tell themselves every night in order to continue carrying out their much needed job.

But despite all that, sometimes, and very rarely so, some unplanned existences may be rescued before the Collapsers' sowing by merciful passerbys.

But for the winged, learning mercy is like going against their very instincts. 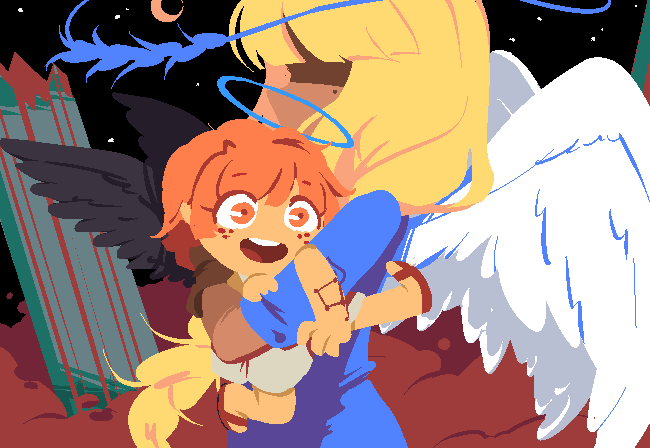 It could even be said to be like willingly developing a mental illness.

No doubt are such merciful winged shunned in their world, and no doubt that such acts are very hard to learn, as they require the winged to be going against their basic innate nature. But nonetheless, such few rare occurrences do happen.

Perhaps only for existences that fate has judged befit of exceptional luck.

If the existence was a special one, created per the most royal of requests.

But cases like that are even fewer.
In fact, they are so few that there is exactly only one such special case in recent times.

See, that wasn't so hard to imagine now, was it?

Kotori: So you see,
Kotori: It's basically impossible for Cinders to ever be happy.
Kotori: When everything is so against her wish, even the world she's in...
Kotori: I don't think you can give her a good ending.
--/-/->
Subscribe
Login
13 Comments
Oldest
Newest Most Voted
Inline Feedbacks
View all comments

Winged designs in this update:

> Aria : Think of a counter-example

Mysterious winged: State name, rank, occupation, hobbies and what is currently happening along with what may have happened in the past.

wait . . . that last winged looks suspiciously like the one that can't fly(the dude-who's name I can't remember, that met with nino in the human world, pretty sure he's the leader of the sea patrol :P)

oh shit you're right. he really does :00

what if you just....go back a few pages...and find the name?

So, where do you think happiness comes from, Kotori?

clubs and hearts both at once? im drooling oml

imo, it is safe to say that this was worth the wait

i love the new update! i really like what you decided to do with the winged and their society. also dumb question, but i assume cinders represents aria?