You nearly say "THE SEA" as loud as humanly possible, but then you almost instinctively pause for a split second. You feel like the universe brought you to this very spot for a better answer than that. It would want you to answer with something thematic, something more appropriate, yes... 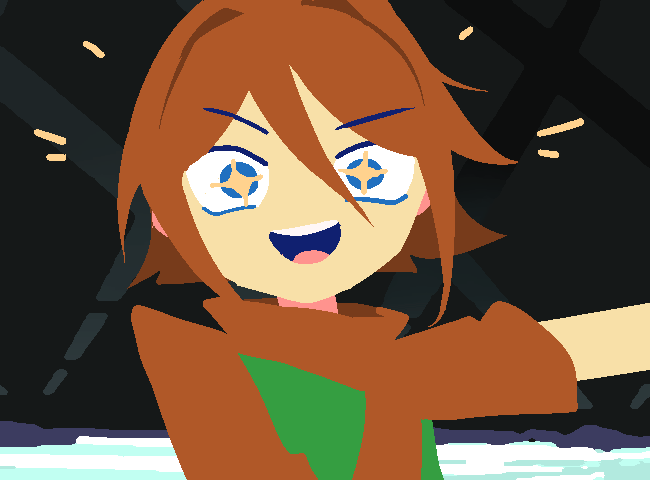 Yeah. Like that. That satisfies a few unknown forces out there. 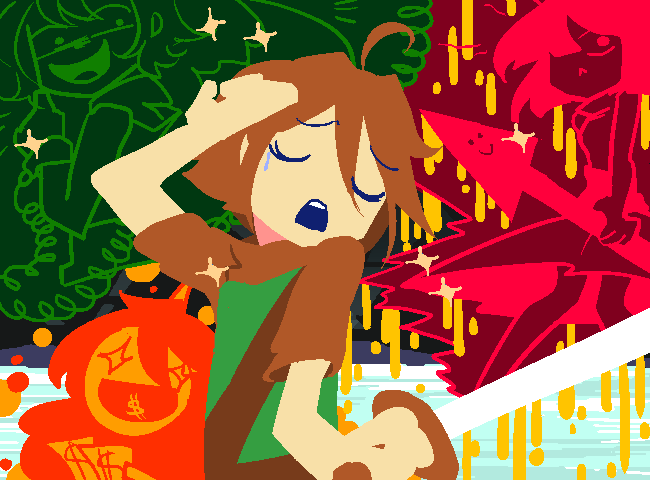 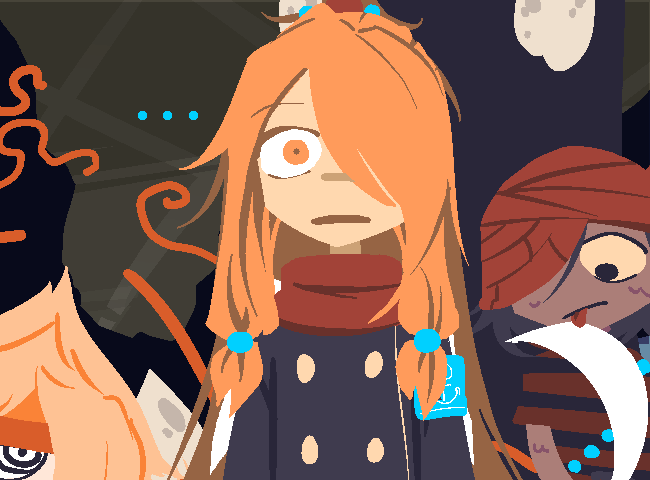 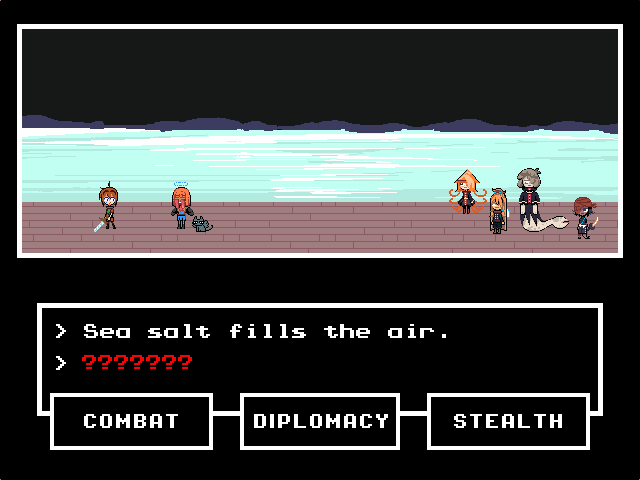 Kaji: be utterly confuzzled by the sudden turn of events 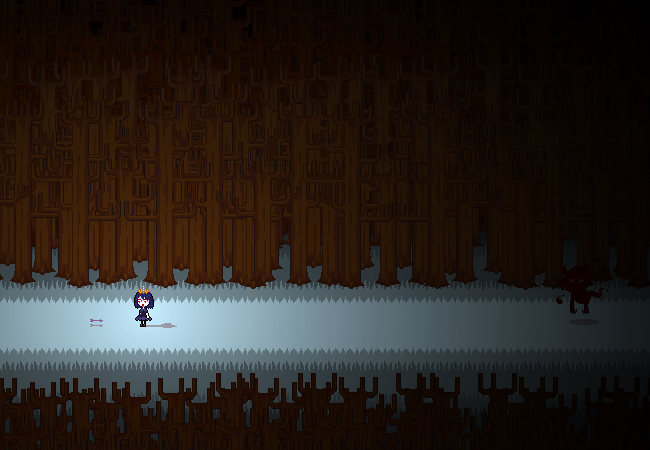 Unfortunately, Five is not a Kaji. What's a Kaji?

Five has found a curious clue in Five's search for Ludwig. It is one of Aria's arrows, no doubt! What is it doing here? Well, Five thinks it must mean Aria is here too!

And if Aria is here, then so is Nino. Five has done it. Five has surely found the way towards all of Five's friends! 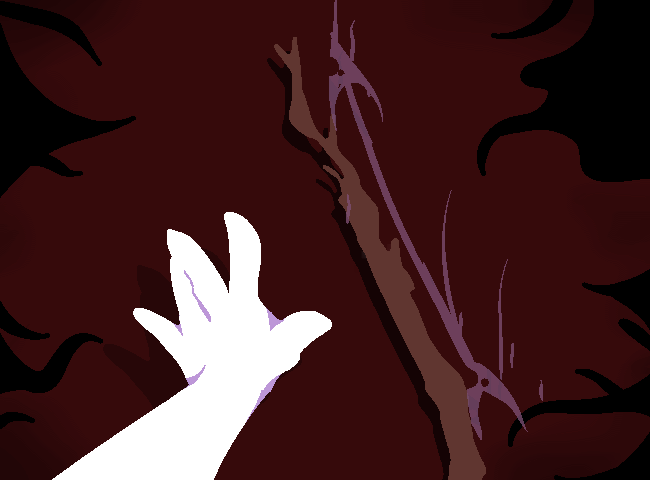 "But when Little Red Riding Hood noticed some lovely flowers in the woods, she forgot her promise to her mother. She picked a few, watched the fireflies flit about for awhile, listened to the wolves howling and then picked a few more. And then she noticed a familiar red shawl, she recognized it to be her mother's favorite shawl.
Little Red Riding Hood was mystified by the shawl being in such a place. She was so perplexed, so much that she failed to notice a dark shadow approaching out of the forest behind her.
Then, the shawl disappeared, leaving behind a mere tattered cloth.
Little Red Riding Hood was fooled by the spirit's illusion."
-/-/->
Subscribe
Login
2 Comments
Oldest
Newest Most Voted
Inline Feedbacks
View all comments

Whats with the ????? text, is it something the Pre-Amnesia Nino would do?

Could it be related to the red text from earlier in the story?