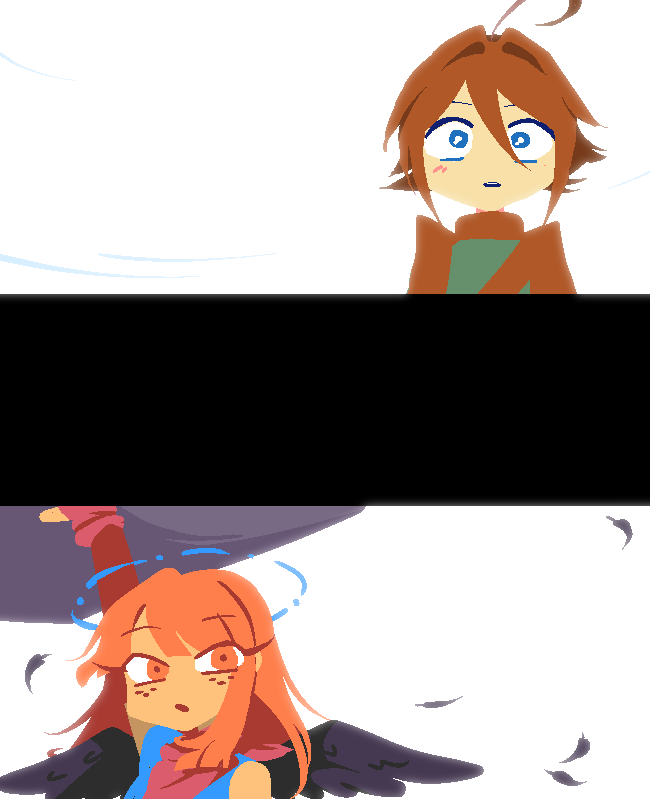 You think of many things in astonishment. For one, you think this is the thief from the poster. And she looks almost like Galactic Princess Selene's rival in season 3, the plucky gentlewoman thief who somehow steals the codes to deactivate the heroine's cyborg friend, but then in a twist of fate, falls in love with the loveless cyborg, thus kickstarting a tragically boring season of side romance. Wow!

Also you accidentally say "Woah" out loud and start to feel like a dumbass, because that was REALLY loud.

And she notices you because of it. 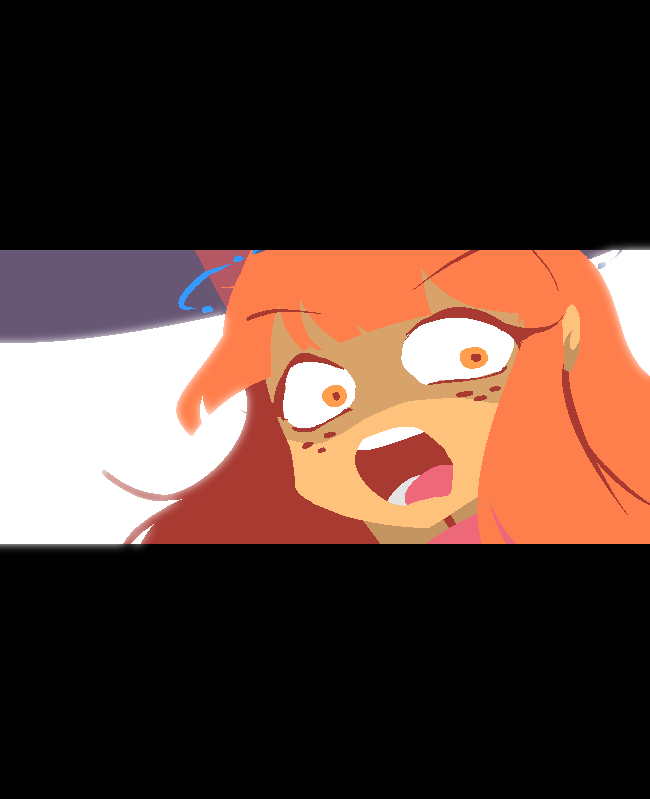 ...She VERY notices you, for some reason. 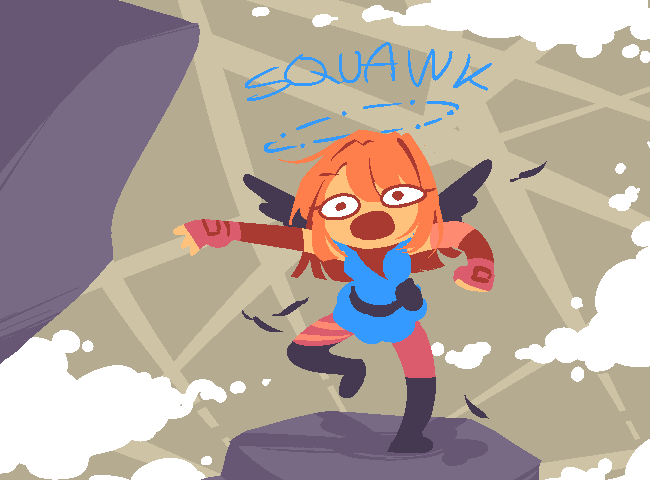 She makes a weird noise and tosses away the tip of the mountain.

Nino: hold cat closer to your chest. for protection 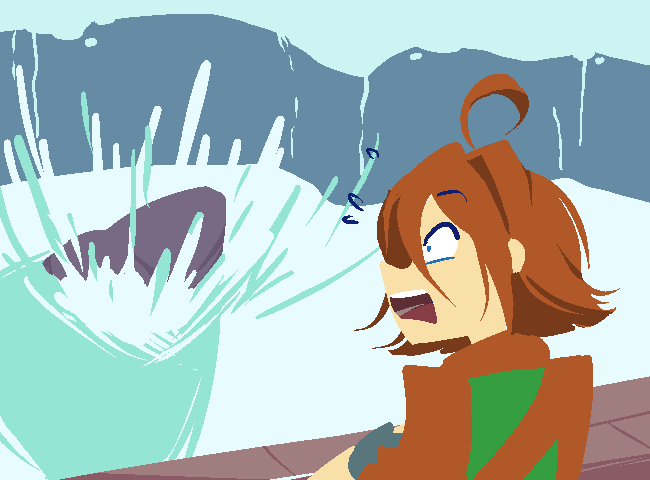 Okay, you're out of being astonished, what the fuck just happened!

The girl runs down the mountain and towards you, loudly yelling something you can't quite make out. Cat hangs on tightly and you hang on tighter. Oh no, it seems cat is very scared of her. No worries, cat, you will defend both of you with your life!

Even if the thief's strength seems a bit scary.

Nino: Die on the inside 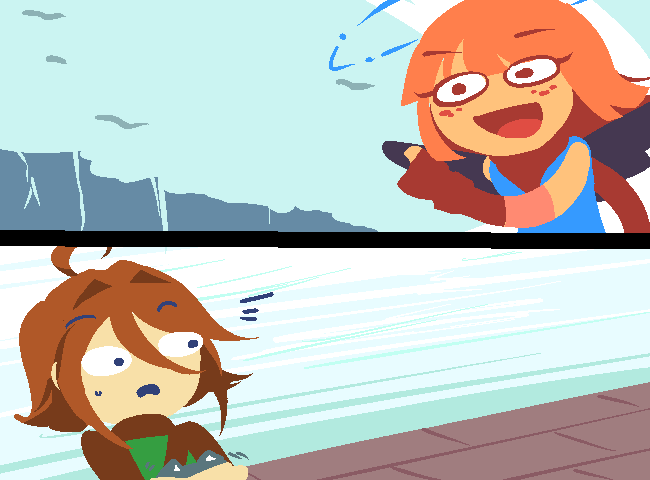 You scream at her to STAY BACK because you have a VERY, VERY, VERY SHARP SWORD!

Unfortunately your voice cracks a little and it also doesn't look like she's affected at all by the threat. You're not even sure if she heard you. Just then, she yells something at you.

"MY BOYFRIEND", she says. 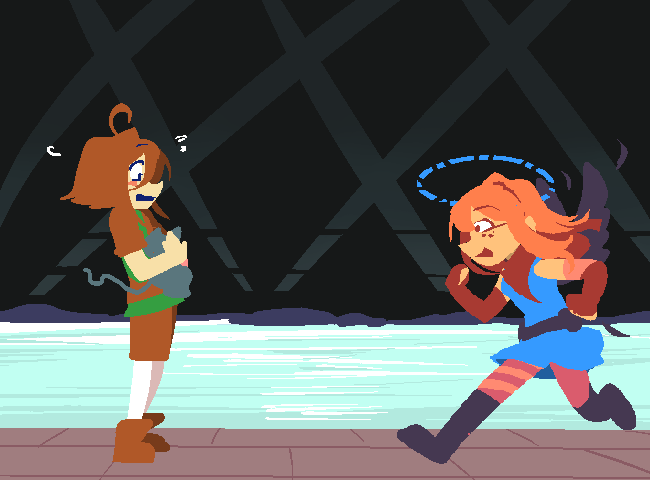 You began to freak out. What the fuck!

You say oh my god, no way. You mean, you have a girlfriend? Is she your girlfriend? You yell "PLEASE HANG ON I DON'T REMEMBER DATING YOU ALTHOUGH I'M SURE THAT IT WAS NICE BUT UH WAIT WHY WOULD I HAVE BEEN DATING A WINGED NOT A HUMAN EVEN IF IT'S UM A CUTE ONE AND WHY WOULD MY GIRLFRIEND BE A CRIMINAL I DON'T UNDERSTAND-" 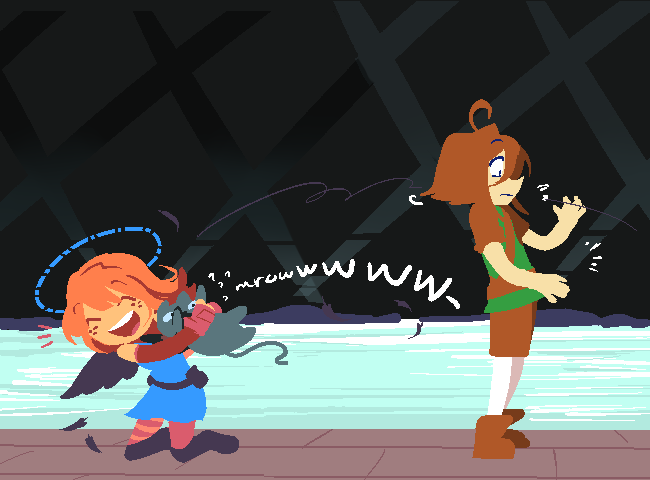 She heard none of what you were saying. 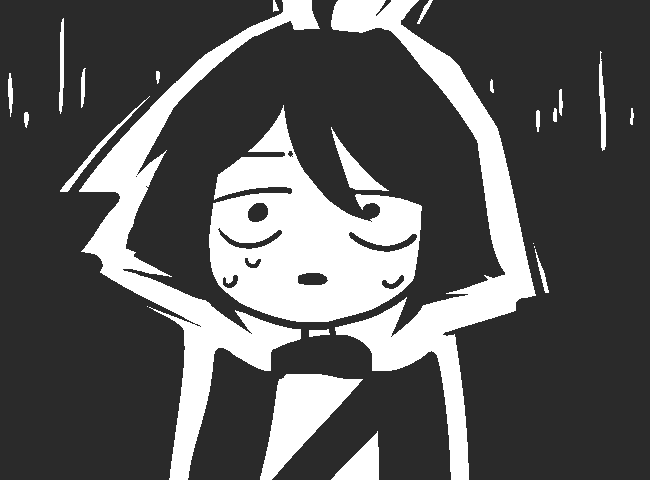 WHAT. Why is the cat her BOYFRIEND?

Wait, she took cat from you! No!! You can't lose the cat!

Nino: STAB HER BEFORE SHE STABS YOU WE'VE BEEN HERE BEFORE 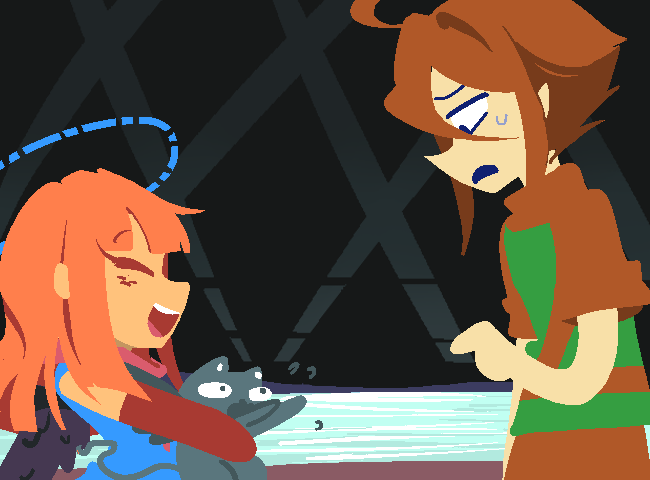 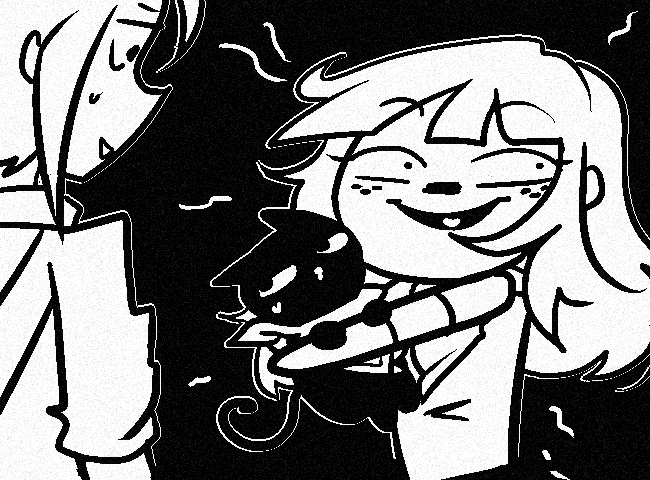 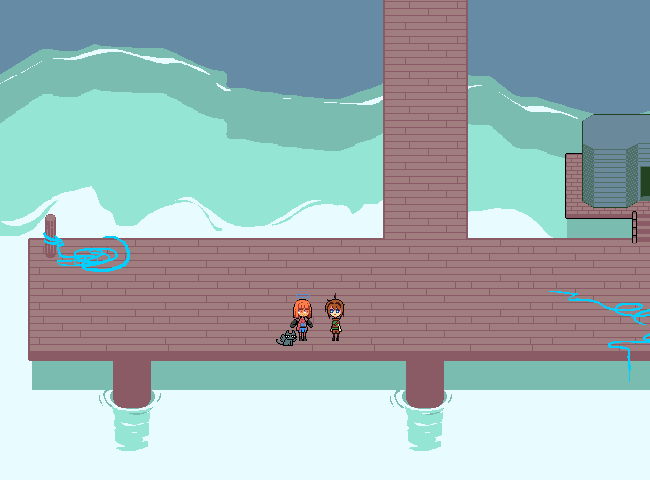 Okay, I'm rereading and this is an incredibly small nitpick but after Nino's panic about Mei being his girlfriend, there should be end quotes after "I DON'T UNDERSTAND-"