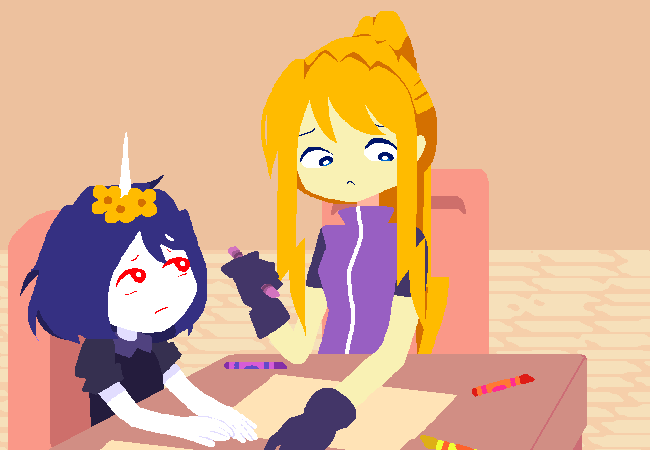 No... Not really, it's more like the baby is sitting YOU.

What a sad miserable person you are, you've already let Nino down, and now you're letting a small child down too. She REALLY wants you to try drawing something with her to feel better, but you REALLY don't want to do anything except shrivel up and die right now.

You briefly wonder what Nino's up to? Probably talking with Kotori, you guess.

You regret driving him out so much. 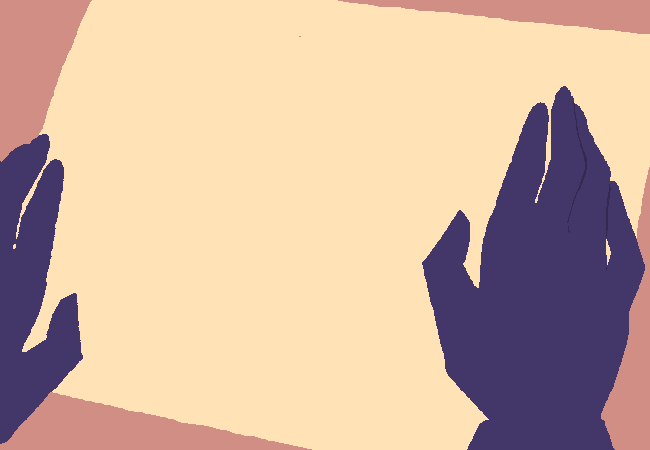 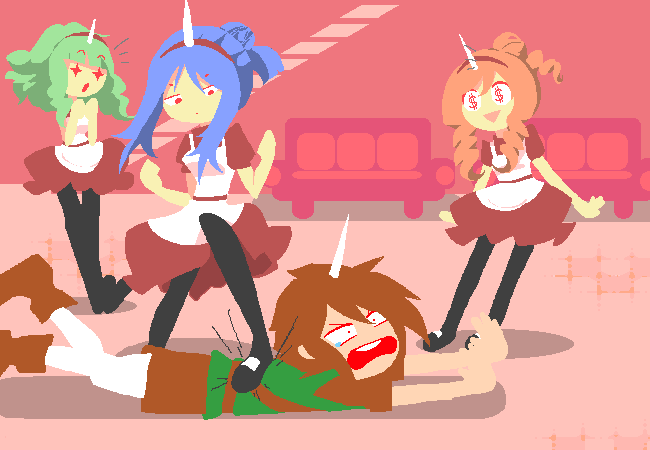 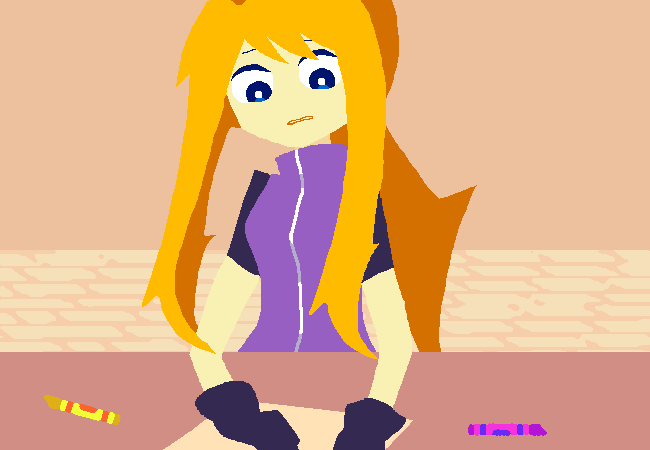 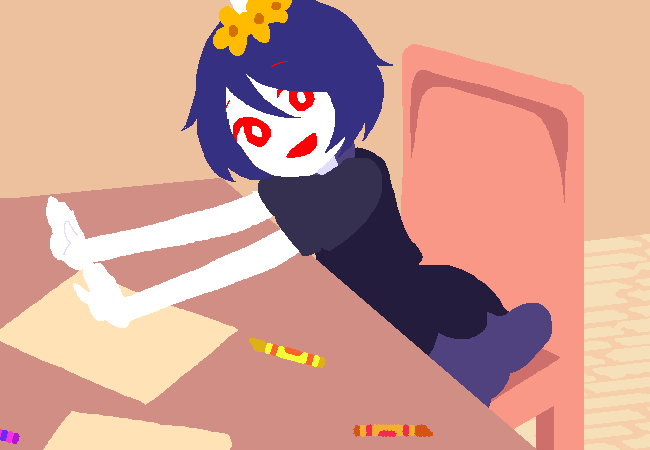 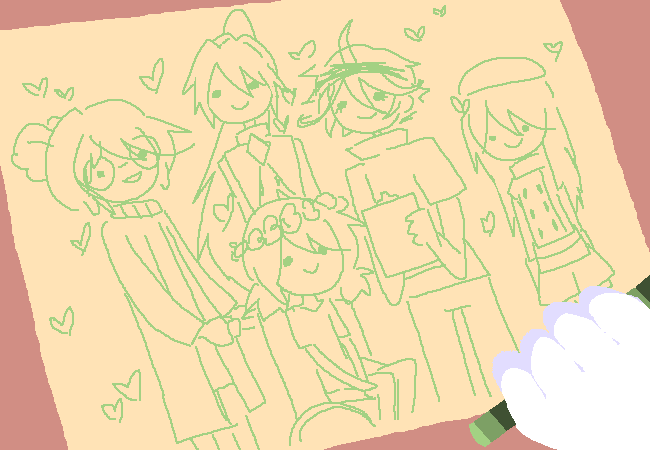 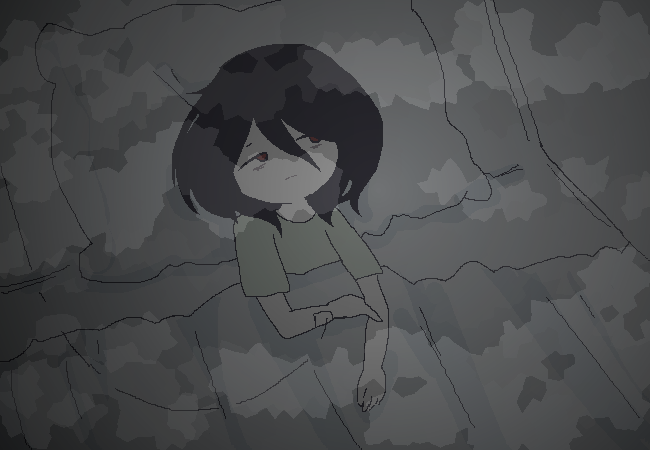 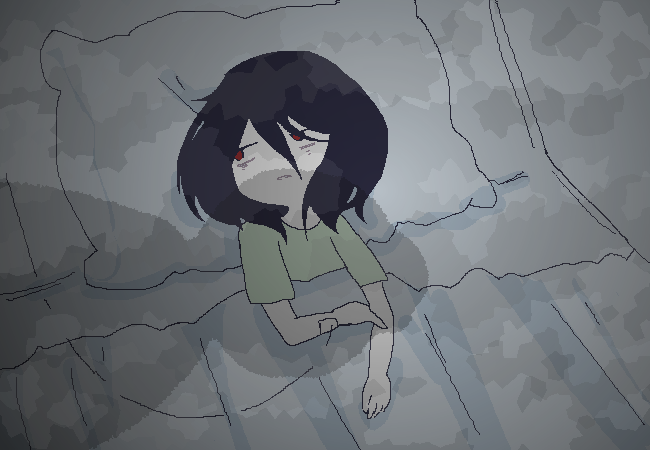 They definitely coexisted in peace as pointed out by decoder in his notes.