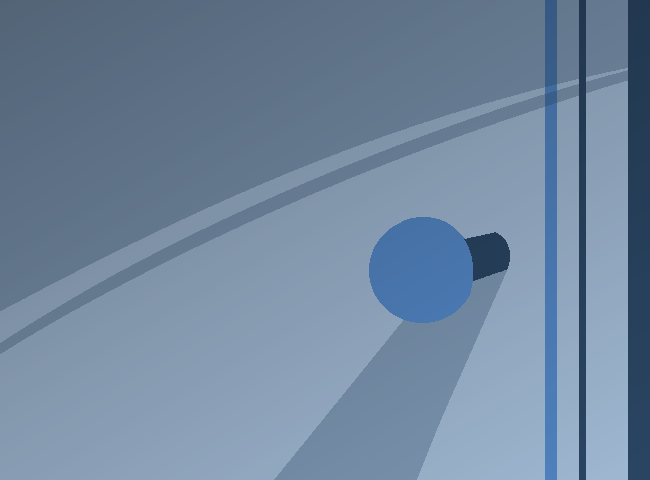 Aria: Wait, what does Nino not recognize? 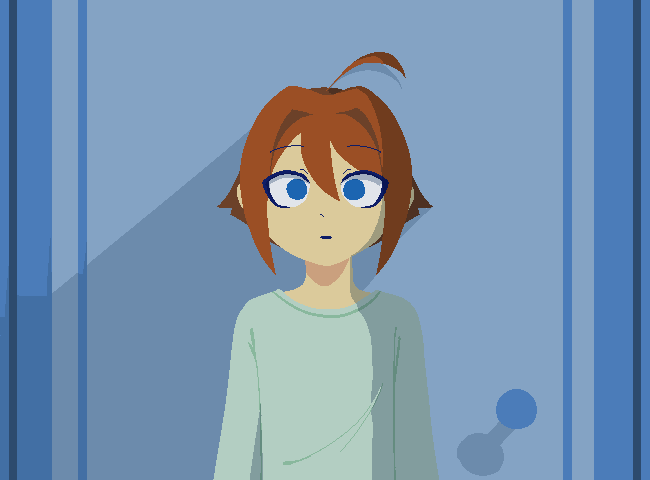 Nino doesn't recognize this awful treatment.
Not of you, but of himself.

He really doesn't see how bad it is.

Aria: This isn't the Nino who gave you hope and saved your life. It's like there are two of them. 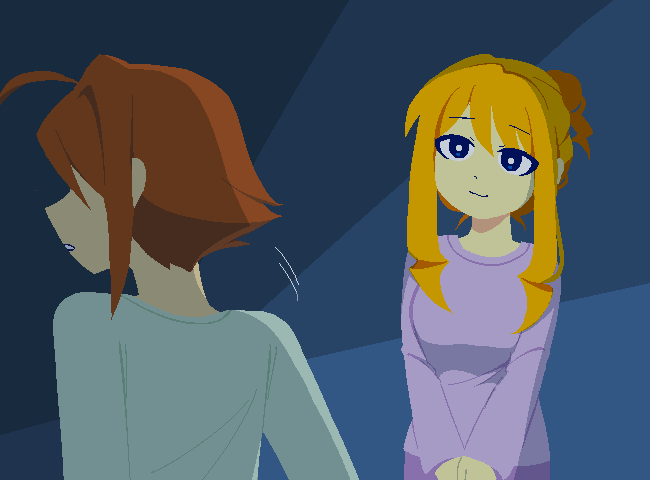 The fact that he's beginning to show a different side of himself doesn't suddenly make him someone else. It also doesn't erase what good you've previously seen from him, and you certainly will not forget it so soon - even if he has.

With or without memories, he is still the same person.

That's why, you believe he can come to understand his mistake.

Nino: The path of manipulation will not work here, but an honest answer might. 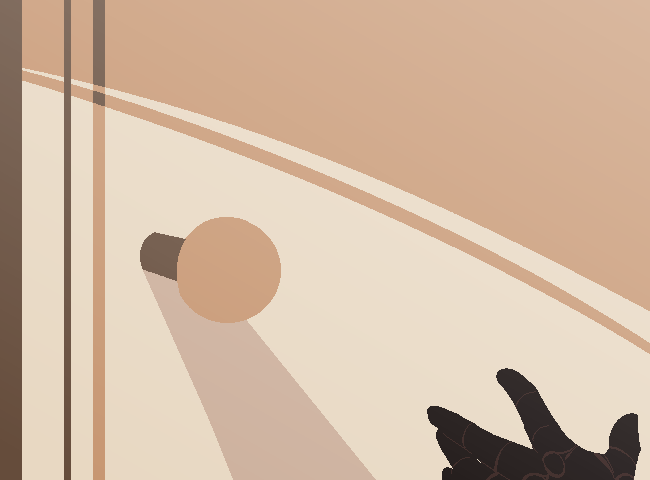 And, "use me", she says. That's convenient for you, isn't it?
Does that mean your work here has succeeded?

If so, then what about her?
Why can she smile so, despite the position she places herself in?

Reed: Attempt to listen in. 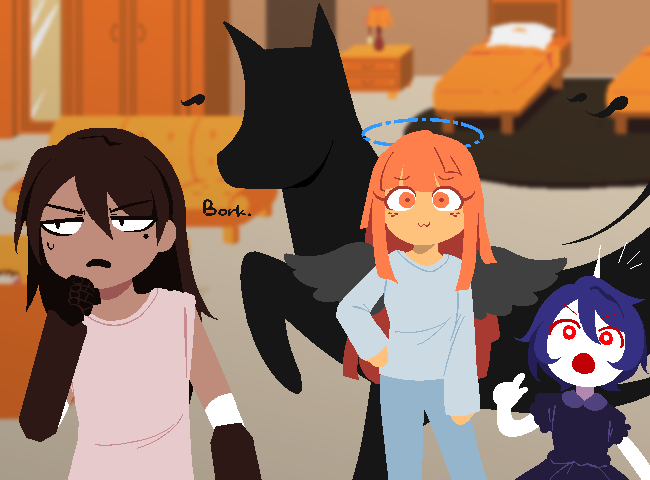 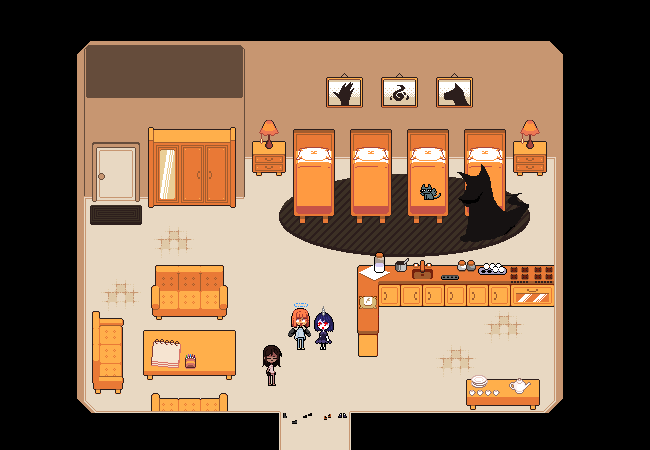 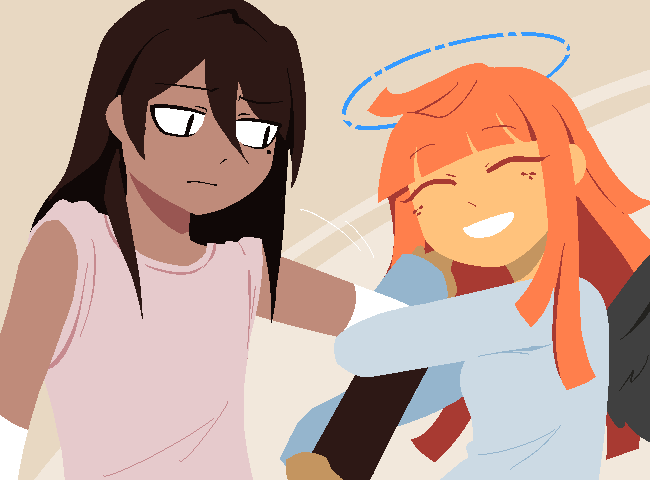 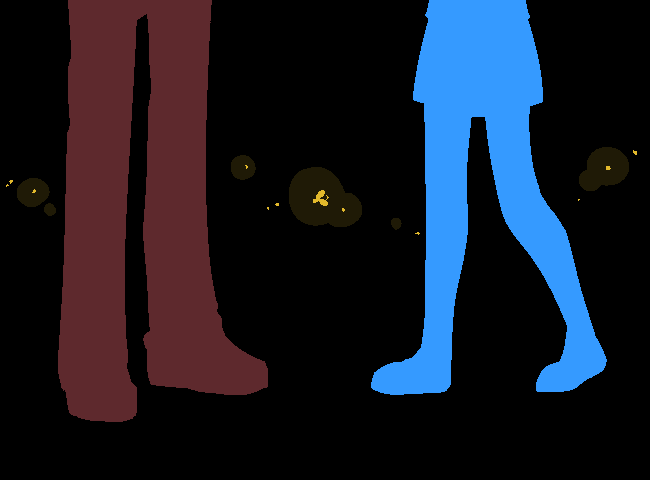 Aria, who looks so gentle and meek...
Might be easily swayed into doing something against her wishes. Right?

Even after a life lived in fear of monsterkind, she still decided to dedicate her efforts towards saving one of those very people - no matter how much you criticized her decision in your first meeting.

Sometimes she's worryingly careless when it comes to herself, but she's always so tender with others. She also has this ridiculous super power of recognizing people's intentions, and acting accordingly.

Right, she's headstrong in her own way.

After all, she's gotten through to you in such little time.

Nino: Attempt to be more honest. 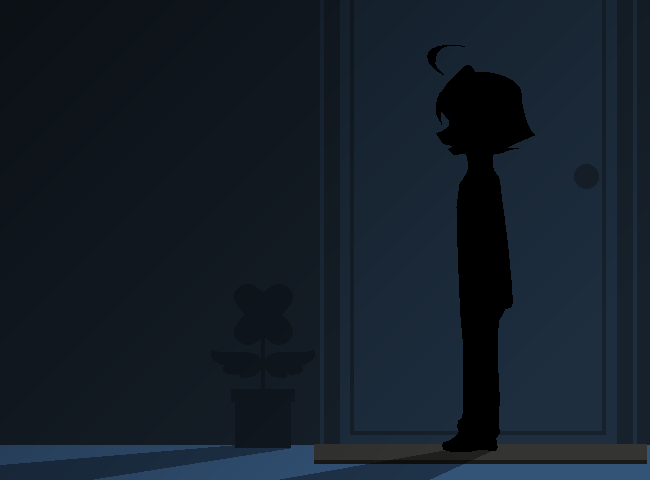 You're not in the wrong. You just did what made sense.
It's reasonable to keep your guard up, to remain safe even in the worst scenario possible, right? And ultimately, you're not going to cause her harm.

So why does it feel like you're in the wrong? 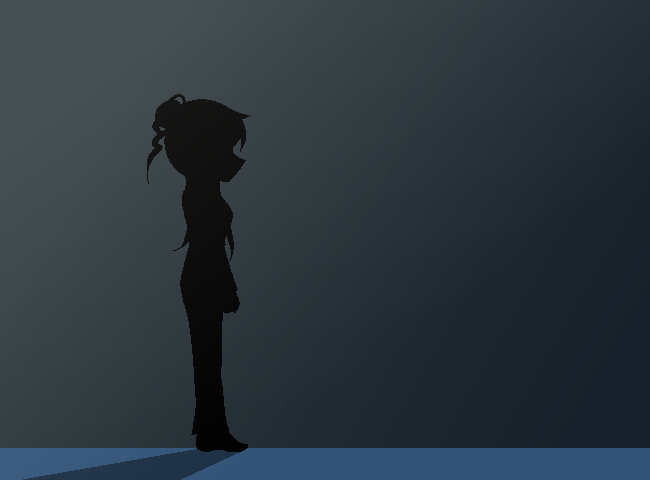 What can you even learn from someone as sincere as this?
She's so unafraid to trust you and the others. Does she not feel any danger?

Or... to her, does the benefit of trust outweigh the risk? 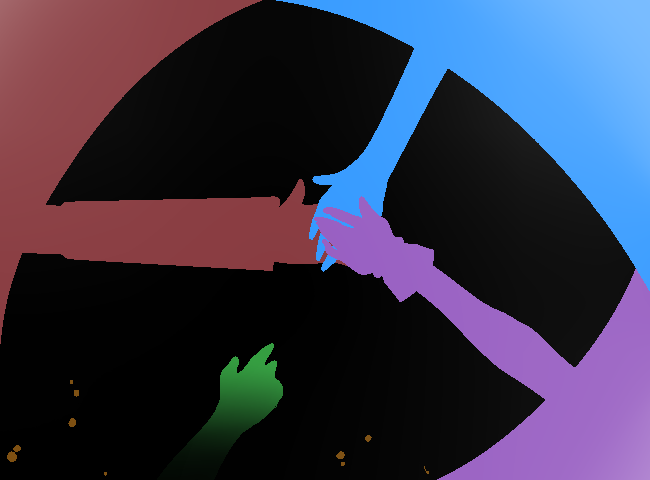 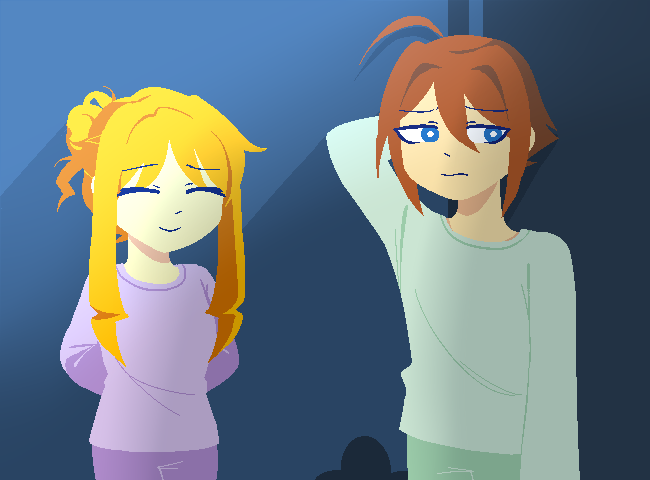 "I only have myself." 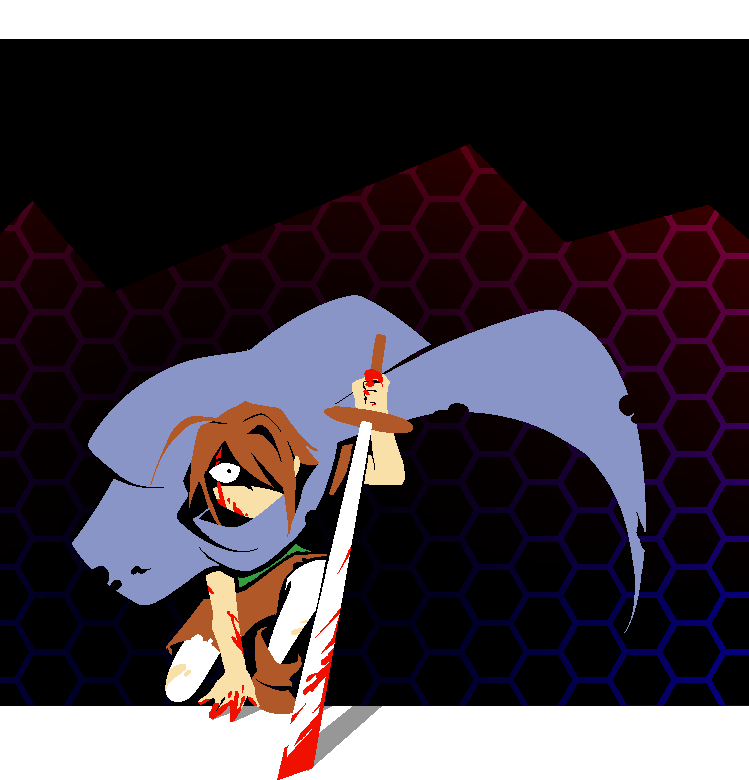 Nino: Inform the others. 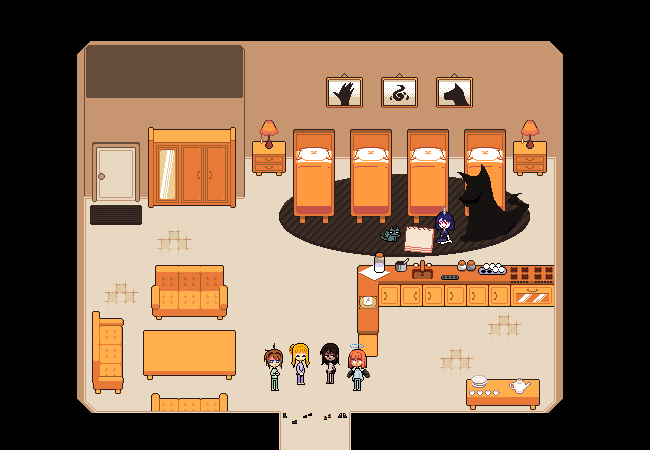 For a brief moment, you wonder, was it the dream?
But on second thought, nope. Not at all.

That wasn't the reason, you see. In a way, your dream was only a reminder, and so, you won't give it more credit than it deserves.

Also, you are not telling him about it, or anyone else for that matter. 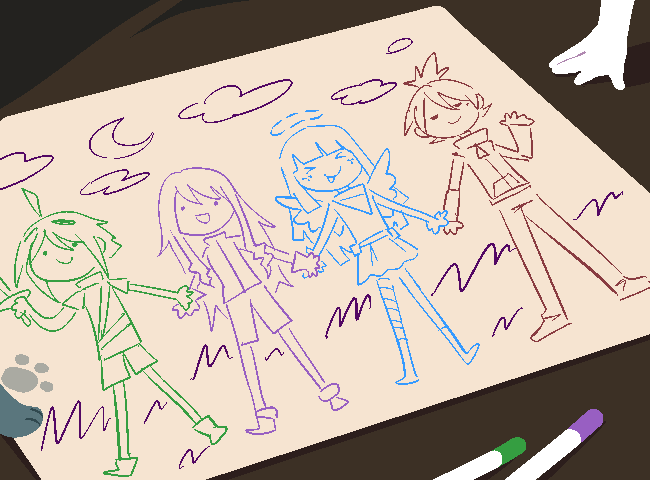 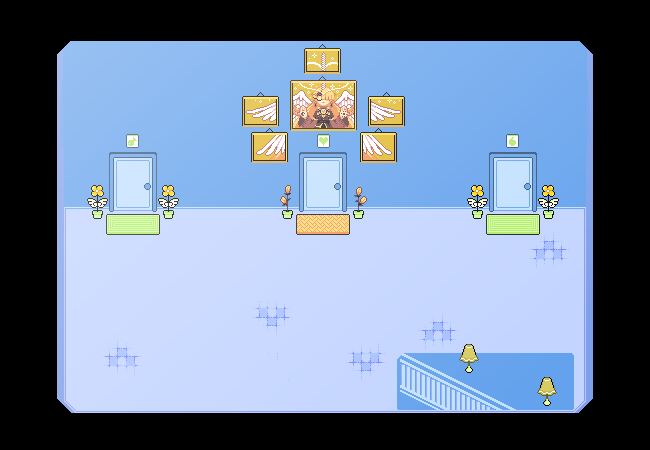 If you understood Mei correctly...

Worrying about others is acceptable, but not when it interferes on the trust you place in them, and on respecting their wishes. Yes, even if you happen to disagree with their choices. God dammit. But it's fine. You can deal with it.

There's a better way to remove your worries about everyone following this bloke. 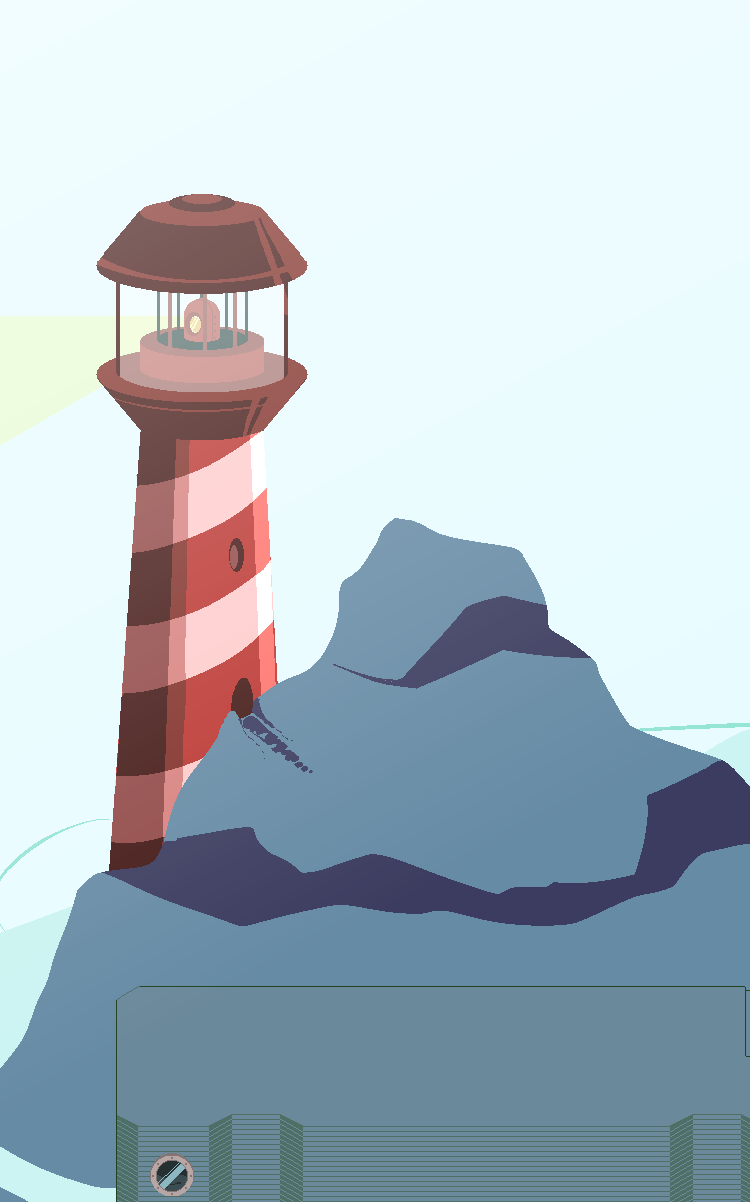 Right. You all have useful tools for a journey like this.
You just have to make sure that nothing goes wrong...

And that this guy doesn't get off easily with any half-assed ideas.

Party: Prepare as a team. 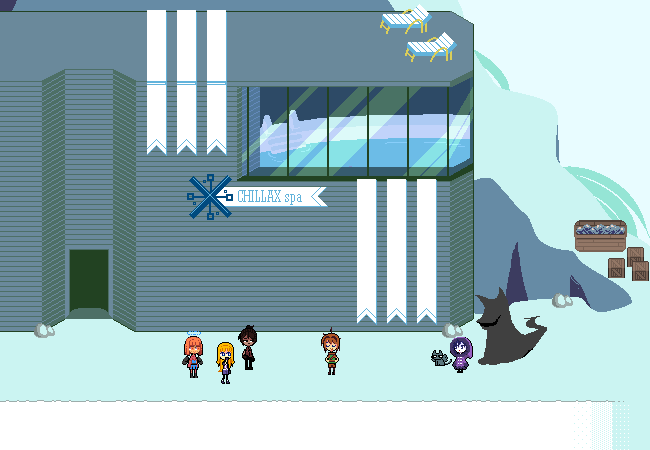 and that's why we love them

Party of Flunkies: Work together to close the gaps in the plan, and protect the Super-Boss. Make sure to work together tightly so nothing goes wrong.

Nino: You gonna act like less of a tool now?

Every tribute to PUNS only makes me mightier, I bless all who bring me offerings.

Nino: First off, you all will need to stay near the barrier so that if you need to escape fast, Reed can find a rift. Reed: Avoid bustling roads, areas, and towns. Just because people are at the celebrations doesn't mean everyone is attending. You're all probably going to be hiking for most of the journey. Aria: Especially steer clear of Red Tulip Town since pretty much everyone there knows you, Nino, and Five. Also, since you can't lie to save your life, your might wanna stay quiet. Only you, Reed, and Nino need to stay disguised, so as long… Read more »

No one can escape from aggressively honest friend therapy!

Aria is capable of generating illusions but it seems like her true gift is seeing through them. Further she has the grace to trust in spite of them. I think she's becoming my favorite character.

Idk if it's okay to ask this question but I might as well is Nino the only person to be able to bring up a menu as if he was inside of a video game? Or does everyone have this which would be odd since there was a part menu that only specific characters could fit in. (Five despite not being a "Party Member" follows the group and taking Nino away from his dream with Past Nino does seem VERY suspicious to me)

In-universe, Nino is the only one able to see these that we know of, but there are 3 other candidates who have the potential, Suvillan, Ruit, and Kaji. The first 2 are princes and respective leaders with parties of their own, and Kaji has the Sea Patrol. Nino seems to be the only one aware of wider things, but everyone has an inventory. In Icicle Bay, we could select the party order and could move Meimona, but it is unknown if Nino could. Apparently, Non-party members are counted as companions when checking the wiki, (under Stats for some reason) and… Read more »

Like a video game, the menus aren't really tangible. I'll try to explain what they represent! Leaders have special insight and control over the people they lead. This is represented as a party with one leader. Examples of party leaders are Nino, Ruit, and Suvillan. The leaders don't magically know others' information (stats) because they're leaders, but the other way around. They're able to lead everyone because they managed to gain knowledge of these details, whether from inference, observing their party members, or just the members sharing this information outright. The leader is trusted to analyze members' points, strengths and… Read more »

Cont'd, hope I'm not confusing... The distinction between a companion and a party member is to differentiate their roles in the group. Party members are generally in a position of protecting the companions. If this were a game, you'd see it as party members being the characters you can use in a fight/encounter, and someone like Five is a tag-along who isn't part of these activities. Companions get led by the party & assist externally. So it doesn't mean anything negative that Five can still follow Nino without being a party member - she's his companion! Same as Ludwig for… Read more »

Incredible. Aria just had to treat Nino like a mother would treat a schoolboy in need of a scolding and he’s back to abnormal. I’m genuinely impressed.

Oh right, Nino: We’re all Proud of you, you changed for the better so easily after a simple conversation, but that doesn’t mean you can escape the consequences of your actions. You clearly changed after that conversation with yourself in your dream, and you could easily change once again. You treated people who you once called your friends terribly, and you manipulated Aria using her fears, you can’t continue like this. We need to talk, or at least think. You’re in a strange period of your life where the world seems simultaneously grand and simple to you, and you could… Read more »

Mei: You’re incredibly gifted, and have a good heart, but you can’t risk trusting others all the time, Nino had no right to act the way he did. Reed: Nino has acted splendidly multiple times, but you shouldn’t let him always lead the way. It’s easy for you to talk honestly, but you need to act with integrity as well. Nino: At the very least, you have companions who may remind you of yourself. A woman filled with kindness and courage for all she meets, a spiritual hound who serves those whom he cares about with what he believes, a… Read more »

What a beautiful series of comments.

Yeah, the tribute and the comment about about how Nino being an abnormal child was really poetic.

Thanks for submitting it!

I kind of wish I had delayed in submitting to the character popularity poll now; Aria has just moved up in my rankings.

I figured doing them during ongoing updates might not be the most accurate, as favorites can fluctuate like this. So for the next ones I do, I'll be fitting them in between small breaks between the end of a chapter to the start of a new chapter!

> Nino: Consider telling the party about your self-harm trump card

been keeping up with the comic for a month or so after finding and binging it, finally decided to make a comment.
all of the last few updates have been absolute god tier so looking forward to the next one

I've said it before, and I'll say it once again. I genuinely believe Nino is or was a Winged. Yeah there's not enough solid evidence indicating he was, but there are just so many similarities with how he acts and how Kaji says winged acts, and how we've seen Corona act. While this kind of behavior is far from impossible for humans to display, it's just more in line with how Winged try to gain favor/following from anyone through any means. I may be remembering wrong, but Corona flat out says "yo im literally using you lol". This mirrors it,… Read more »

Winged are not inherently manipulative. The majority learn to act this way because of necessity, and the surrounding competitive environment in the overworld. There is no reason that a human, monster, or even celestial can't simply be manipulative for their own reasons, except on a level unaffected by the factors exclusive to the winged (wishes, divinity).

You noted a very good parallel between the pairs there, though.

You make fair points. I do have smol brain syndrome sometimes.

The parallel, while it does exist, isn't really evidence enough to prove my point though either. D'aw well.

But Nino has a healing ability, human/monster type, not a winged agility like MeiMei’s, Kaji’s, or Corona’s.

my goodness this update was a rollercoaster of emotions