Oh, jeez, that escalated reaaaaaally quickly!
You suppose it makes sense for this to be something she can't just tell to anyone.

But... where's all this talk coming from?

Kotori: Explain all that you can. The Prince may be safer with Solis knowing. 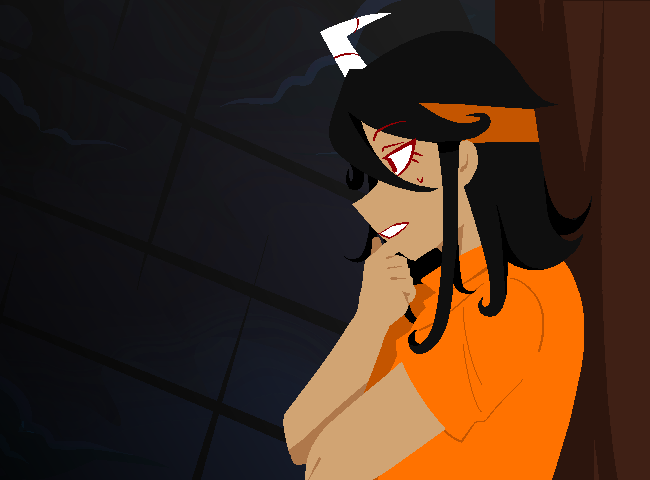 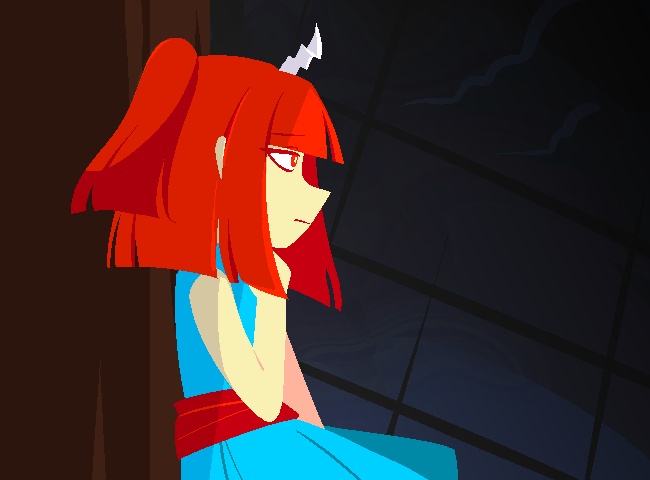 It's true that an unfounded concern like this would be easy to dismiss.

No one would believe that the human military would initiate an attack, nor dare to attempt something as direct as an assassination attempt.
After all, they are incapable of breaching the barrier on demand. That is an unreplicated power reserved by an unparalleled winged on monsterkind's side.

And unlike Prince Suvillan, Prince Ruit's strategies are never that risky.

If Kotori had brought up something this serious yet unsubstantiated to someone in a position of power, it's likely that her worries wouldn't be heard out.
After all, even you can't bring yourself to fully believe this talk right now.

Still, this is his highness she's talking about.

To you, nothing is more important than his safety, so why in the world did she hesitate this much to share it with you? Even if you can't believe it, you do not want to risk any harm to the prince, no matter how unlikely.

Solis: Sounds like a reason to attend those festivities to try to prevent it from happening. 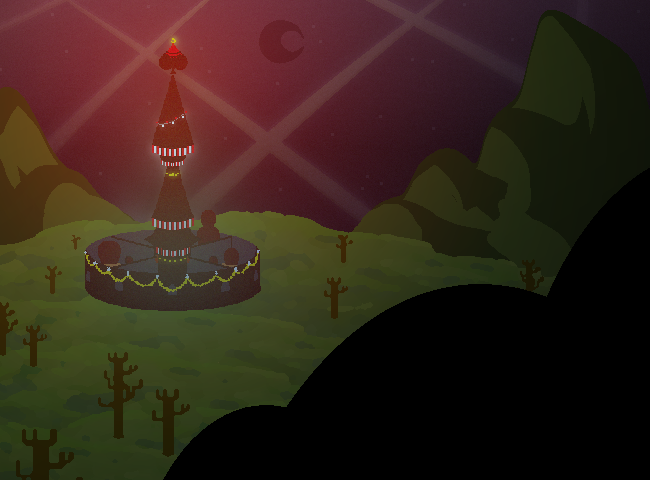 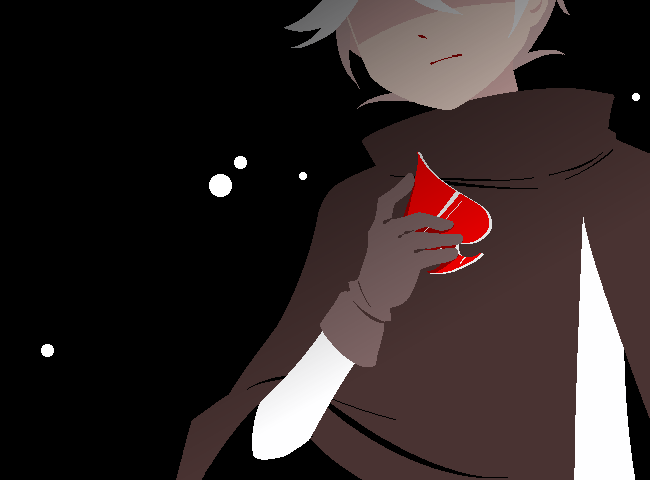 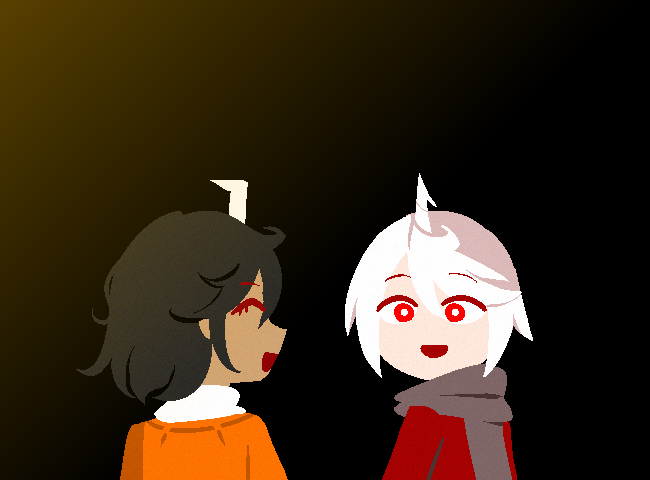 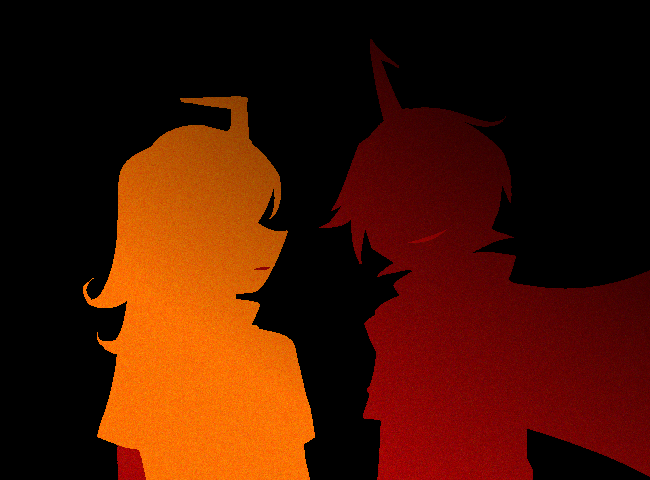 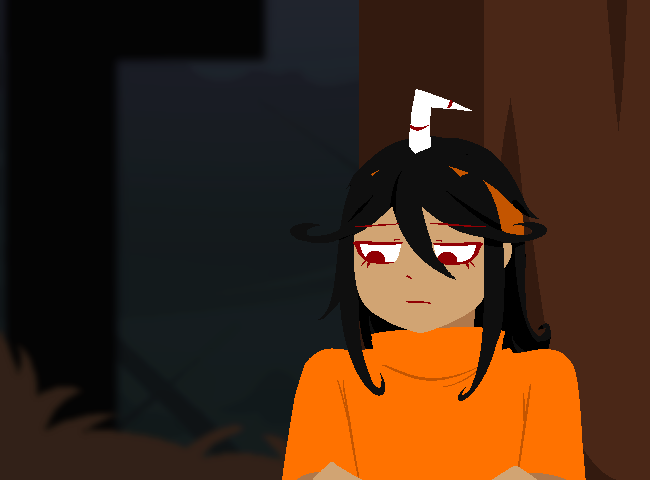 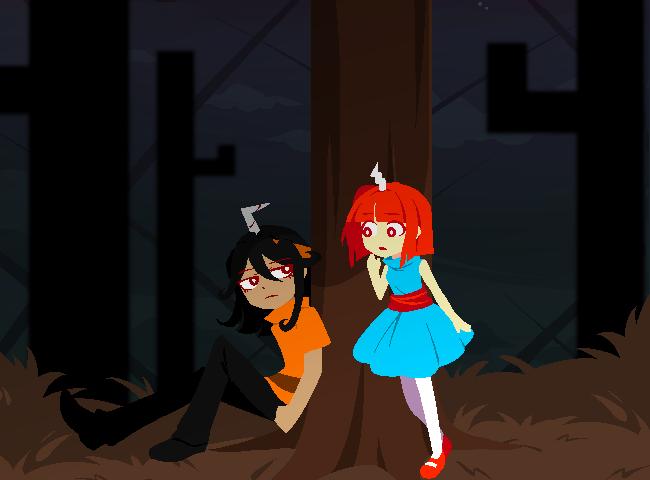 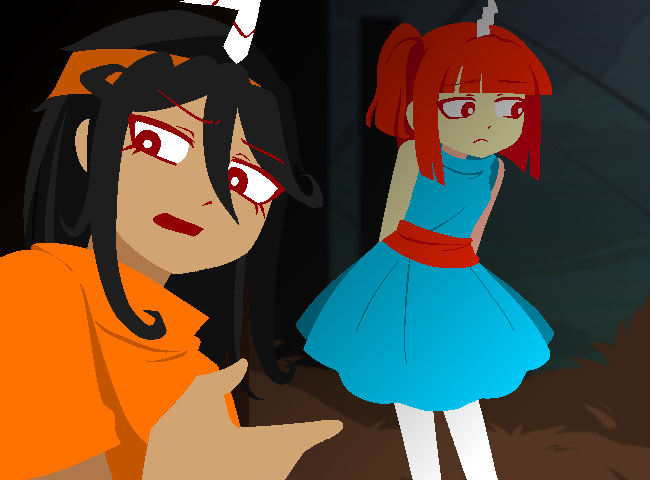 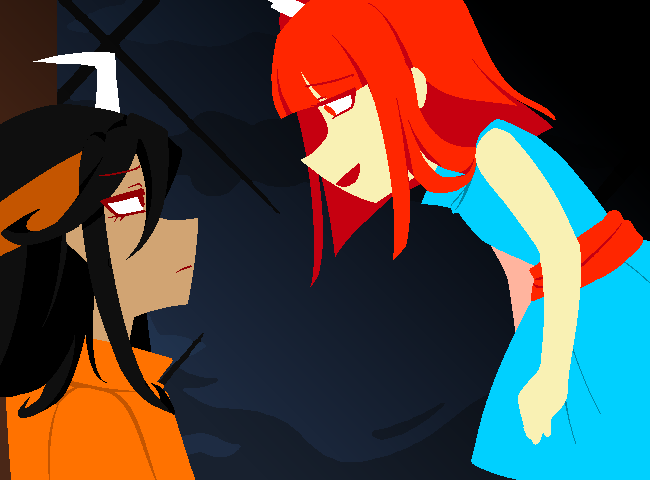 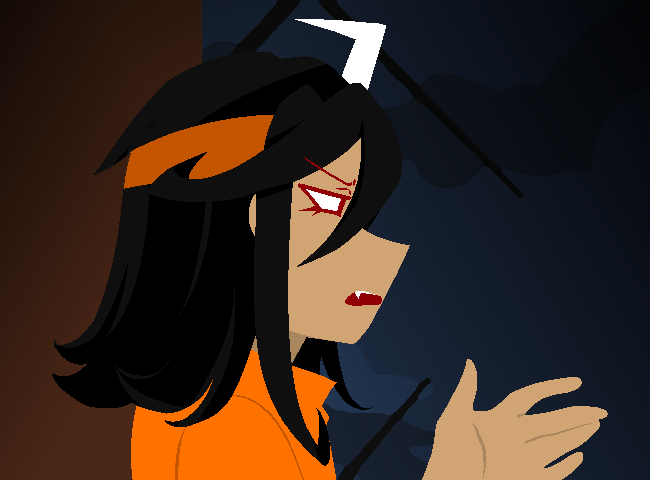 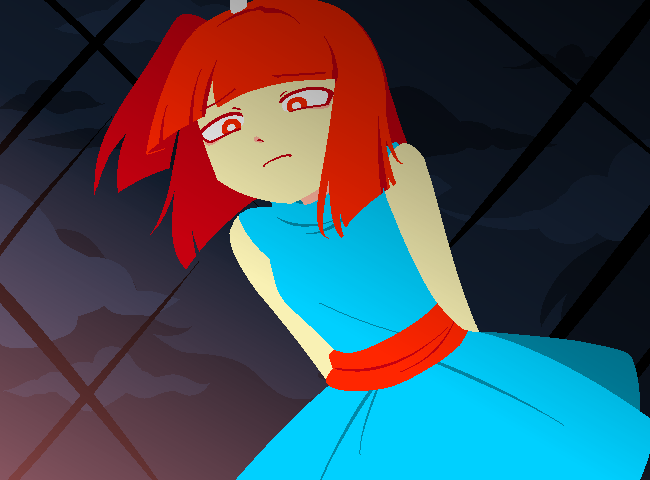 Solis: Dial it back a little. 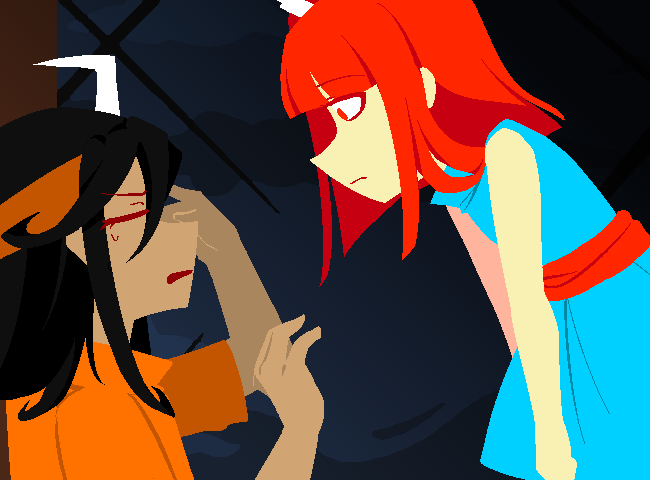 Man, what an idiot you are for making this about yourself.
It's not that Kotori didn't trust you, but she couldn't allow herself to.

You never gave her the room to do it, right.

You sort of get her deal a bit better now, though.
She knows what not to do, and currently, she doesn't want to be questioned about it.

She wants to be heard.

Whenever things start moving in a direction she deems wrong, she freezes up like that...
Like she's about to give up and break down in tears.

But since you have a say about it, you'll never allow a crying Kotori to ever exist.

She seems to think that things will always end badly, no matter what. Surely, you appearing overly reliant on his highness earlier didn't help her worries at all.

Well, to hell with it, then.

Solis: You're gonna prove yourself here. 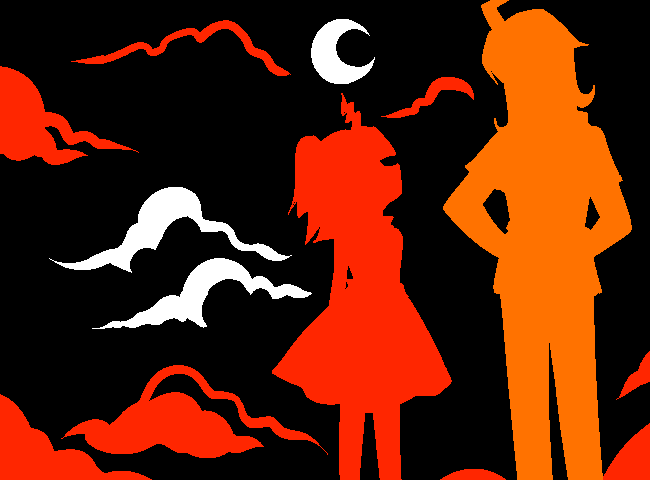 Kotori chose you, after all. She could've kept to herself indefinitely, or she could've gone to someone else, but she accepted your help. she deemed opening up to you at this very moment as a choice not among the list of "options that go badly".

So she needs to see that you're not unreliable. 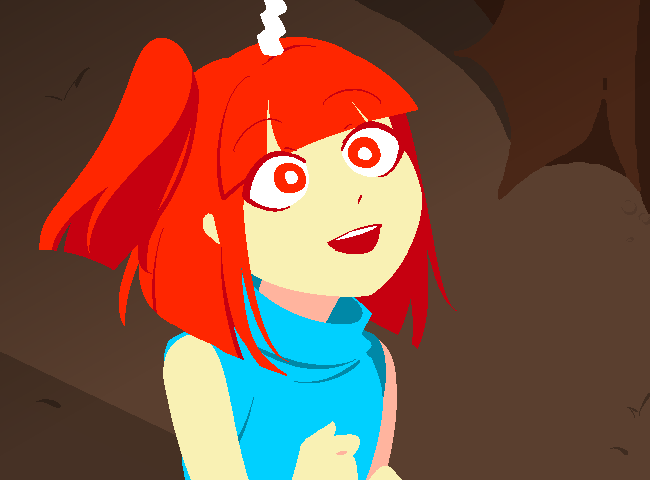 Oh, for cryin' out loud. This dumb girl.

What hopelessness? Just look at that face.
Those eyes are full of hope.

It feels like she's desperate for someone to push her to keep trying.

Somehow, she knows bad outcomes, but not how to pursue the good ones.
Perhaps, all this time, she was in need of guidance, but didn't know where to find it. 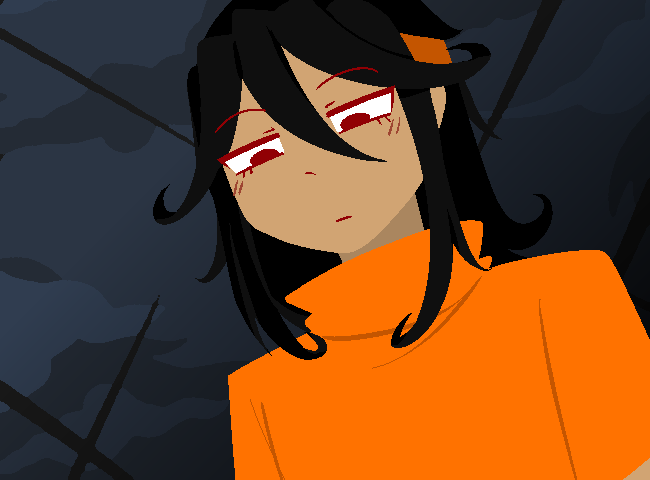 What a strange situation, a strange topic, and an even stranger person. 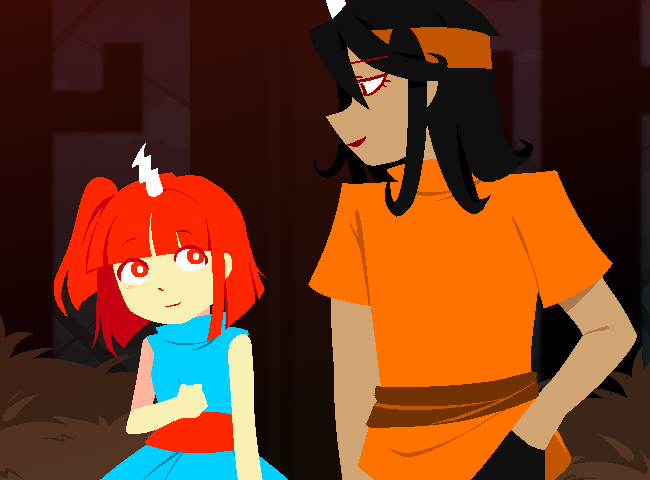 Mei: Something seems off with Nino.

In case you're here to submit commands: Nino & his gang of evildoers will be present in the next update! So you could give 'em some directions if you'd like.

For this update, I created a little thing to clarify the structure and hierarchy of command in the monster world.

The ruler of monsterkind is assisted in looking after their world with four regional lords - corresponding to four major regions of the world. These are the people seen following closely after Suvillan.

I wrote some tidbits to expand that part of the world here:
https://oceanfalls2.ams3.digitaloceanspaces.com/2022/03/2022-Preliminary-Info-on-Lords.png

Otherwise, the important parts will be properly highlighted in the story itself, such as Solis himself being directly related to one of the lords, and named as the next in line for that position.

Nino: Focus on making peace with everyone new to your party, attempt to regain your memories of Aria, check status move new party members etc, and choose whether to inform everyone of Meimona’s possible angle or not. If you vaguely hint at it, maybe Reed will understand, after all, he seems to be the least sheltered of the 4 of you. Why do you believe in this winged stuff anyways, didn’t you believe yourself above superstitions? Consider what this info on concepts of luck and guidance will mean for the rest of the world you know so little about. Crew… Read more »

Kotori & Solis: Make, discuss, and execute the one plan you can have. Count the amount of time you have until the endpoint, 2~ days, but be quick, because that might not be the time you really have. Start. Anything specific about this assassin that they’ll have, are, or can do? Weapons, traits, maybe a way to bypass their (likely illusory) method of disguise? Do you know where and when exactly they’ll attack? How do you even know…feel any of this?

Solis, if I were you I'd be asking how Kotori even learned about the whole blood thing by now. Of course, I'd probably try and suggest a command for that if it weren't for the fact that this page ended with "Kotori: If you'll help, would you hear me out? Solis: Of course. Solis: I promised to listen to your worries all the way through, didn't I." And 1) it'd be a weird thing for Solis to decide to not listen and interrupt Kotori. 2) Even if Solis did, Solis would probably not get an answer because authors love not… Read more »

Aww, but Kotori already told us how she knows: It's just a hunch! Half-jokes aside... you can see Solis gradually deciding to be less pushy in this update, and choosing to listen to what Kotori has to say first. Surely he does have a ton of reasonable questions like you suggest, but he's holding back on it for now. Hence his conclusion there, that "she wants to be heard" first. From my POV as the author, I do think it's no fun if I give the full answers outright, but I believe I'm not withholding information arbitrarily here. The events… Read more »

I agree that withholding a certain level of info makes the story more intriuging and encourages the readers to theorize and really think, therefore get immersed, on what will or might happen next.

Also, I find it *REALLY* cool that even though you're the author and it's possible that you know what will happen next, you still take these 'commands' from the commenters and work off that, building it into whatever pre-existing stuff you've got planned. That takes a respectable and admirable amount of talent.

Nino: You should tell your party what Kaji told you about your amnesia. They might have some ideas for how to help you. After that though, go to the hotel and get some sleep, it's been a very long day. Aria: You might want to tell Five the truth about Nino forgetting you two. She'll be heartbroken either way, but it'd be 10 times worse if Nino directly admitted to her he doesn't remember her. There won't be a good time, but now, at the very least, isn't the worst time. Five: You should go see Nino! You've waited long… Read more »

Reed: Check to see if your phones been blowing up nonstop ever since crossing back over. You're sure a certain someone must be dying to get an update.

Nino: Momentarily consider planning an assasination on the monster Prince, for no reason whatsoever.
Nino: What a silly thought. There's no way you would ever go back to the monster world.

I have a bad feeling Nino's the assassin, whether he knows it or not.

Nino:Attempt to overdose on alcoholic substances in order to jog your memory.

Reed: check in on your messages, and see about getting a ship to take you home
Aria: see of you can get a cool human phone, like the one Reed has!
Five: say hi to nino!

(for everyone else look at the other comments lol, also, thanks for making this amazing story yall its one of my favorites of all time :)