You woke up to face a desolate adventure.

First, you were nearly arrested by a monster girl. A short, red-haired guard.
You remember the ghastly forest, leading to a town of monsters, filled with the bloody fragrance of its signature red tulips. You remember that you faced a formidable opponent, a winged, and that you survived her final attack. And, finally, you found that rift with a familiar light. It beckoned you back into your world.

But most of all, you remember that you were alone.

It was a perilous yet lonely journey.
You were always alone, without anyone or anything to worry about.

Only now do you realize just how well you're used to such solitude. It seems you've known that this would be the case even before the beginning of your journey.

But the head count here sure has dramatically increased, hasn't it.

Aria: Hey, it might not be the best time, but can we ponder a bit about where Five and Ludwig are? And how are they? 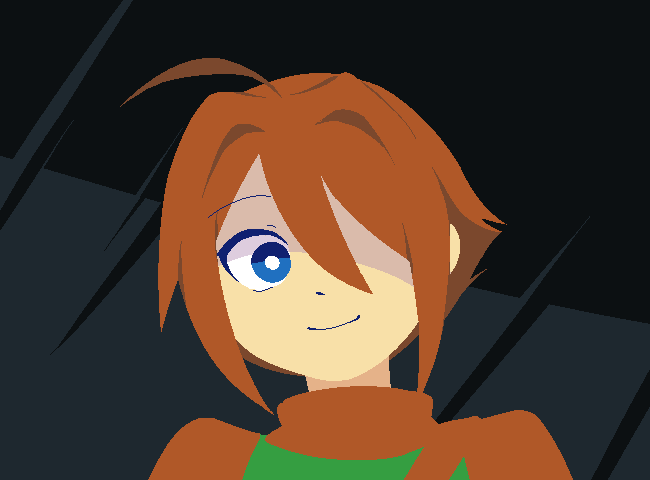 That was a lie. It hurts a lot.

The more you try to think about what Aria said, the worse it feels.

Ugh, this pain is piercing. Questioning things isn't helping calm it down.
Logically speaking, the scenario Aria presents seems sound... even though it holds unfortunate implications for the trust you had in your own memories.

You can't let it show on your face. 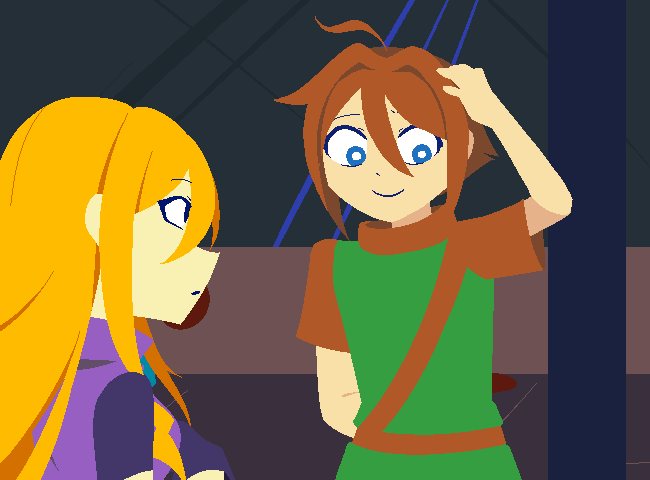 Is he trying to cheer you up in his own way or something?
Or rather than that, maybe he's just clearing up this awkward air you've caused for everyone else. Ah. Who knows anymore.

You guess... you'll just have to silently accept this all alone.
After all, you can't put a damper on everyone's fun.

Reed: Something's up with this person. 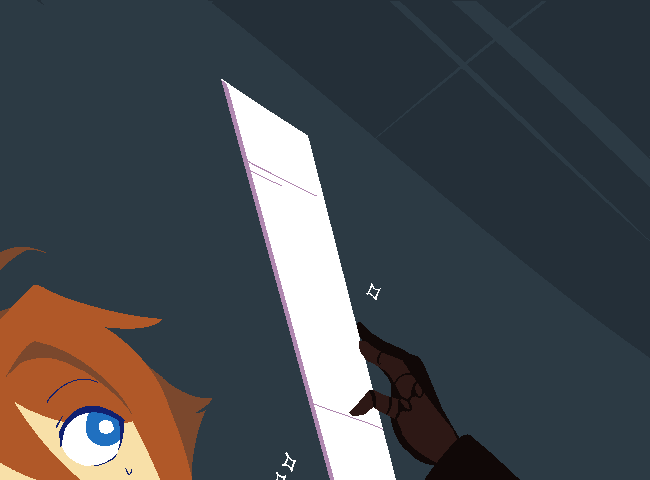 Nino: No FLIPPIN' WAY he's right about ANY of that! 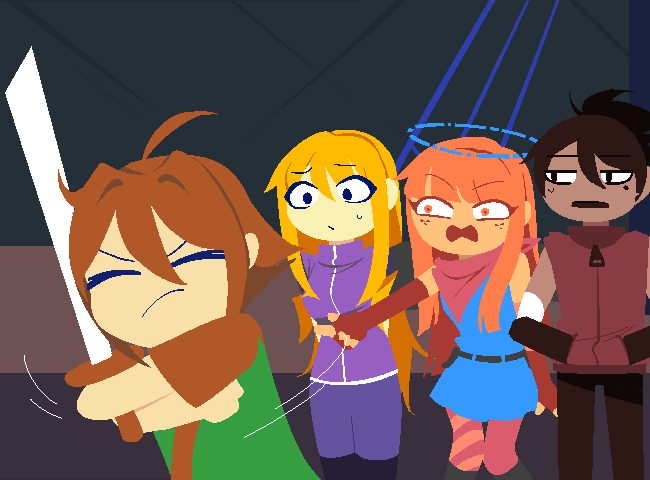 Nino: Right or wrong, what do YOU conclude about yourself? 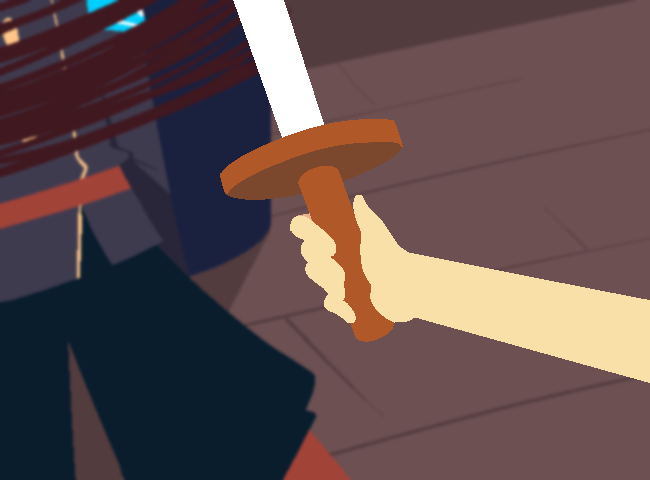 In the end, this amnesia makes it hard to get anywhere with such discussions.

You don't recall how you acquired your sword, but its grip feels most familiar. You alone can tell that it's definitely been in your possession for a long time.

To you, having a weapon in the first place is a good clue by itself. It means that your goals necessitated a tool for self-defense, and maybe for uses further beyond. Additionally, it implies you were confident enough that this is the only thing you'd need on your journey, no additional equipment required.

Strangely enough, as the three continued to talk amongst themselves about your possible "origins", you felt rather offended. It is the same feeling you got with Aria questioning your memory, that it is a very invasive act. And that it is so very... pitiful of you, to end up in such a state.

You should be far above such treatment. You're not going to be the needy one here.
You have to get those memories back as soon as possible. 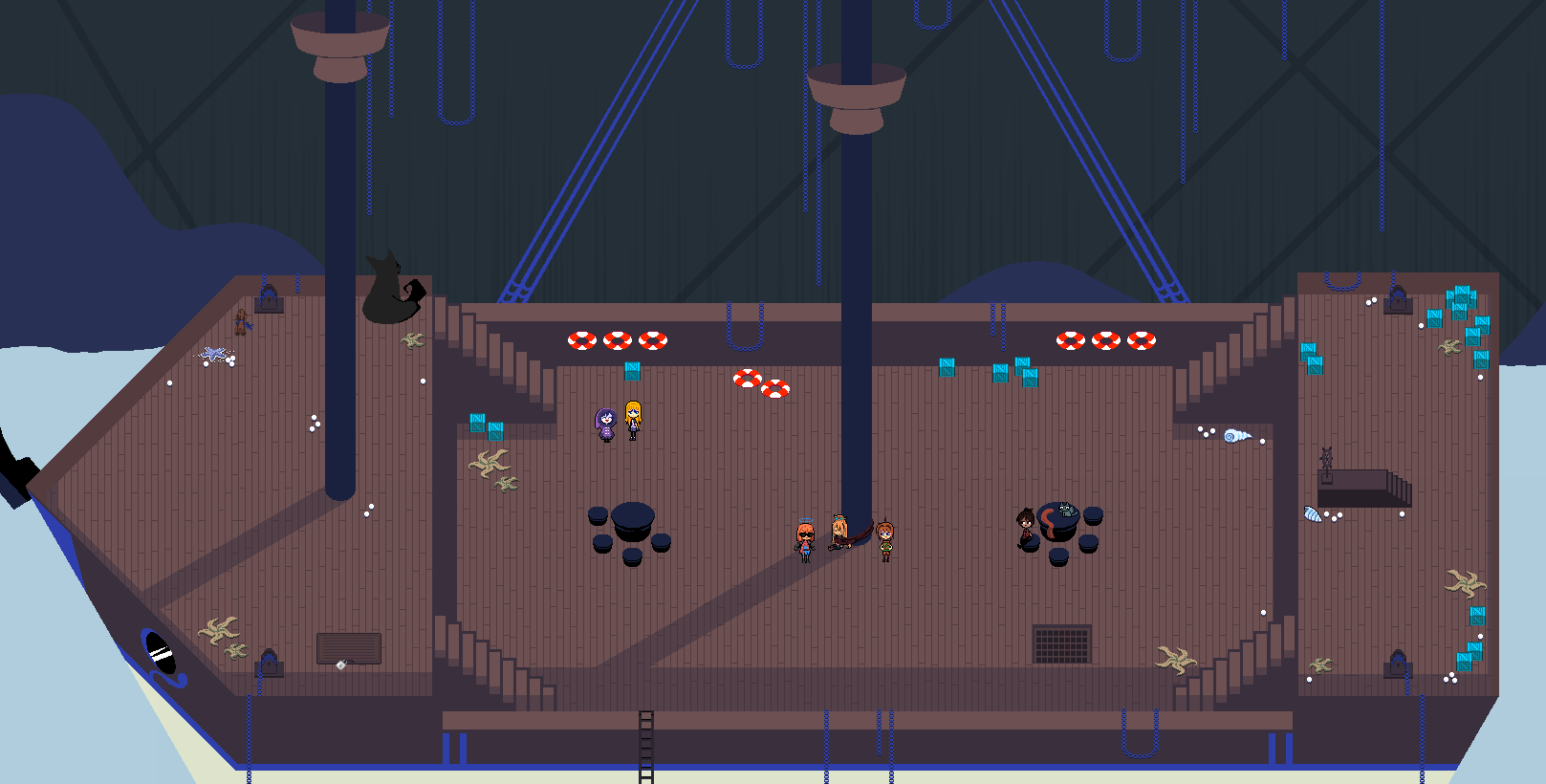 Your concern is with THIS loud winged.

You've been thinking about how you're going to get back to shore with your safety intact. Together, you all deduced that your best bet is in riding this ship, of course. However, letting Mei take the reins of sailing anything again sounds far too dangerous. 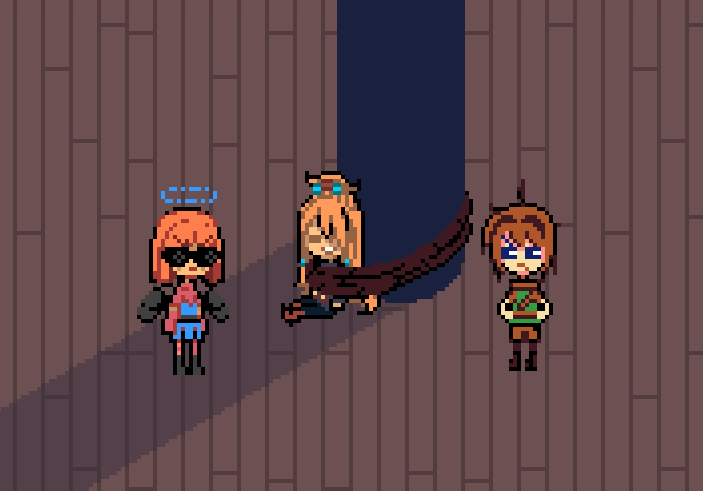 So this guy is gonna do it. You're gonna MAKE him do it, with the power of words and sharp-sword-related threats! As soon as he wakes up, that is.

God, just look at that dumb face!
He thinks he has the luxury to be having a good dream!

Nino: Don’t get bullheaded, shouldn’t you be a bit more cautious? After all, he still IS a guard captain, with keys and a squad, and those… “seaple”? As Meimona would put it respected him highly. And what’s exactly preventing him from using his power to track you somehow like last time? He was very quick. And what’s stopping him from using that ice ability after he reawakens? Get Meimona to guard him and hope her “luck” prevails, ask Reed to do it, in which case talk to those who apparently knew you. If he doesn’t do it, then do it yourself, or threaten to do it and explain your reasons for stopping Kaji from doing it. If that doesn’t work, do it yourself or switch the guard position between yourself and Mei and hope for the best. That “Aria” woman is sheltered, and seemingly too passive to pose a threat. She makes sense…She’ll likely ask someone for company or that small monster girl. Speaking of, you should recuperate your stance on everything considering your situation.

Nino: Check yer precious girl (sword) and think of giving ‘er a whirl. Avast away on yer girl (ship) and plunder fer a fire lit, memories to be made at mast, and a way to regain the older ones at last!

Kaji: Ayo, what are you dreaming of?