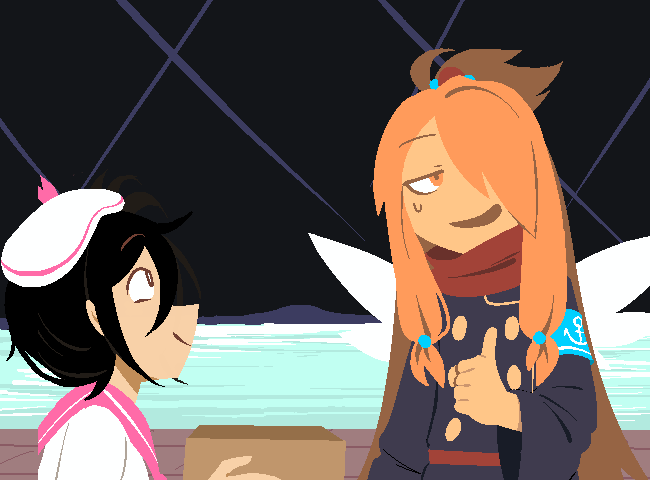 You do so, and her expression flips in a miraculous a 180.
Really, it's amazing how easily her mood improved, almost like she highly values your opinion of her performance.

She's gonna have to get used to you saying all manner of profanities to people's faces soon enough. It's inevitable for humans to end up disappointed in you, no big deal.

Kaji: Jump on the ship! 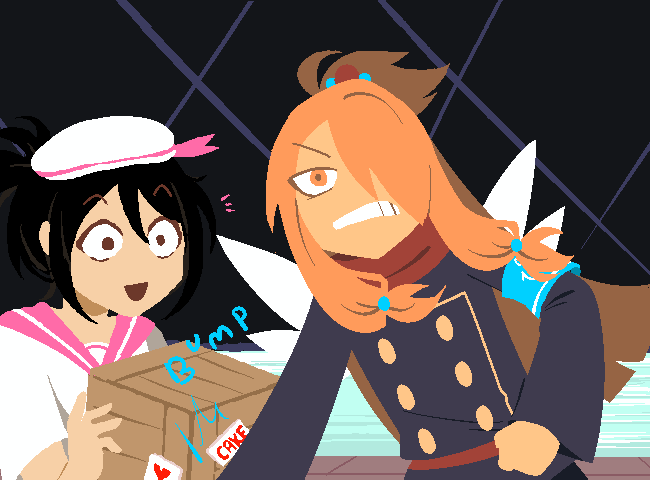 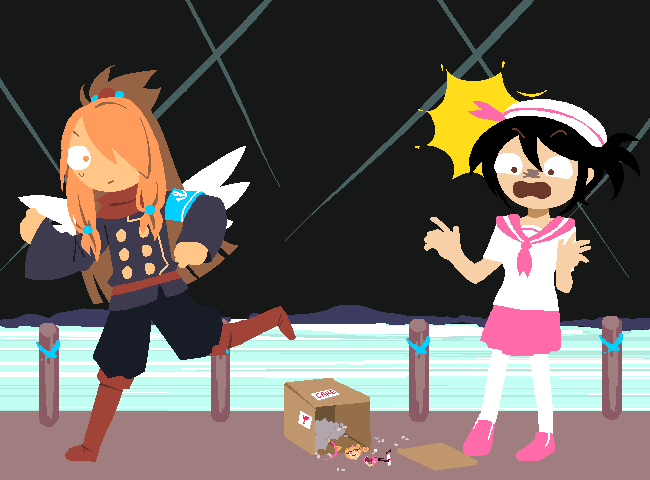 The crate labelled "Cake" fell upside down and spilled its nasty pink guts out. 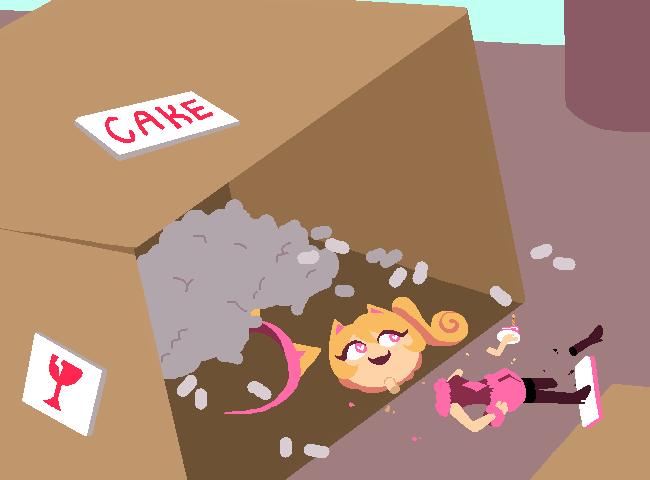 Oh, and of course it just has Selene's pink garbage in it.
Wait, was breaking that your fault?

In that case, this can't be good... but you don't have time for this.
The real Selene can angrily scream her lungs out at you like you're a microphone and she's on stage performing a heavy metal solo later, way later.

Be the distraught sailor. 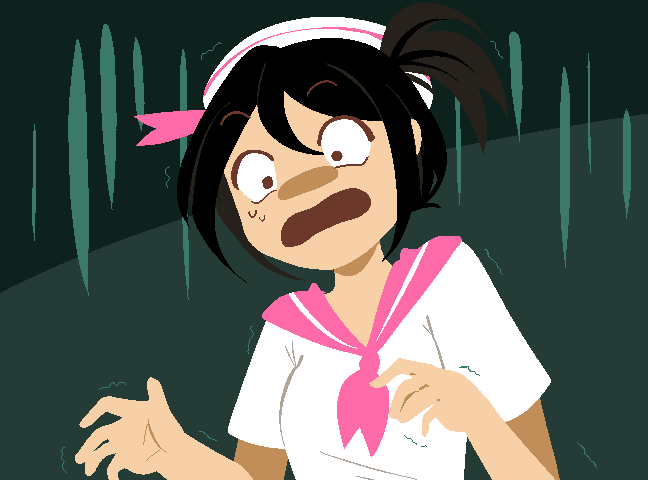 BUT YOU'RE GOING TO BE EVEN DEADER FOR THIS.

Distraught sailor: Turn to the captain for support. 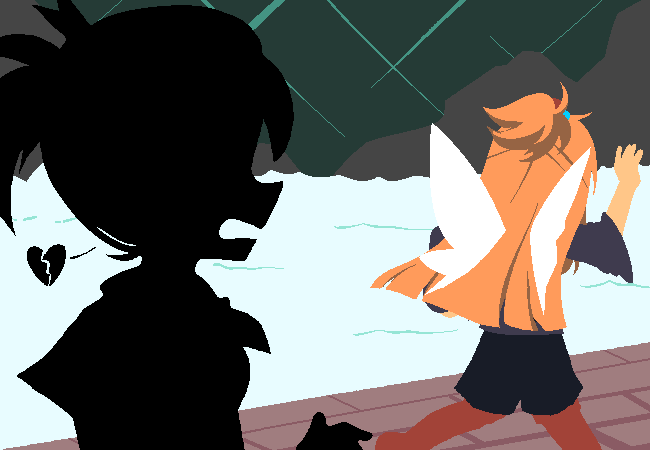 Unfortunately, the support you seek seems to be the equivalent of a slap to the face.

Captain Kaji, head of the sea patrol, the guy you've heard so much about and come to expect great things of, simply tells you to clean up miss Selene's premium PVC plastic limited "CAKE" edition figurine's corpse. He wastes no time waiting before he takes your baffled silence as acceptance, and runs away from this tragic crime scene, proclaiming that he has far more urgent matters to fuckin' attend to, profanity greatly emphasized.

It's your first week and you're already contemplating quitting. Yay.

Go back to being the running disappointment again. 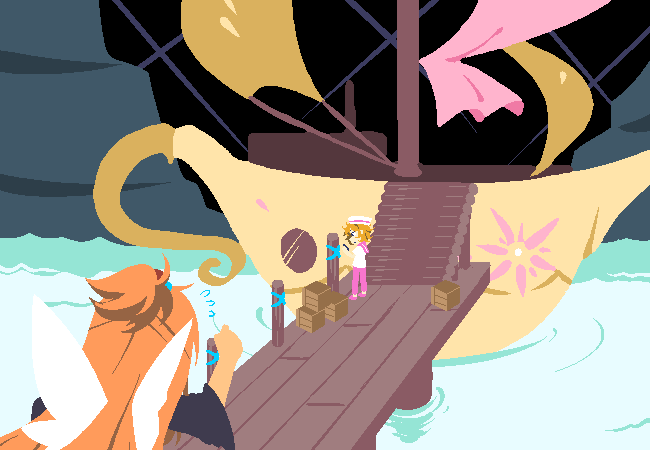 Now, to stop those two freaks, and- 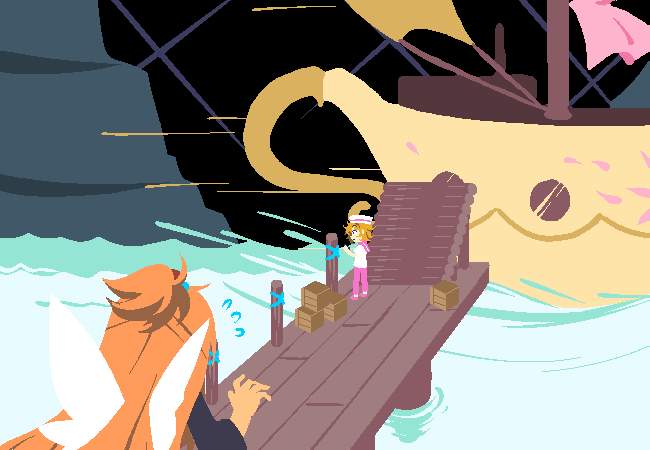 Whoa, what the hell.

Nino: No time to question things! Raise anchor and get the hell out of port!

And the ship is moving extremely fast, because...

...Because, just what the hell is Meimona doing?

Was the anchor already raised? You didn't see Meimona do anything of the sort, and oh god it's so hard to keep your balance and think at the same time. Thank god your stomach happens to be properly empty for this, at least!

Kaji: WHY I OUGHTTA- 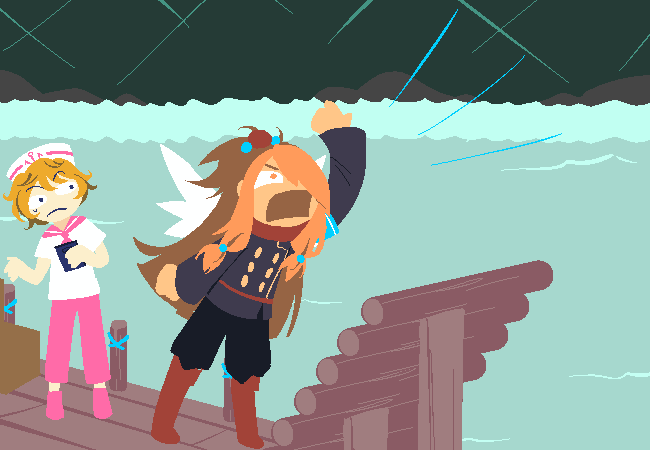 The boat's shaking and fast movement slowly diminishes, allowing you a chance to gain your balance and get your bearings. You see Kaji, who is screaming bloodshed in your general fast-moving-ship-direction. Hah, wasted efforts!

Indeed, what a great opportunity for your very rude human gesture yet again.

You ignore Boyfriend's disappointment in you.

Nino:Brace yourself and seach around for Meimona, also, hold on to Boyfriend.