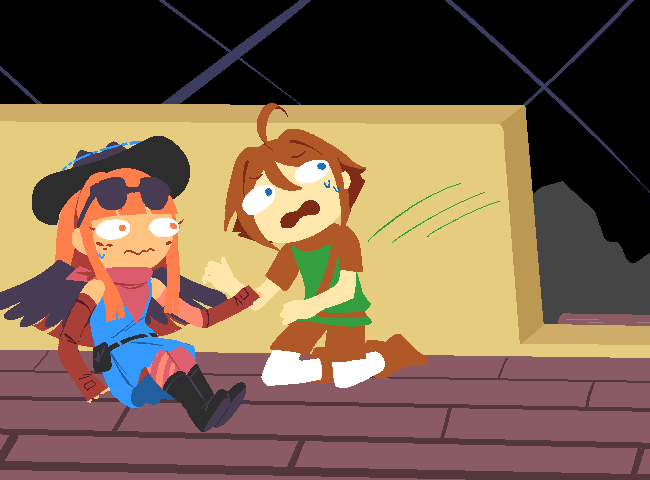 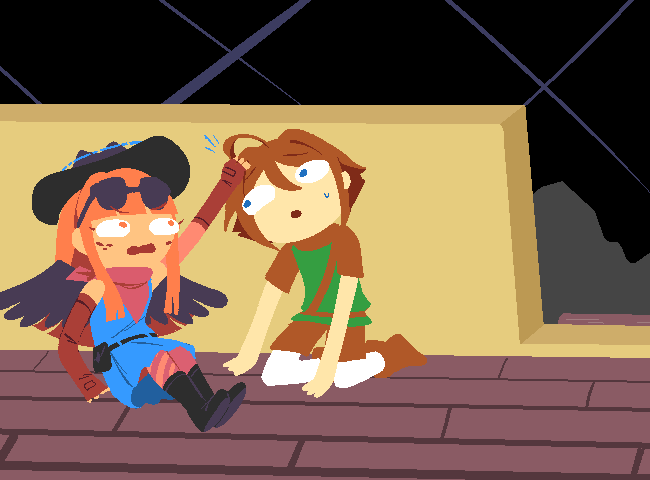 Nino: Eavesdrop on what's happening on the docks. 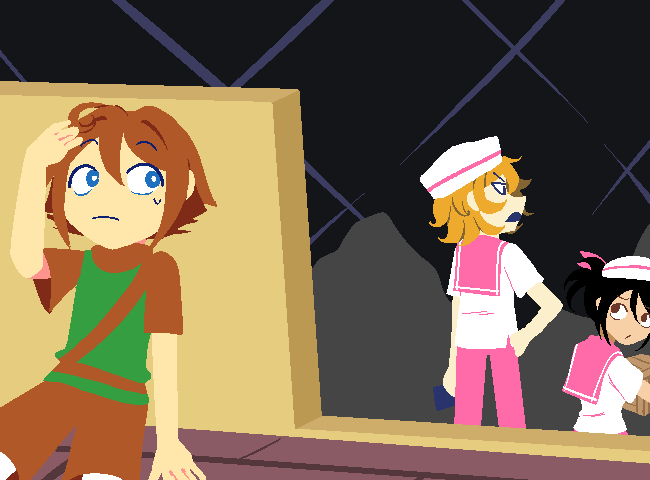 The pair of sailors are arguing loudly.

One of them says, hey, hurry it up, slowpoke. He says he really wants to start his break soon. The other one snaps back at him, saying why don't you run your legs instead of your mouth and hurry this up with me! He then says, dude, you're NOT the boss of me. She says, well, you're not either.

On these grounds, only captain Kaji could tell me or you to do something and we'd listen, she says. 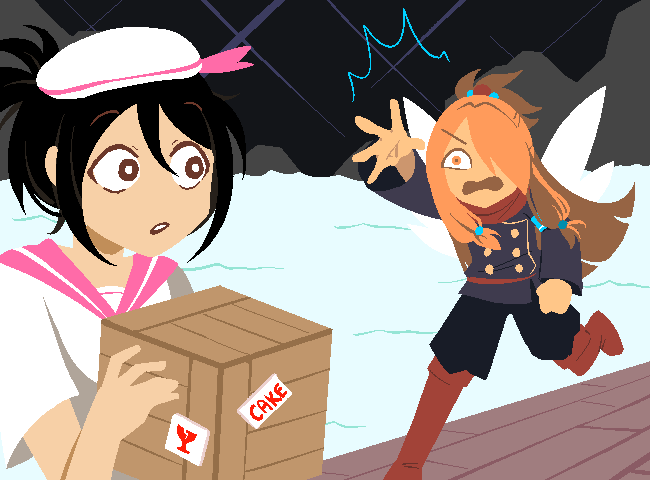 And then Kaji screams STOP THE FUCKIN' SHIP and you feel like you just got your head bashed in with a rock of stupidity. 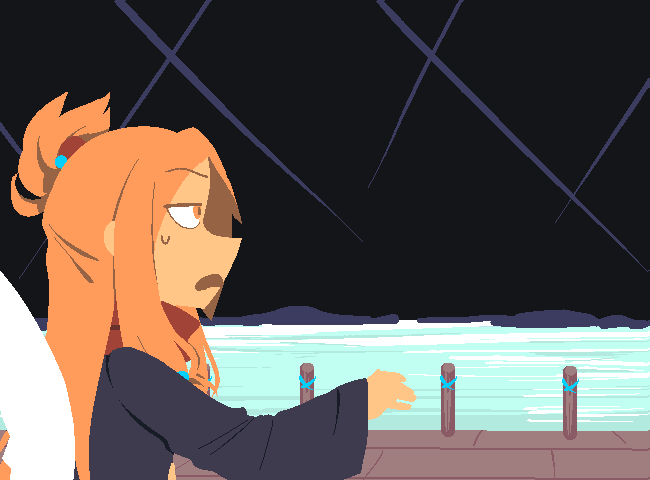 Hang on.
...O-on second thought, was that really them?

You THINK you saw what looks like tweedle-dee-sappointment-boy and someone else with him, who could be tweedle-dum-bass-thief, but you're not sure since they were pretty far. The distance combined with your slight facial blindness doesn't help here.

Shit, if only you didn't leave your monoscope with Warty!

Kaji: Just go and see for yourself! 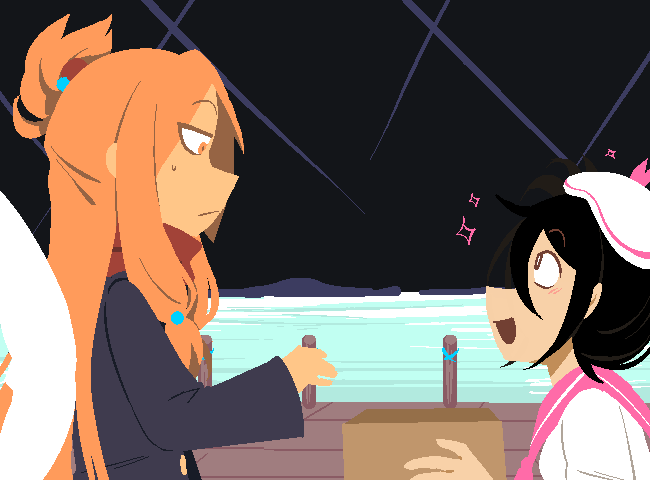 You'd love to see if they're in fact trying to ESCAPE on that ship, but the bright face of a hardworking sailor blocks your way.

Goddamn, what does she want.

With a smile, she offers you a crate, which is no doubt full of Selene's garbage to be displayed in the every sea island's shop, and tells you there's more in the back.

You say, yeah yeah whatever, just put all of that somewhere safe... 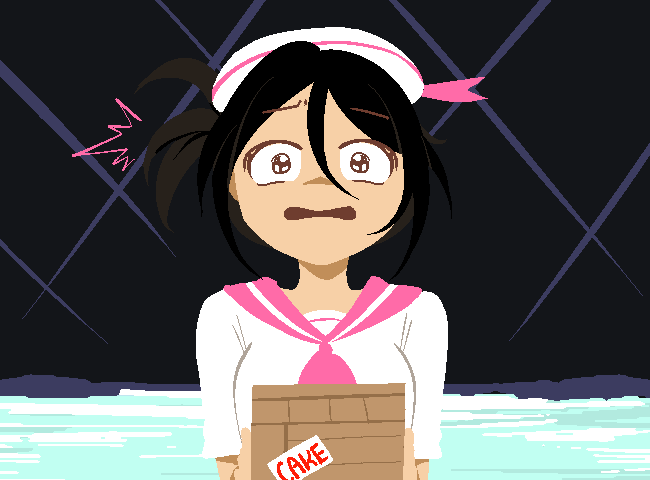 And she looks just about crushed by your response.
Oh god. She's a newbie, isn't she? 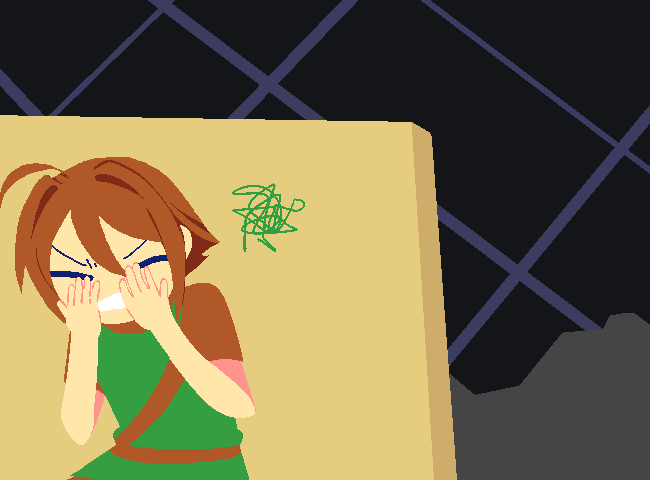 You've never facebashed (facepalmed) so hard in your life before.

Just when you finally got on the ship as the crew so kindly granted you permission, Kaji shows his stupid mug again. Was there any point to what you've accomplished?

Why did we think to go here when of COURSE the ships are under his command, is what you'd like to tell Meimona if you could safely scream at her right now. 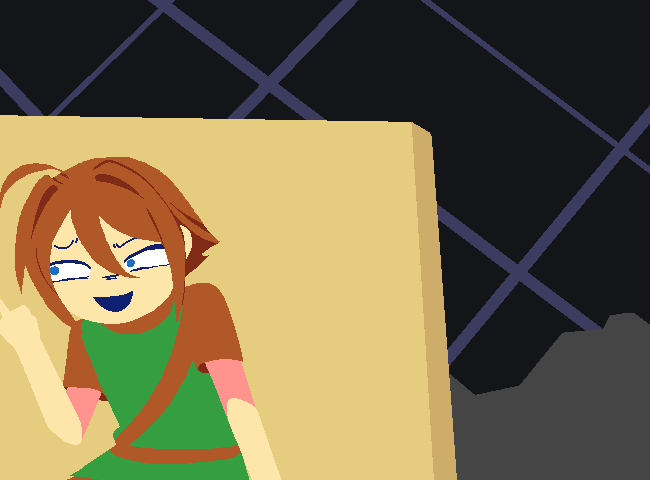 But you can't, so instead, you choose to give her a very rude human gesture in silence to communicate your degree of upsetness.

Your parents would be so disappointed if they saw you doing that. 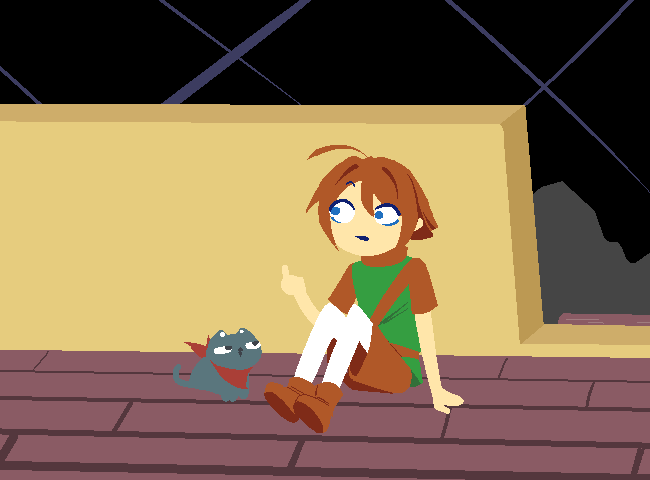 Wait... Nobody's here to intercept your rude gesture besides Boyfriend, who is definitely NOT your intended target. 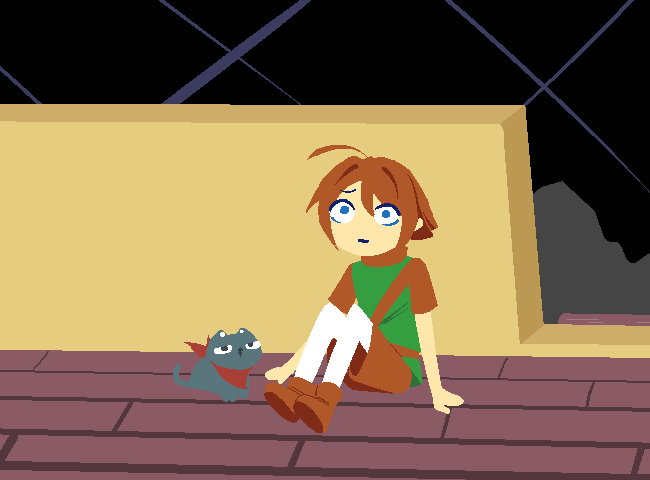 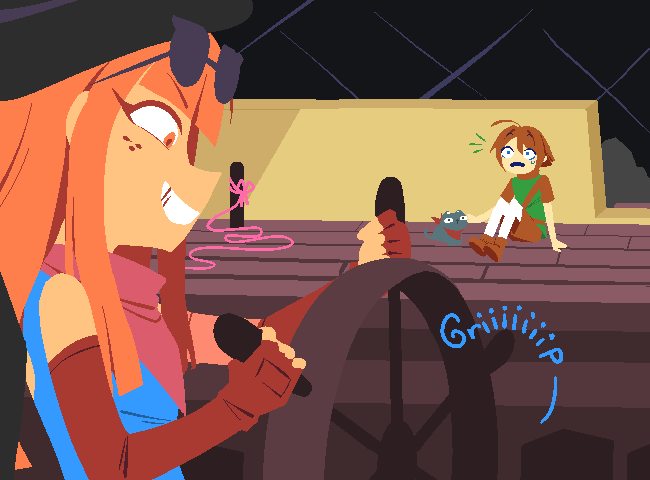 Nino: No time to question things! Raise anchor and get the hell out of port!

Kaji: be distracted and blind.

nino: throw something at kaji to try and stall him while raising the anchor

Kaji: Jump on the ship