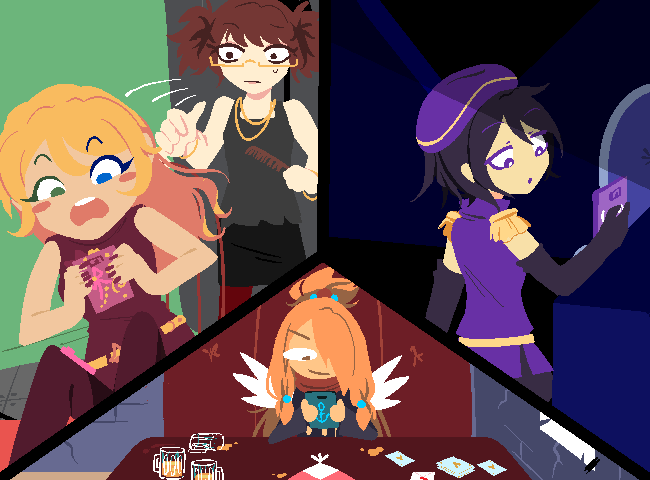 Kaji: Assure her that it's all fine. Nobody needs to worry for you. 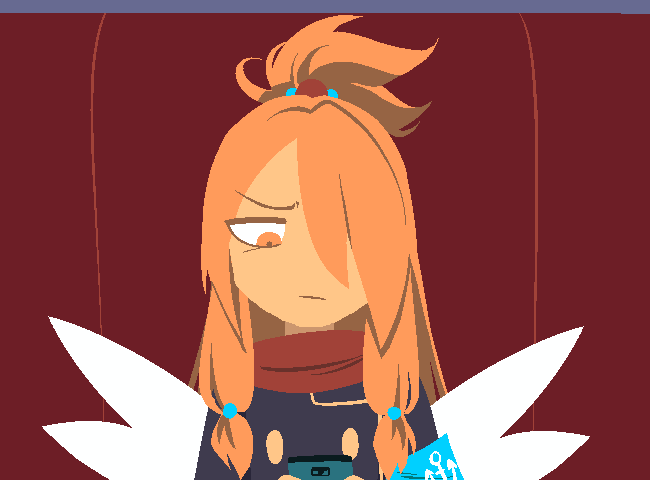 Selene: What is this SMELLY FRIENDSHIP BULLSHIT, you're here and you're IMPORTANT! 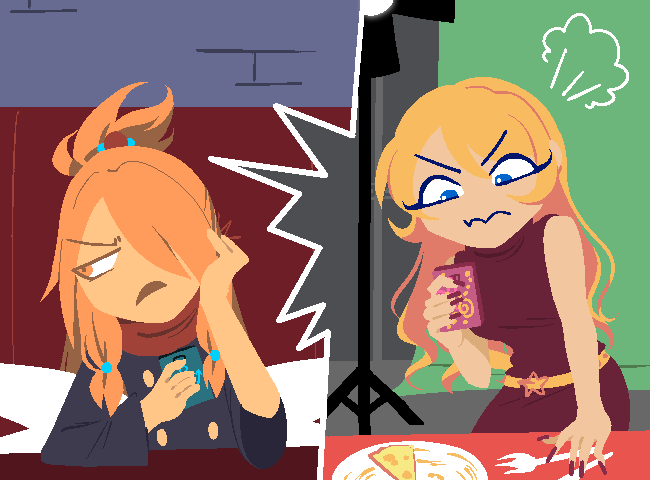 Selene: Speaking of smelly friendship bullshit, you're an understanding friend, too. 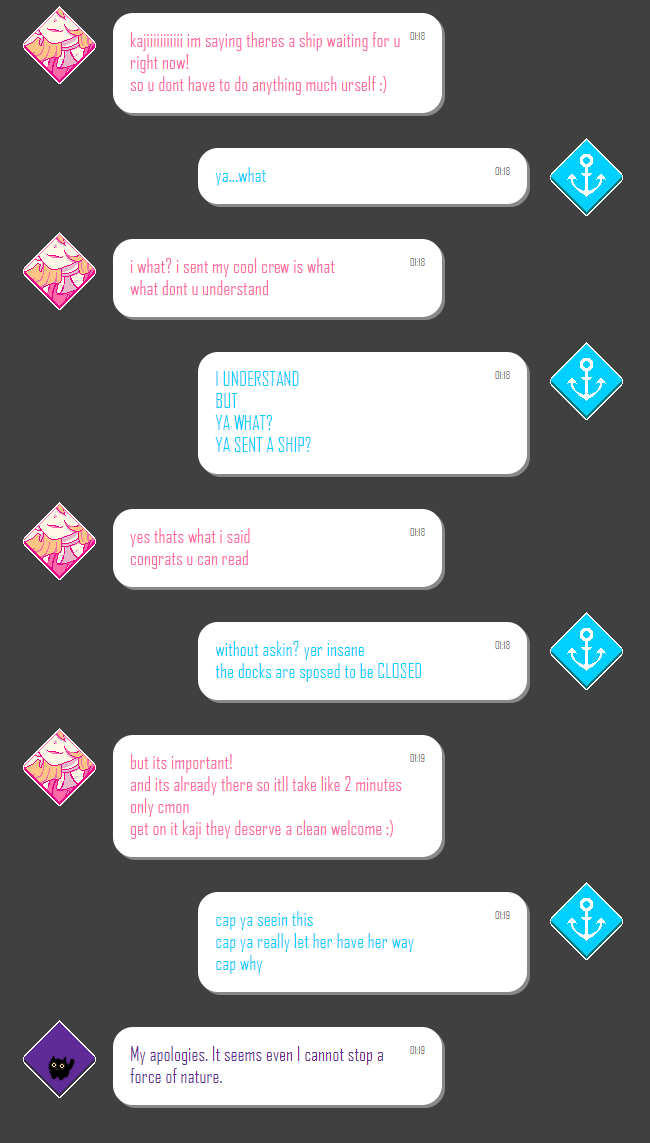 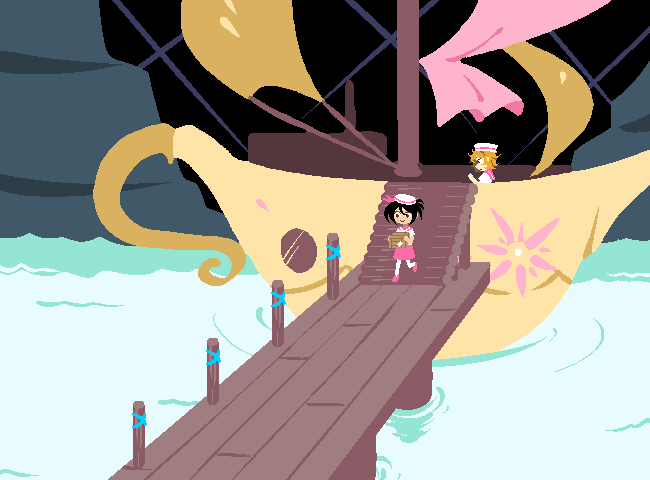 Cool Crew: Soon, you must pick up a special package too, and- Hey who's that? 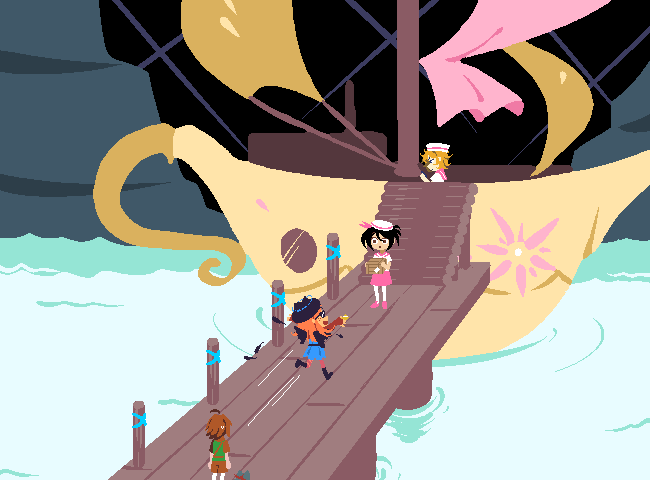 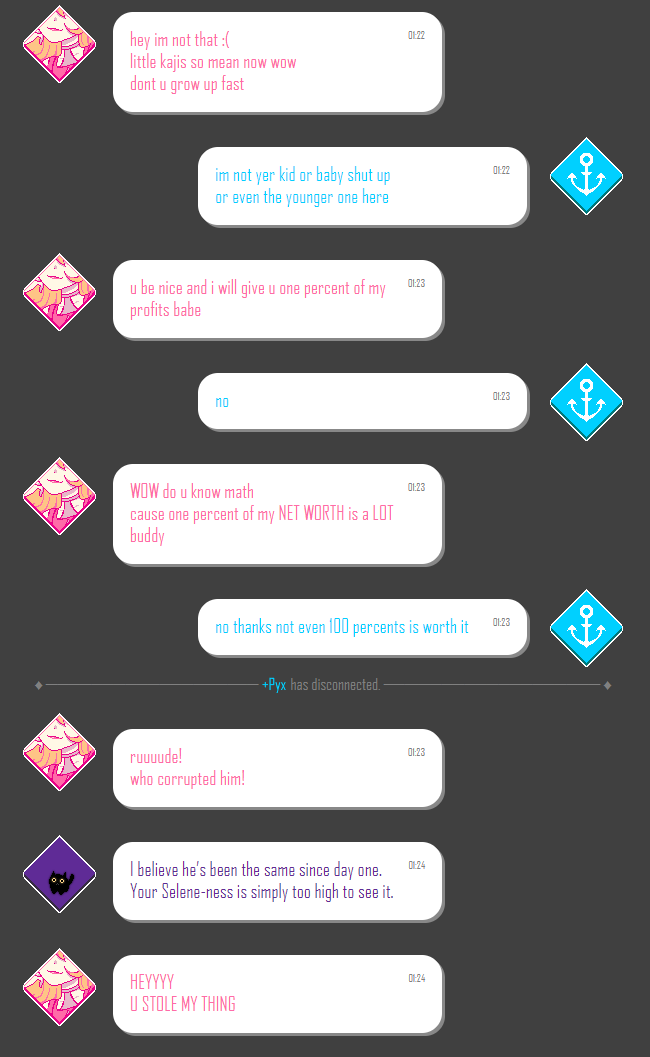 Kaji: Just give up and carry on. 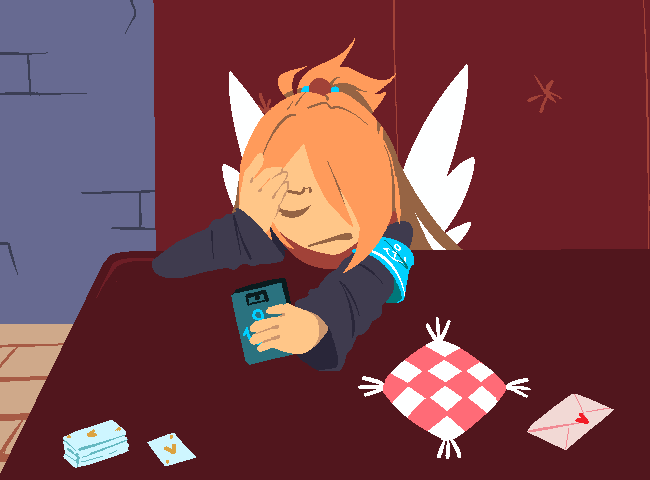 If you had to pick one word to describe all that, it would be "Insane". And if you could pick two, it would be "Fucking Insane". In the end, you'll have to fulfill your duties whether you like it or not.

Hopefully the payoff will be worth the trouble.

You notice that your table has been graciously cleaned while you were dealing with Selene's horseshit. Just goes to show that this place ain't called the best for nothing, they've always got that quick service on hand! ...Wait.

You didn't even finish your drinks, and yet they were removed. Uh.
You briefly wonder if you should ask for them back, considering they're YOURS, but also, you kinda paid nothing for them.

Kaji: Snap out of it! You can't keep wasting your time here! 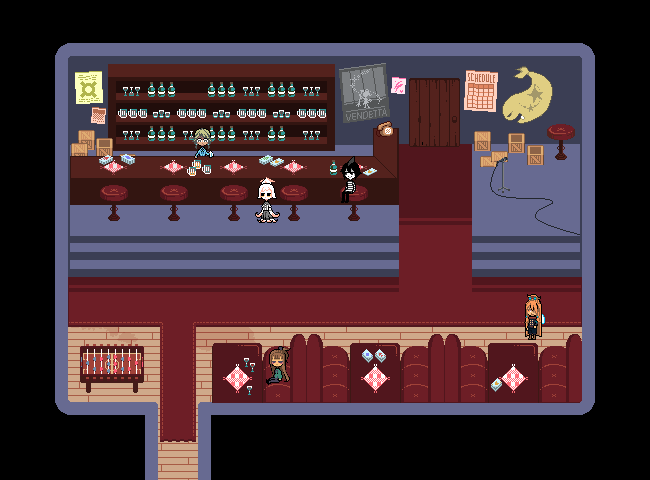 You've got work, so no more drinking, and no more sleep! Not that having more dreams about your memories of her would be unpleasant, no of course not. Hopefully, next time it'll happen again. Although, it kind of hurts to think back to what that dream was, so you're just going to move on.
As usual.

Jeez, just how did it end up like this??

That thief and her tool of a human guy dude are SO lucky those unrelated drinks worked in their favor. Hopefully, they haven't left the area yet. Hopefully, you still have a chance to redeem yourself before meeting his highness again.

Looks like you're one of the few stragglers left in the bar after midnight hours. Which is nothing new, really. What's new is that this time, you're leaving the establishment before sunrise.

Kaji: ok you buffoon, start by searching the area for clues, starting from the hotel, the people there are nice and those chumps couldn’t get anywhere without getting stuff from there.