The crescent is visible again.

Looking at it sends countless memories soaring through your head.

You loved sneaking off to watch mesmerizing eclipses like these. So much so, that sometimes getting lost in the forest over it was never a setback. 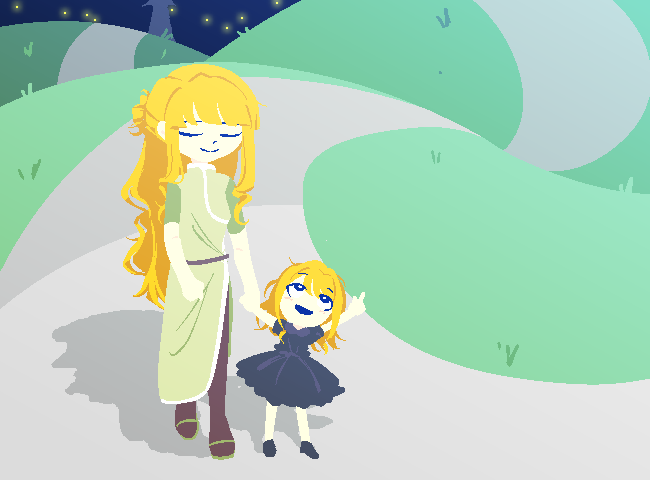 Before the barrier and dome even came to be, the constellations at night were a fond memory for you and your mother. She loved the view... Or rather, you suppose it's more accurate to say she loved your description of it. Despite relying only on your words to illustrate the beauty of the world, to her it was more than enough. And your childish limited vocabulary at the time never seemed to bother her, either.

It's a good thing you visited her grave earlier today. 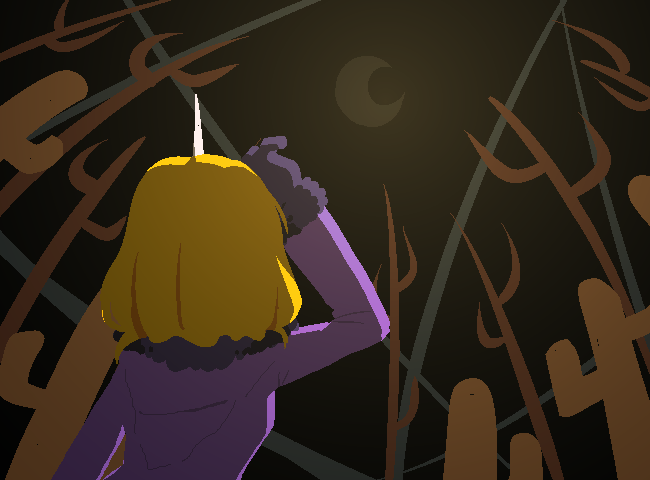 That's going to remain behind now, just like everything else.

You hope you can see that same sky in the human world, even if faintly so.
If not... You'll really miss it. 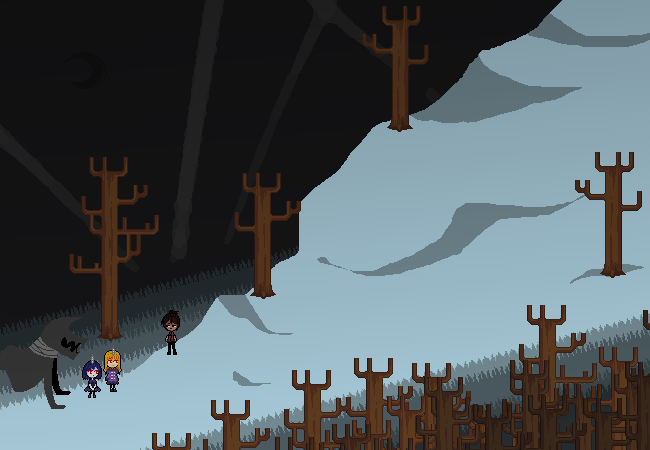 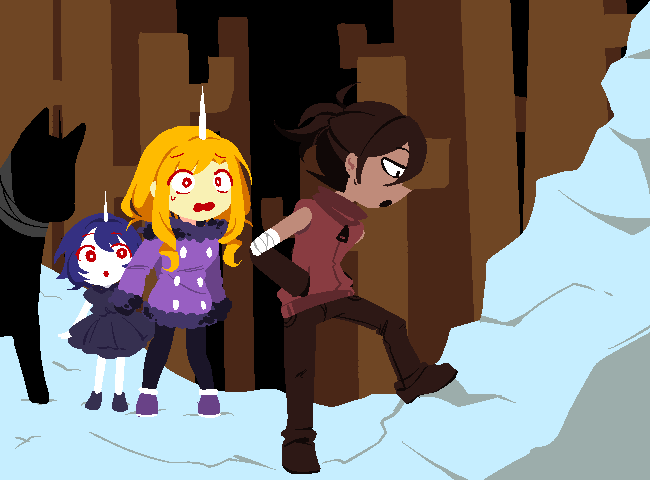 Absolutely preposterous. There is no way he can expect you to just follow and- oh god he's already scaled half the mountain. 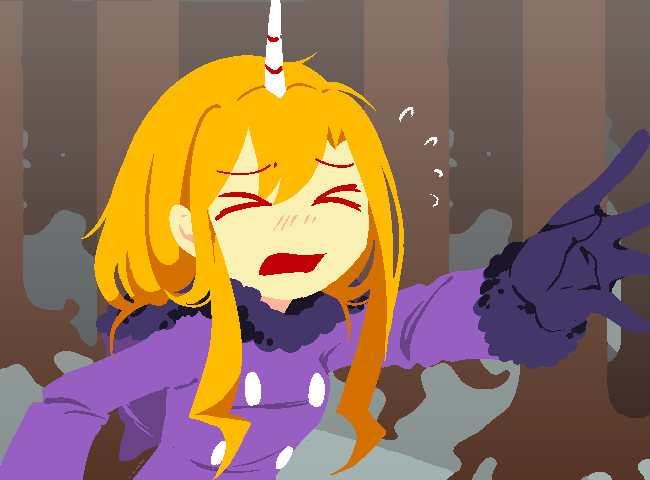 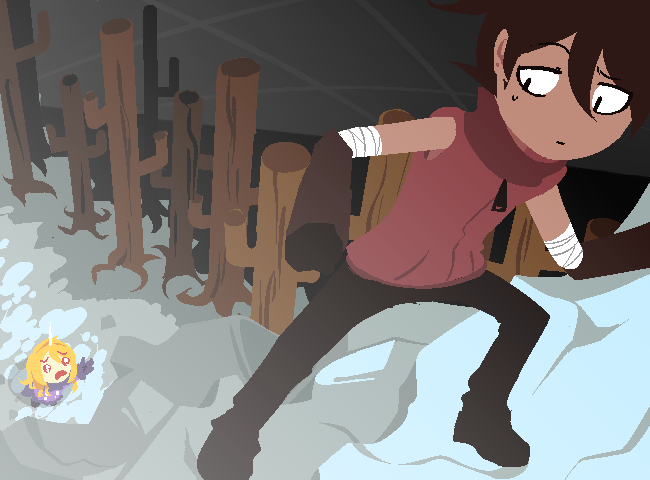 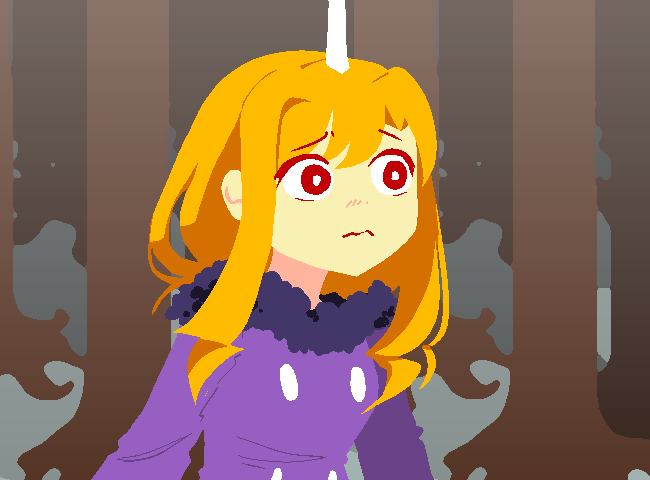 You might really be left behind, at this rate.

What a guy!!! He could AT LEAST give you a hand, not like it would kill him or anything! And it's not like he can't use his literal (odd looking) hands, whatever their deal is! He certainly had no qualms dragging you around without warning.

In no time, he's made it up, and he's got something to say (shout) to you. 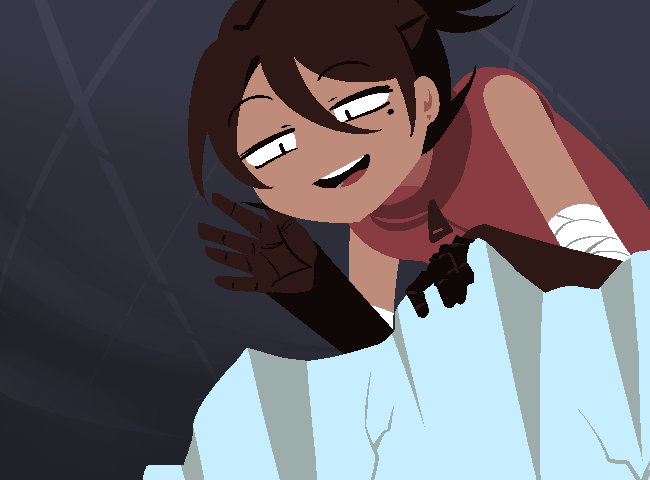 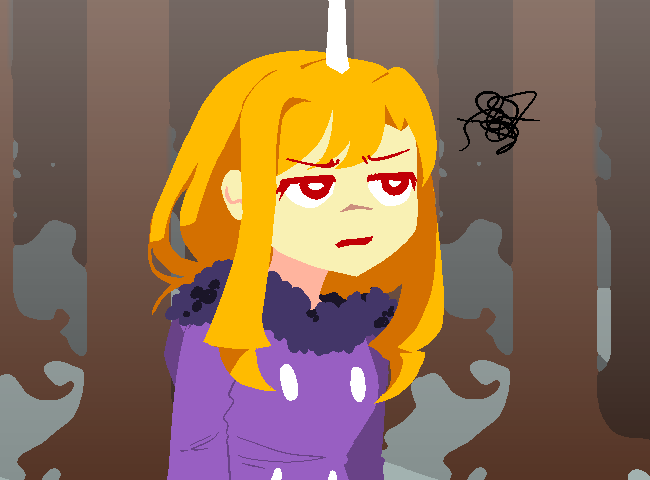 ...No, nope, never mind all that.
He’s doing this just to prove some kind of dumb point, fully expecting you to be struggling.

Look at that smugness, that’s surely EXACTLY it.

And what would this even prove? The stupid baggage thing again? Why, he's so hung up on that, you'll really just have to show him what you're made of. You're all on your own, but that's hardly anything new by now! 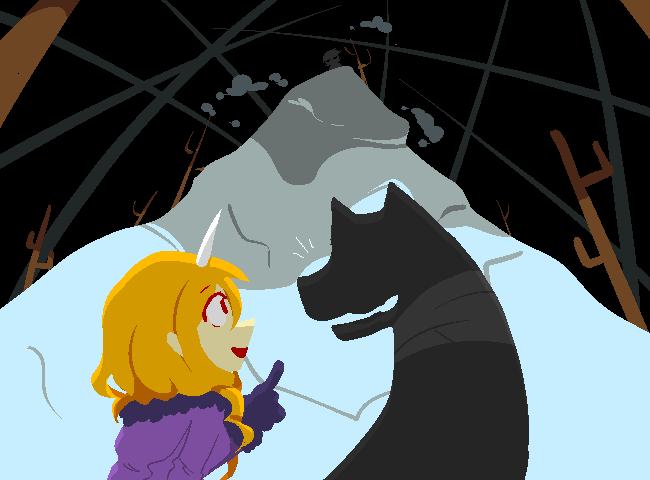 Curse this silly mind of yours, always jumping to the worst of possibilities. It's a no-choice situation, and those are probably the ONLY situations where you can push yourself to do something reckless and dangerous (in your eyes!).

If a mountain strands between you and your goal, you’ll cross it like it’s nothing.

Ludwig can do this easily without weight on him, so you tell him to go ahead.
Like the good boy he is, he heeds his master's orders instantly. 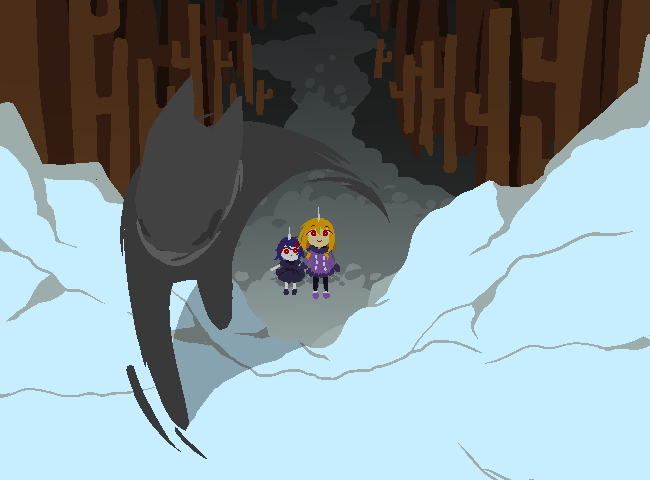 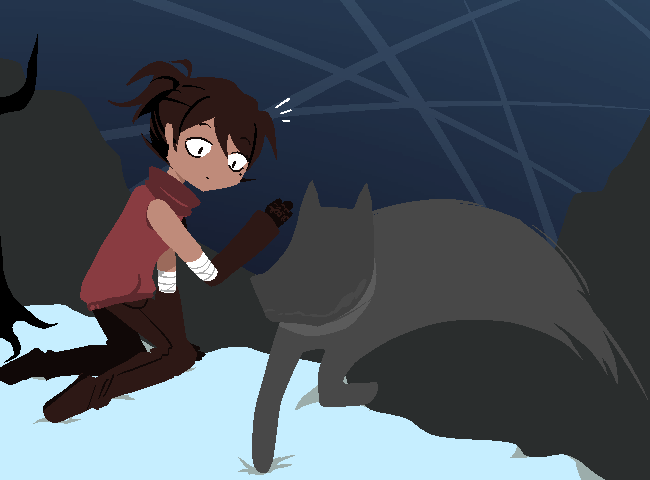 His leaps are as majestic as they are spectrally.
He successfully carries himself up in no time.

The masterful maneuver earns him ONE (+1) POSITIVE IMPRESSION POINT from Reed, in the form of a teeny eyebrow raise. What worthless points!

They probably aren't even real! 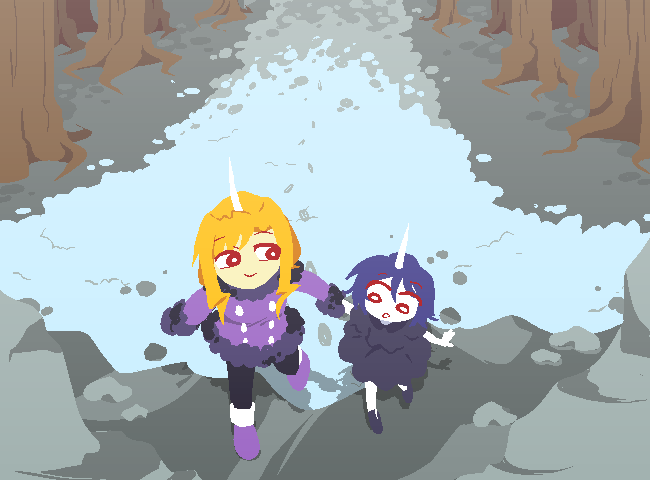 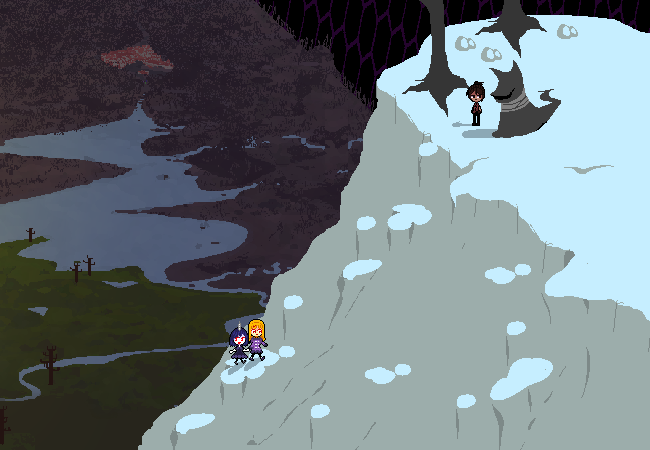 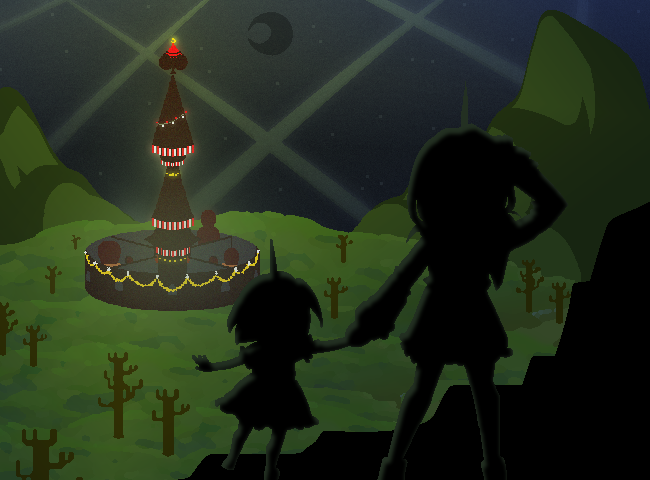 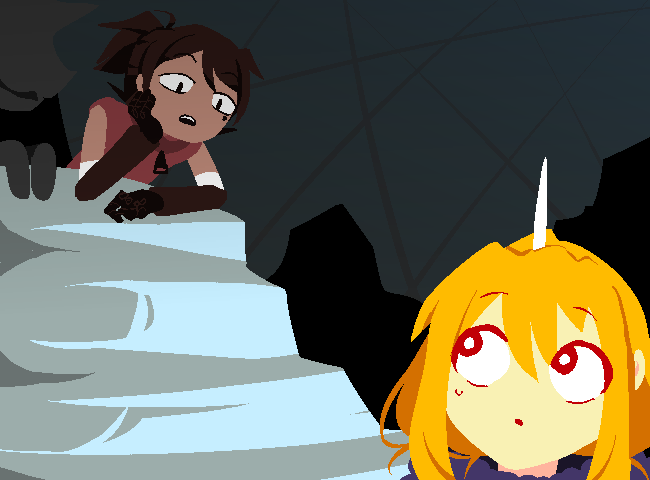 Next update is on the 15th.
I just started my summer break so there'll be some more actual updates now, thank you for bearing with me.

Also, I spent an embarrassingly long time trying to draw panels with the perspective of climbing mountains for this update... Would not recommend going for those weird artistic angled shots, but I guess the payoff looks decent enough!

Definitely looks good to me!

Reed: Explain, they won't have any chance of surviving in either world if they lack the proper intelligence.