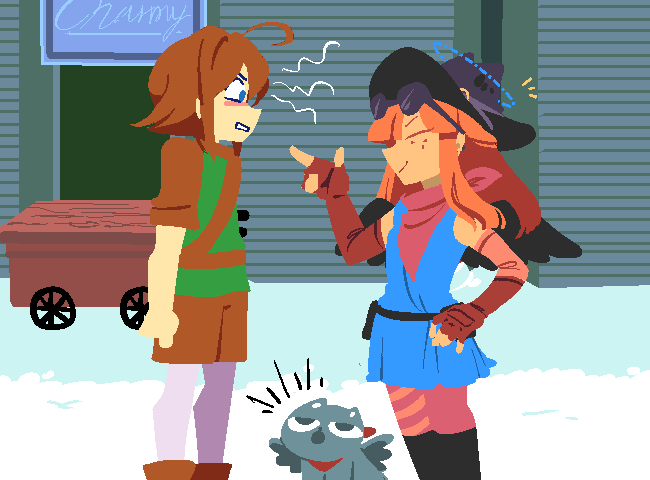 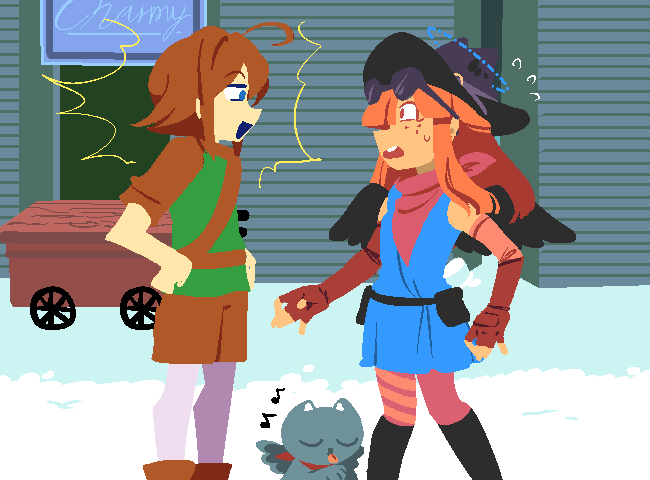 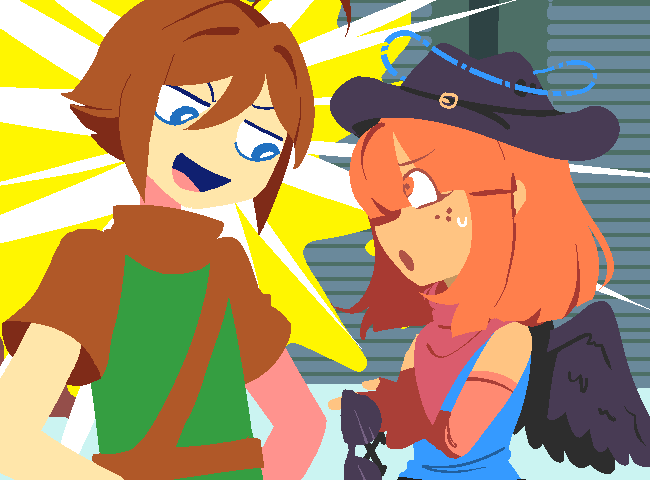 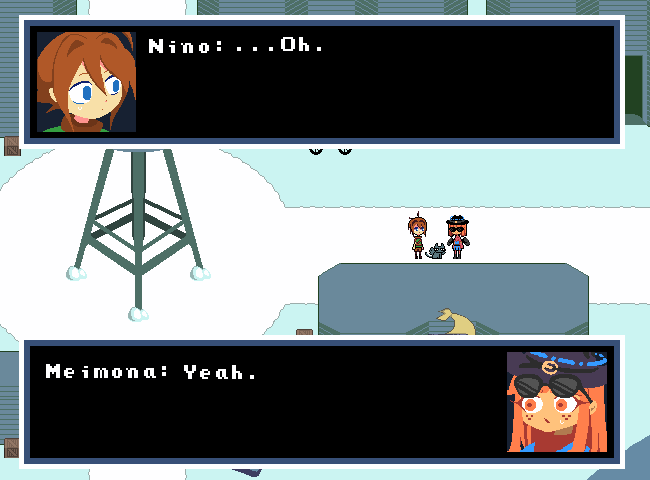 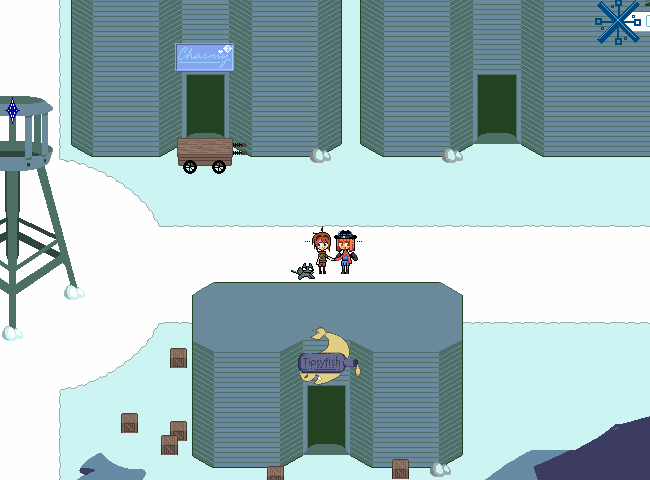 And so, contrary to your plans, it happens.

Under a looming common threat, and under a mutual fear of betrayal, teamwork comes to be through an awkward truce. You finally yield, and so does she. You very awkwardly shake on it just to make it official.

You'll have her feathery back as long as she has yours.

If you're being honest, she doesn't seem like she has actual bad intent towards you.
Maybe you ought to not be so on guard from now on...

Ow! Your head kind of hurts!
That was a weird half-coherent half-jumbled thought. Please don't do that again.

Anyway, the party screen is almost just as it always was, except now Meimona's there, fancy disguise and all!

This is definitely the first person to show up there besides yourself.

You GUESS it means she can come to your inevitable party, whatever it'll be for. And Boyfriend too, of course! Doesn't matter if he's not showing up on the thingy, he's still getting front-row seats to that shit. Hell yeah!!!

This placement seems a bit odd, though. A conspicuous amount of spacing is present.

You wonder if you could try moving Mei closer? Or further, perhaps.

Nino: Give it a go 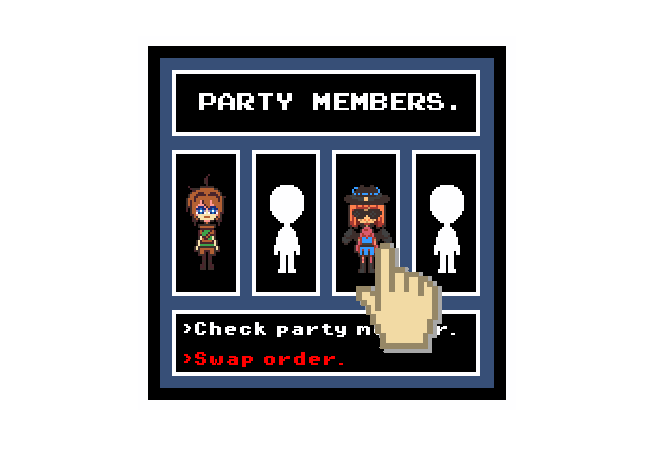 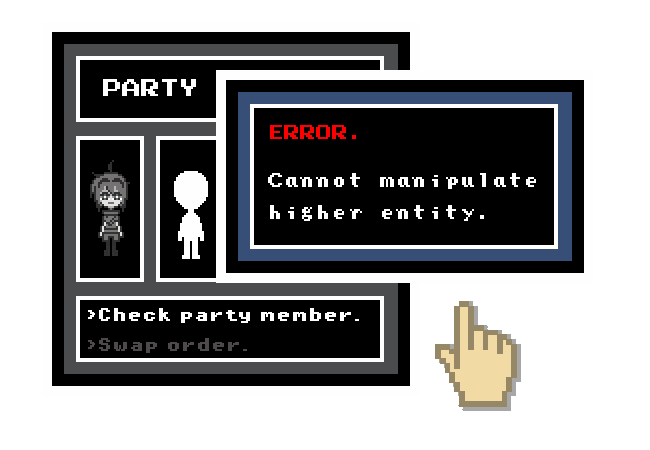 It looks like your pesky advances have been rejected. Darn!
A higher entity? You wonder what that could mean.

This thing's... Kind of insulting, you think.

Time to put it away, you're not taking any more sass today! 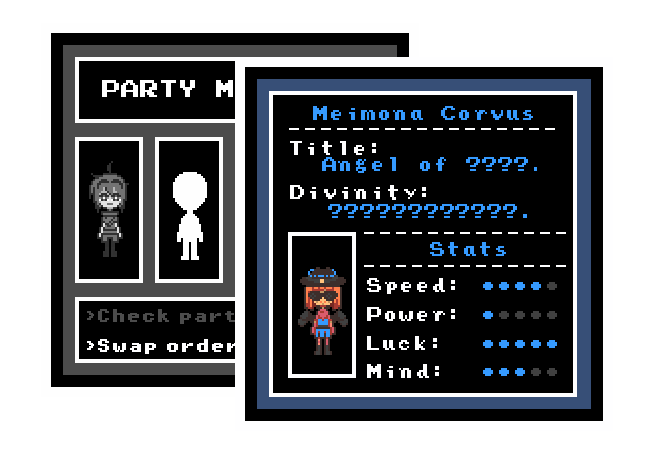 Weirdly enough, you're not rejected this time.

A lot is revealed at once. This is some juicy info!
It looks like certain things are still unknown, though. Maybe asking Meimona about them would reveal more, but this feels too weird to talk about. If you're going to get any more information, it'll be all organic and natural. That's what gentlemen do.

This is somewhat sidetracking though.

Nothing to worry about for now, you think!

Nino: Plan an escape together. 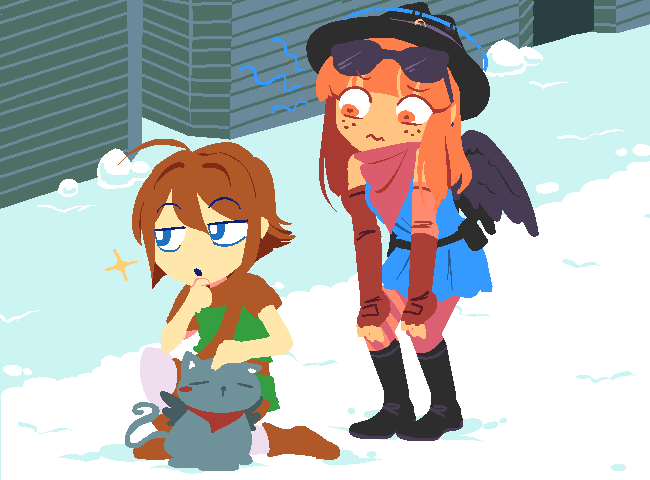 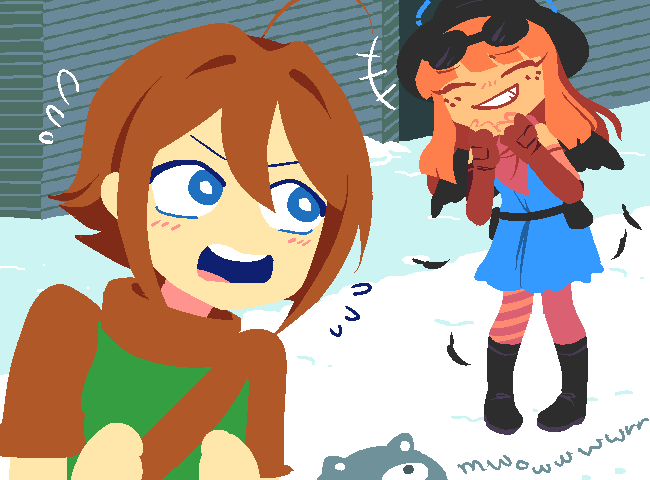 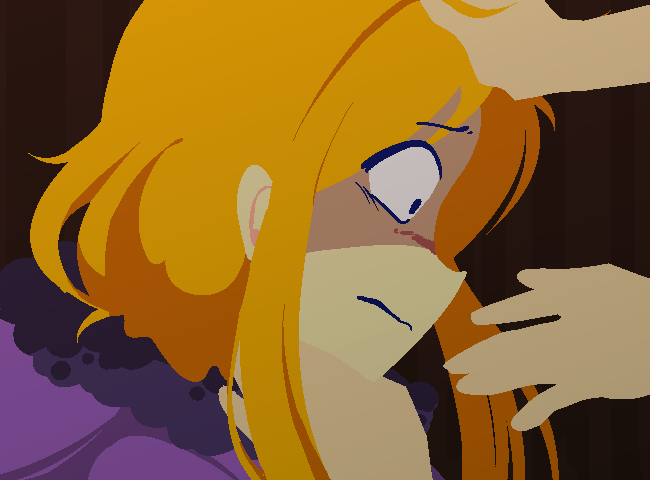 You can't lie anymore, can you?
You don't want to.
Aria: Ignore the illusion
Subscribe
Login
11 Comments
Oldest
Newest Most Voted
Inline Feedbacks
View all comments

Aria: Frantically figure out how to word your next conversation with five

>Nino: Didn't that boat get crushed when Mei threw the top of a mountain in its general direction?

Nino: maybe she has too much LUCK as seen when you analyzed her stats. This may be a part of her ability.

Aria:Calm down. You are an illusory type so you should be able to resist the illusions. Besides, you saw through them when they tried to be your parents!

I have a feeling R will be the last party member.

honestly you're right, anon, but i kinda wanna see a monster in the party.

Full text: Nino: may as well check on the party, maybe you'll see Aria again since she was invited.

Five: Grab that cleaver and Chop! Just like Aria has shown you.

That would be perfect!

Fake!Nino: tell them everything is going to be alright. Or use some other ironic echo. Whichever one works for you.