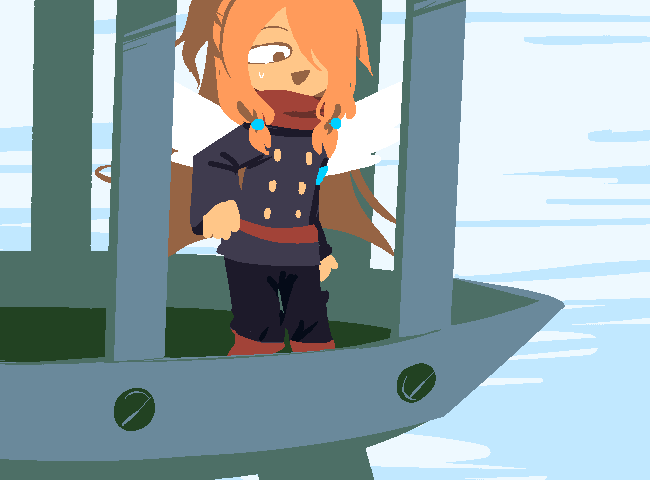 ...Yeah, uh. Look, there's something you need to know.

Like, at all. Your wings are totally useless. It's a consequence of losing your halo, and all the more reason for people here to mistreat you. Haha, point and laugh at the worthless angel Kaji, whatever.

But it's no big deal, flying is very overrated.

You have better tricks up your sleeve! 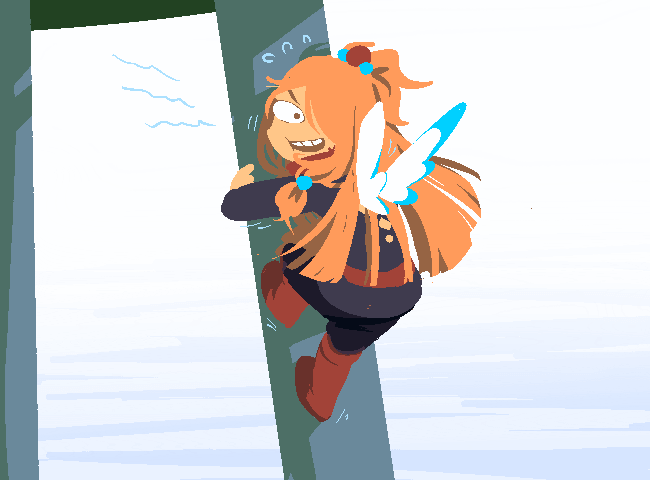 You can still easily get around despite lacking the ability to actually use your wings! Take that, society! 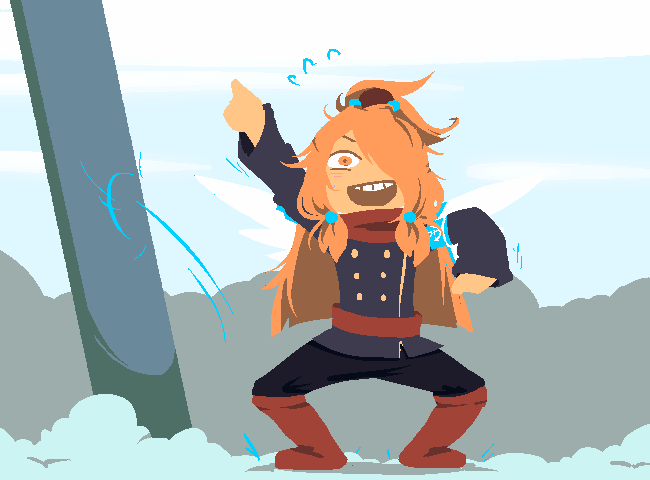 You just gotta be careful while you go down! It's considerably harder than climbing, but you still did it! This will show them all. You're capable of doing anything you put your mind to, divinity be damned.

You can just hear the never-ending applause from everyone for what you just accomplished coming in. "Oh Kaji, we were so wrong about you," yes, YES. Let the apologies flow in, and then comes the praise. 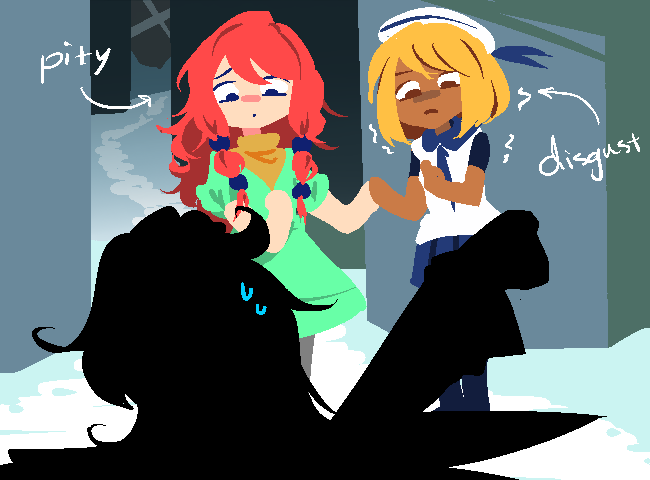 But as usual, the reaction is the opposite of what you wanted.

No, no, that's wrong, you don't want a thing out of humans! This is fine, who cares what they think. Suddenly, you feel the atmosphere muddling up, to a point where you're unable to bear it.

Screw it all, the sea will make you feel better.

Onwards to capturing the thief and finishing up your work for the day.

Nino: Look up from the letter, it's clearly just stressing you out. 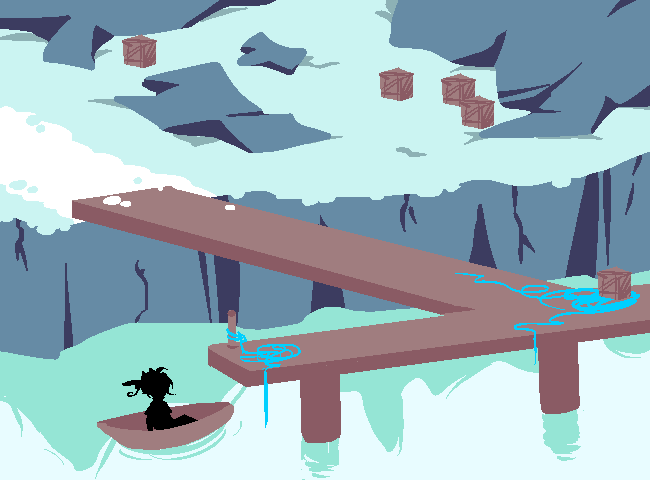 You stash away the annoying letter. Good riddance!

Also, you've just made it to the island, hooray! This dock feels a little too high for your stubby little boat. You figure it's built for big fancy ships, maybe.

Nino: How are you going to reach the dock? 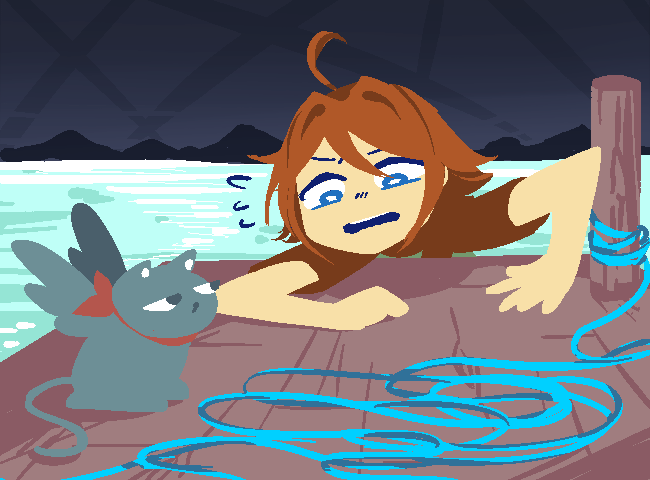 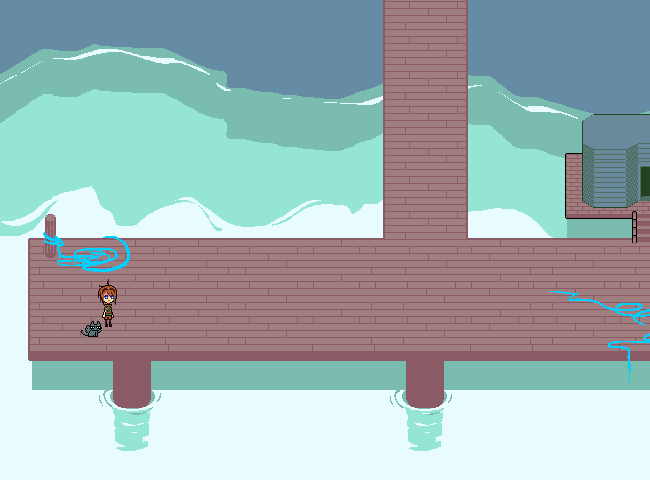 By SHEER WILL ALONE, you make a big leap for it! That was in, in fact, not easy, but you manage to get up somehow. Meanwhile, cat just flies up and lands down gracefully.

Damn, must be nice being able to fly!

Nino: Begin to declare undying and eternal love for cat before being interrupted by someone 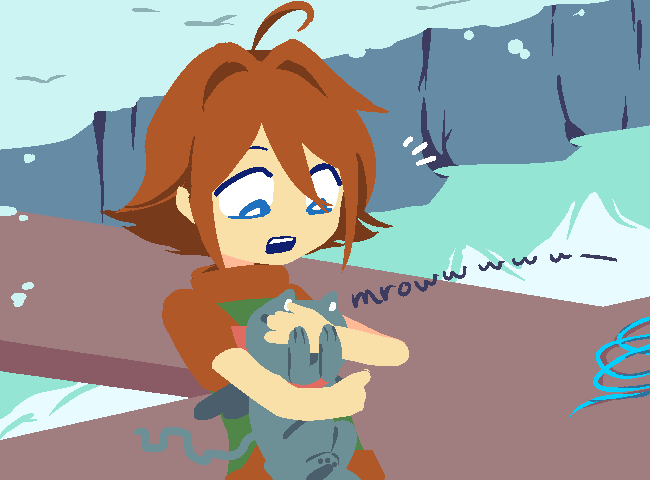 You try to do that, but you're interrupted by cat himself.

Out of nowhere, cat becomes agitated. He hides under the palm of your hand and shudders a little. Oh no, dear cat, what dares scare you!!

Let it be known that you'll kick the ass of anything just to calm cat down. 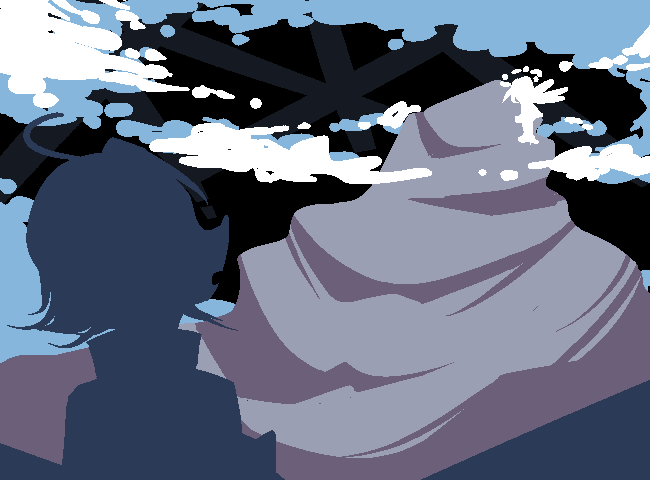 Your eyes scan the landscape, until they fall on something.

A peculiar sight, somewhat paradoxical in nature. That is because, you're sure you've never seen anything like what you're seeing. Yet, you get a sense of familiarity from it.

Your subconscious is bewildered, balanced in a split state between surprise and recognition. 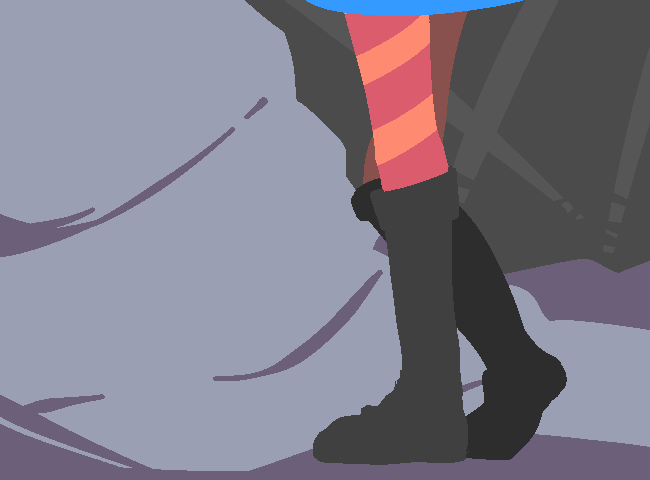 Atop the mountains stood a figure of a girl. 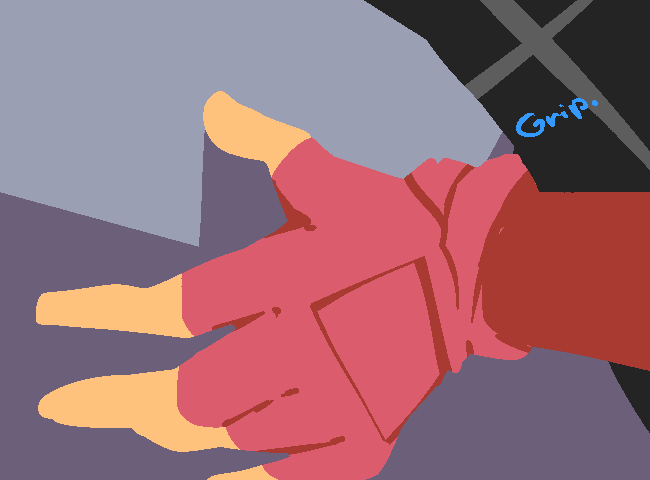 She began a set of perplexing actions, perfectly mechanical in motion, yet treated as the most normal of routines. As if any average Joe would do the same without thinking twice.

As if everything you were to witness was pre-determined. 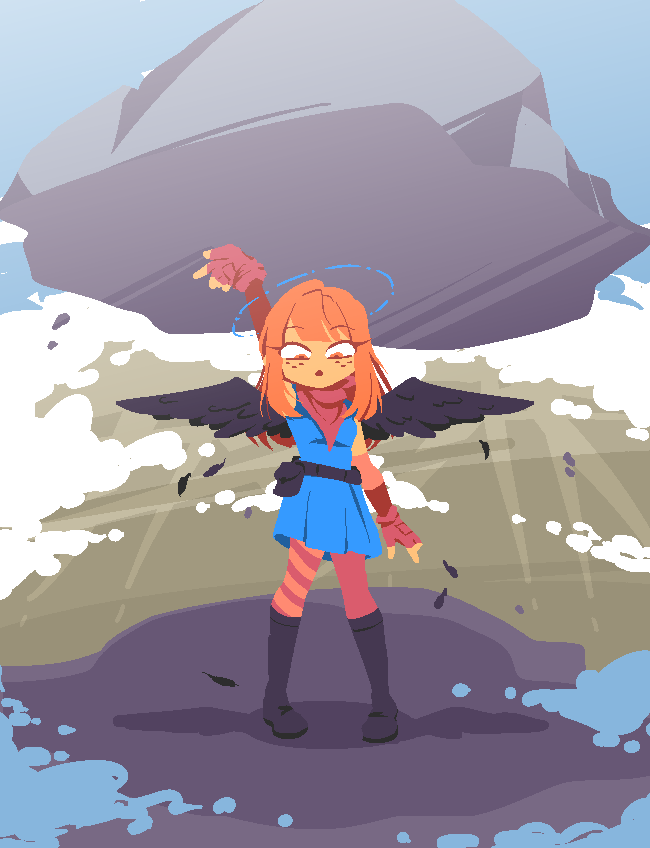 One handed, she raised the tip of the mountain.

I never really just appreciated the last panel on this page. It's really neat.

Thank you! I've fixed the typo.