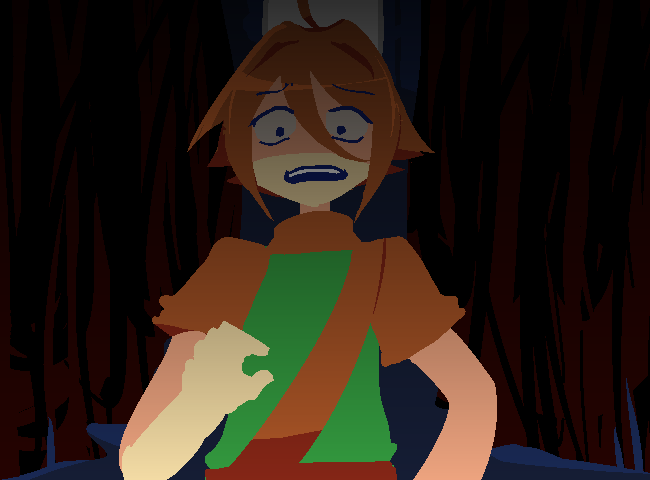 You fail horribly. You fail so, so horribly.

You attempt to run, but you end up just tumbling on your back.

In your panic, you hit something cold behind you. 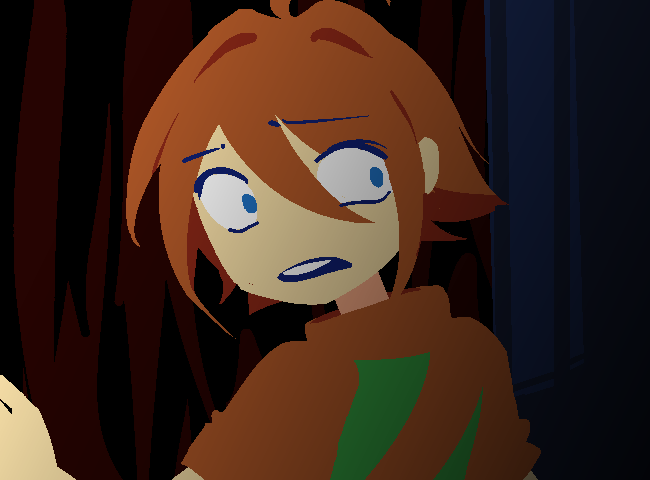 You fail to see how this couldn't make you freak out MORE.

What the hell could be behind you now? More dead you's???

Oh that would just be DELIGHTFUL, you sure want to see your decapitated head again!!!

Maybe it could be a HEADLESS BODY this time, a nice change of pace, HUH??

Or someone else's corpse, how's THAT for a twist???? 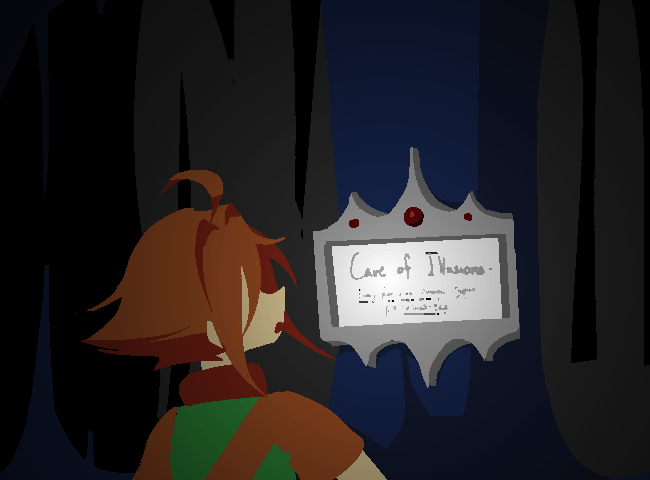 Nino: Woah ho ho! That's one for the books isn't it, ha ha. But you should probably just turn around and ignore the Nino soup in front of you.

Ha ha! Yeah! Uh! If it's an illusion... Then there really will be nothing if you turn around again! Right!? I-it's okay!!

Illusions aren't scary, you don't need to ignore it!

You see, as long as you're aware of an illusion, you can break out of it!! You hammer down that thought as deeply as possible into your head, and hesitantly turn around.

Nino: please for the love of god tell me that you haven't had this sort of thing happen before.

It really was an illusion.

Look. You can almost confidently say that this sort of thing might only happen to you in a dream, or rather, a nightmare. This is the first time you've fallen for an illusion like this, which is probably because you are not an illusory type. You lacked the immunity for avoiding it.

Even if you know that the thing about illusions is that they're based on a person's memory, it's still okay!! That's not scary to you at all!

Maybe it's best not to think about the source at all!

Nino: Focus on survival for now. Find shelter and/or get something to eat or drink. 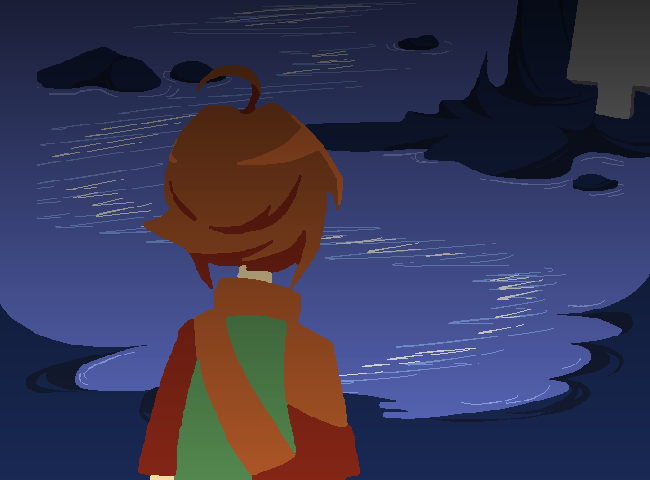 Yeah, OK. That'll be your top priority AND distraction from the mess earlier, for now.

That signboard with its back facing you seems like the PERFECT MYSTERIOUS DISTRACTION. You're gonna check it out.

And then maybe look for an exit because this place is not a very good one to be in. 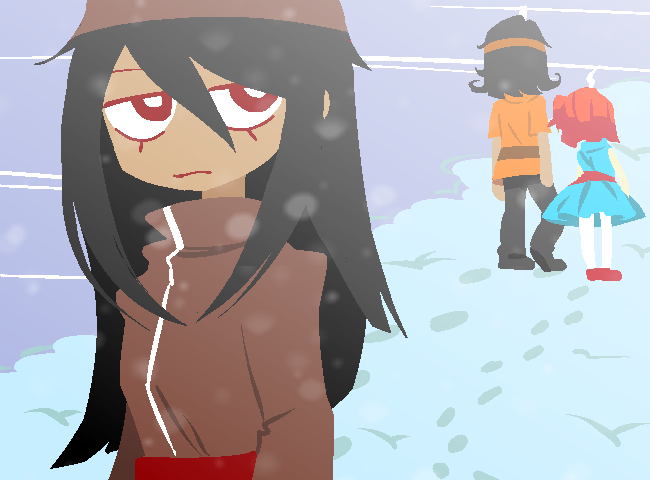 She's not sure what those words mean, but sure. Let's just say that's what she did.

Wait... Who the hell is this person?

Not-Aria: Wait, who are you?

You're nobody!! Just some passerby! 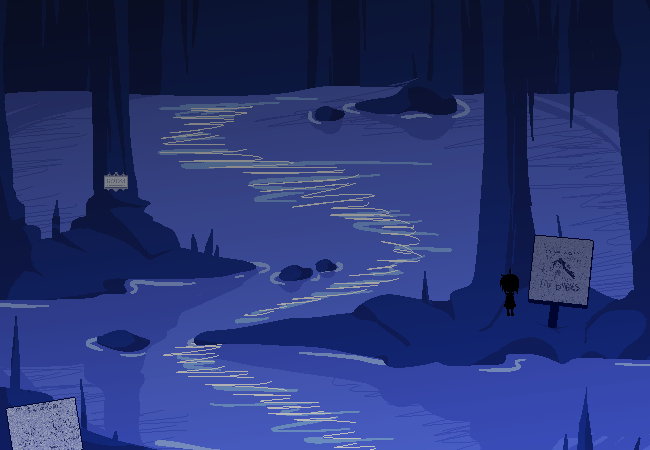 You rapid-fire-epic-style cut away from Not-Aria's screentime to look at this cool sign with Nino.

Jeez, it's super dusty! This, along with everything else, must have been abandoned here for years. It holds up, considering the possibly-dangerous illusory environment of this cave. You doubt anyone's been here for a long time. 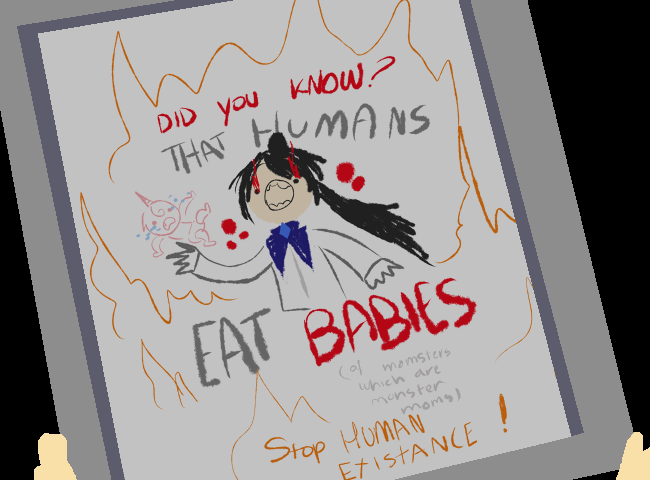 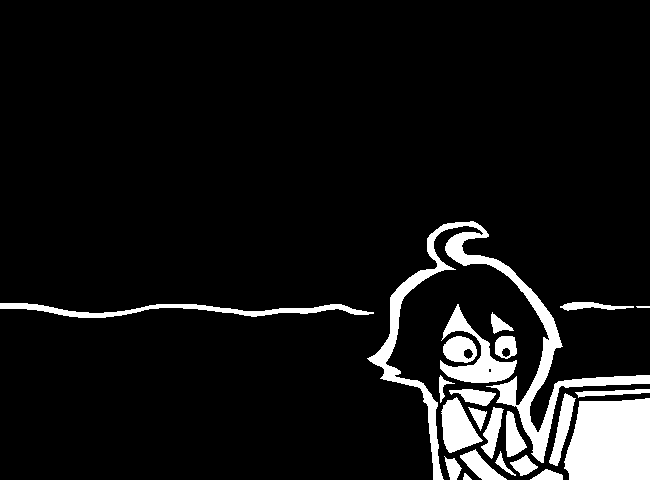 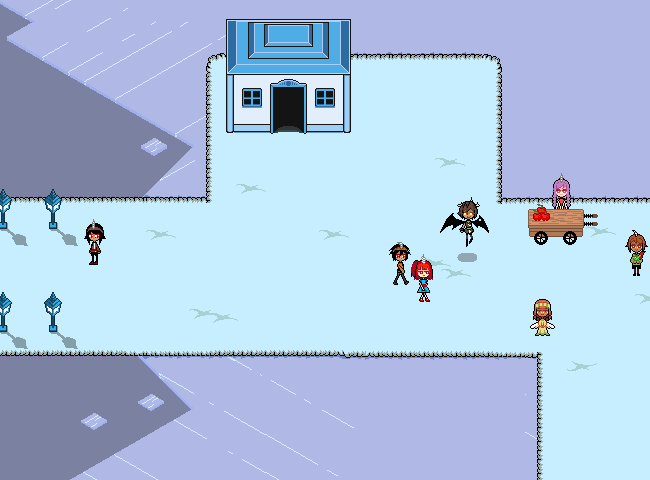 It appears the coast is pretty clear, actually! You've managed to swiftly fool that guy, and now they're all leaving. Nobody suspects a thing!!

(Also he looked kind of familiar, but that's probably not important.)

You're hoping to quietly get out of here, and move on to your next goal: Finding Ludwig and Five.

...But before all that, there's a little problem at hand.

Your Focus Gauge is really suffering from keeping this elaborate disguise up. That's right, this is no regular horn-and-red-eyes Beguile business, this is a BIG Facade that takes a hell of a lot of focus to maintain. This greedy bastard is nearly done with consuming half your focus, in fact!

You need to find somewhere safe to rest up before doing anything else.

Note: Nino should be more careful when using swords, he isn't fighter from 8-bit theater.