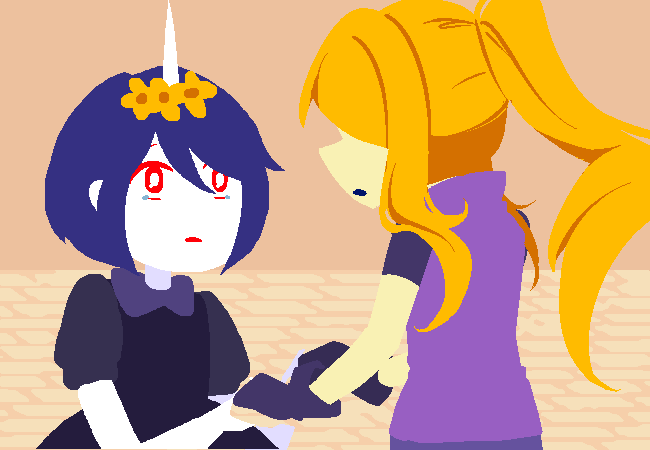 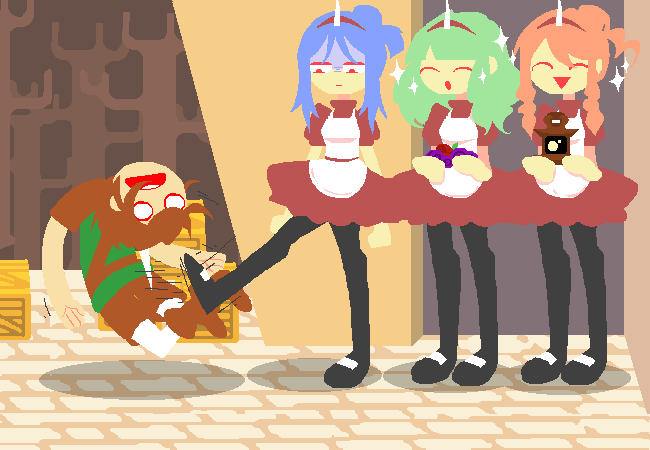 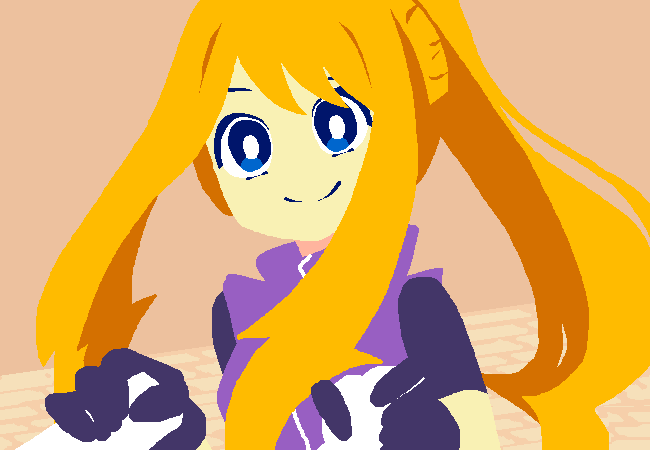 Nino: wonder how you got to this point in life, that you are getting mugged by anime maids. 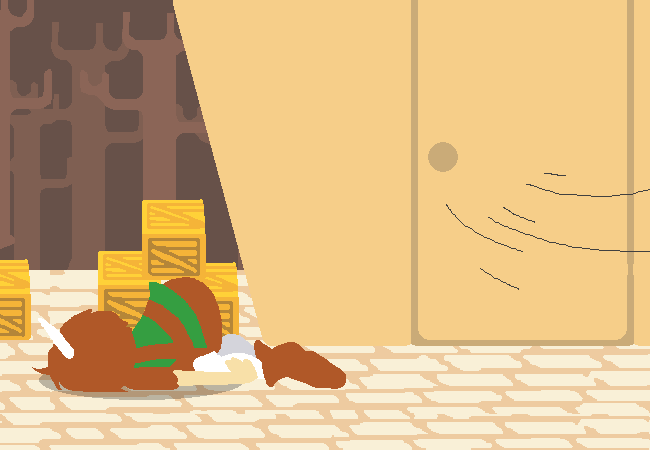 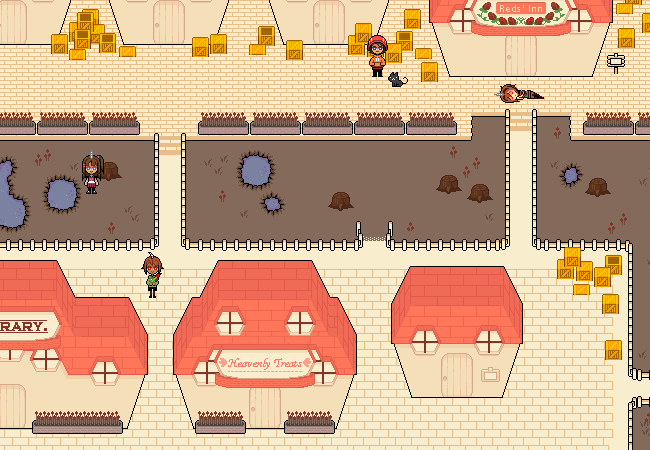 Everything in your life, everything in the universe, all that was, and all that will be, it all inevitably lead to you getting your ass kicked by a bunch of maids. This is a fact that maids robbing you was just a thing that was supposed to happen to you all along, at this exact point of your life. And you absolutely hate it.

For what purpose doth man breathe, just to be humiliated henceforth? Are we not mere puppets, overwhelmed by the flow of time and destiny? Isn't this very destiny the cruelest mistress any man knows of? Shall thou dare to oppose destiny, you WILL find yourself lacking belongings, laying face first on a sidewalk, infinitely dwelling on your pathetic state. Ok this is getting out of hand, ow, your everything hurts right now. 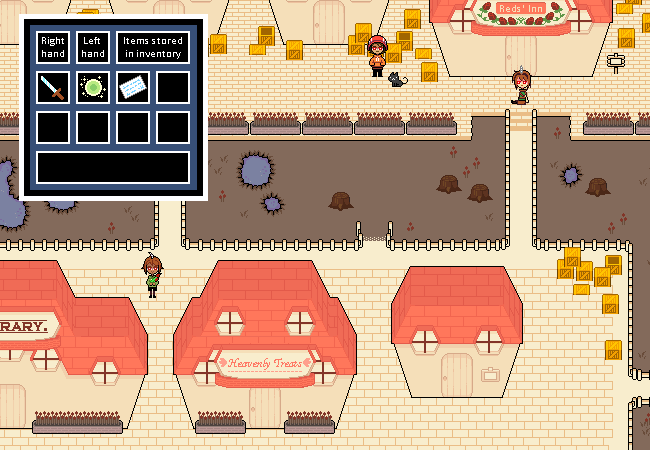 That's not a thing you can do, unfortunately, so you'll probably have nightmares about this forever from now on.

What kind of barbarian maids set up a shop just to ROB people, and why is that allowed here?? And why were you stupid enough to go check a shady Inn?? You're blaming Kotori for not making such a thing ILLEGAL in this goddamn hellhole.

They took literally everything they could except for the useless NOTE, and your SWORD. Apparently it was too human-fashioned for their tastes.

And of course, your ability. No one can just take other people's abilities, you think.

Their worst crime, though, is taking the RED TULIP you "bought" for Aria!! Now you'll have to go back shamefully empty handed. 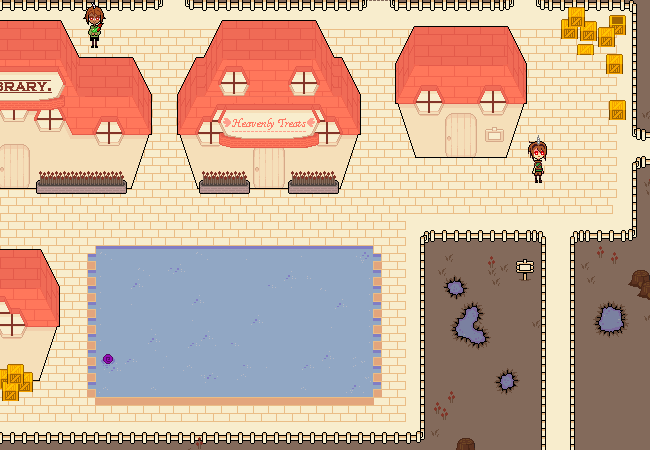 Oh well, you didn't get any clues on Kotori there, so you guess you have to depend on yourself to find her now. As if you weren't doing that already, nobody here is helpful.

These two paths are the only ones left to check. 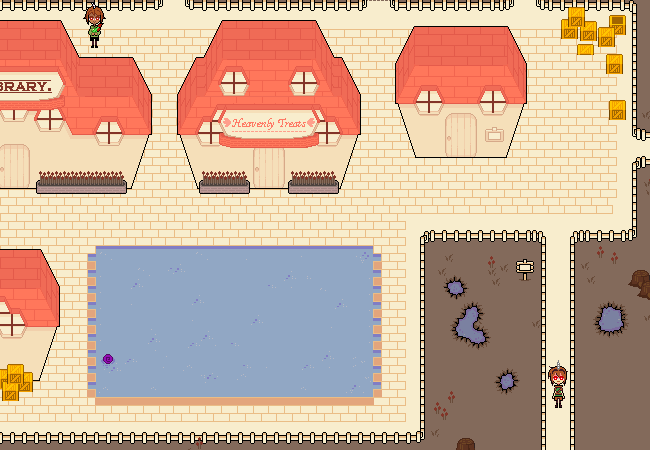 You decide to go down the bottom path first.

Aria: Comfort Five, and maybe take her to Nino. 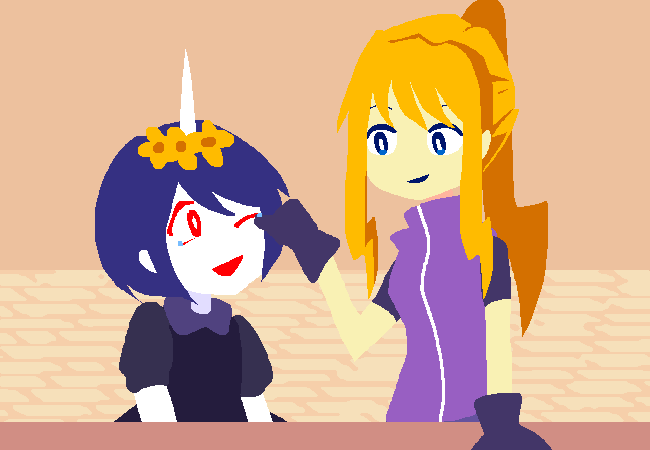 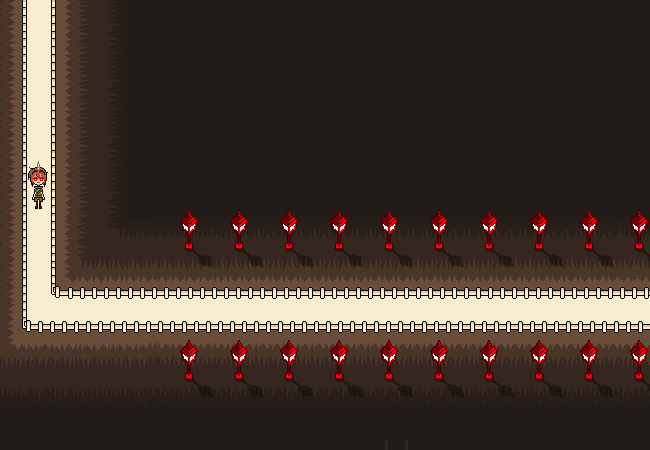 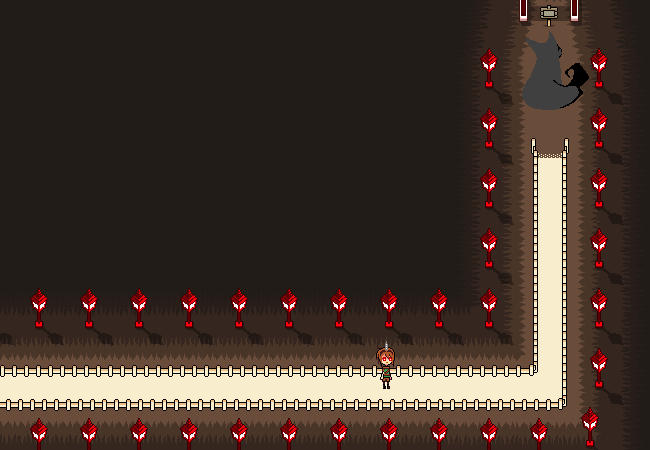 ...Does Aria just leave him out here, you wonder.
Does Ludwig have no dog house???? That's criminal!!! 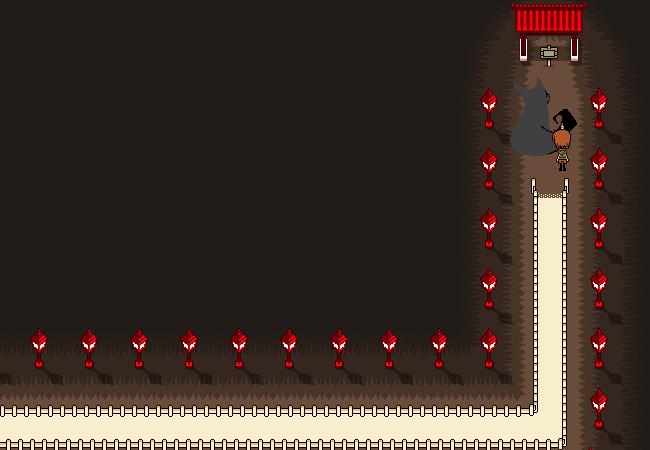 You greet the big grey beast. He responds with a short "boof".

Perhaps the townspeople would be unsettled with the presence of a ghost dog like Ludwig, which could be why he's been out here alone this whole time.

Though, you'd definitely understand why someone would want to come here.

Because this view is stunning. 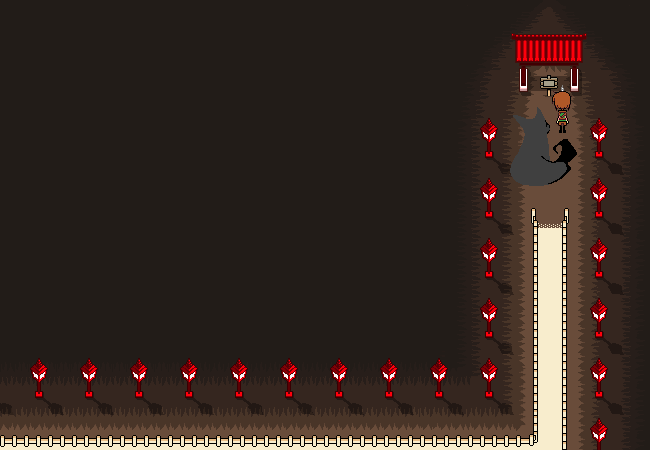 "Path to Prince Suvillan's tower.
Under reconstruction."
A small triangular caution sign rests painted under the text. Seems like there's no going further than this, then.

You guess Kotori's in the other path. 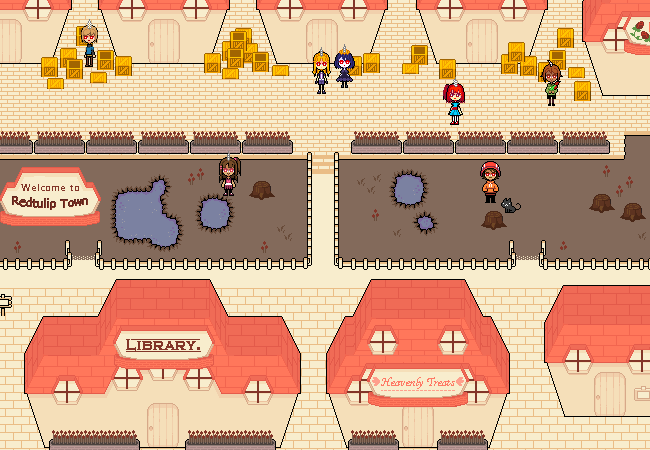 You can easily detect the location of the mirage you set on Nino, looks like he's a few ways down! Finding him won't be difficult.

Dang, we may need items like the lantern to light stuff or the note to find out who wrote it!

THIS IS GONNA BE SO MUCH FUN