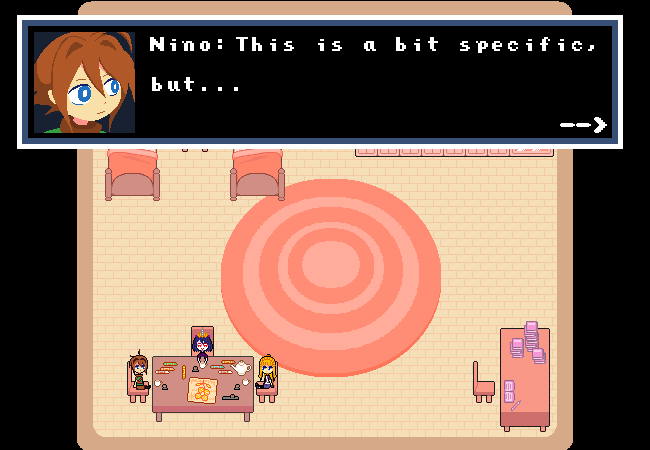 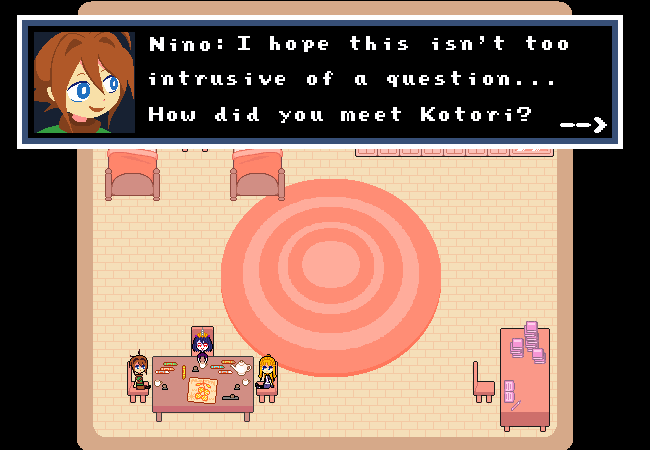 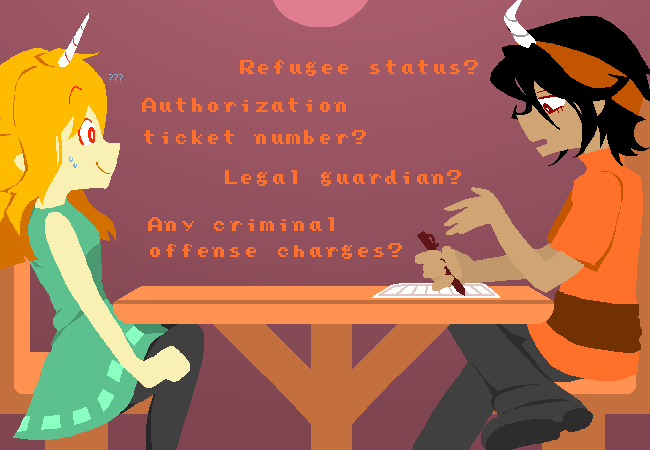 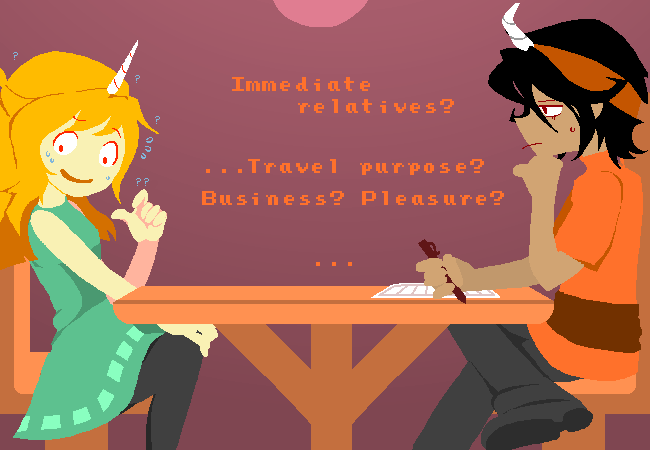 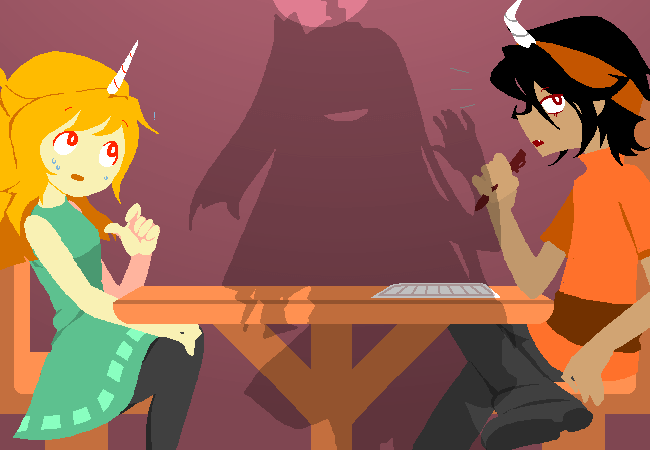 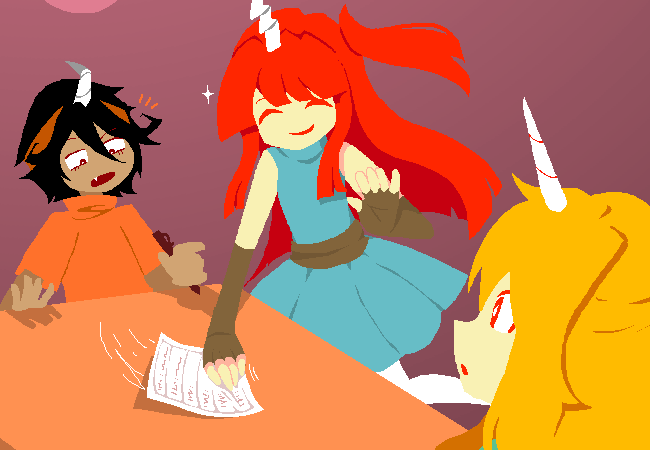 Nino: Ask why do you have this seemingly "magic" healing ability. 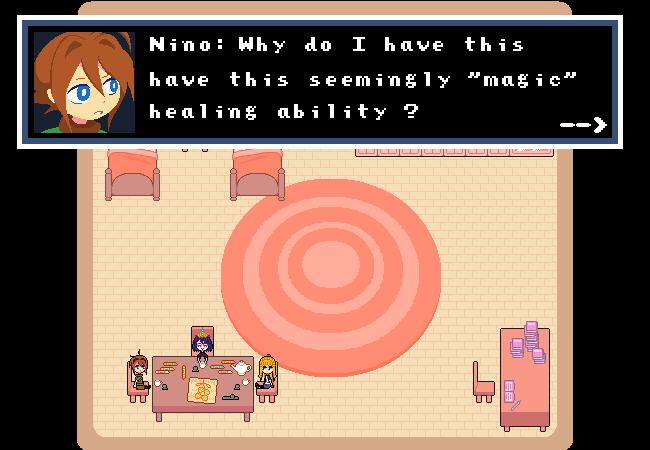 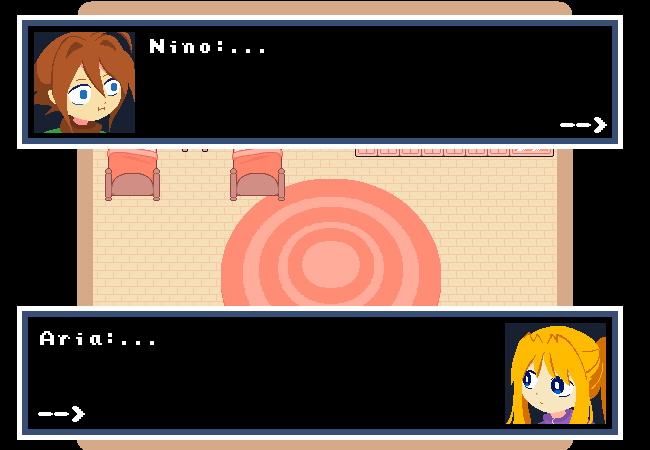 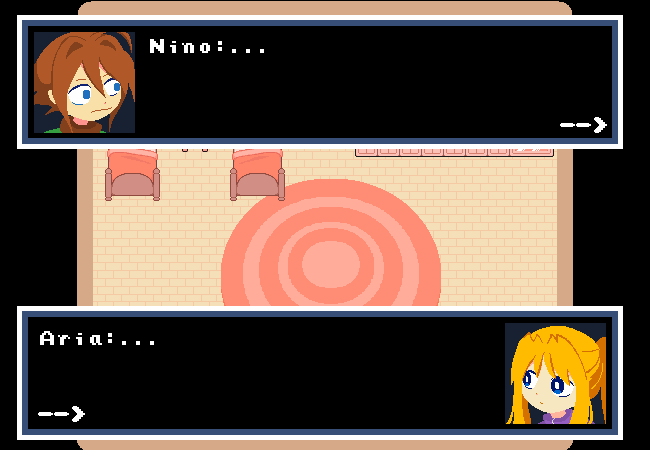 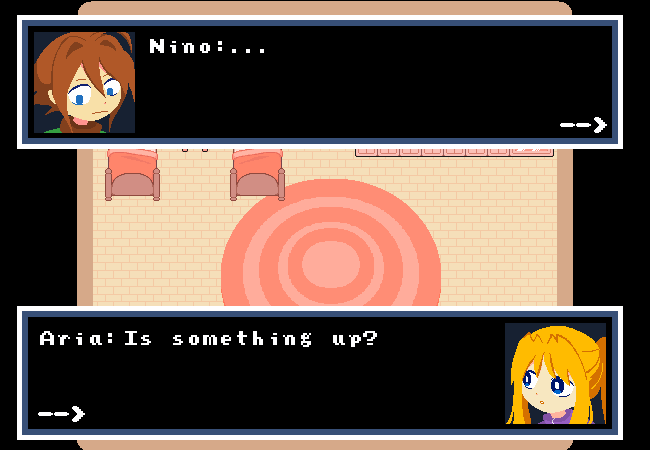 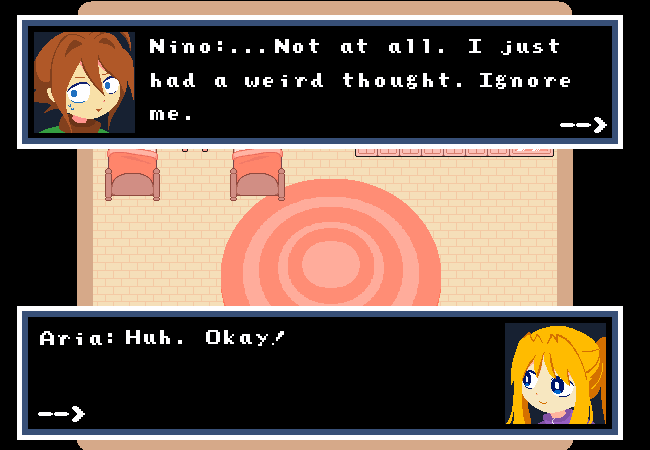 You think this is about time you stopped chatting. And also time to stop thinking of weird things.

You mean, why would you ever find someone who tried to kill you cute?

Yeah, no way. You freak.

As evidenced by the fact that Nino only takes Aria's word for it that legal stuff is torture Nino is very powerful considering he would have to do the same thing alone. Nino is worthy of our respect.

Only the OGs will remember when the last suggestion was "Nino: Discuss Ariass."