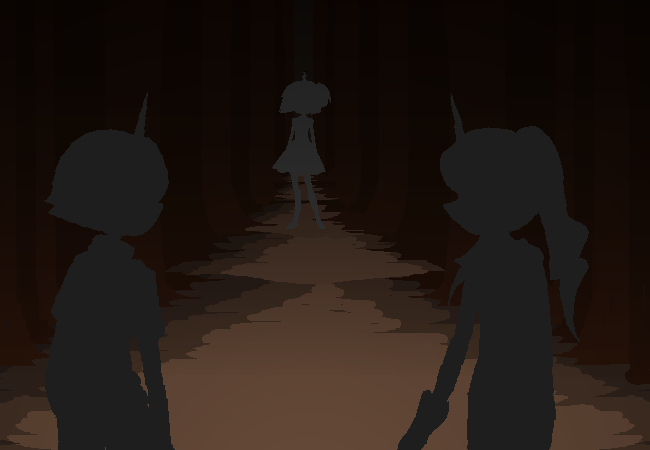 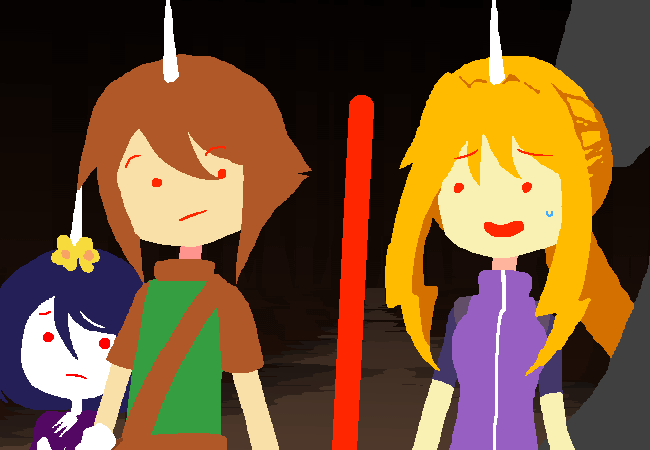 Everyone: Put your hands up 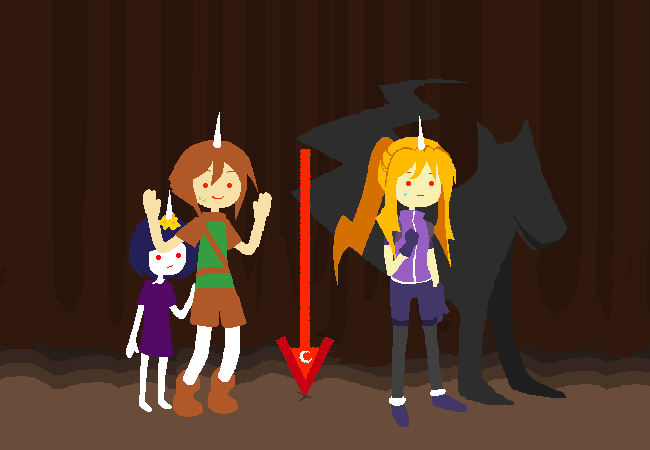 Quickly, yes! Look, nothing suspicious at all. Just a group of Monster Friends, doing Monster Things, no humans here, nope!

...Seems like you're the only one willing to do this stupid gesture here. Maybe you should stop.

Five clings to you for safety.

Nino: Grab the spear to ensure that your foe does not retrieve it.

Okay of course, sure why not. This is proabably a very good idea. 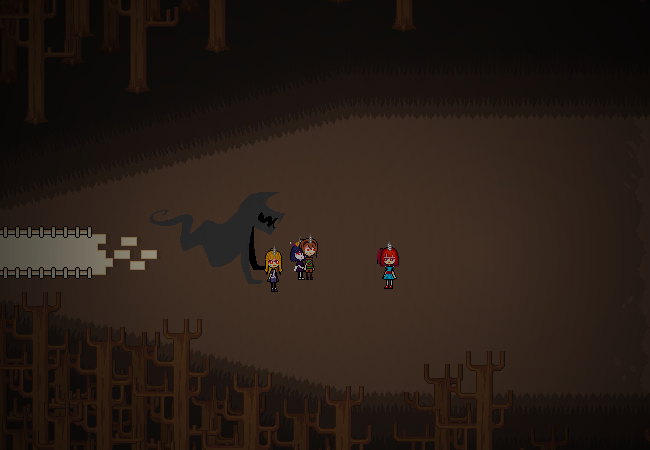 Unfortunately, Five is too scared to do anything but hide behind Nino for safety. Not that she would be able to do much to help in the first place.

This is gonna be one tricky situation.

Red Girl: Nobody breaks the law on your watch. Confiscate the criminal's stolen goods. They pay their fine or its off to jail. 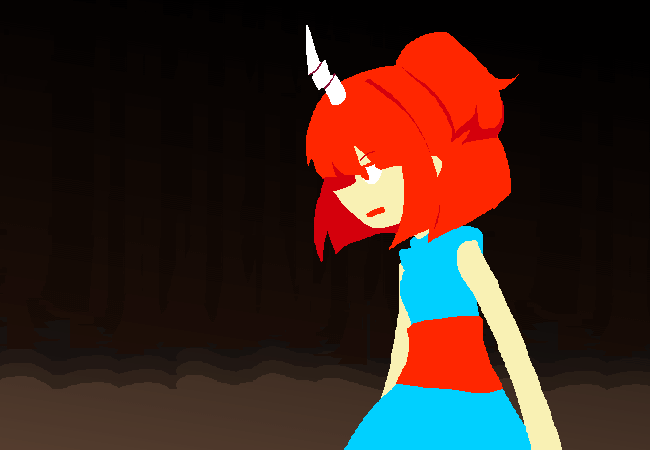 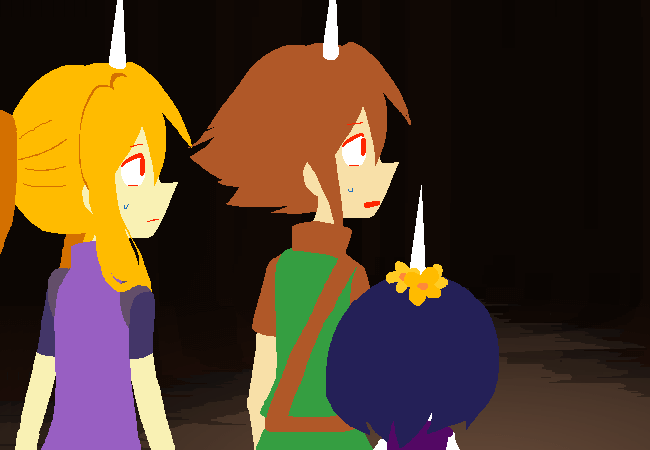 Oh ha ha, how did these get in there?
Haa. 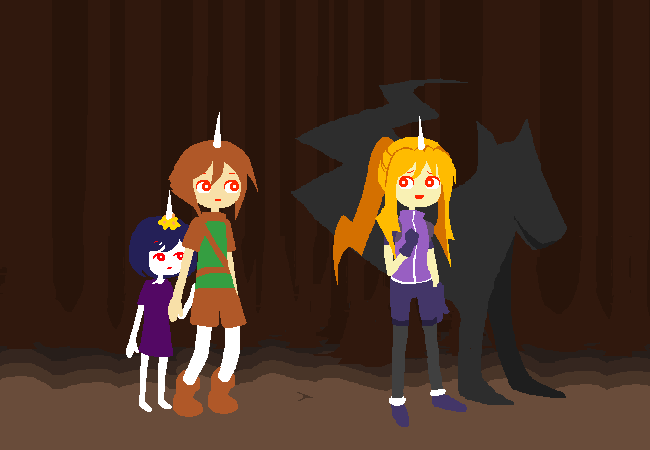 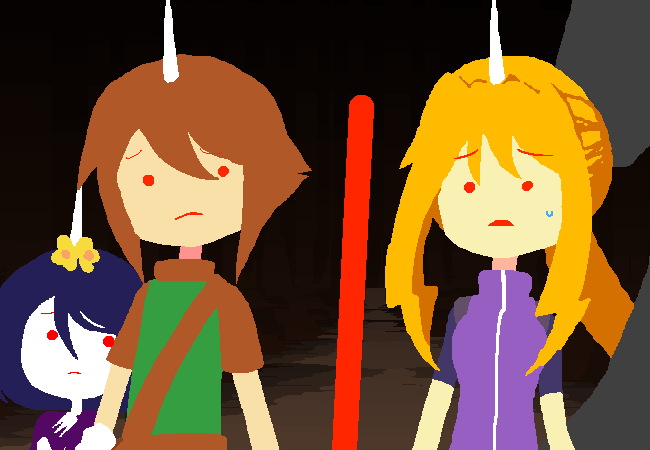 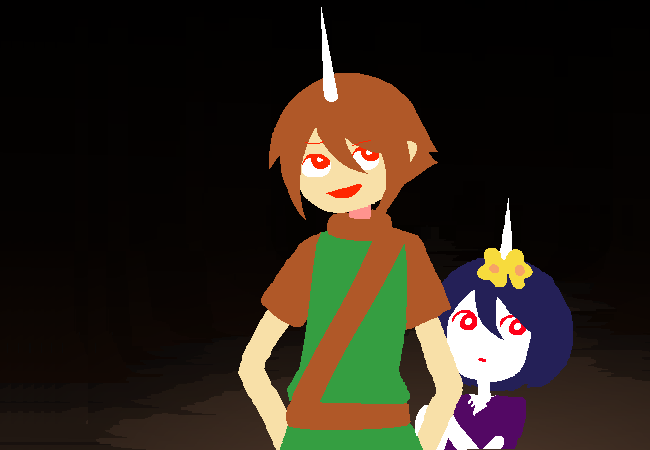 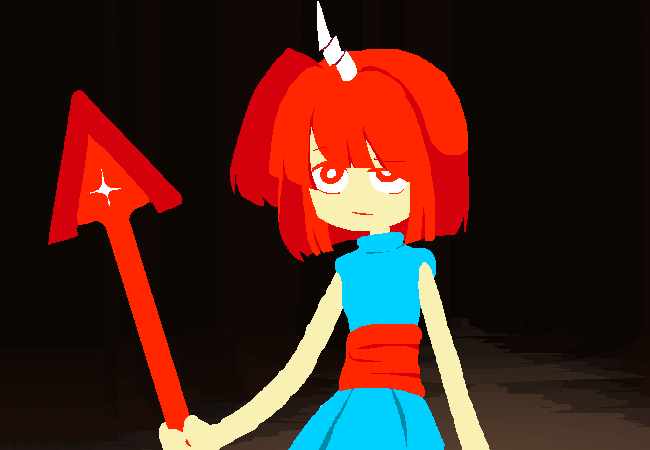 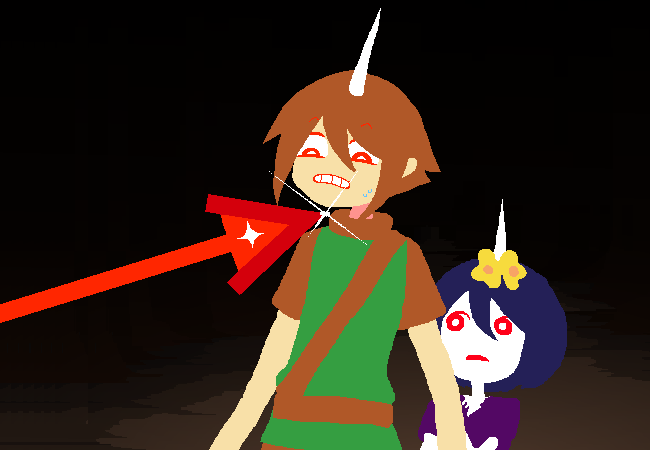 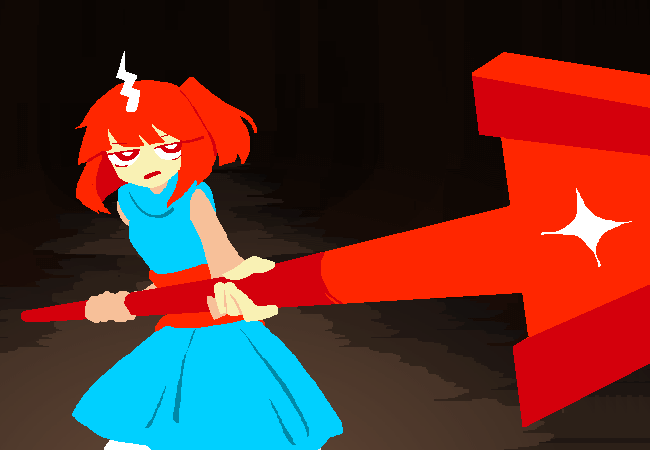 tl;dr: Aria's plan instantly falls apart. Nino tries to look unsuspicious, but fails and takes the spear. A prompter tries to get Five to do something, but she's too scared. Spear Girl continues her Oblivion dialogue, and decides to arrest them for stealing her spears. Nino and Aria think this means she has no weapons, but Spear Girl has one spear left. Nino tries to play it off as nonconsensual borrowing, but Spear Girl doesn't buy it, outright says she knows he's a human, and demands he surrender.