Nino: Reed has a point, but Reed is speaking as though his life doesn't have much value in the face of his quest. Remind him the opposite is much more true. 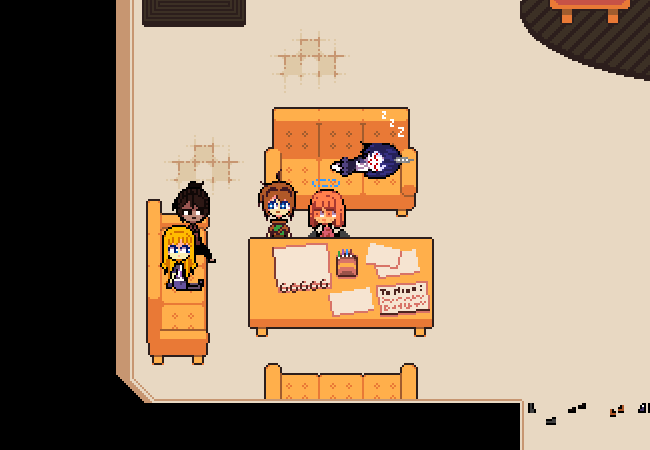 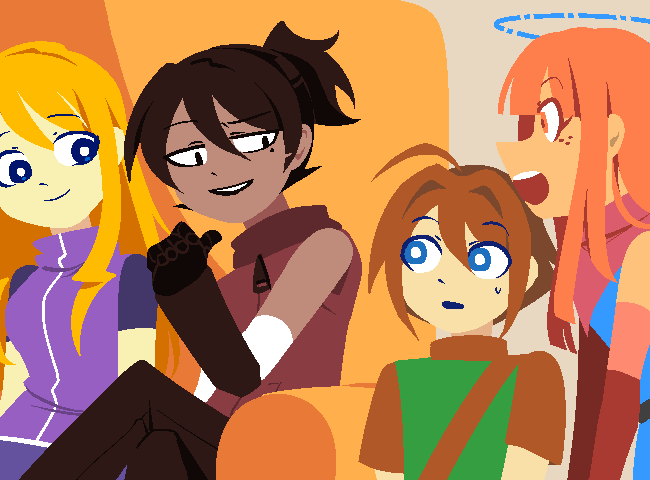 Nino: They look to you for directives. 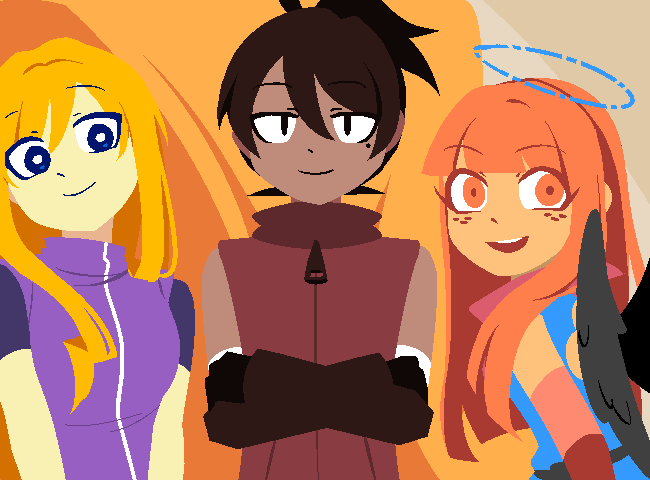 Just now, how unreliable did you seem?

It's to the point that they'd try to cheer you up this fervently, at least.

In your concern, you exposed a fearful part of yourself, a most unleaderly hesitation. Yet still, they look towards you with understanding, waiting not to precede your steps, but follow behind in support.

Come on, their gaze says. Risk doesn't mean one must never act.

Don't fear the danger - you have us to rely on.

Yes, it doesn't matter if Reed speaks as if he's a lone wolf. Maybe it's a bad habit, an unconscious inclination to drift towards self-isolating language, but his actions speak far louder than his words.

The reality is that you won't allow each other to face the coming risks alone. An unspoken agreement, for as long as you are in this together.

Nino: Act more like a leader. Five isn't the only one relying on you here. 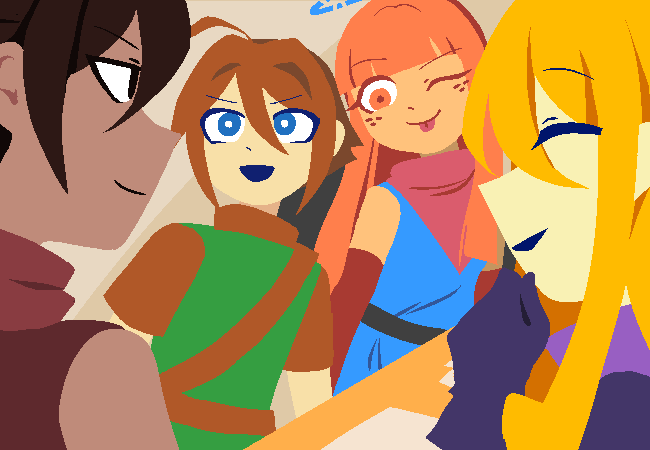 At what price does standing by Five's side come, to go against the very rules that dictate this world's conflicts? Surely you knew what it meant for a human to act that way, the moment you chose to save a monster in pain.

And is it a price you're truly ready to pay?

The only answer you'd want to show your companions is a resounding yes. 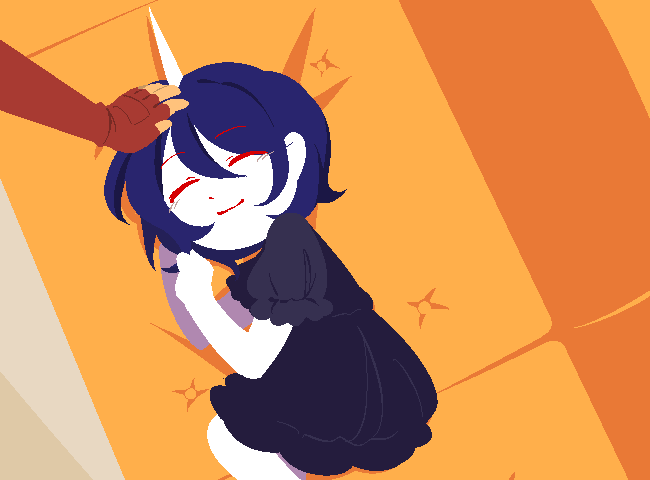 Nino: There's only four beds for five people. Continue to be the dependable(!) leader(?) you are and take the couch for the night! 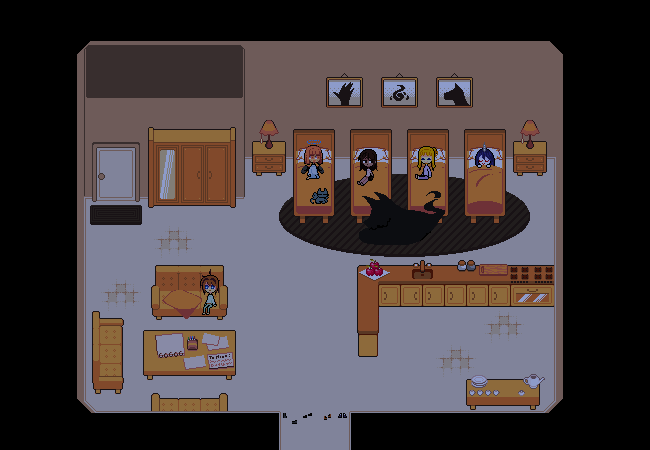 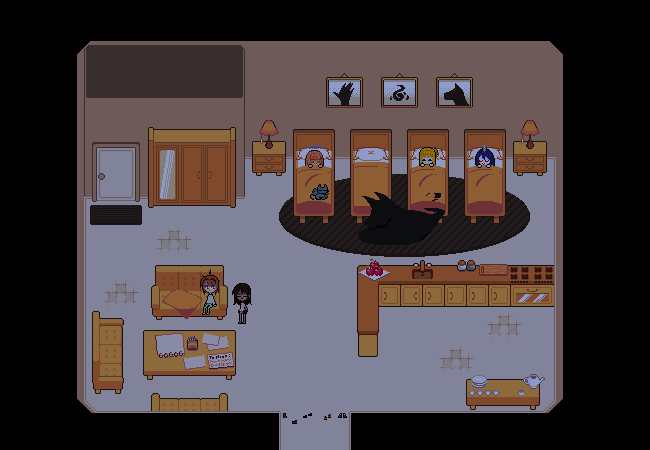 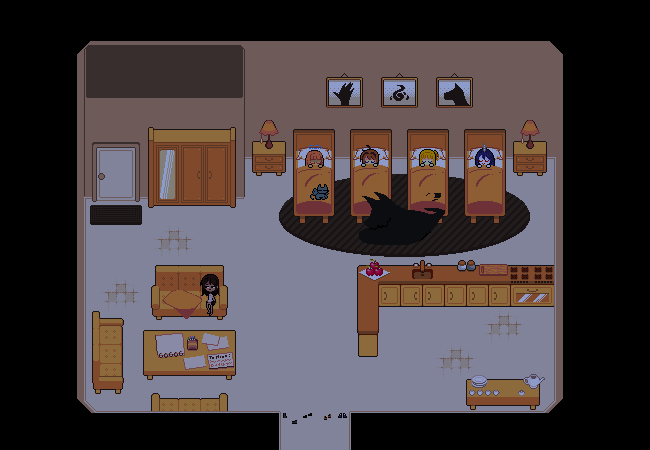 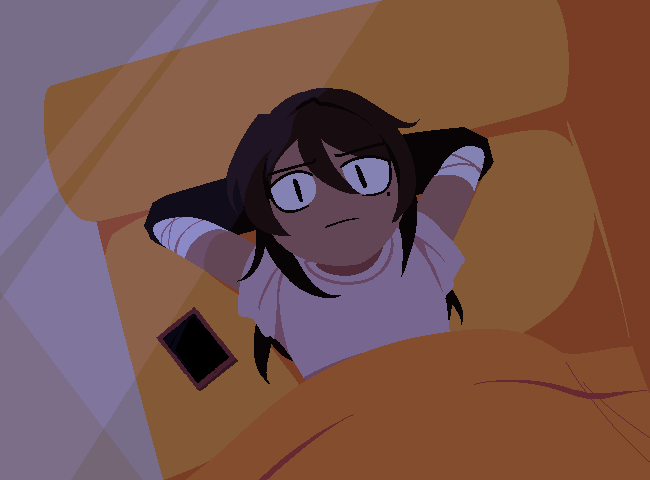 And then thirty more.

Yeah, uh. There's no way you're going to fall asleep so easily.
You've never been this uncomfortable before in your life.

Lucky Headquarters, getting to use the house freely all by herself.
You miss your bedroom so much right now.

Not that you don't have trouble sleeping there either. Insomnia is an ongoing problem for you. You just cope with having no real rhythm of sleep in your life, really.

But at least, in home you wouldn't be forced to stick around random strangers like this.
Random, weird, and funny strangers, who are sometimes too nice for their own good, and really need to mind their own business.

No matter, though. You'll part ways in no time.

And... wait. You hear loud snoring.

Reed: Are those three asleep already? 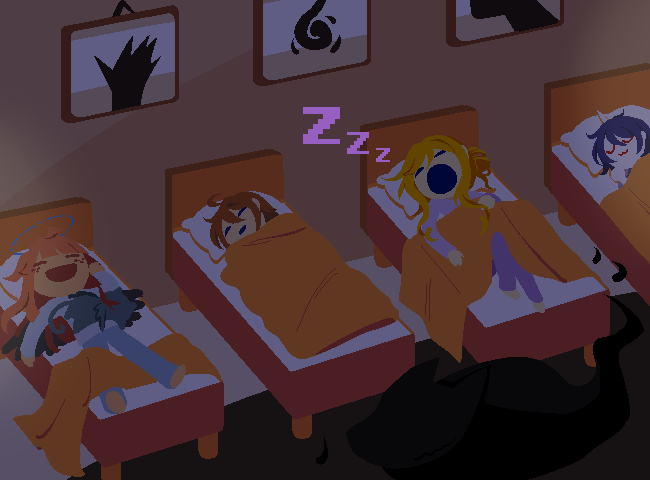 Yes they are. Wow. What the hell.
Is that coming from Aria? Wow. Apparently, even pretty girls can snore.

Seriously, seriously though, are you the odd one for feeling uncomfortable?
No, they're the weirdos for being so uncaring like that.

Besides, what kind of superpower is this, to lay one's head upon a pillow and instantly drift off to sweet dreams, as if it were by a flick of a switch?
It's like they don't even have to think about night terrors, the lot of 'em.

Then again, to be fair, they've had a day classified as "long and tiring" by their standards. It's no more of a workout to you than the usual, though. In fact, it's somehow less of a typical busy day, judging by your daily activities! There was no dinner to cook, no clothes to wash, and no cleaning to do.

Oh, but that means she had none of those things back home.

One who is tightly bound to physical reality, as if trapped, is unable to drift to the land of dreams. 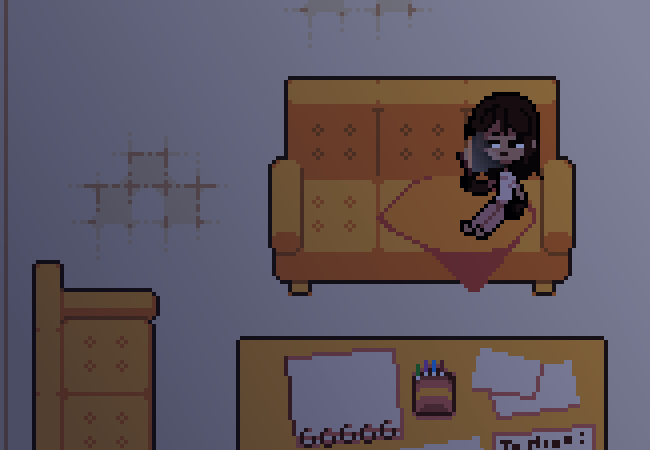 You need to get back as soon as possible, and take care of... wait.

Oh, god. Are you feeling homesick? Ack, that's stupid.
You're just recalling your duty of taking care of everything there. Yeah.

That's what older siblings are supposed to do, after all.

But a free mind drifts anywhere, whether towards dreams, or the edges of reality. 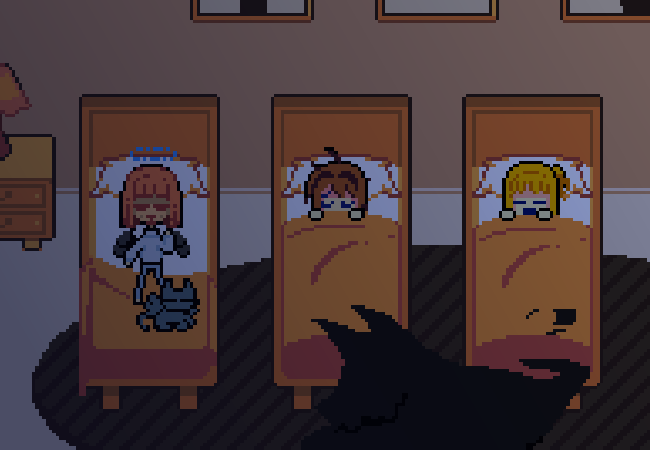 Nino: Are you dreaming? 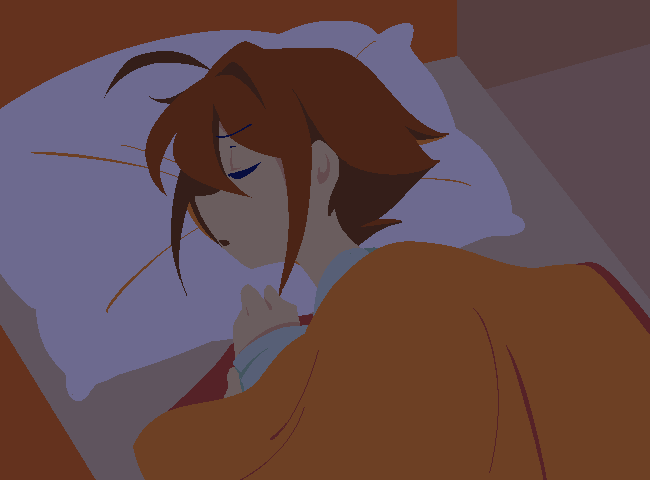 So it seems.
Nino: What are you dreaming about?

"Besides, what kind of superpower is this, to lay one's head upon a pillow and instantly drift off to sweet dreams, as if it were by a flick of a switch?"

relatable on a spiritual level

Reed is scared of cooties