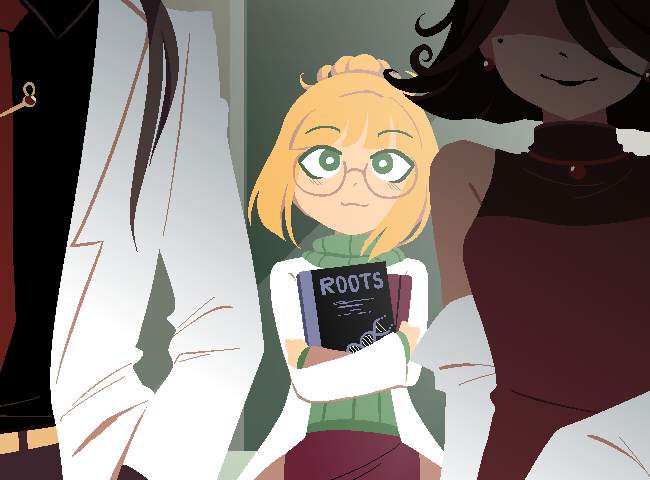 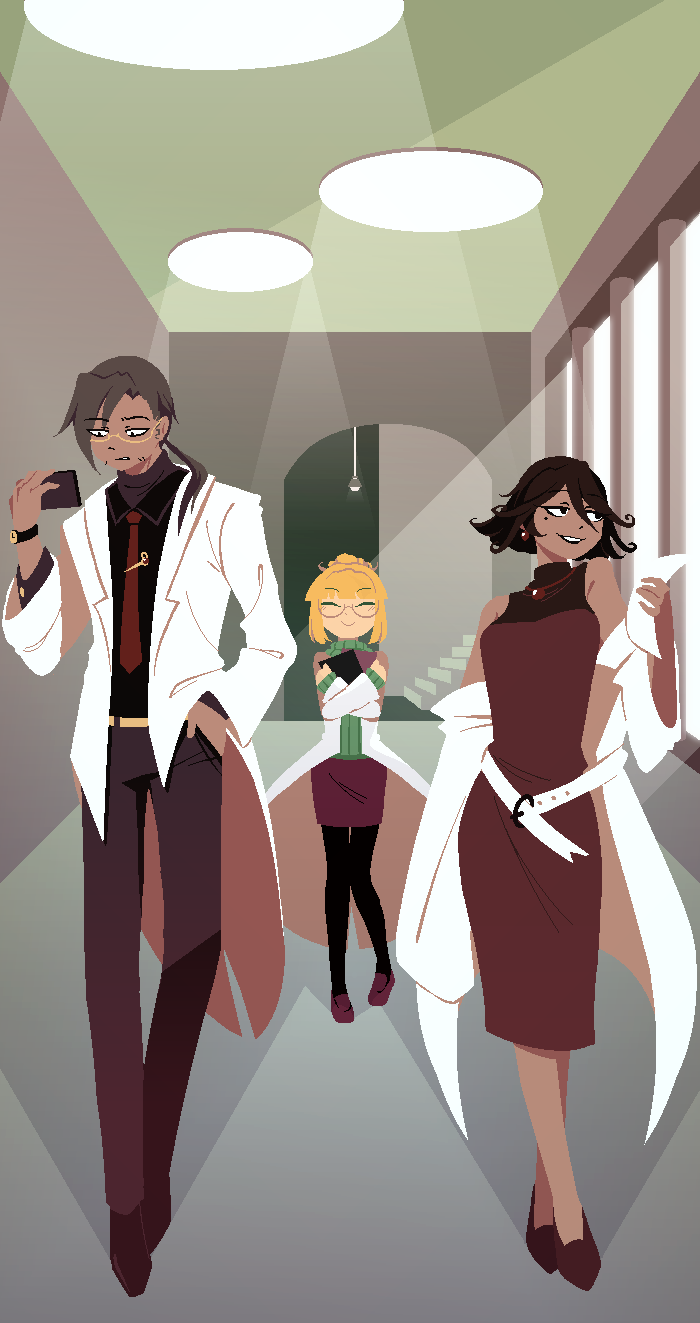 Reed: Ask about any other units at the lab. Perhaps she wasn't the only one. 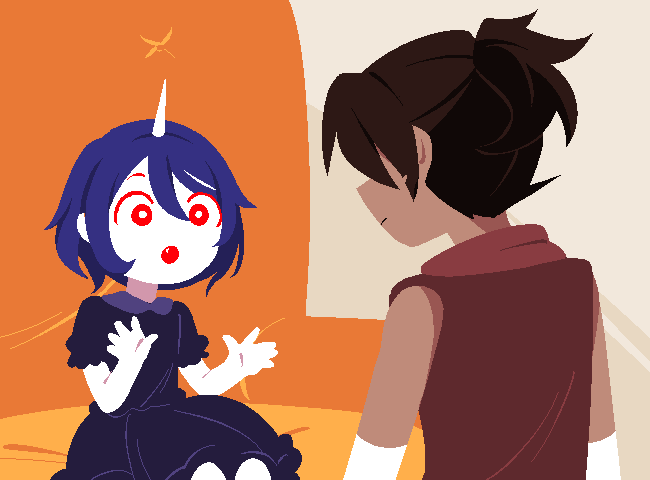 Suddenly, for some mysterious reason, you all feel like toddlers compared to this guy.
Seriously. Who is this person in front of you.

Five: Describe the Professor and how he acted. 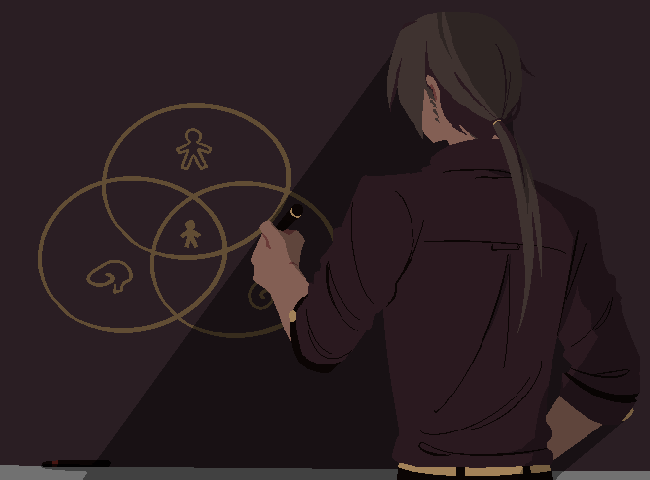 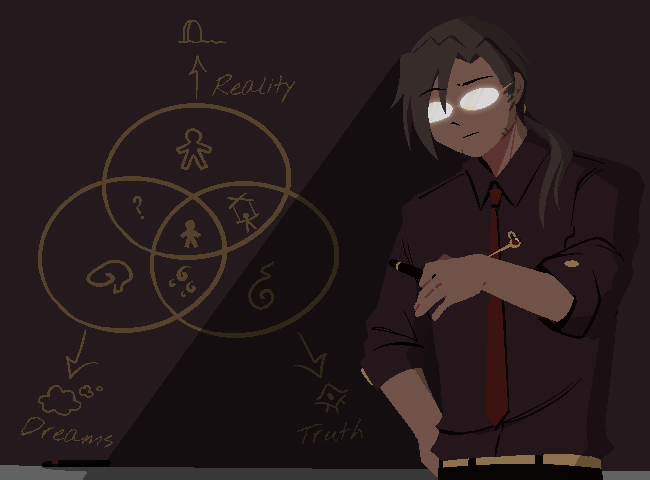 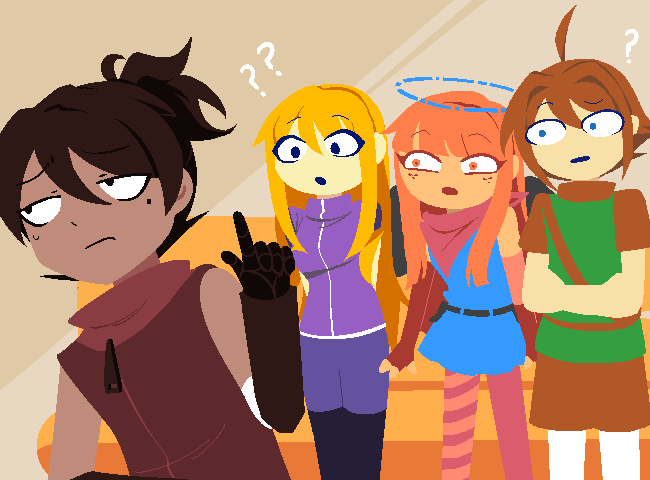 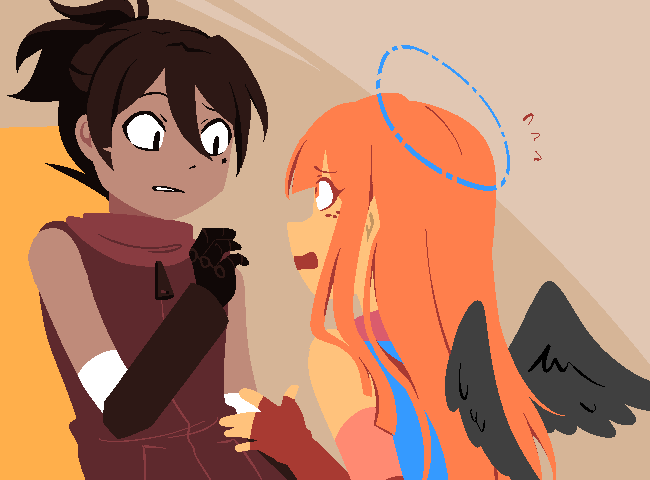 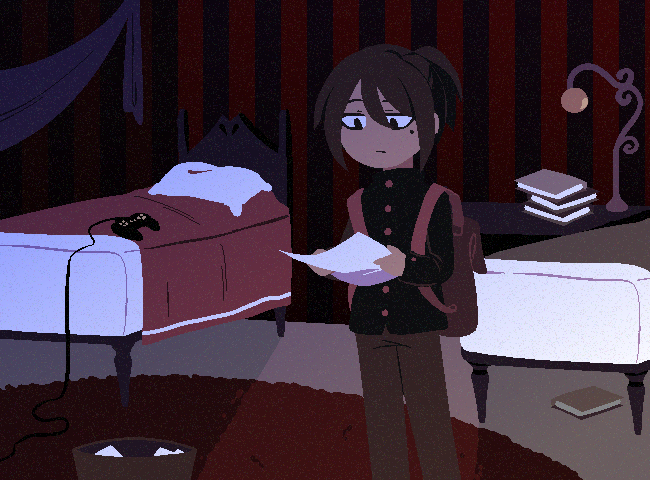 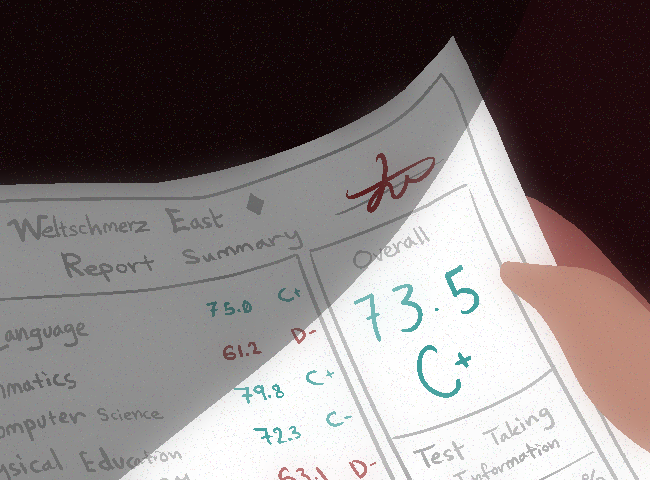 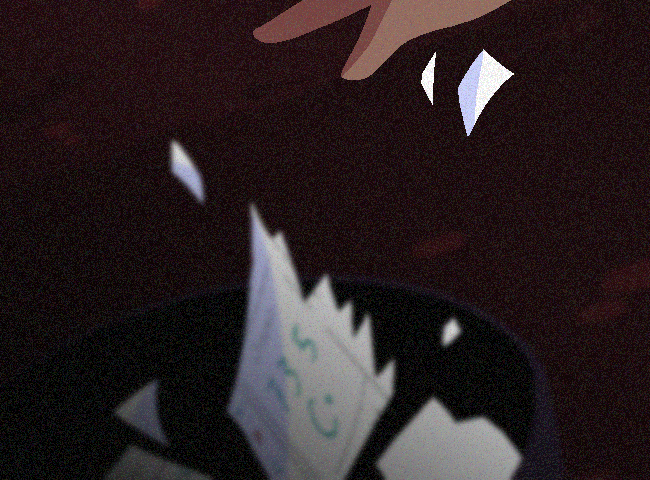 The Lumen family is one blessed by the light of all knowledge. 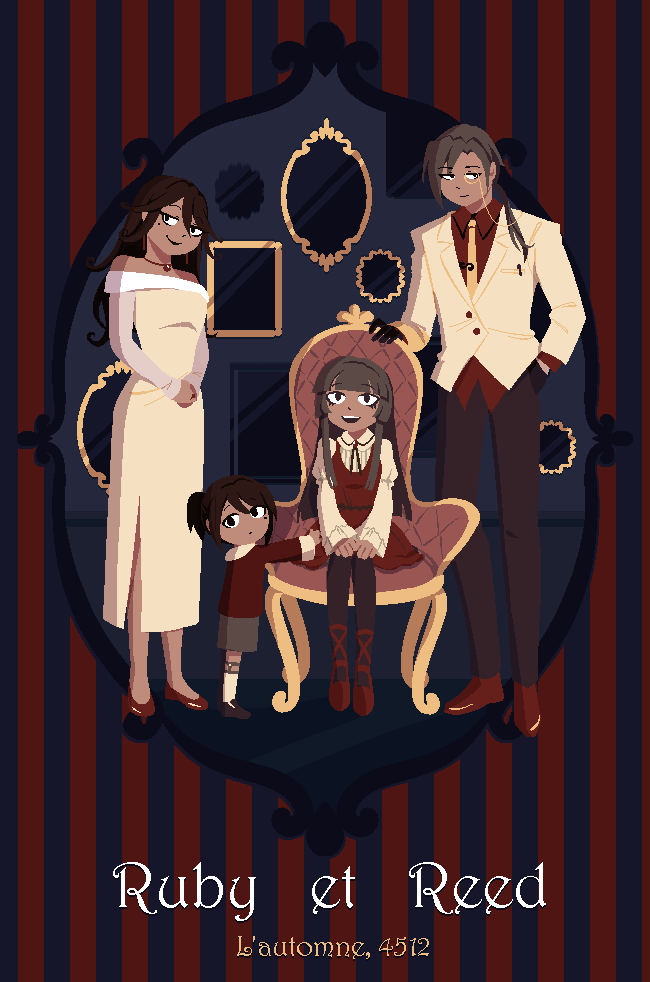 To be a Lumen is to exceed all standards. 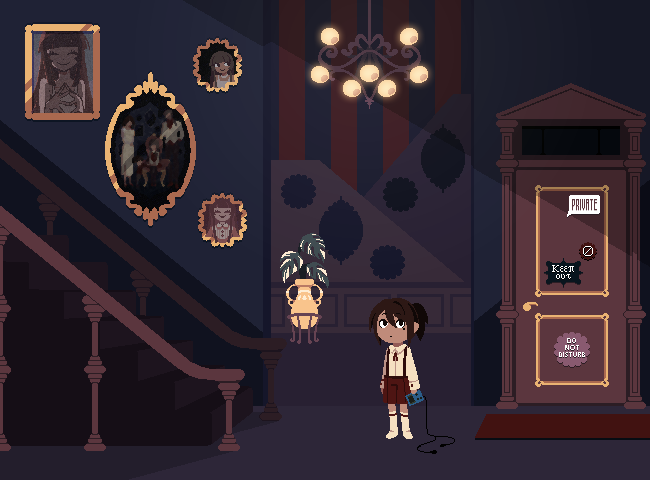 Alas, this reality fears us, who embody the unknown.

In here, truth must fear scrutiny. 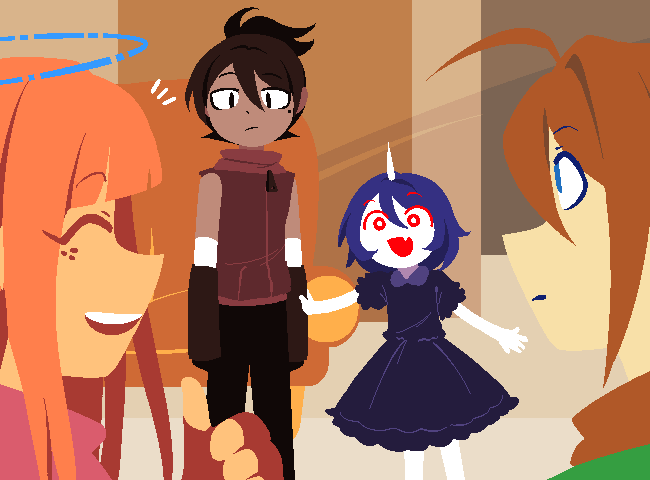 It is said that recalling friends and family keeps one grounded in reality. 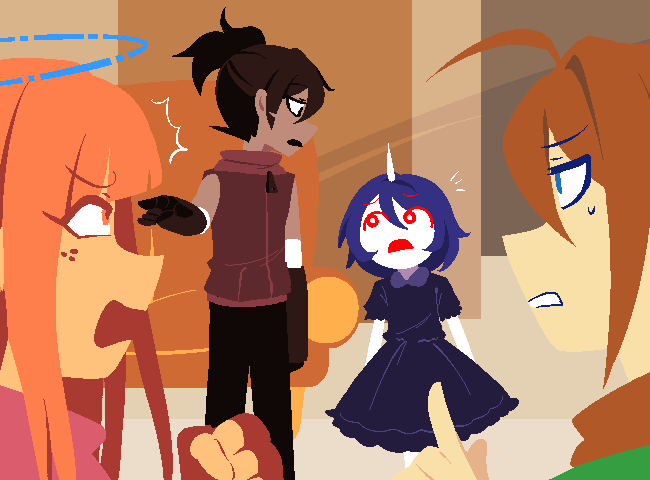 It was a good sign that such things did not stir anything in me anymore. 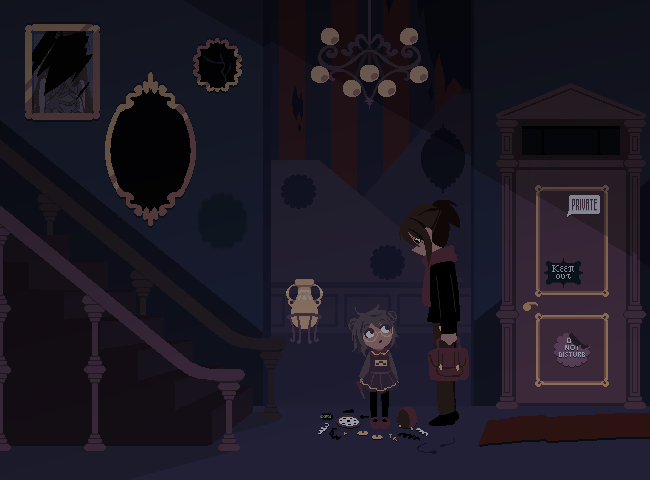 Oh, jeez. This is so unfair.
You mean, seriously, who could say no to that?

Not someone who grew up with a neglected young sibling, that's for sure.

To me, these relations represent useless shackles. 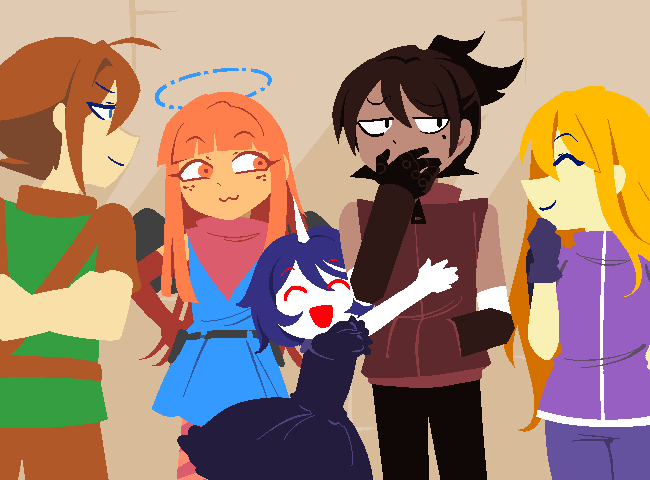 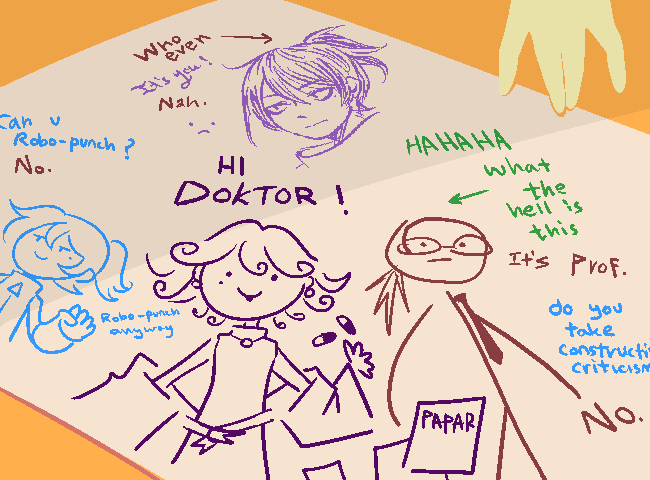 I've taken much too long of your time. 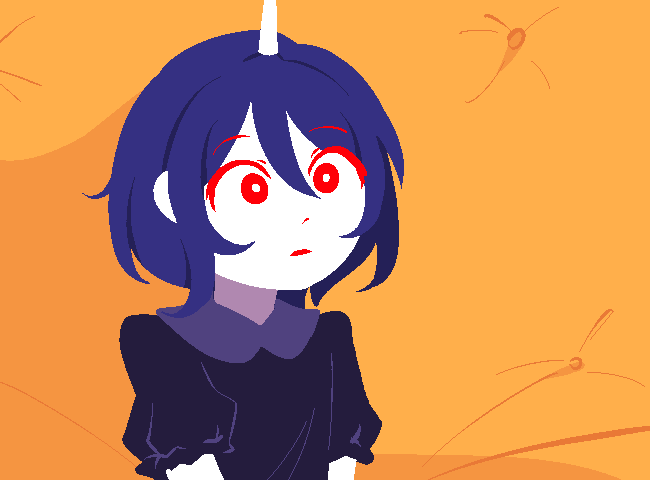 Your world of papercraft and text... 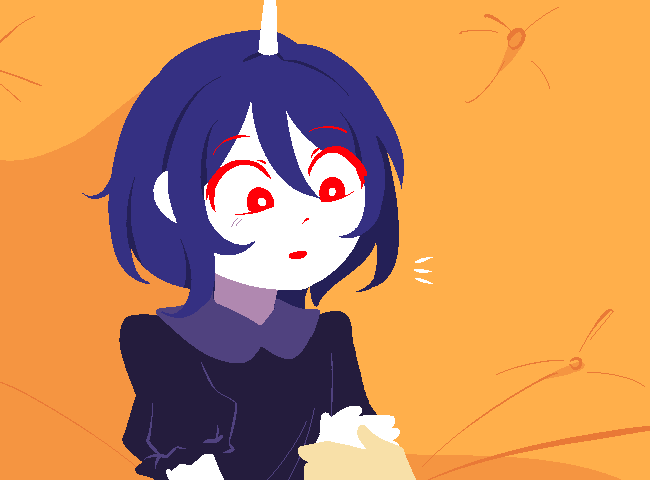 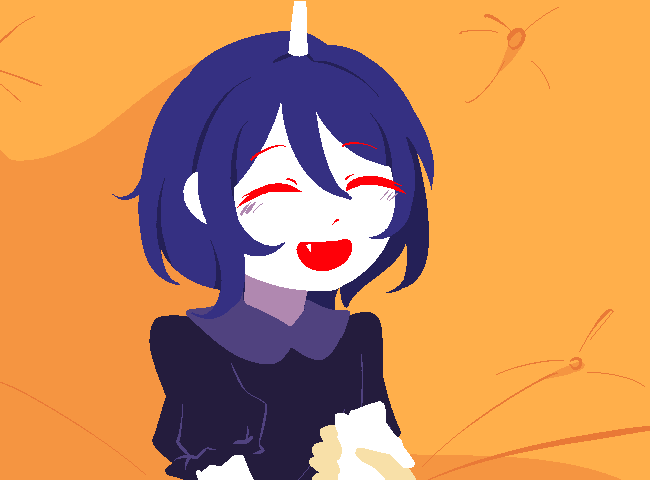 This was kind of an experimental update, with lots of attempts to go beyond my comfort zone, both in art and writing. I hope it's an enjoyable read! I believe there's more content than the usual, so I hope it's not a slog to read through.

I'll be taking a hiatus preparing for my finals at University, and also to work on the next update bit by bit!

Finally, something about this update. The bit of conversation where Nino and Meimona talk about knowing the professor prior comes from the {S} Icicle Bay Getaway walkaround. There is a location in the library where the mentioned biography can be found by the pair. There is also an NPC right next to the book's location who tells them some speculations about Professor Zachery's unknown whereabouts.

Here's a timestamped link for all the above info: https://youtu.be/3hLIdx8BLsw?t=3479

Its freaking amazing, thank you so much for making such a cool comic!

Been keeping up with this webcomic for awhile and I gotta say I am always impressed by these updates when they drop, the great art and well written character dynamics have kept me hooked. It feels like there's a lot to unpack from this update and the implications of what's been revealed have me eagerly awaiting whatever will happen next.

The page styling is also always a nice touch and wait what's that in the page footer oh no.

Thinking of an only half joking vote for "Reed said not to walk on eggshells around him so ask him why he thinks his parents aren't dead" but I'm not sure what character I'd give that to. Nino, maybe?

cB557: Comment “ Nino: Reed said not to walk on eggshells around him so ask him why he thinks his parents aren't dead “.

love the interactions, the fancy style and the little silly doodles!! great update :>

Straightforward inferences: Reed has at least two sisters, one older (Ruby, panel 12) and one younger (probably 'Eidolon', panel 17). I'd guess that Ruby was favored by her parents at the expense of her less-academically-successful siblings, and Reed ended up looking after Eidolon on his own after their parents' disappearance. Zachery and Anise might have just been distant parents, as some of the above captions and Reed's comment on his sister being neglected suggest.

More speculative: Sis mentioned that she and Five both lacked abilities (don't remember where), and one of Zachery's rejected research proposals (from a book in the library) suggests an attempt to alter the body in order to grant abilities. Might have to do with why Five was cast out, since she rejected the transformation? The research proposal would seem to suggest it involved tearing holes in the body, and Five said the transformation "really, really hurt" in the 4/17 comic.

Another book in the library stated that the last monster prince had an ability that tied the lifespans of other people to his own, and that important human figures died around the end of the last war, around the time Zachery disappeared according to the reporter.

Way out there: Eidolon has an outfit like Madotsuki's in panel 17. If we associate one Lumen child with each part of Zachery's diagram in panel 6 (dreams, truth, reality), she might be "dreams"?

The quote at the end of the page states "I repaired every organ and put every hair back in its place, but she is still dead." We haven't seen Ruby anywhere else in the comic. If she died at some point and her parents tried and failed to bring her back, her death might be the reason they distanced themselves from their other children. If they did research into bringing back the dead, could they be involved with the humans who had the ability to come back from the dead, the ones the monsters' ritual was designed for? Was Nino a test subject?

I'm missing some steps in this chain of speculations, but I need to get some sleep now.

For Five and Sis’s ability troubles.

Timestamp for library in the description.

Reed’s likely truth, he’s the one who’s withstanding scrutiny by Nino and Meimona. Thus, Ruby is reality, judging by the grave of her death. Reality is likely how things are, as in natural due to the grave of death. Truth is what they are, as in supernatural, judging by the soul and the eyes, soul for abilities and eyes associated with the specters. And dreams of course would function as the science, due to eidolon. (A dead) Body for reality, soul for truth, and mind for dreams. Considering the question mark for reality and dreams, along with the blacked out portrayals of Ruby, Eidolon could’ve been too young to remember her older sister. The meanings for truth and dreams could potentially be switched, and the being hijacking the text boxes could represent dreams due to their detachment towards reality.

The combination of Kaji’s Guidance, Mei deciding to rejoin him, latent memories of Five and Aria, along with Nino and Five’s promise, a possibility of getting some of his old memories back, and hearing and seeing about his Pre-Decimate self, pushed Nino to being more in line with his Pre-Decimate self, probably not fully. What’s up with the hijacking’s of the command box? Maybe it’s Ruby?

I know there's lore and characterization going on here but the 4th to last panel is just making me think:
"DOKTOR.. How did you?? Get an Aircraft???" "Hahoho credit card deb-" "Of course"

Those last three panels are the cutest in the entire comic. Five best girl. But anyways

Five: Describe Five's arrival and very first day at the lab. Everything Five can possibly remember.

Five: But then, Five met Sis and Friends!

Five: That's when Five knew the lab was Five's home.

Five: Get lost in thought.

Nino: Softly get the little lady back on track.

Five: Accidentally reveal a bit too much.

Five: And then Five woke up on the final day.

Nino: Reed had a good point. Make it clear she doesn't have to talk about her last day if she's not comfortable.

Group: What conclusions can you all draw from Five's descriptions?

Five: Learn how to properly use pronouns.

Everyone: That's probably enough investigation for one day. You all can afford to leave some mysteries for tomorrow. Get some rest, for real this time.

Aria: Wait a minute, if headquarters is Reed's home, and the person from HQ is supposedly "related to" Professor Zachary, does that mean that Reed and the one at HQ are family?

Nino: Well, well, well, Kaji was right. It seems you've found something to value closely. Or perhaps, someone.