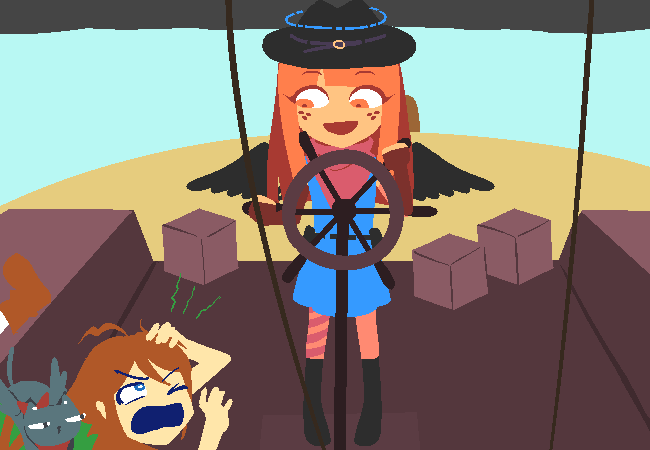 This ship is surprisingly small.

Maybe it doesn't even deserve to be called a ship! Perhaps it's just a dinky fancied up boat for fast deliveries, but you haven't really seen any other ships to make an apt comparison.

You can't see the island's port anymore. Somehow, you've travelled a respectable distance in such a short time, and despite how nauseating it was, at least it means you're safe now...

Probably...? You should make sure of that.

Mei's still holding the wheel. You guess she must know something about sailing ships, after all. For once, it's a topic you have absolutely no knowledge in, so it's all up to her.

The first important thing here is this anchor.
It either wasn't dropped in the first place, or Mei raised it beforehand.

Unbeknownst to you, its the former.
An uncaring sailor is currently being harshly reprimanded by the captain of the sea patrol for forgetting to drop this very anchor.

Now you get to explore this ship(?) with Boyfriend!

Nino: Look around some more 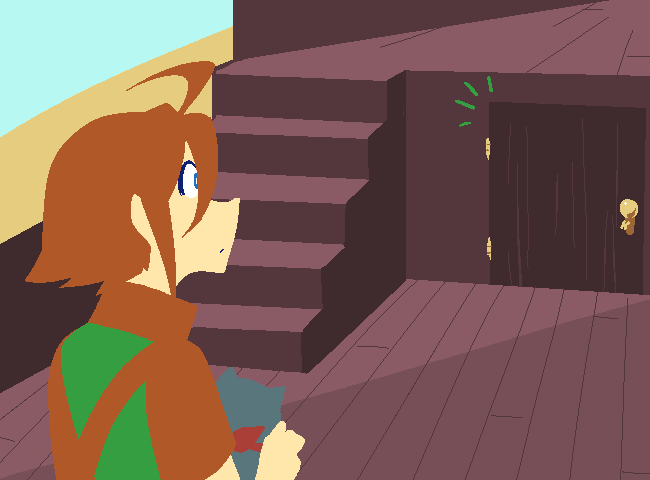 And right here is your second landmark after the anchor.
Behold: a door.

What could be hiding behind it? 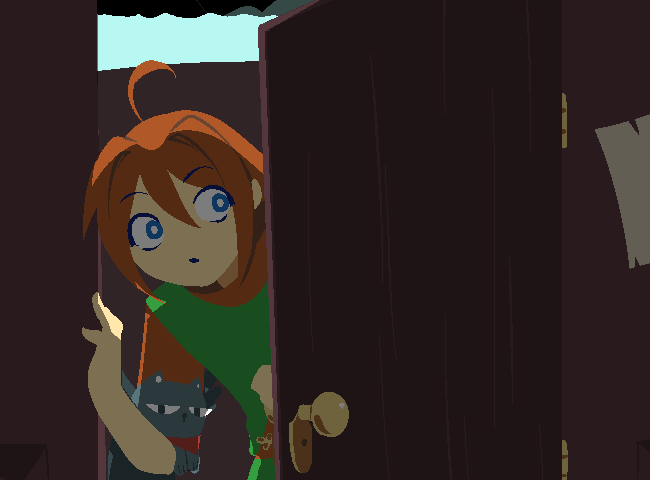 You slowly open the door and peer into a totally dark room.
Is there storage here, or perhaps... 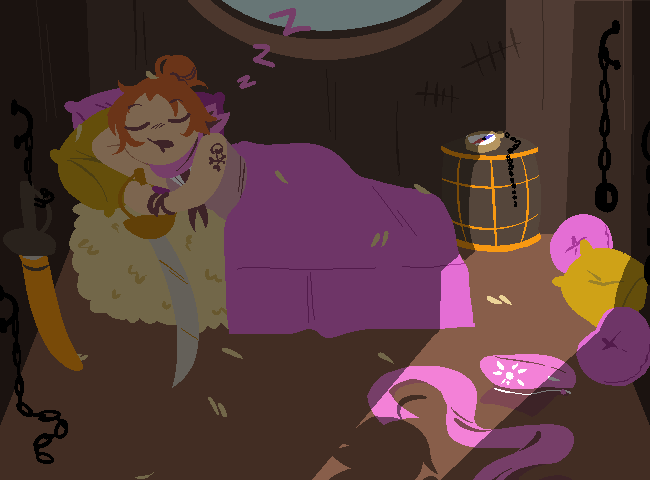 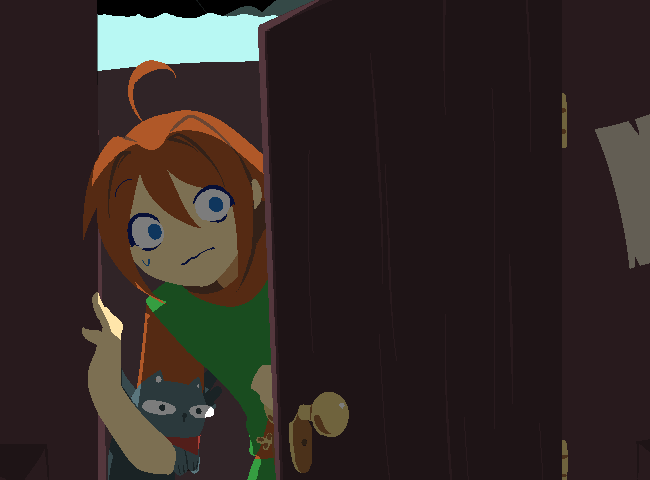 Some lady who seems to be...

This ship's captain, judging by the hat on the floor.

The captain who is, for some reason, fully armed while asleep, and apparently has somehow slept through the entire commotion Mei caused earlier.

Who in the world sleeps while clutching a cutlass like it's a teddy bear...?
Your gut, along with every other part of your body, says you absolutely can't afford dealing with THIS kind of dangerous person. 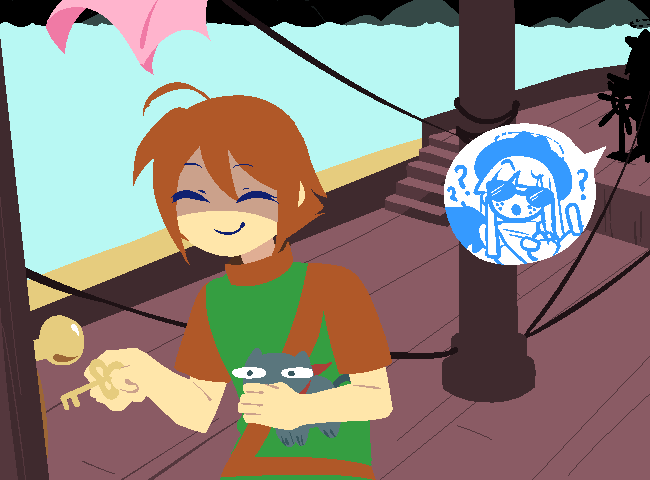 Fortunately, this door's key was left in the keyhole.

Quietly, the door is locked, and the feline witness is silenced. Nobody shall know of your sly tactics.

Nino: Is the ship still moving? Where is it going? 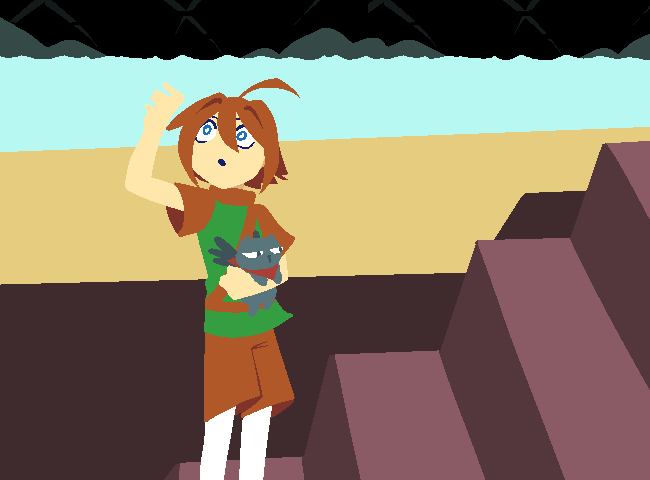 It sure is, and at decent speed too!

You don't know much about sailing ships. From what you guess, the sails they've got are dependent on favorable wind direction. And now that you stop to check the wind, seems like it's blowing strongly in the exact direction you needed to sail away from the ports. You guess that's where you're going at the present.

Is this perfect setup just pure luck, as if the wind itself answered to Meimona?

If that's the case, then she's... an extremely valuable asset.

Wait, no. That's not a good way to describe a living being!!!! Thinking of people in that way is kind of dehumanizing. Or, erm, whatever the winged equivalent word for 'dehumanizing' is.

The Winged really should learn from humans and invent a word like that. 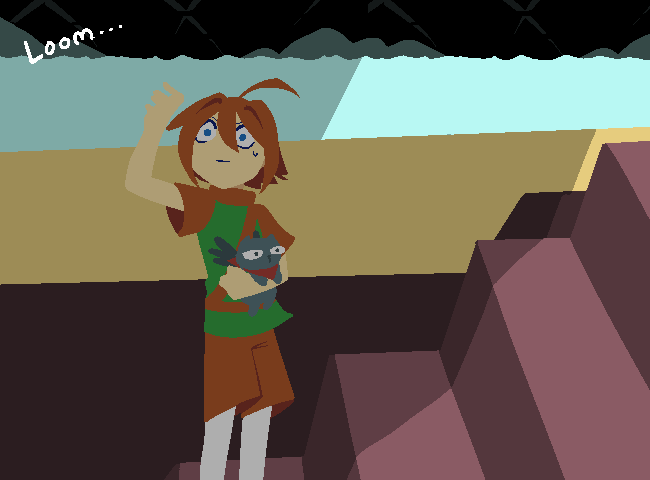 Ever since you agreed to cooperate, she hasn't tried to leave you behind or anything, so that's good and hey where did the sky go.

An incredibly massive shadow blots out 80% of your surrounding cool view.

Suddenly, you're convinced the thing you're on is no ship, not even a boat.
You must be on a baby sail, made by babies and for babies, 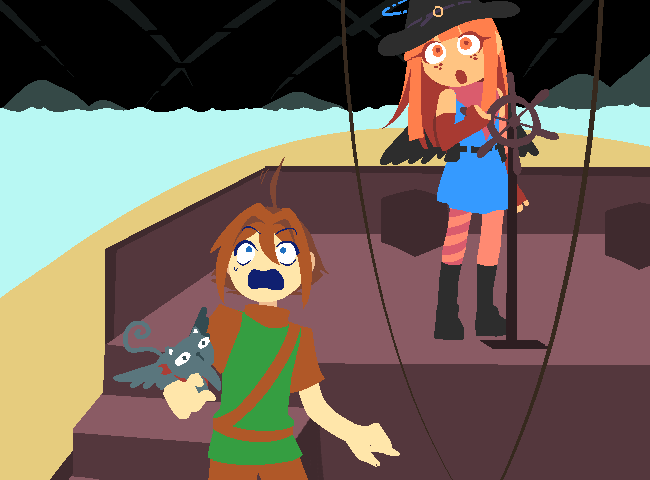 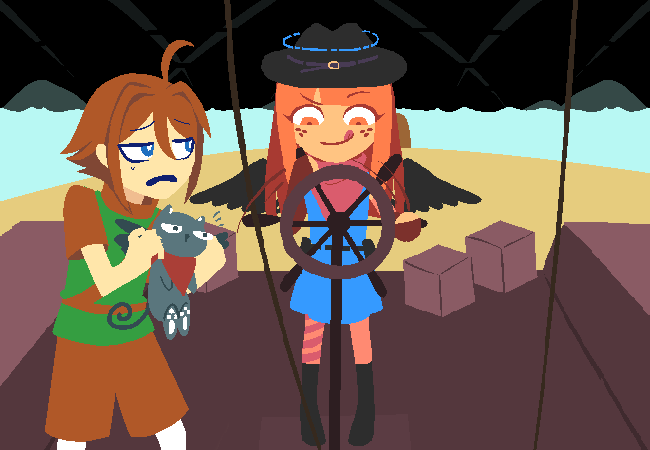 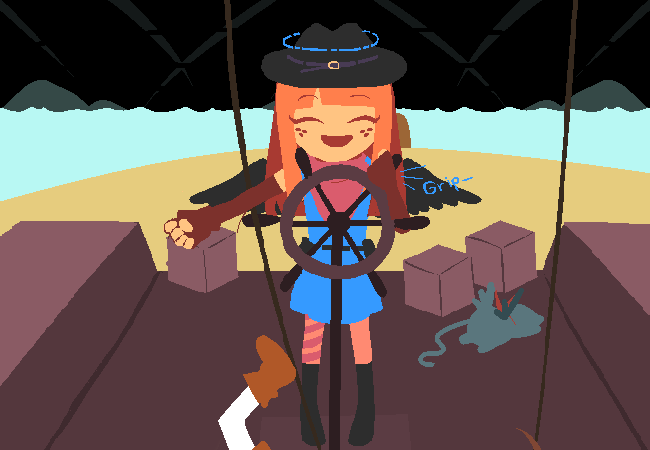 Nino: Get up and check destination 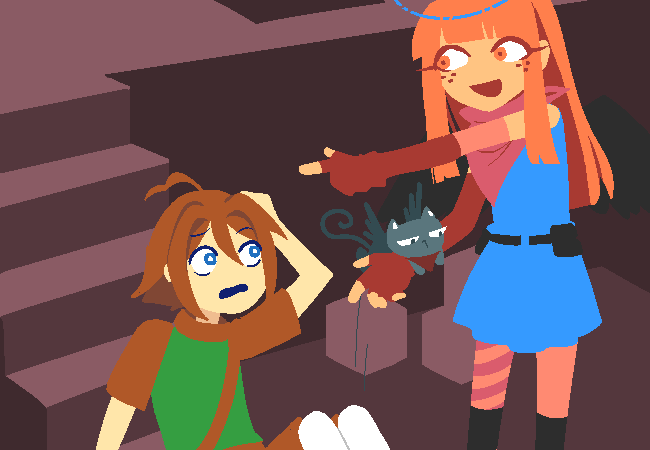 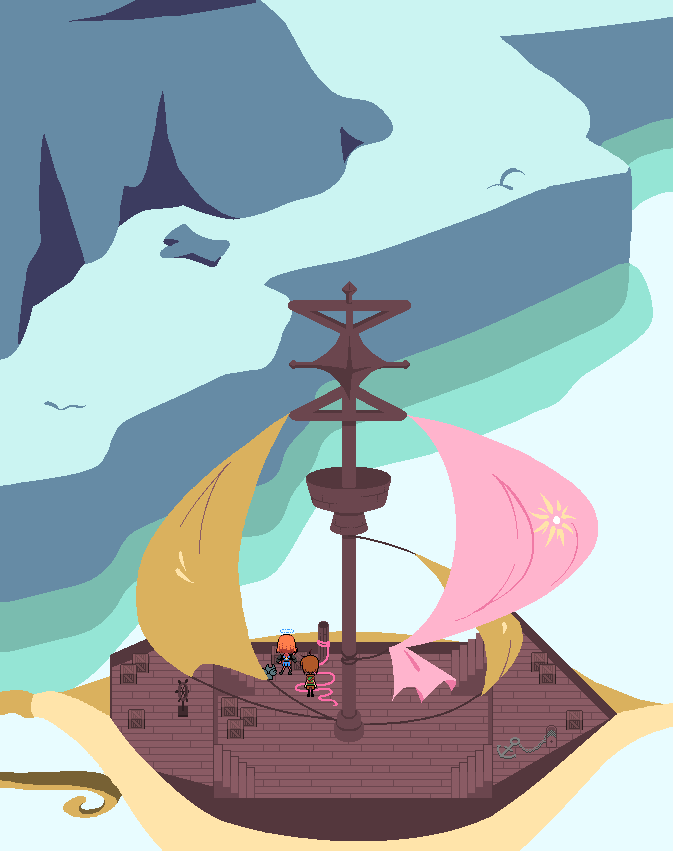 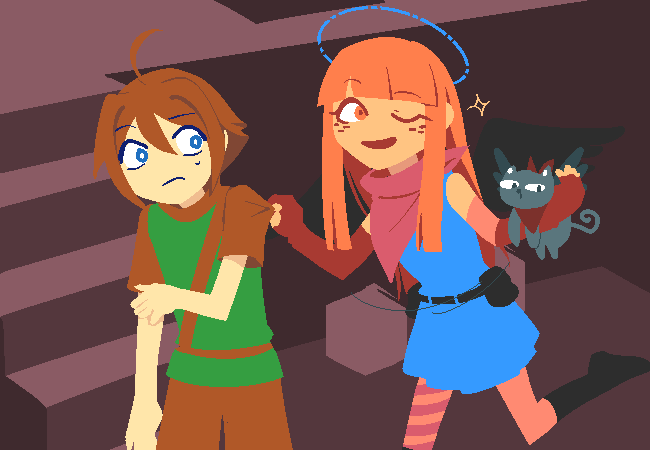 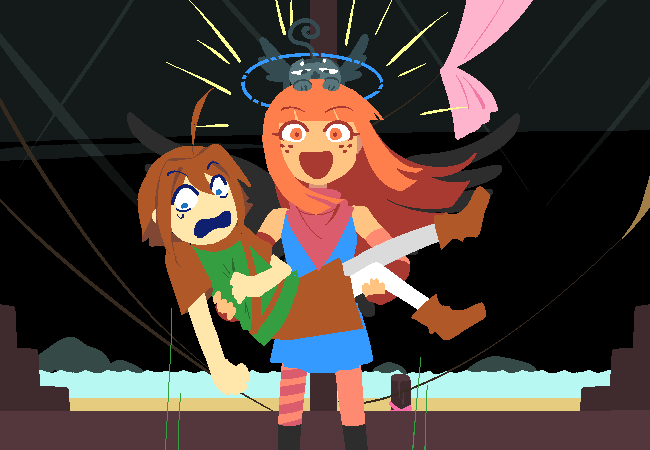 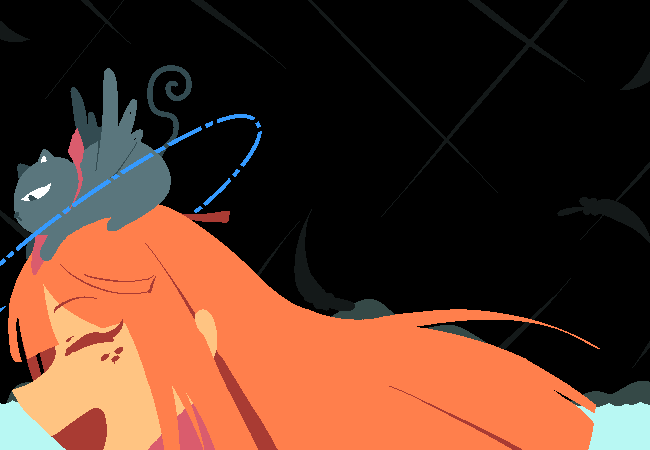 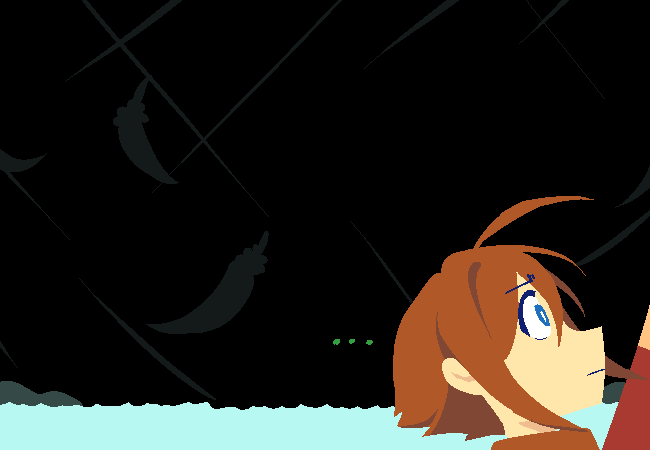 She's strong and she's got wings. She can probably get ya'll there.
With any luck the captain will be blamed... despite being locked away and sleeping.

"With any luck"
That sure would be lucky

Nino:try to formulate a way to defeat her in case she eventually turns on you.