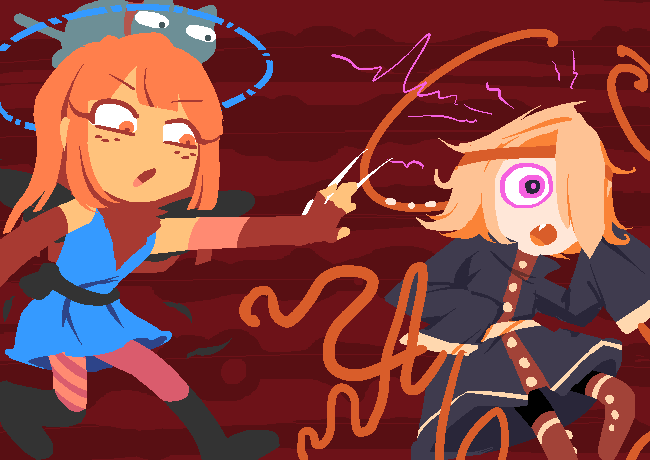 With a POWERFUL SHOVE ATTACK (USING ONLY A LITTLE MORE THAN THE SUFFICIENT FORCE (BY COMPLETE ACCIDENT) FOR THE JOB), you interrupt the flow of Warty's TRANCE, breaking its effect on Nino.

Warty lets out a A̳̼͙̰̥̞A̤̖̪̦̲A̰̱A̩͚̦͚̜ͅAA̬A͖̝̼͜A͇̣̗̮͖A͙͕͘A̰ͅA̯͔̝͝A̸̰͇Ą̠̱̝̮̜A͈͕̠̬̣͠ͅA͉̫̼̕ in response.

See, with you around, there's no need for Boyfriend to dirty his paws.

Mei: You have wings, use them to flee the scene. Nino tried turning you in anyway. 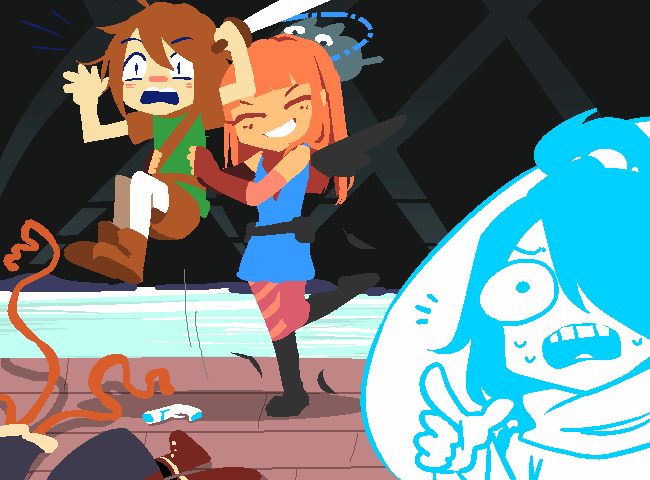 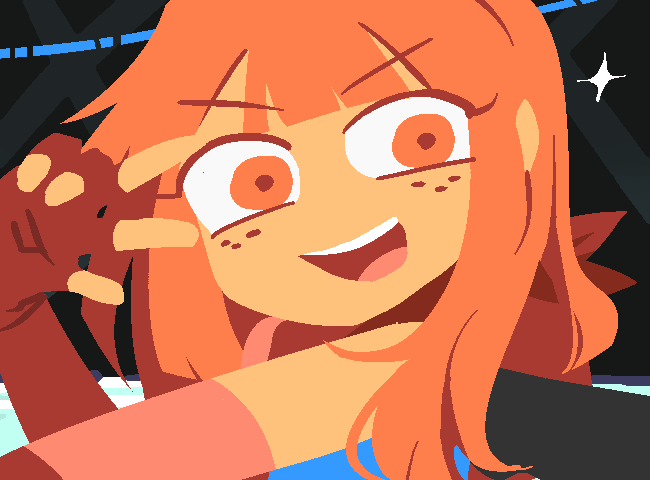 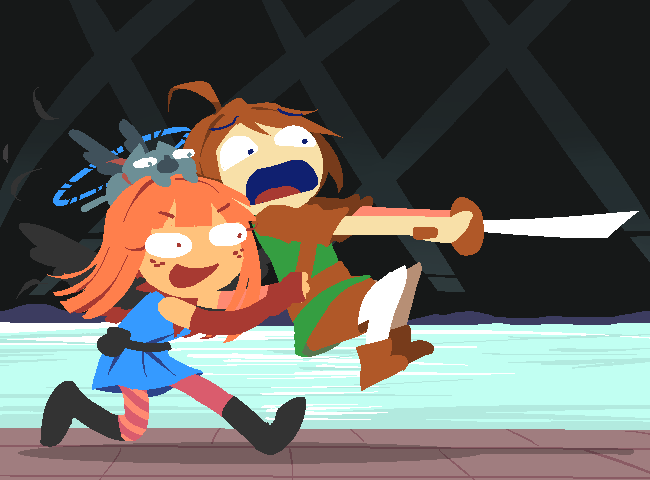 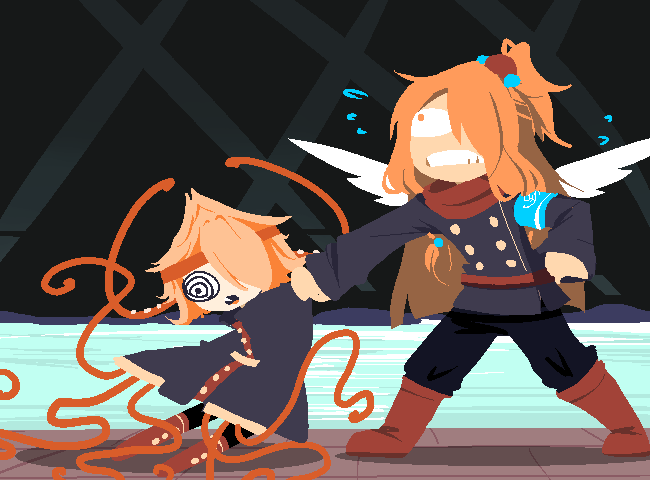 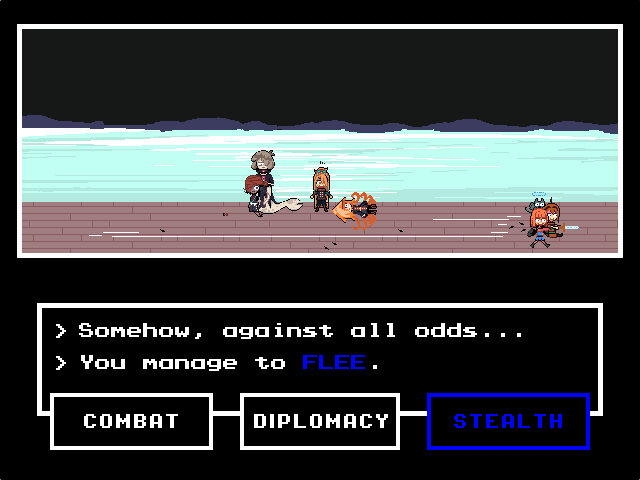 In bewitching inexplicable ways of cheating mathematics and improbabilities, you and Meimona somehow, SOMEHOW, make it out safely.

And into Icicle Bay you go.

You don't understand a single thing about how she accomplished this.

This is probably my favorite page of the comic so far. The banter is really funny.