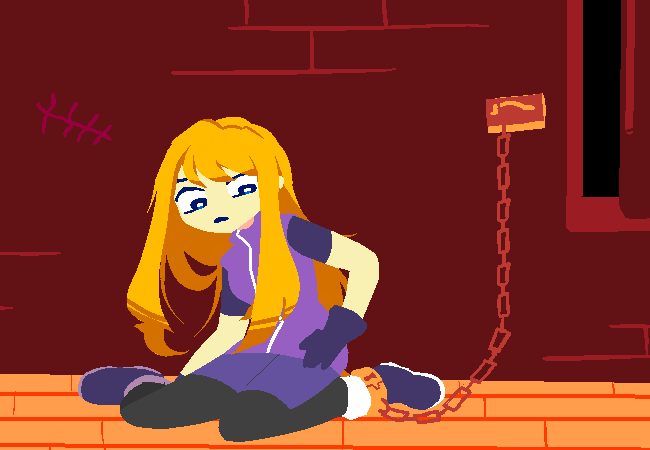 You have a feeling there's more meaning than just "Try escaping!" in this thought. Maybe a reference of some sort, perhaps it is one that you're not well-versed enough in certain literature to catch.

Regardless! This is a terrible predicament but you can't let that put you down. You have to get out of here somehow, before it's too late.

Aria: Examine the floorboards. Are any of them able to be broken? 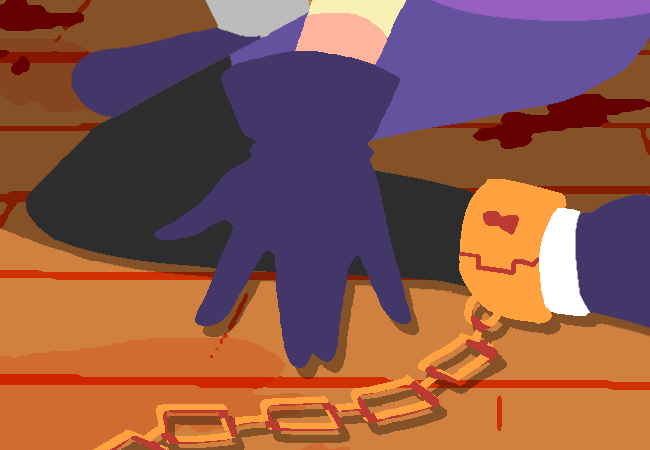 It doesn't seem so.

You'd need some kind of tool to lodge anything out, and sadly your inventory seems to have been thoroughly emptied of everything.

Speaking of the floorboards, have you mentioned that they're fucking disgusting? Areas of it are soaked with what you're pretty sure is dried bits of un-scrubbed blood. You find the fact that you were laying down on the bare floor earlier extremely unsettling.

You have no doubt that someone, or more than ONE SOMEONE has died in this very cell, and you'd bet their ghosts are haunting the dirty floorboards.

A shower is in order if you do make it out of here safely.

Aria: Search room thoroughly for pumpkin. Find the pumpkin behind the wall from our perspective, but very obvious from your perspective. 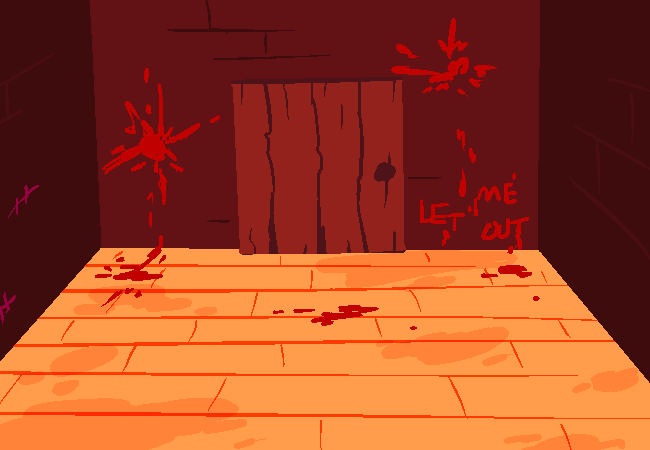 There is not a single reason for pumpkins to exist in this realm. Maybe in ANOTHER STORY, sure.

Now if there even was a pumpkin here, you would think thrice about touching it, much less eating it! It'll probably be HAUNTED or DISEASED or something!

The wall from your perspective looks uninteresting, besides a very ominous message that is ominously forged out of dry blood. You would rather not think much about that, yeah...

There is also a door which you suspect is locked.

Besides those, this cell really is bare! You wonder what's up with that.

Aria: Try and open the door.

Going for the most obvious course of action, you attempt... 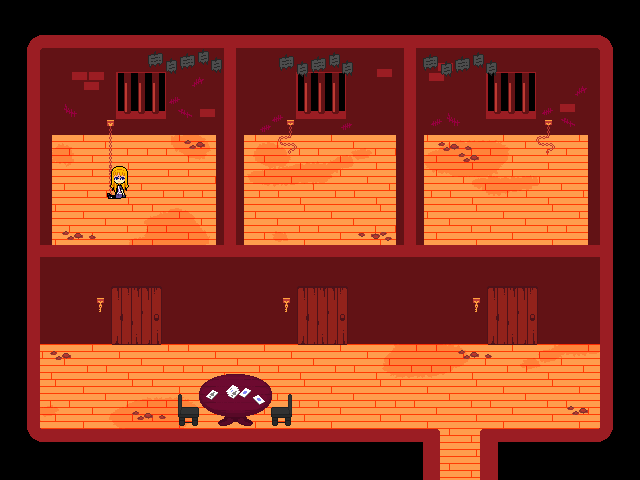 Nope, no use. The chain's length holds you back from even scaling half of the area.

Is this... Psychological manipulation?

Otherwise, what is the purpose of making the one exit so obvious, yet unreachable? You'd really like to not give whomever it is that designed this cell too much credit, so you attempt to shove that thought out by focusing on something else.

Your eyes drift to the highly suspicious paper notes above the cell window. 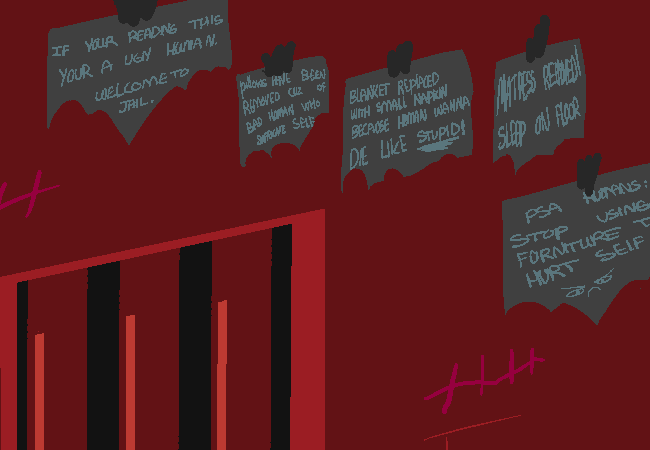 Is this reading material for entertainment? Well, if it is, at least the interior design was a little considerate.

You begin reading the notes in order...

[SIC] IF YOUR READING THIS
YOUR A UGLY HUMAN.
WELCOME TO
JAIL.
[SIC] PILLOWS HAVE BEEN
REMOVED CUZ OF
BAD HUMAN WHO
SUFFOCATE SELF
BLANKET REPLACED
WITH SMALL NAPKIN
BECAUSE HUMAN WANNA
DIE LIKE STUPID!
[SIC] MATRESS REMOVED!
SLEEP ON FLOOR
PSA HUMANS:
STOP USING
FURNITURE TO
HURT SELF

Oh dear. You take that back about consideration and whatnot.

During something known as the human extermination period in this world, humans trapped here were eradicated entirely and completely, and it was done with a very specific ritual in every instance.

A ritual that, as these notes imply, many captive humans greatly feared and preferred to end their life by their own hands rather than die experiencing said ritual.

The ritual involves carefully uncovering and crushing out the heart of the sacrifice first, as it is the center of the body and soul. And it is required for that to be the cause of death, instead of any side possibilities such as shock, blood loss, trauma, and such.

Afterwards, all the blood must be extracted from the sacrifice's body. The remains of the sacrifice's corpses do not get a burial, they are simply dropped off of to the very depth of a specific cenote, one fittingly dubbed as the execution cenote.

It is a very cruel yet efficiently subduing ritual, designed to eliminate any possibility of a human's ability saving them from certain death.

Though the ritual does require the sacrifice to be alive in order to be perfect, it is still practiced with the corpses of those who died from other causes. Merely as a precaution, you suppose.

When your mother died, you feared her being subject to such cruelty even in death, so you disguised her long-cold corpse to appear as a monster's. Thankfully, that worked, and she got the most regular of burials by monster standards, but a dignified one in your eyes.

From that time, you decided that you're never letting anyone experience that agony so long as you have a say about it. And that includes yourself.

You're getting out of here, no matter what it takes. 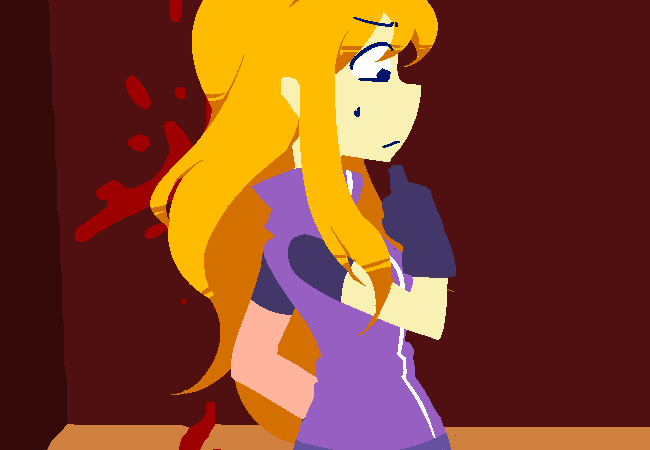 Okay, you'll have to be real crafty to get out of here. It seems you can still use your ability, which will no doubt be helpful for escaping.

Now... You need to get thinking straight, maybe find a fitting thought process or mindset to go with. You're looking to escape, so... You have to think like a WILD one, a LAWLESS one, perhaps a HARD HEADED COLD BLOODED CRIMINAL, ONE THAT NOBODY CAN CONTROL, YOU'RE FREE, DAMMIT--

Nevermind, maybe not that far.

Regardless, that seems like the proper kind of mindset to get into. One where you're inevitably always succeeding, something like that has you instantly brushing off all worries of failure!

Wow, who knew thinking like a criminal could be so positive!

With newfound hope, you begin devising a nefarious escape plan.