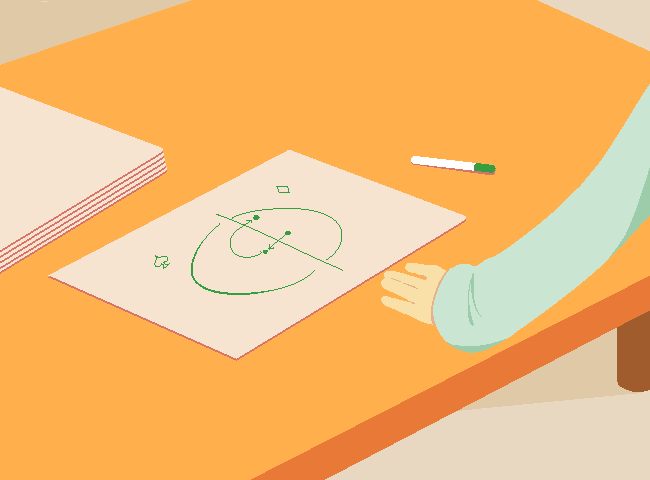 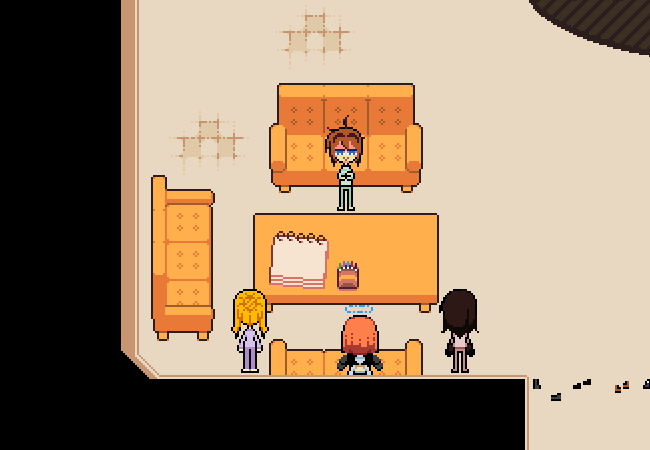 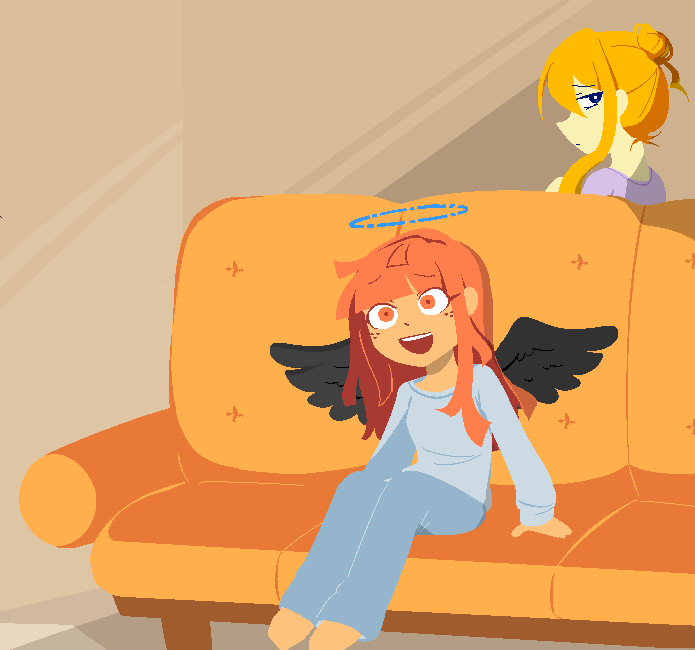 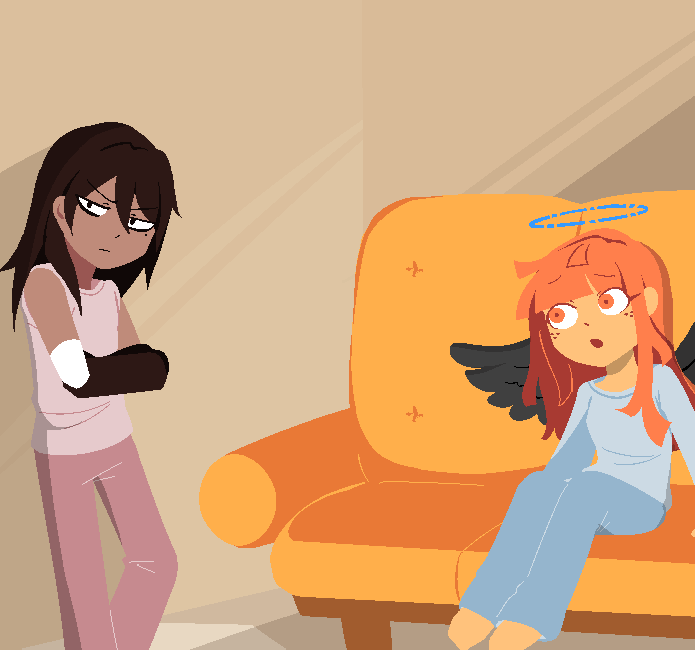 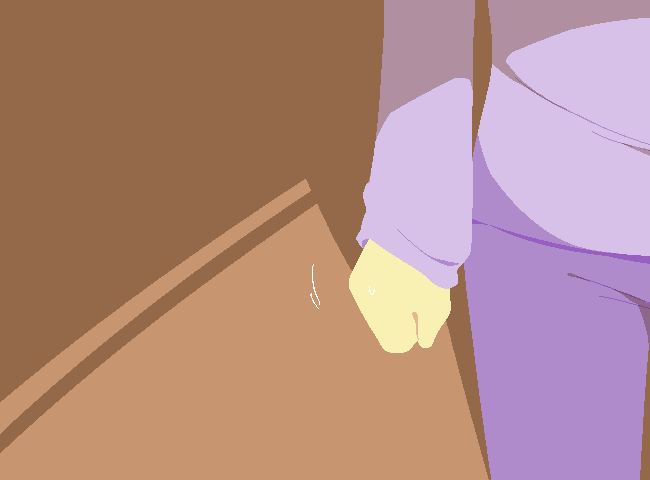 Reed: Point out the obvious. 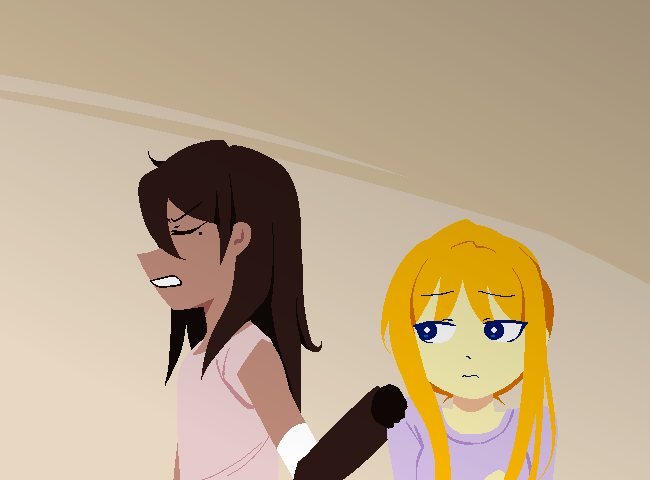 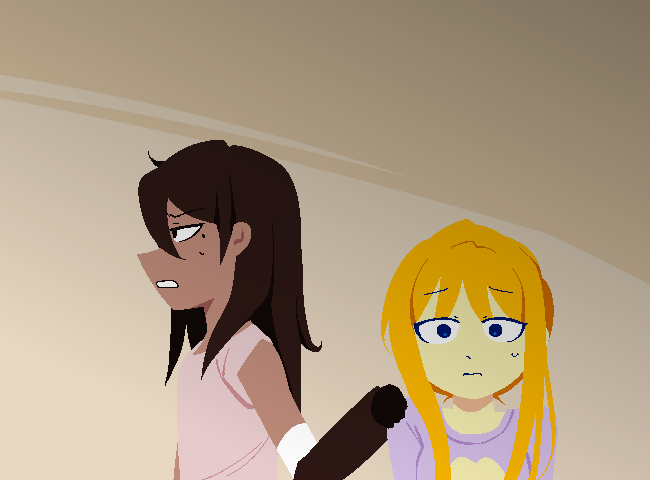 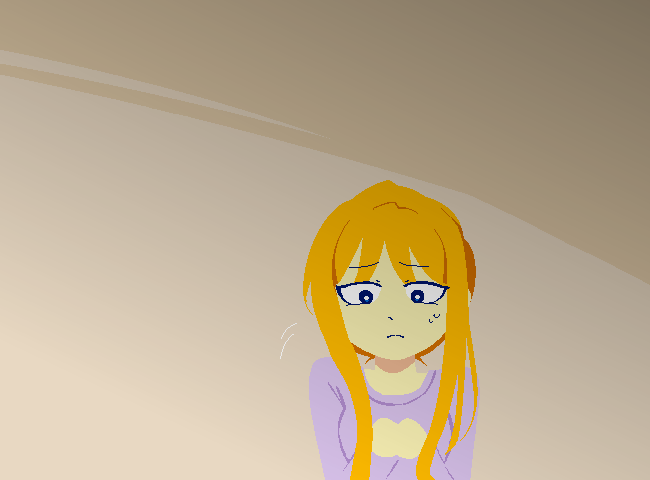 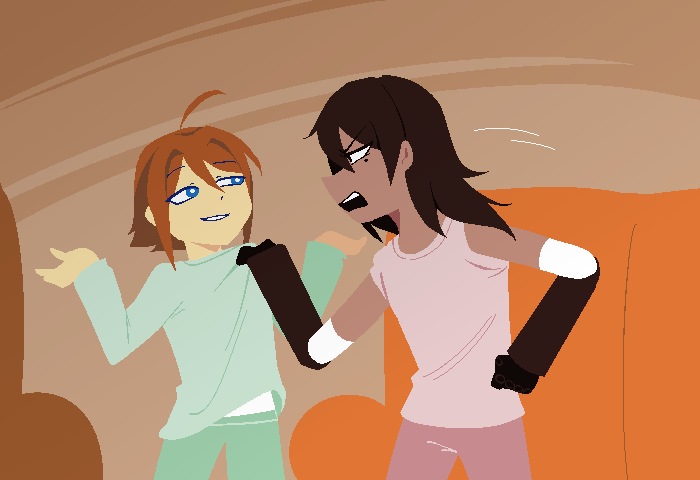 Aria: You have to settle this yourself. 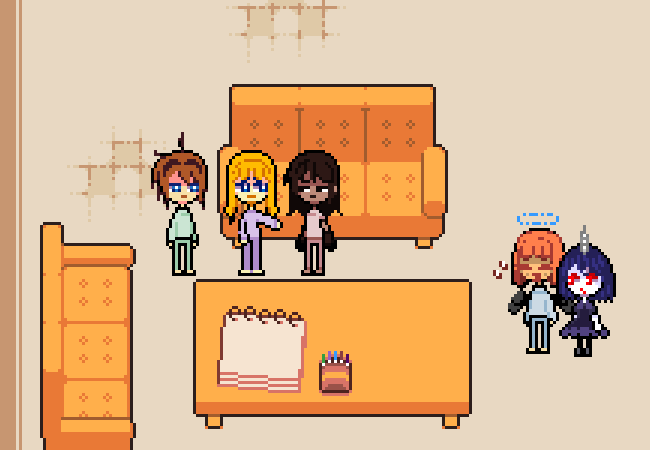 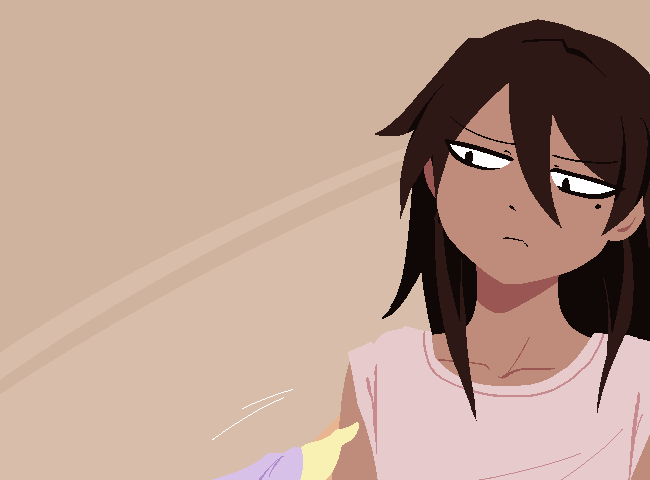 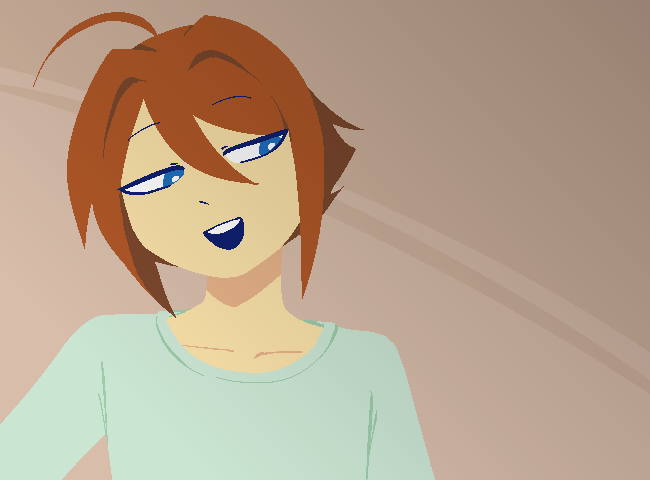 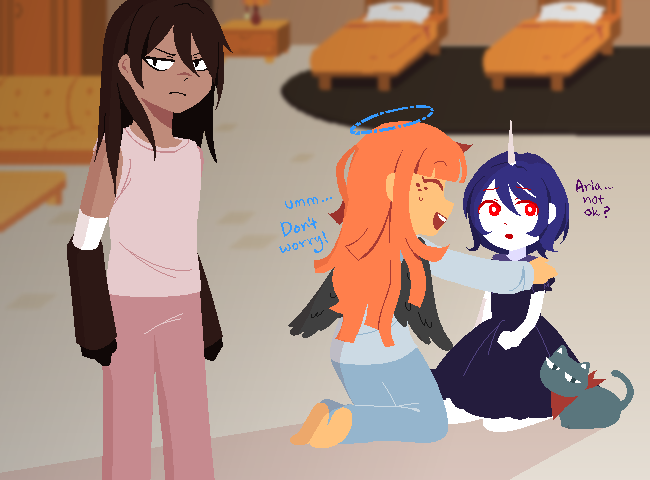 They all seem pretty shocked. Reed in particular is giving you a mean look.
Well, meaner than his usual.

However, that's not a problem in the slightest.
Things are going about as well as you expected, after all.

You're the one suggesting this, after all.

In fact, this is not a selfish plan. It is a plan that benefits everyone here. 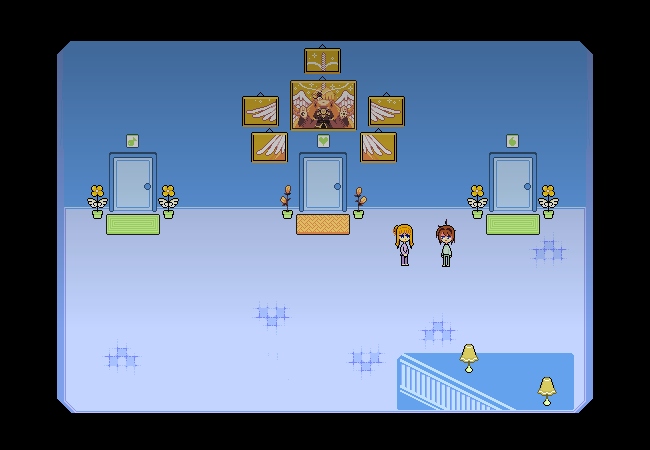 However, the only issue lies with the one human who is most familiar with monsterkind, and thus, the one who would want to avoid that world the most.

But you can change her mind. You're the best at talking people into doing what you want. She also happens to be an easy one to steer in the desired direction.

With no interruptions, this should go smoothly.

Nino: You're probably gonna be trying to manipulate them, but they might not agree so easily.

Why, who do you think you're observing here?
Quit doubting his skills.

Aria in particular is a piece that can be moved with one simple sentence. 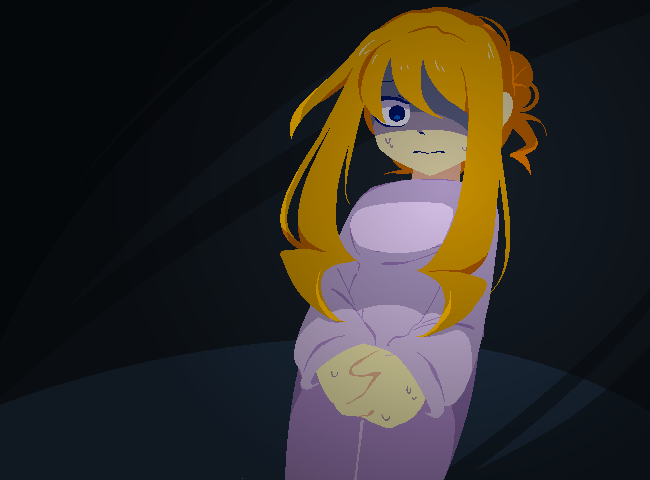 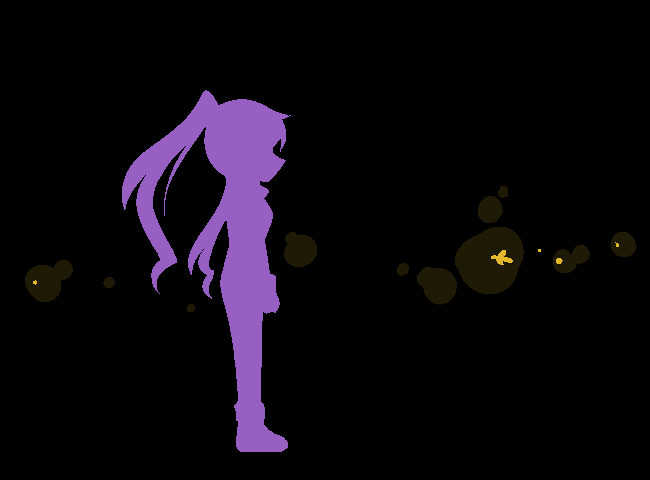 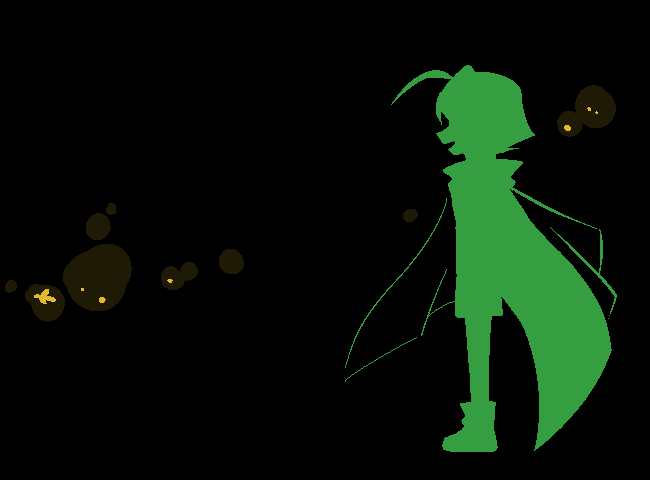 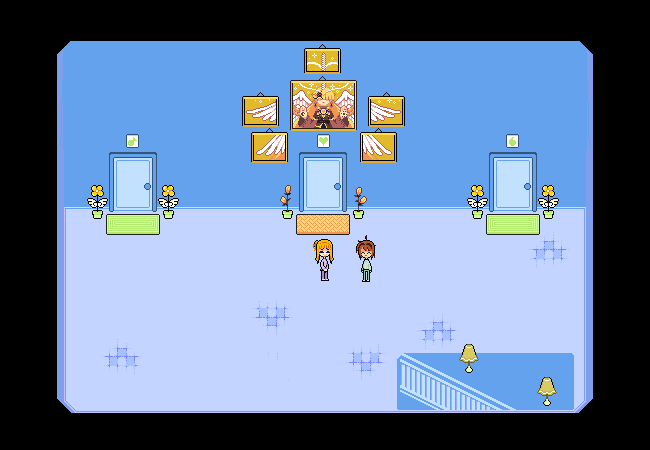 Aria is such a kind person, right down to her roots.
It's astonishing, really...

The ease with which you can talk this personality into doing anything.

Obviously, without a disguise, you wouldn't be able to get anywhere at all. If she had adamantly refused, your entire plan would've crumbled. She is a necessity to bring, who doesn't actually get a choice in going or not - just the illusion of one.

Nino: Don't you think that was harsh? 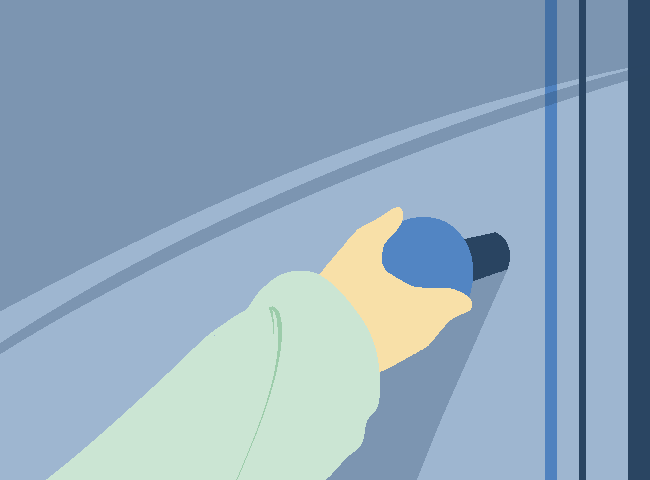 Certainly, in some ways.

But you don't actually want to hurt her. This is all for a good outcome.

To see if the monster world could re-awaken your memories. To benefit Reed, who's been impatient about continuing his search of the professor. Also, to take a roundabout that bypasses potential human security checks, lowering the chances of Five's disguise causing any issues along the way.

See? This change of course solves so many problems!

Now, Aria may understand if you laid this out to her, but there's no reason to do so. As long as she does what you need, it'll work out well for both of you.

After all, it's the destination that matters. 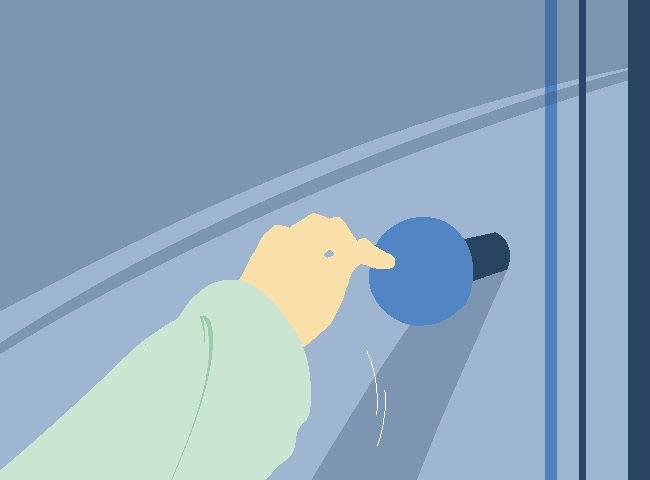 Aria: Does anything seem off with Nino? It's evident something is on his mind. 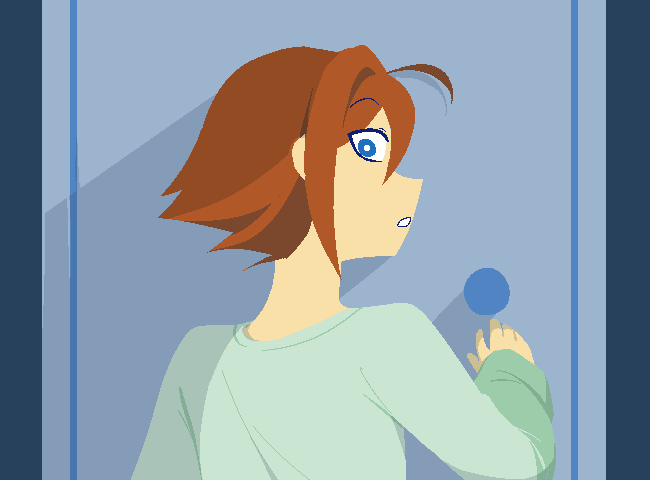 And you know what it might be... you think.
Ah. What an irritating treatment this is.

It's even more irritating that he doesn't recognize it.

Right. You have to speak your mind, or he'll never understand.

Nino: Well? Do you plan on explaining yourself?
Subscribe
Login
17 Comments
Oldest
Newest Most Voted
Inline Feedbacks
View all comments

I made a character popularity poll for fun! I will leave it up a while and show results later. Come rank your top 3 so we can see who's the best ocean that ever falled! (b ᵔ▽ᵔ)b

this man really be testing my patience here. also jfc it moves

Nino has forgotten one simple thing. Every lioness has the eyes of a predator.

Aria: Calmly but firmly assert yourself and what you've observed.

Nino: The path of manipulation will not work here, but an honest answer might.

Aria: Cautiously express your concern and offer a hand. You've seen the best of Nino, but he doesn't have to let the worst of him overtake that.

Nino: Well? Do you plan on explaining yourself, or will you continue this madness? You earned their trust and loyalty just last night, but you destroyed it all in five minutes.

Aria: The boy you knew isn't here right now, but there's still a chance he's in there somewhere. Please, do not give up on him.

Nino and Aria: You are being watched. Do not panic. Go back in the room.

Reed, Mei, and Five: Attempt to listen in on Nino and Aria.

>Aria: This isn't the Nino who gave you hope and saved your life. It's like there are two of them. He hasn't always been this way.

>Nino: This is who you are. It's not like there are two of you. You've always been this way.

Aria seems to have grown… this is good, but what pushes her on?

Nino: You fool. You have destroyed most of your chances to do anything. You could have simply explained your reasonings for your actions, explain the necessity, and you could have easily convinced them. You could have run away alone to fulfill your goals. But instead, you have managed to fail in 2 ways. One, you have made them aware that something is different about you, through a lack of consistency, and Two, you failed at using a more efficient means to progress. Even if some argue on the destination vs journey, you need to prepare for how to get to every destination, if that is what’s most important. If you keep letting pride get in your way, as with you letting Kaji get the initiative upon you earlier, your mission will just become more difficult. To remain consistent, just act confused until she is too frustrated to pursue you any longer, and be more permissive and return at least partially to your normal self.

Most importantly, do not fail. You aren’t relying on solely yourself, you are failing with others. Your bizarre, absurd cacophony of thinly-veiled threats and offerings, their trust in you fading, and you are deceiving yourself about your true intentions, that you are doing this for others instead of yourself. If you want to forge a path, forge it well. You must be stoic, and calm, because in this state, the illusionist with her illusory facade of a weakling, something which you should’ve tried to emulate somehow, will likely detect YOUR falsehoods. No pun intended. Afterwards, whether you succeed or fail, act befitting a way that you likely acted in the past. And by that I mean act how they thought you were some time ago, not like how you currently are. Anything you have shall only be good as you are, such as charm, and if you continue like this your own pride shall doom you, if not time. Fight both, and conquer them to serve you, and you shall be free to do as you will. As you must.

On another note, Nino now is Suvillan

Aria: Wait, what does Nino not recognize?

it was physically bad for me to read this page, but when Aria suspected something, like a mountain fell off my shoulders

Nino: You are based, keep pressuring your friends into chaos

This probably is just a aesthetic choice but Aria from my memory had a hood(?) or scarf that was shown in the Unite image I don't know I just thought it was a little weird. But there is a chance it's a subtle hint that before the event's of ocean fall Nino had known Aria in some point of time and they were allies. (It could also have been her mother or just like Nino a different version of Aria.) I am a idiot that is her hair. But still the way it's called reunite still feels weird to me. And how it shows (Past?) Nino.

That is her ponytail! Also, you're not on a wrong track here by any means. These are details I meant for to be noticed.

Nino: Further insult Reeds intellect and manhood, call him a coward for not wanting to enter the monster world its perfectly safe with Five and Aria.
Nino: Hug Aria and tell her she's important to you and how you just really want to help Five. get really close to her face put your hand beside her face on the wall.
Nino: Let everyone know that with (y)our guardian angel the lovely Meimona everything is going to be fine.
Nino: Tell Five in private to always let Reed know how much you love him and how special/nice he is.

NINO FOLLOW YOUR MIND BELIEVE IN YOURSELF S U B V E R T YOU CAN DO ANYTHING YOU EVEN HAVE FOUR(technically 6) LOVELY TOOLS AT YOUR BECKONING AND DISPOSAL.

Everyone: You know, for all of your observation skills, you should play more attention to how others’ eyes move and observe you.