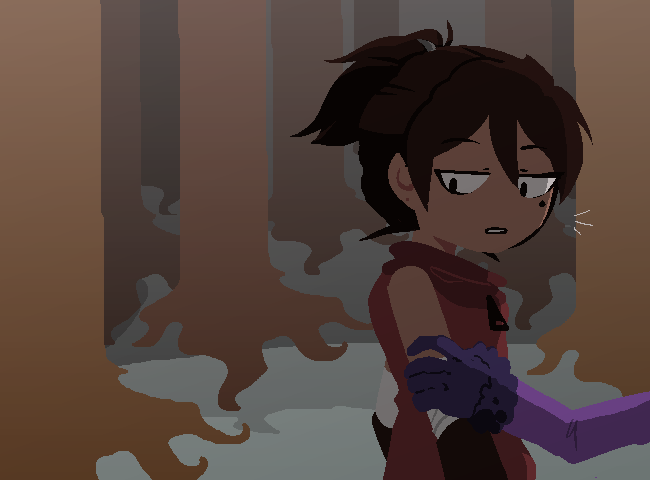 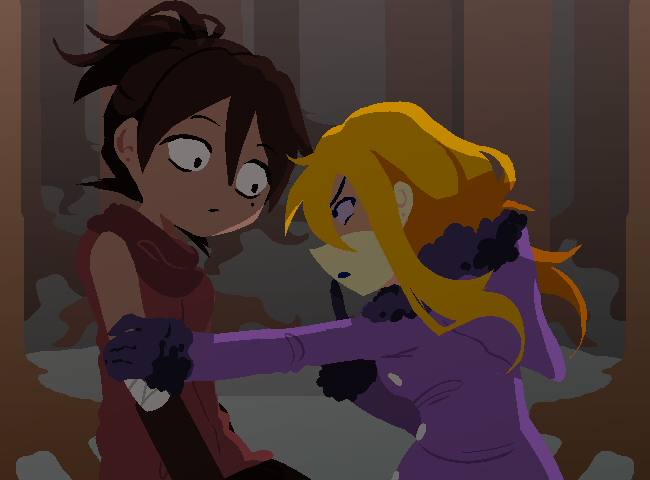 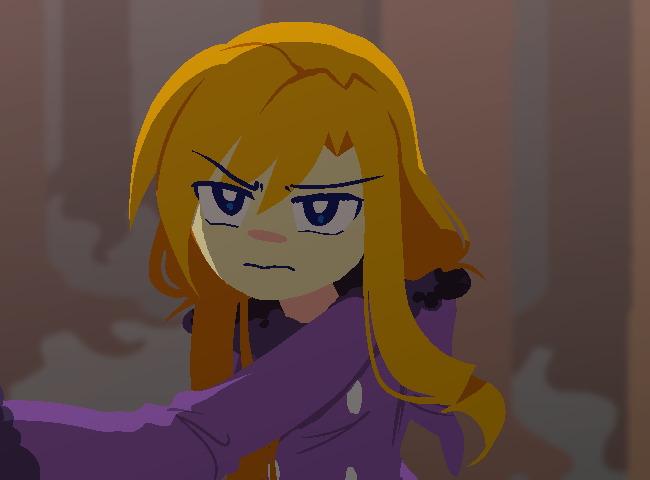 You settle on a threat. A real one.
The only thing that could possibly get you your way. 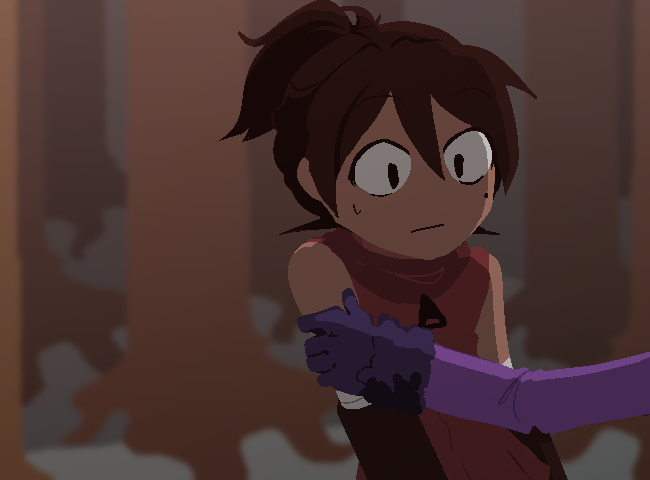 He is stone cold speechless for a moment.
...What, did he not understand???

You're going to have to go ALL OUT, then!!

Aria: UNLEASH TRUE HELL UPON THE FOOLISH HUMAN WHO DARES QUESTION YOU 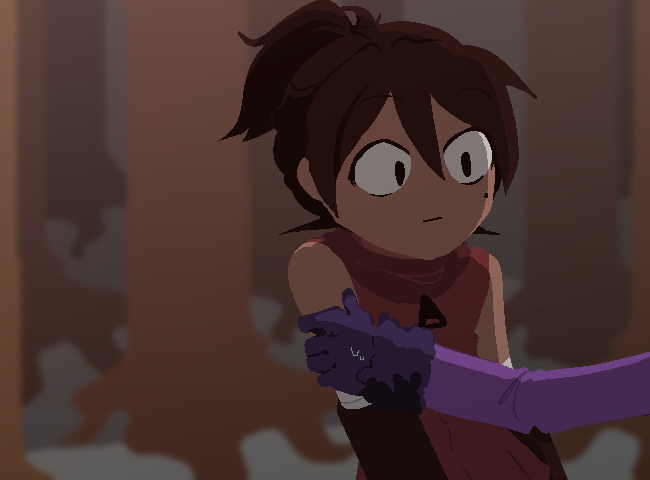 Uh.
OK, maybe this is too much! 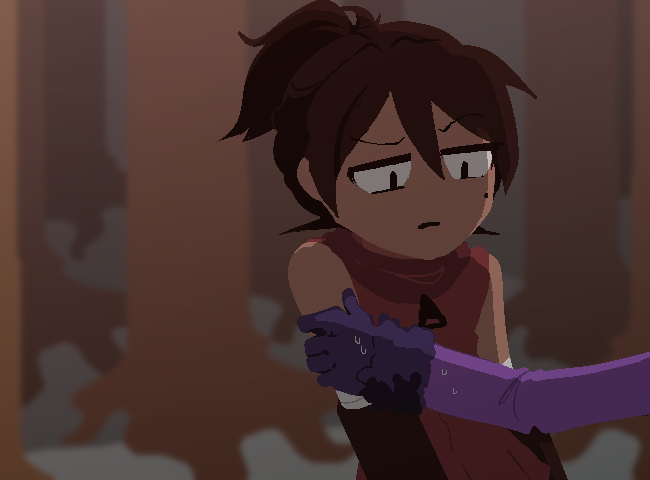 A threat is a very extreme method of getting your way, you think.
Too extreme for you, at least! You've never had to resort to anything like this before!

Hell, you've never even had to think about doing it!

But suddenly, he's back to being totally unfazed. 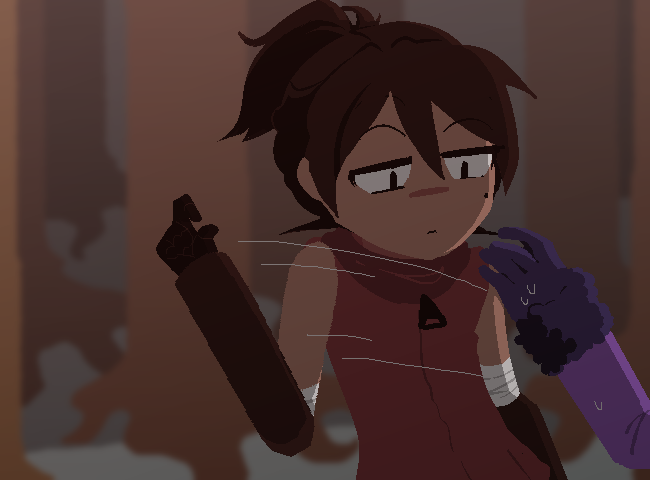 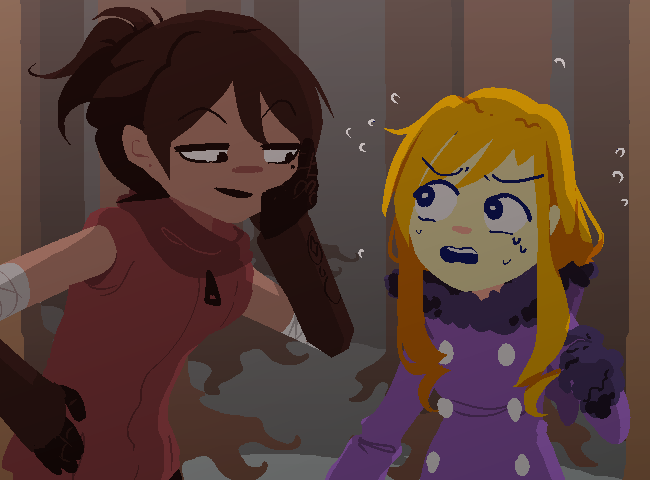 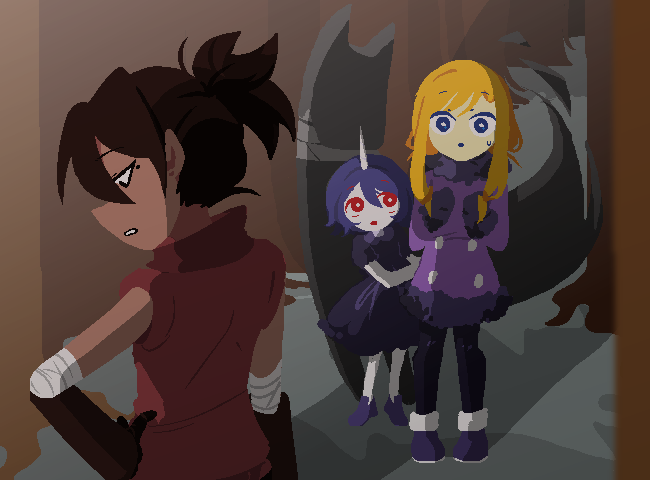 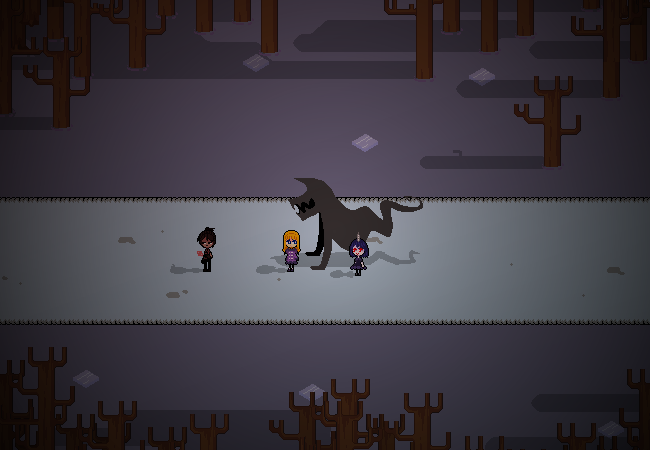 You all return on your original route.

Huh, party? What party. You're not sure you understand!

But you look back at Five and Ludwig, and reassure yourself. No matter what, you're never letting go of them. Never ever. And if there are any parties, then by god they're getting invited to all of them as long as you have a say in the matter!!!!

You're never, EVER, leaving them behind, and this boy can deal with it!

Still. What a strange situation you've found yourself in.
You're going to be all together though. It should be fine, as long as you're not separate...

The boy suddenly calls you, interrupting your thoughts.

He then shows you something strange. 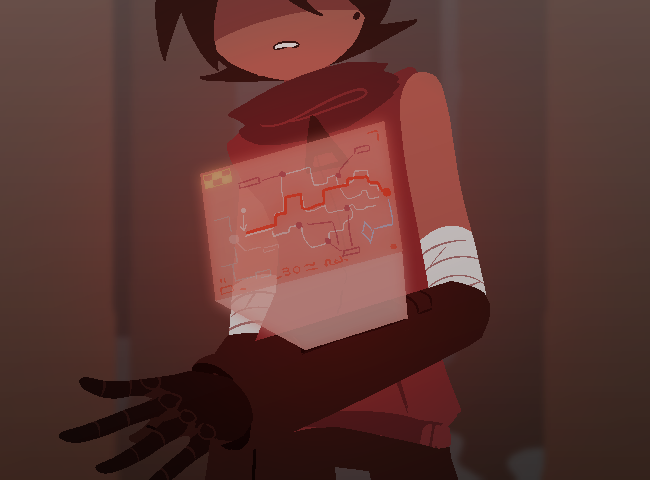 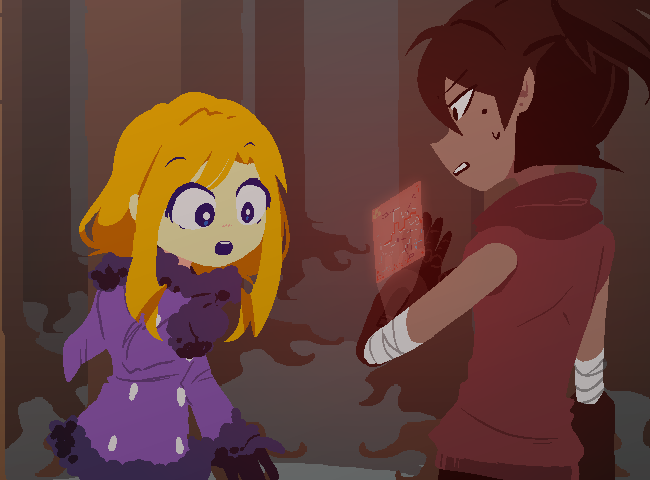 Aria: Along the way, ask him why he cares, but for real this time. 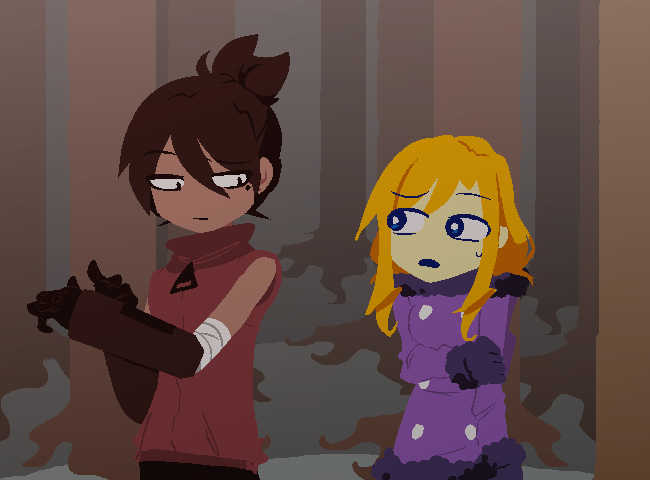 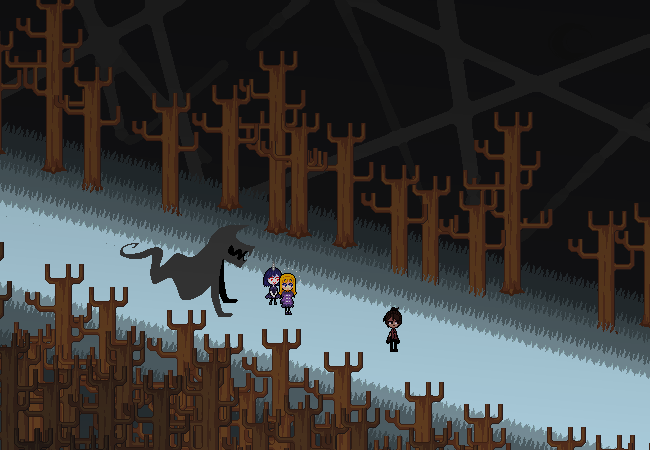 Nothing more to say, you go back to being quiet.

Five looks happy. She doesn't seem bothered by the human as you are.
Well, he did help her before. And Ludwig, too!

And, wow... Hang on, wow.
You're actually about to go to the human world yourself. WOW. 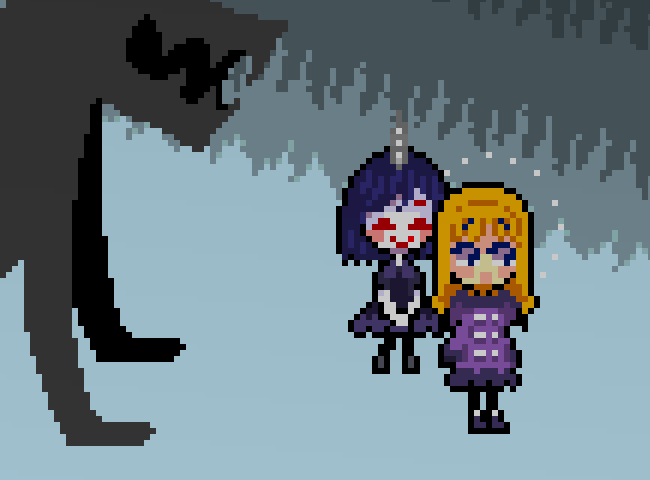 Suddenly, you're glowing with realizations.

You're going to get what you've always wanted, and for real, this time. This time... You almost want to ask everyone to stop for a moment, and let you take it all in. It is a little overwhelming to think about this finally happening.

Um, to think about it for the second time.

Five is happy that you're looking so happy, she says. And Ludwig barks happily.
...Wow. They both stand by your side. 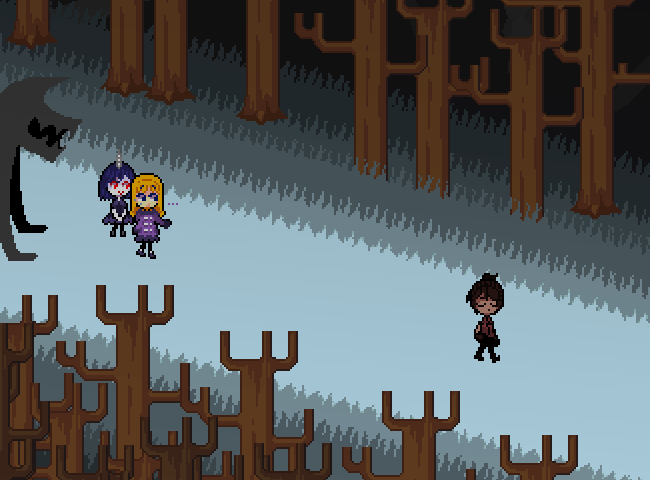 Oh, he just keeps going, even after you've stopped talking.

Right, you have to follow right away instead of standing still, don't you. Wow, no delays at all with this guy, yeah! And no holding hands and walking together either. Not that you should've expected that. Yeah. It's kinda just like, go. And then you go, by yourself. But the common goal? It feels much more tangible this time. Wow. Everything feels kind of the opposite compared to the last time.
When you were with... Um. Anyway.

He's getting farther away.
What the hell are you doing just standing here.

You're starting to think that maybe, you judged this guy a little too soon?
Sure, he's a little blunt and unpleasant, but... Okay, not a "little".

And you're about to be embarking on a -estimated to be short(???)- travel here. So maybe... Along the way, you could try to fix things up a little from your side. Make some amends, and hopefully, you will move past the awkwardness you feel from that earlier debacle. Really, there should be nothing for you to be bothered about, after all.

You never did yours! And you still don't know his name, or a thing beyond that.
This is the perfect opportunity for it!

Oh god, Aria is going to screw this up again...
He doesn't like 'niceness', he likes practical action.
Aria> Be Practical.
First: Get walking.
Second: Ask if using an illusion will help make the journey safer. Help in the best way you can.
Third: Names are Practical. If something happens on the journey, you will need to know each other's name for fast communication.