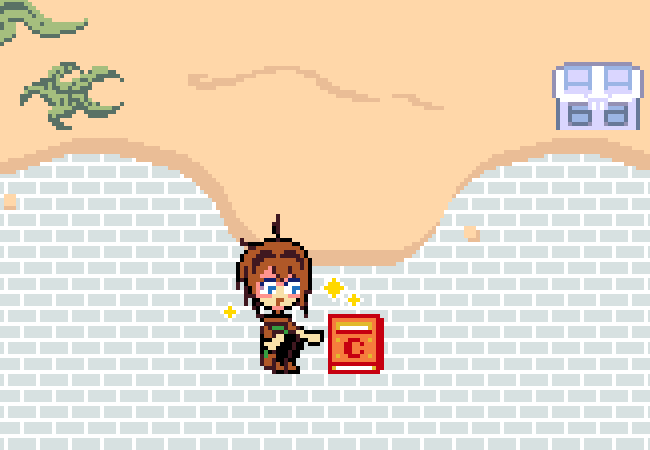 Right!? Gosh, you simply cannot take your eyes off of it.
You probably should pick items that benefit the group as a whole, but still...

There's some room to spare, right?

It's your own inventory space anyway, so it'll be fine!

...OK, maybe it's not totally fine just yet.

Nino: The book sounds like something useful in the long run. 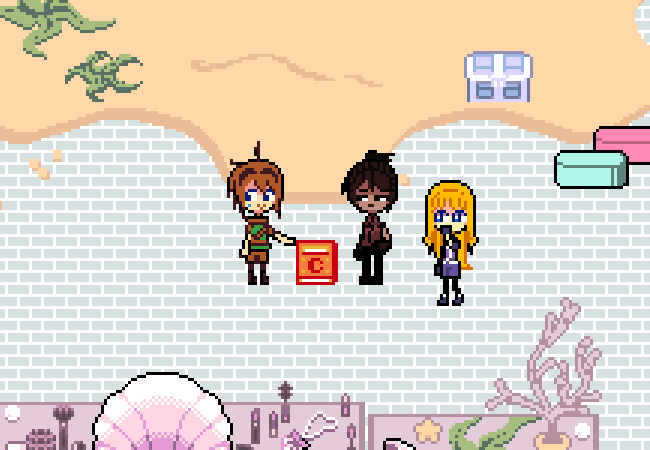 ...Dammit. Well, you kind of fit that description.
Minus the idiot part.

He's not wrong about benefitting the team as a whole, but... you still don't want to pass this precious book up. Not merely due to your personal interest in it, but something tells you that, in the long run, it may be a much more valuable item than these guys expect.

That's mostly based on a gut feeling, but...
You're willing to trust that hunch.

Now, if you can just find a way to please all sides, then...

Nino: Do you even need that key anymore? You should probably return it, lest it falls into the wrong hands. You would hate to force those kind penguins to change their locks just because you didn't remember to drop the key off.

Ah-ha, yes! What a genius idea!

If you replace something in your inventory with a more beneficial item, Reed can't argue anymore! That way, you'll be the best leader that ever leadered... all while getting to keep your unique new book!

You were given ownership of the hotel room for two days, so technically speaking, there wouldn't be anything wrong with still keeping the keys.

But you can just return them early, right?

You're not coming back anyway, so it should be fine...

Nino: Take the bag of coins and the Chilling Cake. The coins are fairly obvious, but the cake... you're not entirely sure why, but you think you might need it. Just in case. 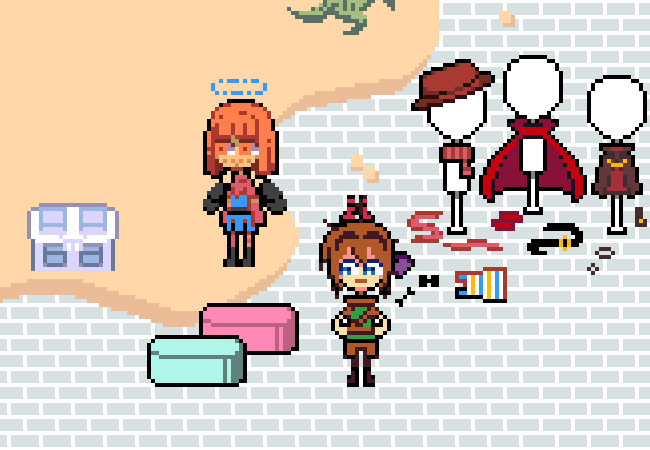 So... maybe that super sweet looking cake? Having a meal on hand is nice, and you do wonder if the chilling effect could have an unexpected use.

Besides, there's no need to worry about the money. It's obvious that someone here is already going to take it!

Indeed, no one better to make the choice than-

Mei: Attempt to appraise the Polar Star, it might be worth more than the Sack of coins! Worse comes to worst it's still worth something. 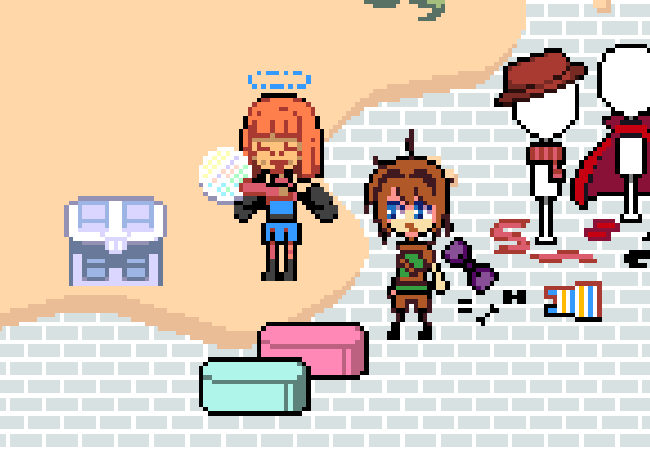 Mei: Can you fit all the coins inside your coin pouch? 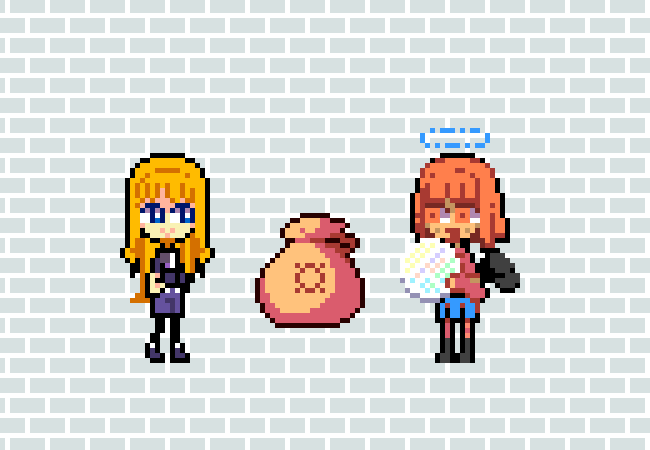 While it's not the full amount, that's a bit better than leaving all of it behind, you suppose. Your conscience certainly isn't as unwilling to move on, at least.

Aria: That lunchbox could come in handy! 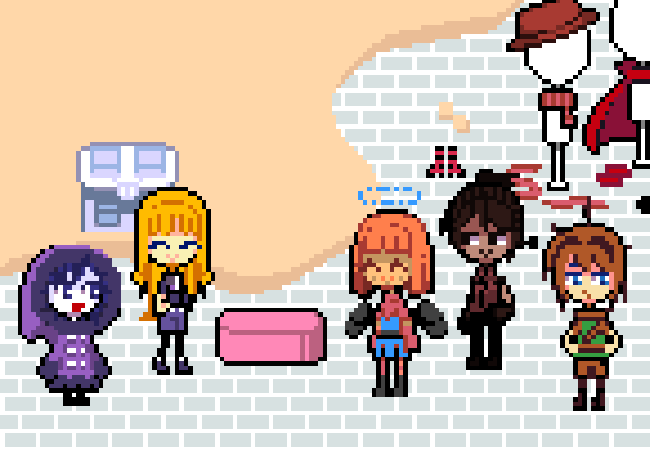 Well, that was a pretty good haul!
You truly feel like you've made the most of everyone's limited space.

Now then, the only thing left to do is... 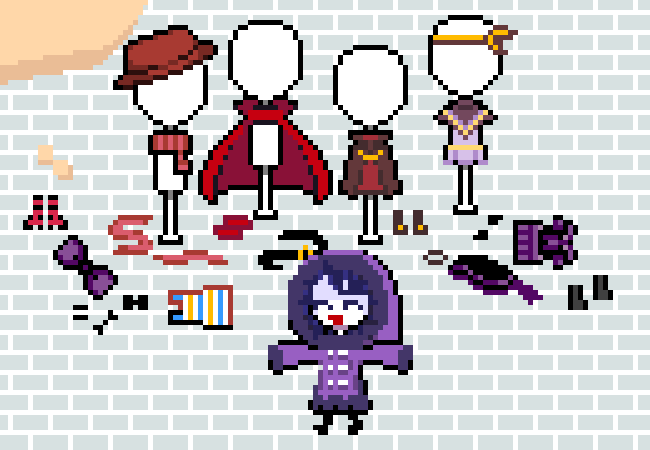 Nino: For no reason whatsoever, take the cape. 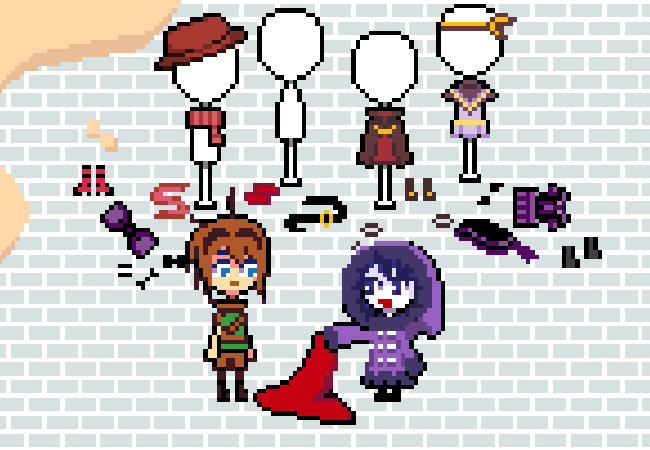 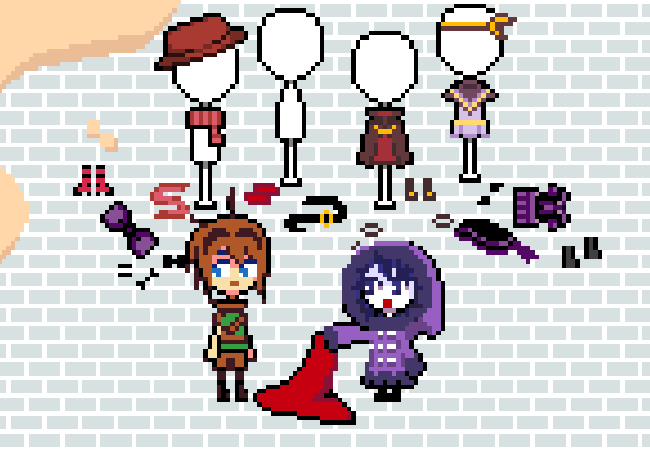 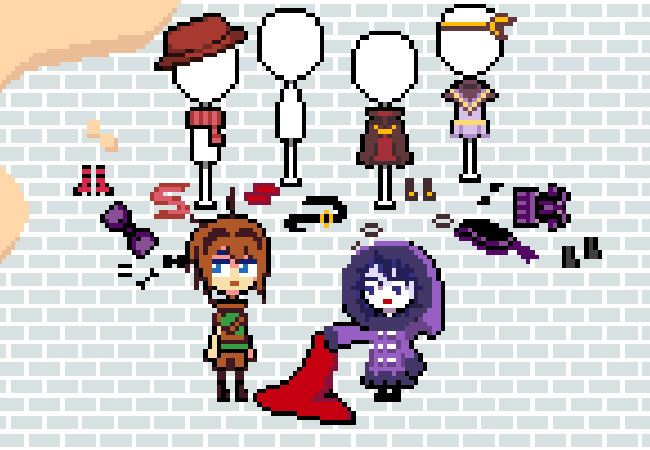 Nino: Consider taking the red cape. On one hand the cape is a reminder of... him, but on the other, it could help act as a disguise and isn't in his striking blue. Not the mention, capes are cool. 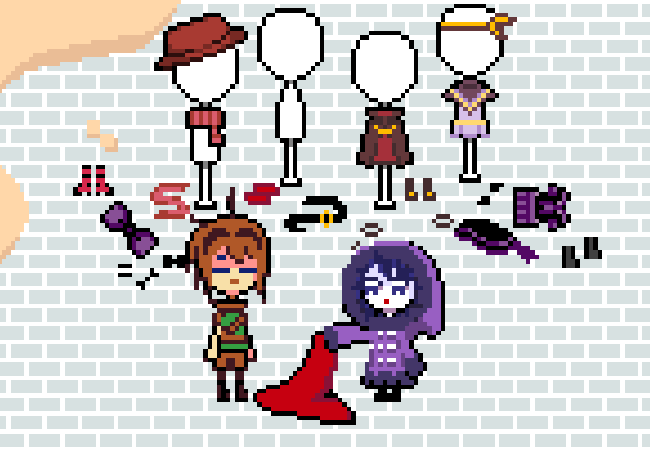 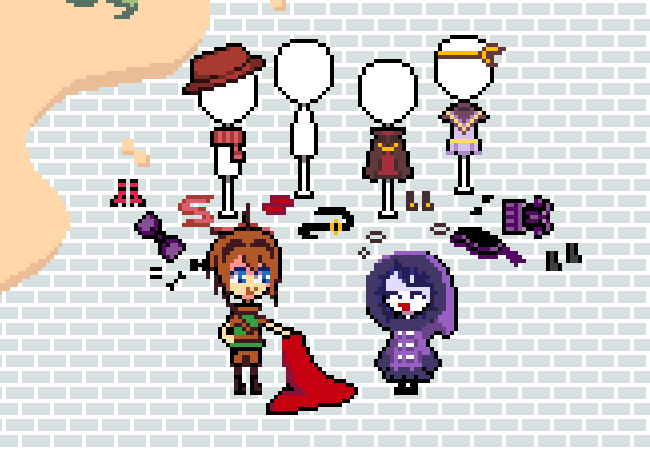 Well... it is just a very normal article of clothing.
It has its utility, as you can imagine.

No need to overthink this.

Besides, it makes Five happy that you trust her choices.

Everyone: Take the super-boss' recommendations and go get changed. 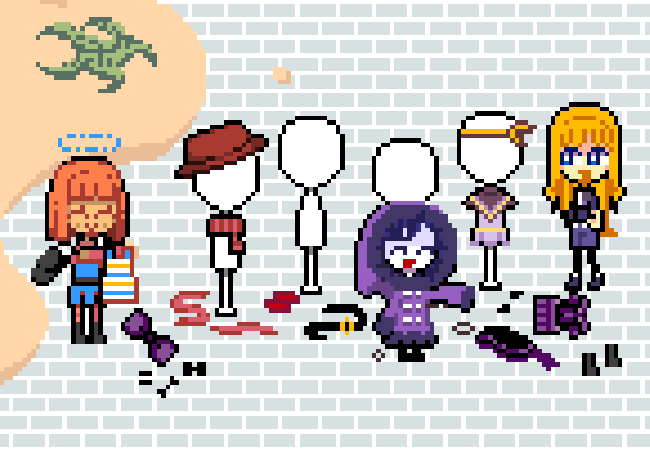 Meimona: Scoop up every accessory in the display, somebody must be willing to swap them for coin when you're sick of wearing them. 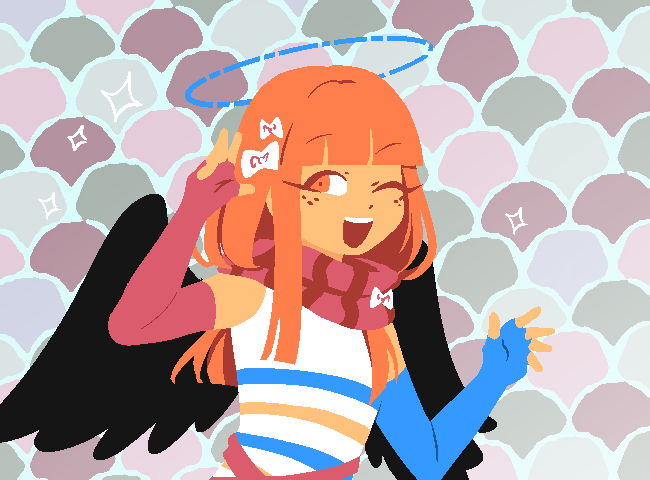 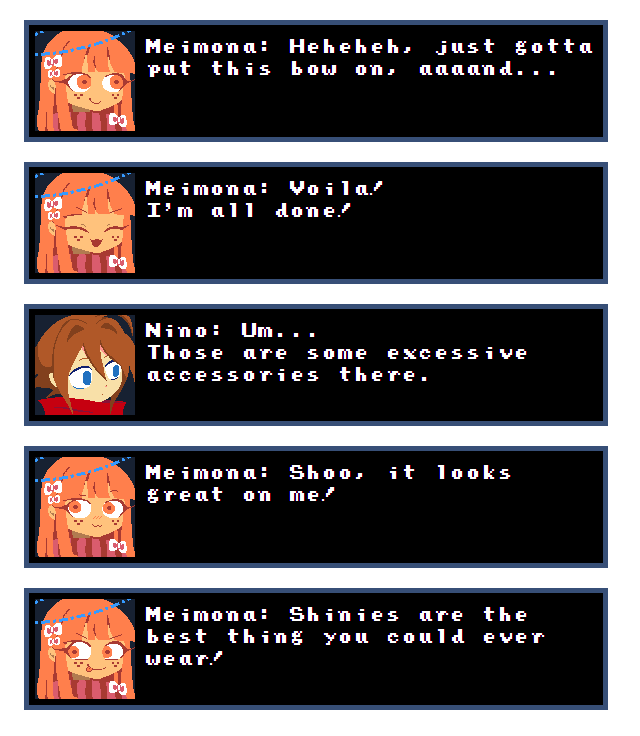 Aria: May as well pick something out while everyone else is, find something that looks nice. 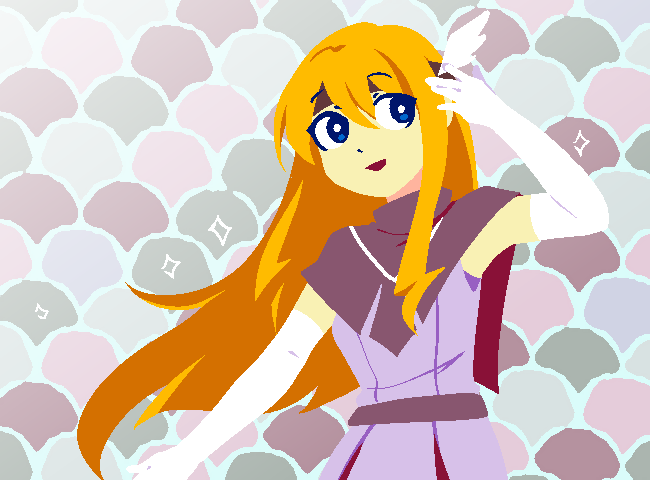 Well, getting to see such sights is a blessing few can understand. 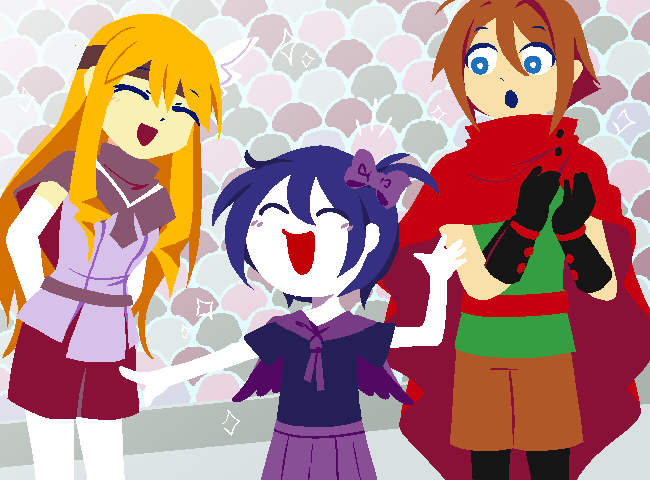 How fashionably adorable!
The crowd roars in applause for the aspiring little fashionista. 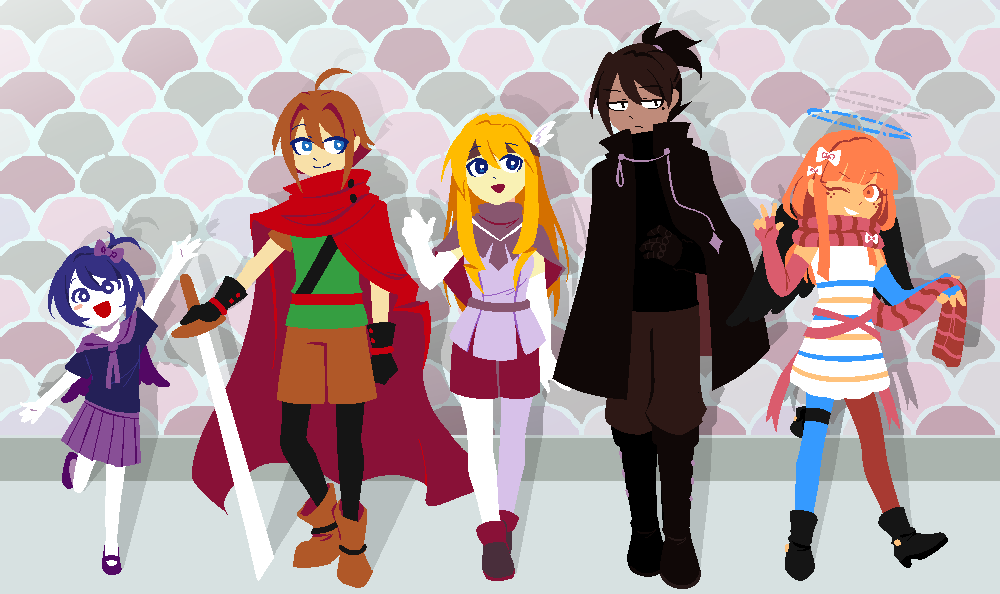 Reed: You'd be better off keeping those arms covered. 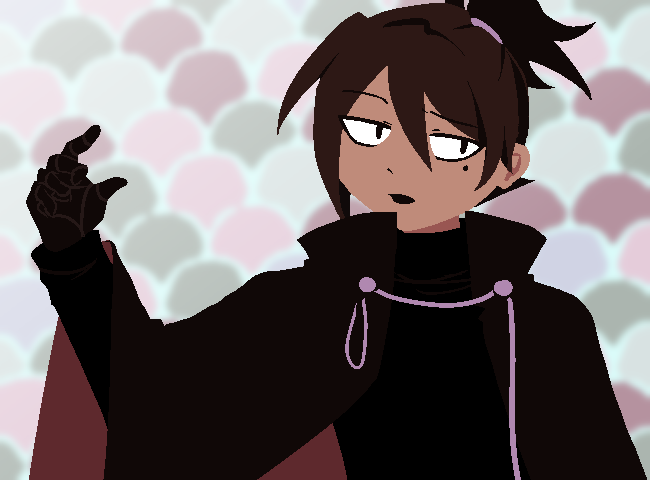 Nino: Drop off the Room Key, and take the Book of Wonders! 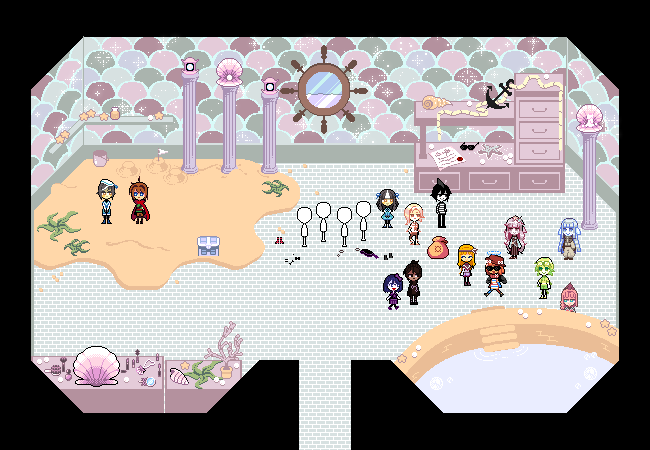 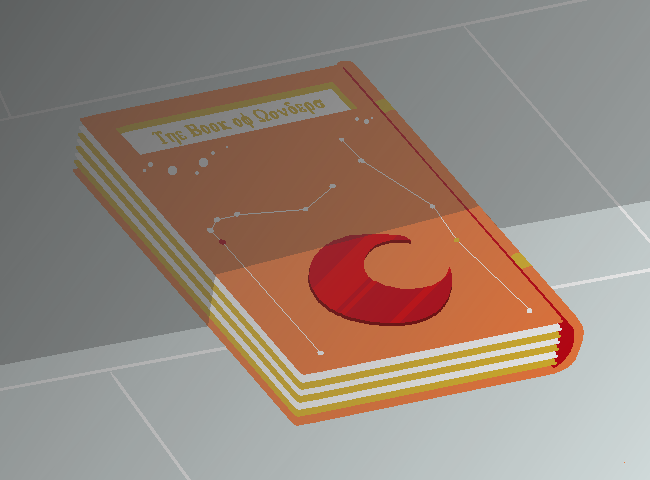 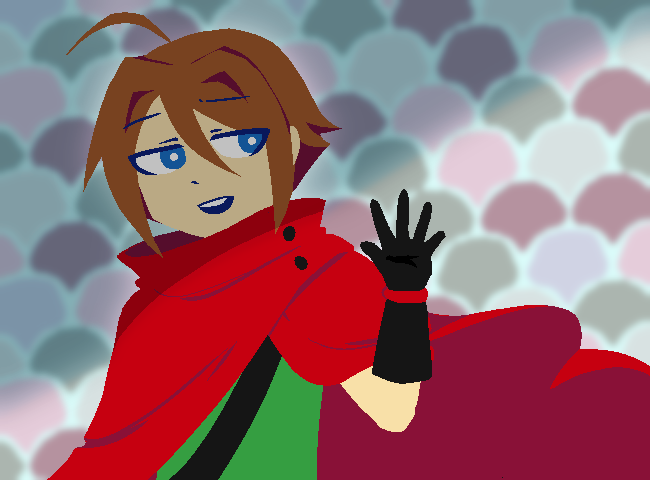 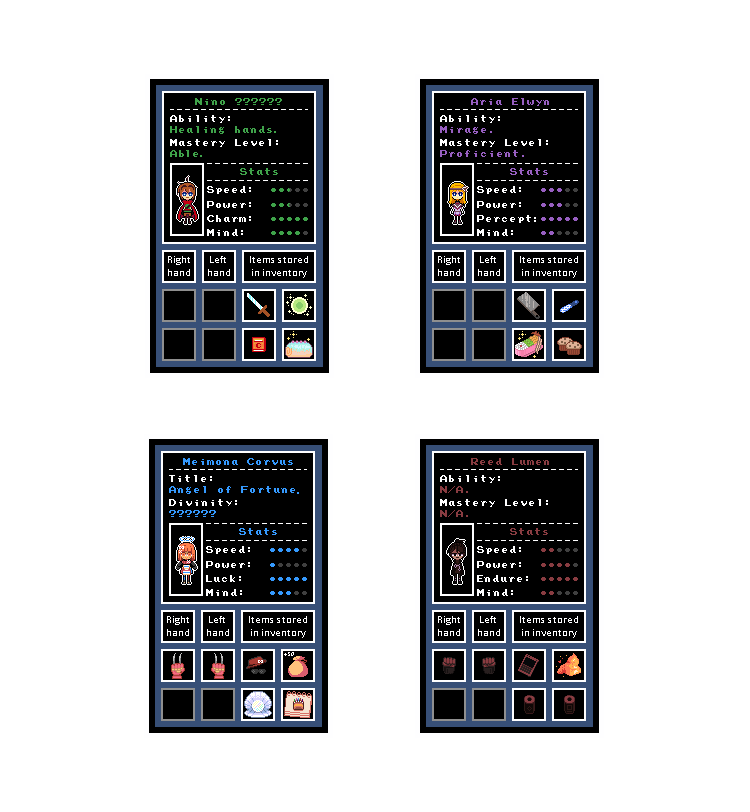 With all your preparations complete, you bid everyone farewell.
Goodbye, Icicle Bay, and goodbye, Kaji.

Or should you say, "see you later"? 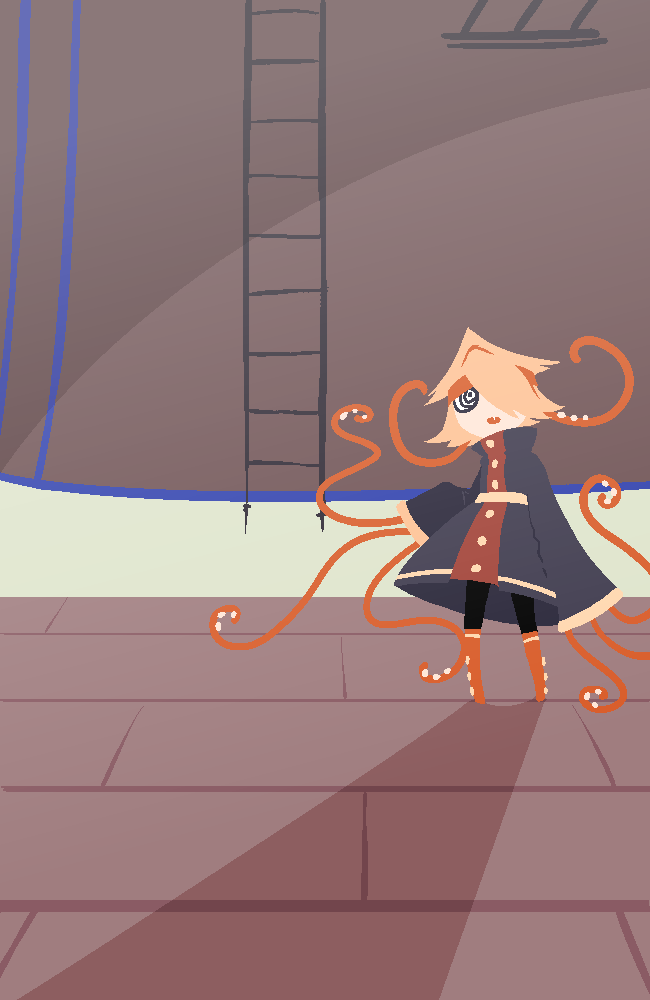 Who knows if you'll ever return, though?

After all, your eyes are set on a daring new adventure.

im thinking i was right about the cape being a bad idea, that color shift was pretty ominous

but... capes are cool

You messed up the formatting on the “Consider taking the red cape” command. The image is in the command box.

I don't know how I missed that while proofreading D:
Fixed now.

nino got the christmas drip

Please, I beg of you, do not let the Christmas creep take us all, not 3 months away, I know the colors match for December but please, before they decide to prepare for Christmas the entire year.

Absolutely obsessed with the new outfits

Kaji: Stop being on break and go down to the docks for absolutely no reason.

Team: Climb on the boat.

Nino: Since there's not much to do, take a peek in the Book of Wonders? It could come in handy.

Reed: Message your si- er!- headquarters about coming back sooner than expected.

Aria: Maybe check in on Nino? Other than going fishing, singing sea shanties, or getting seasick, there's not a lot else to do until arrival.

Kotori/Solis: How does patrolling fare?

:D I love their outfits so much.

Warty: Hail the well-clothed ones.

Mei: Wish on your luck that everything works out.

Nino: Consider potential negative side effects of your venture, and perhaps discuss them. By the time you get on the boat, regale stories and explain Meimona's luck ability, and the power of belief.

Aria: Try to narrate in full detail as possible what happened during your journey an- wait, how did Mei lift the boulder in the first place?

Party: See through the potential dangers up ahead by speaking to Reed.

Nino: See what’s up with Mei’s prospects here and Reed’s magic device. Also feel a strange sense of joy that you managed to make use of literally all items, instead of having to vote just a few.

Aria: See if telling Nino about his missed misadventures could help him out somehow.

Mei: See how you can somehow save your halo.

Reed: See what lies up ahead in your journey.

> Nino: You forgot to acquire a personal diary and writing utensil. Unless you plan on using your own blood to write notes in the margins of your new book, you may want to acquire some materials at the Library before you leave.

Nino: Once you get those things, write as much down as possible. About yourself, your companions, things you've discovered, the world. As much as you hands can handle.

Luckily, Mei has kept the writing utensils they received at the hotel. :]

Didn't Nino lock some ship captain in a room a while back? I wonder if that's gonna come back to bite him before we get off Icicle Bay.

aw damn, you missed the chance to make a "sea you later" pun. still, the outfits are cute :]