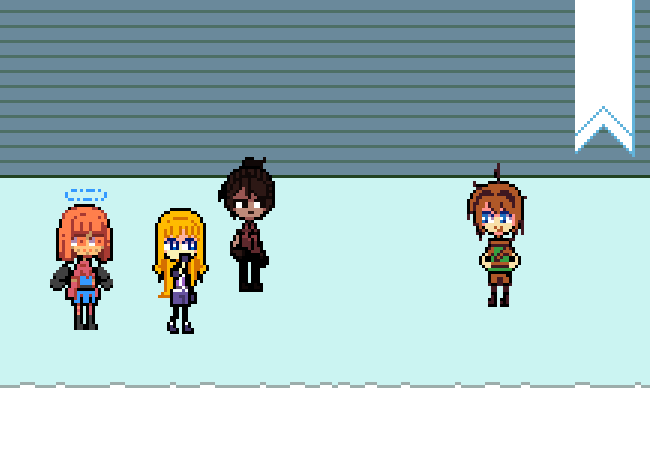 Hell yeah!
It's about time you got this bunch more organized.

And "organized" is certainly the word, you're about to sort everything by following a checklist. Literally. You've got a list of basic checks in mind - which you as a group must pass - to confirm that you're well-equipped for this daring detour of yours.

Let's get this started. 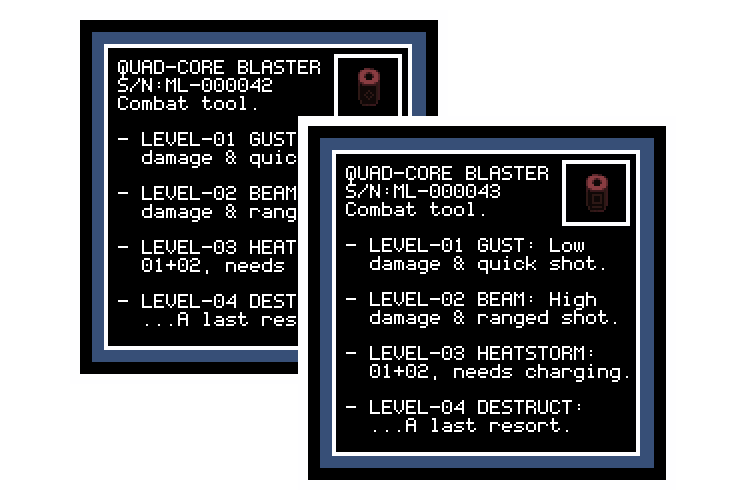 First check - everyone's weapons, their means of self defense!

Reed steps up as the first to demonstrate.
And in terms of raw power... he certainly is unmatched. 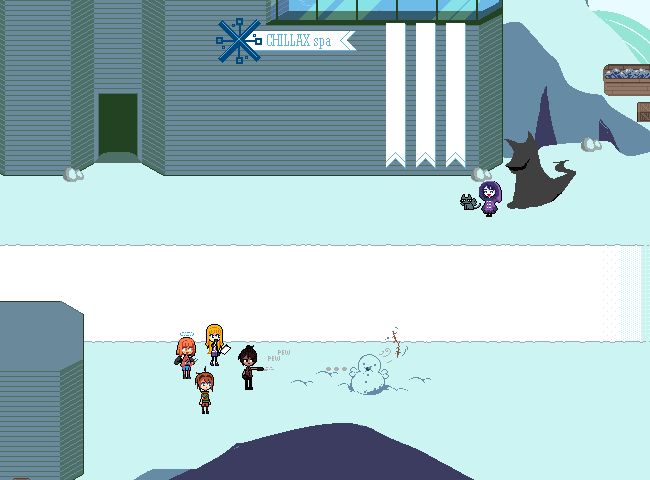 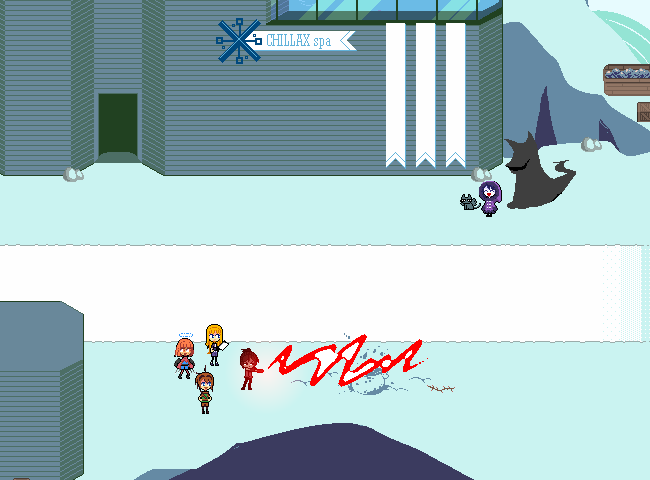 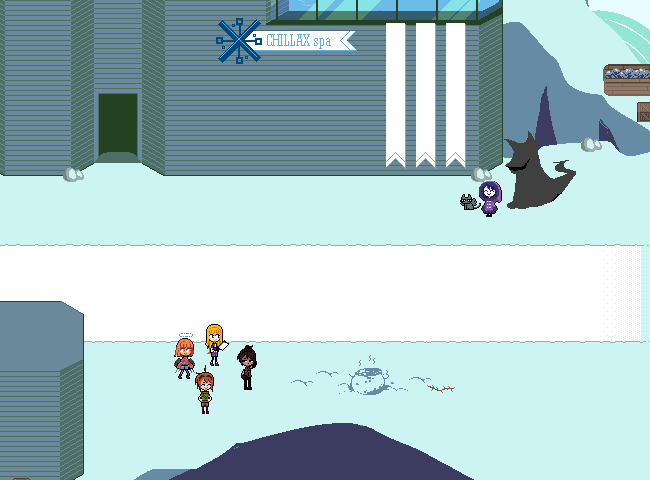 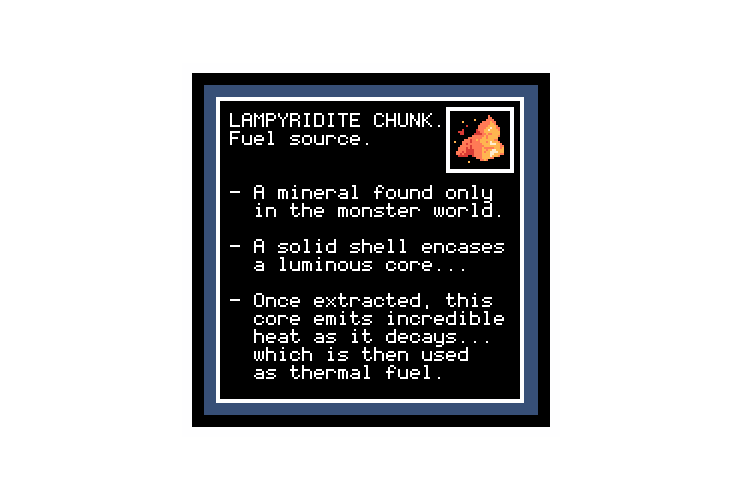 Well, what a stunning demonstration that was!
For Reed's part, it looks like he's got himself covered in all areas. 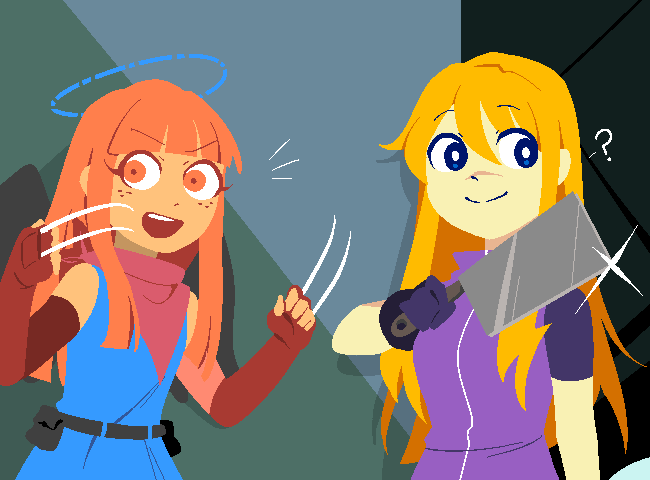 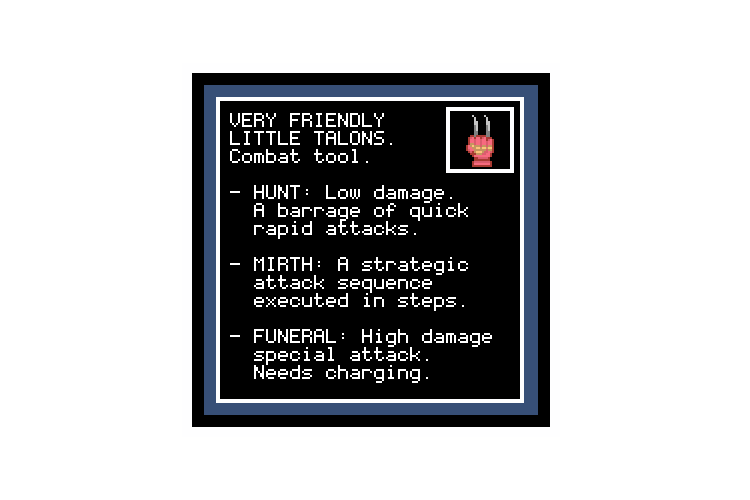 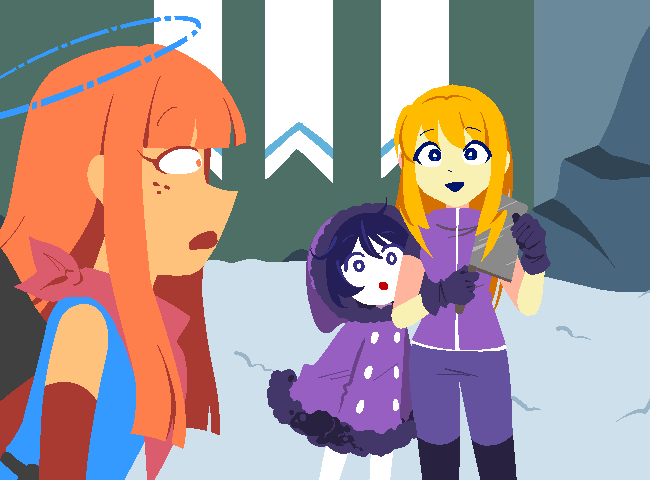 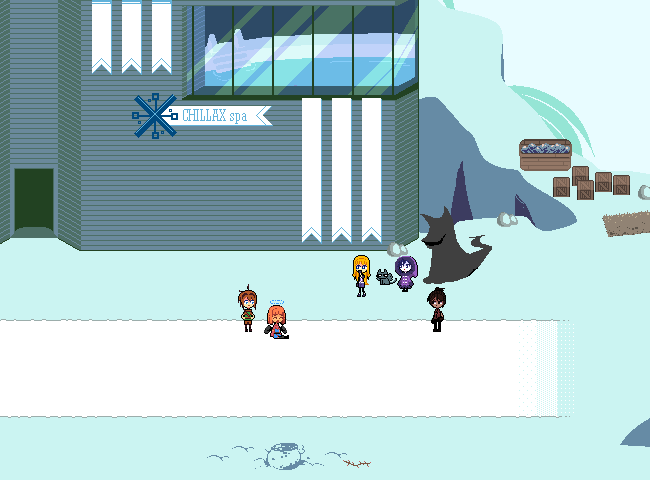 The whole group knowing how to make correct use of Mei's ability is beneficial in the long run, even though it looks like she was just planning on tricking them forever.

Which is strange, since she divulged the details to you right away.

Is there a reason her strategy was different from person to person up until now? Was she simply pressed for time on how to make use of Aria's ignorant belief back then, or did she have something else in mind? Who knows.

But this is interesting, isn't it? The "wrong" belief can hinder Mei a lot.
It also bothers her to such an unexpected degree, huh....

Going forward, you'll have to keep that in mind. 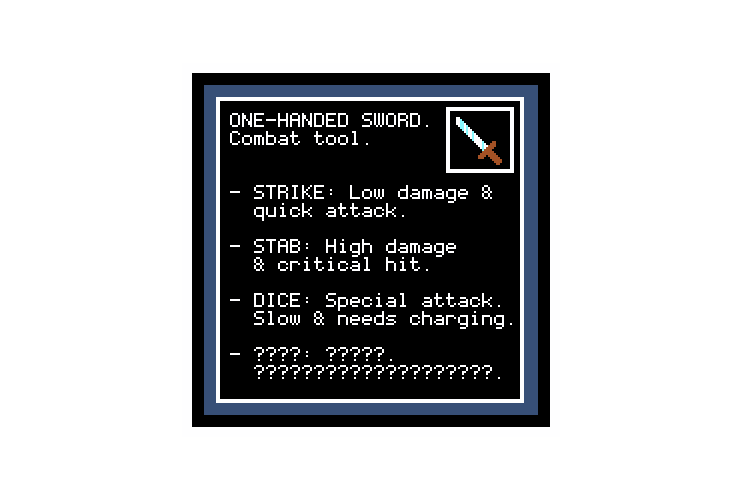 The next in turn for the firepower check is yourself, and...
Yeah, this lovely sword is fine enough for you.

You are not an expert, so it looks like there might be more for you to learn when it comes to sword techniques. Still, this sword's familiar weight and grip are a comfort, to be honest.

But compared to Reed's metal-arm-shooty-thingies, there's nothing extra special about it. It is just a decent sword. Aria's weapon is the same. 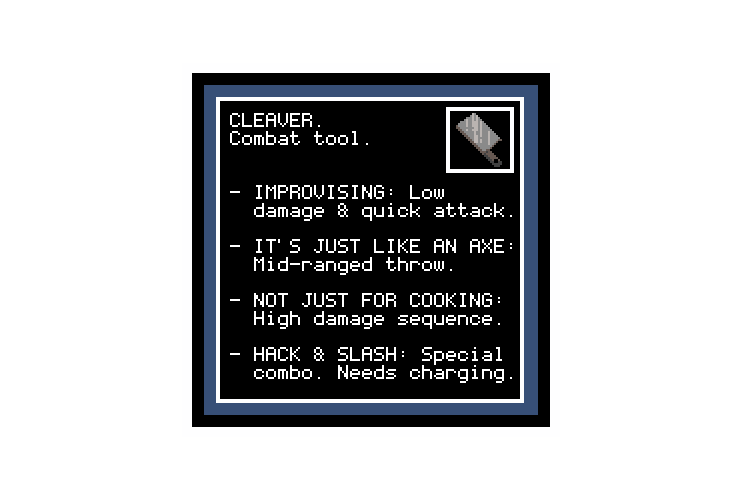 A meat cleaver, though?

Why did she even pick such a thing? It feels out of place.
She's also weirdly adept with it. 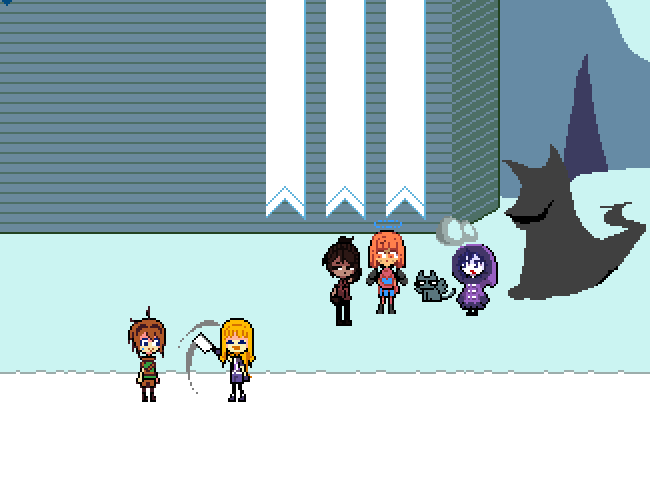 It looks like Aria has a hidden skill for unintentional intimidation as well.
Which... could be handy? Yeah!? God, who knows with her! 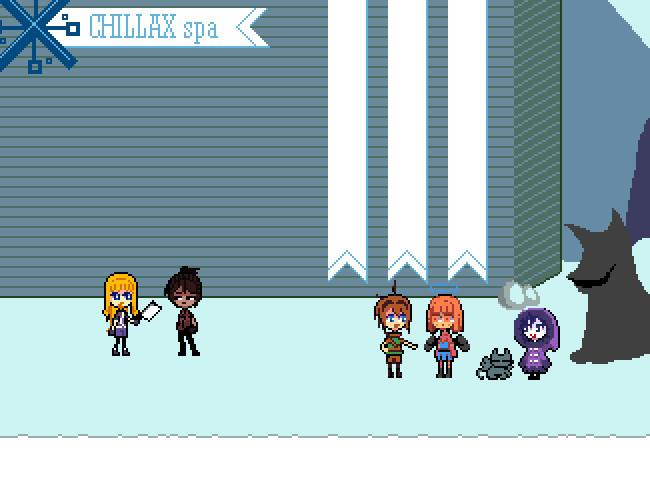 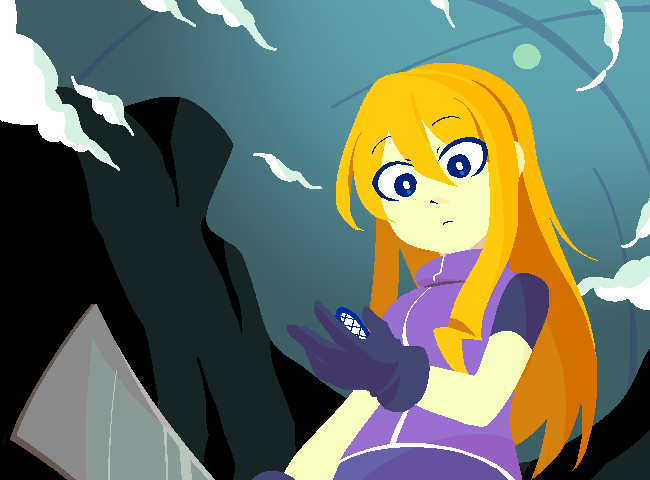 So, right now, you're holding onto these things thanks to that enigmatic person's inventions. That explains a lot about what you saw.

...But it also brings its fair share of additional questions.

How did those secret mechanisms remain undiscovered for so long? Is this file a "key" to unlock them? Then, could there be other things you might've found with it? Why, you were going to leave this little thing behind, but you're definitely keeping it now!

Maybe, if Reed's mission succeeds, you'd even be able to thank the professor for indirectly helping you out like this. The professor did sound dubious a few times, but it's undeniable that he's done some good, after all.

For a moment, you wonder what kind of father an accomplished scientist makes.

He certainly has an interesting son, if a bit rude at first. 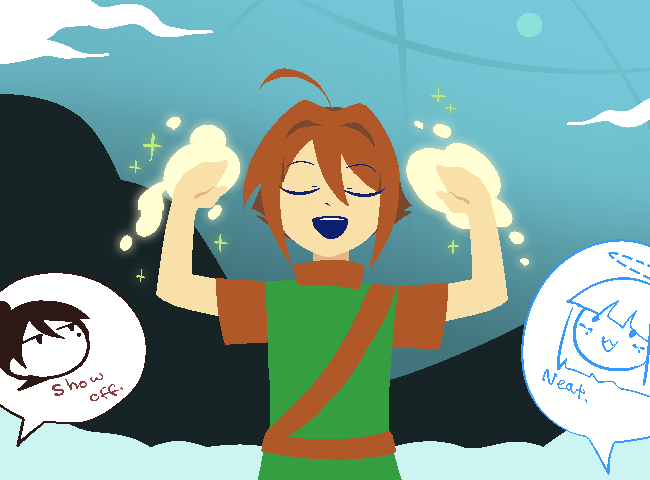 This is a simple one!
You've got the most obvious first choice, and BEST choice.

Check it out! Healing hands are a go!

Honestly, a second recovery option doesn't seem necessary to you.
After all, you've got all you need right here. 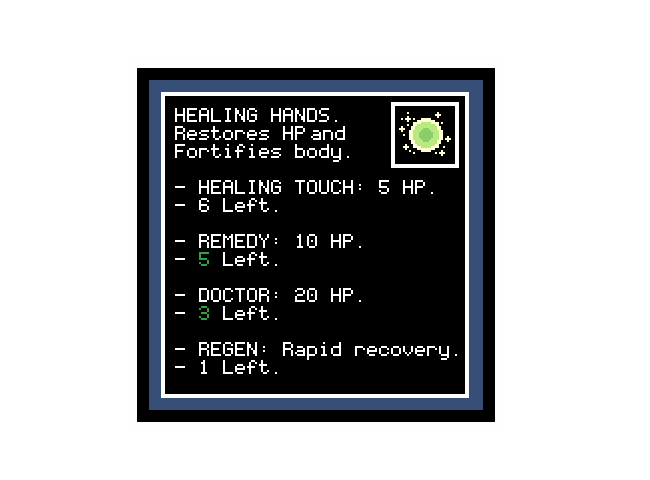 And would you look at that!

Your healing was replenished some more after eating a good meal! Ah, yes, as soon as you saw food on the table, you suddenly realized how famished you were. Aria's muffin breakfast was such a blessing.

Even though she kept expectantly staring as you ate it, for some reason...

Anyway! This much healing is enough for your little journey.

But it does mean that these guys would be hopeless without you. So the first aid stuff is for them, right? Even though you'll accompany them all the way...?

Eh, so be it. Whatever helps keep them on board.

You make a mental note to swing by the docks and pick up a kit later.

Nino: Consider telling the party about your self-harm trump card. 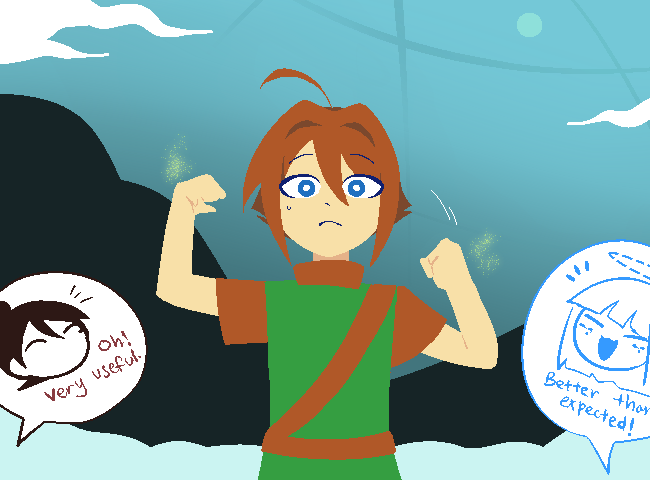 Hm. No. That won't be necessary.
But at the very least, you decide to tell them about Fortification.

You nonchalantly explain how your healing tends to empower the injured for some amount of time. Suddenly, they react very favorably. As if their faith in you grew much stronger. Uh... you weren't expecting that at all.

Now you definitely won't tell them about the other way of using it...
Lest they get any nonsensical reservations about it.

In the first place, you also don't want to resort to hurting yourself!

Instead, your plans should be geared around avoiding all conflict in the first place. That means no fighting unless absolutely necessary, and that if any fights should happen, then safely fleeing would be the priority.

With that in mind, it's time to craft the safest route possible. 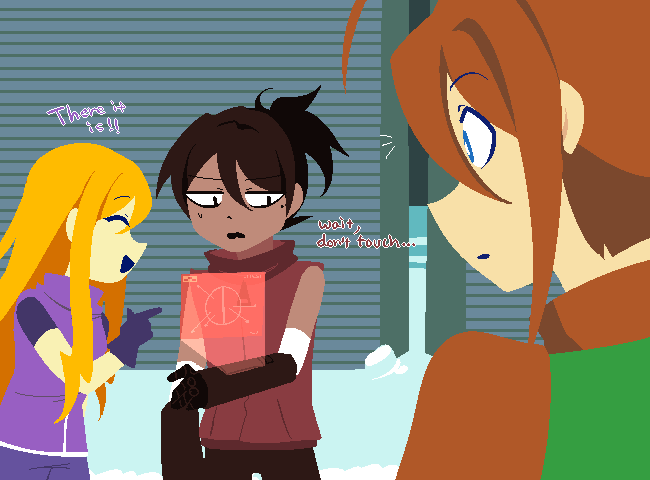 And here it is, the most important part of your plan.

For a very brief moment, you panic about not having a map on hand... until Aria cheerfully asks Reed something, and he just materializes a map for you.

These guys really are the best people for this plan.

I had to cut this update a little short because of time constraints, but they will continue & conclude their preparations next update I promise...

Nino hit the jackpot in terms of party members suited for this kind of journey.

I can't wait to see how it spirals out of control

Well, so much for the muffin idea

the whole point of the plan is that they don't need a boat...?

Official charter ship is definitely gonna be avoided, but a ship might not be the most useful due to having to keep it in the water and thusly leaving a trail. Quick ships would use motors for sounds, and other types would be slow, so a potential use is something to go over short distances.

No, they need a boat to get to the barrier, so they can find a way through

Every day, Meimona gets closer to becoming the strongest character in fiction.

if you believe that, she already is

I, Mysteriousmaverick, declare that Meimona Corvus has 0 stats, and that she is completely useless.

Also that she’s gonna get nerfed due to being similar to a crutch character.

It's possible to believe in a lot of things for Mei, but are they all things that Mei herself is happy about? Does she ever *want* to be that strong? That's the question no one asks.

Aria: Wait, how did Reed give you that weird file, and know where it was supposed to go? Communicate, just to make sure.

A bit too skeptic is obviously code for not skeptic enough, I had my suspicions, but Hans put me on overdrive, and helped me glimpse a much more than one small part of the painting. I understand everything now. Why did Aria have that look in her eyes? It wasn’t a normal look, no matter what anyone says. Why did everyone trust Nino so easily, to the point of Reed trusting Nino being a tool, and why does Nino instinctually know stats, to the point of instantaneously embracing instinct, and Kotori knowing of someone going to attack Prince Suvillan? Why did Nino “forget” so close to Five, when he had no reason to fall and gain amnesia? The reactions of Nino and his World are the Key to The Destruction of The End.

Your forgetting the most important question…
How exactly does an ocean falls?

Obviously due to a conspiracy between the celestials and winged of the past generations, with humans and monsters on both sides of course.

If someone believes in Meimona strongly but has never actually seen her and therefore pictures her appearance differently, would Meimona's appearance change?

I don't think her actual appearance would change, but maybe that person would see her differently? like how people don't recognize her with her "disguise" on even though she's clearly the same person

Nino: What magicks materialize Churlish Reed’s yon map? Truly, on the bounds of safety, you must travel far on the path of knowledge and learning, and ask young Reed thy question!

Aria: Check #0, fire a question and make sure that it was really Reed who gave you the file, and recover potential information about it being maybe something/someone else. It may help your all in your travels. Also, did you learn about the luck of the heavens yet?

Someone: Maybe something needs to be done about Nino seeming to get memory loss when he crosses the barrier.