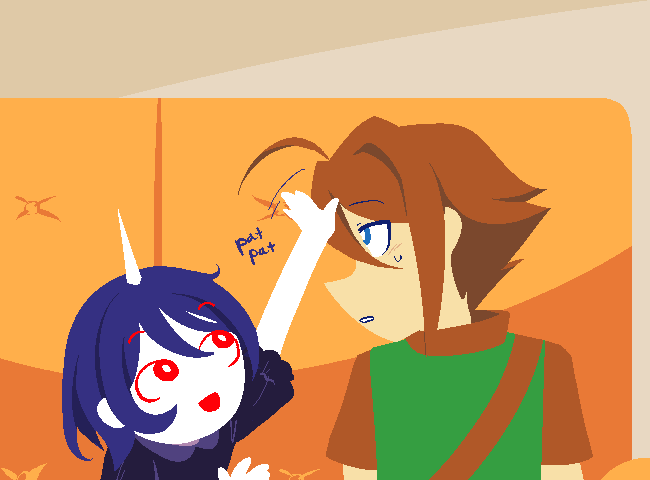 Five: Nino and Five drew in the monster world, so it could help Nino remember! 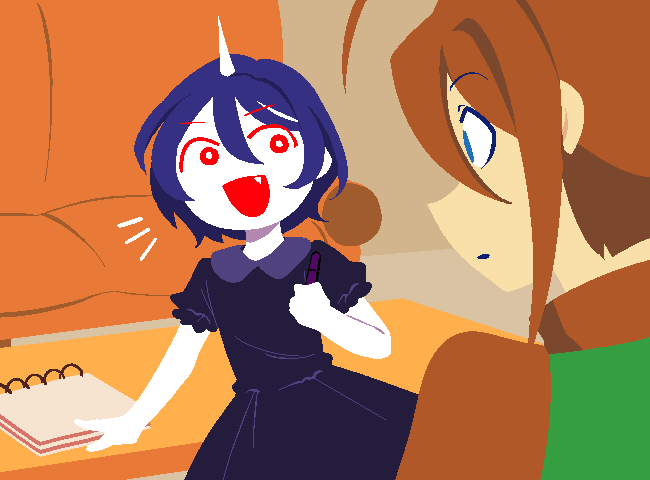 Um. Uh.
It looks like you've suddenly gotten roped into some sort of activity.

Wait, drawing! That's it!
If there's a better way to get information than talking, then this is it!

But boy, this kid sure is overwhelming when she's all fired up...

Five: Start drawing with the crayons and invite Nino to join Five. 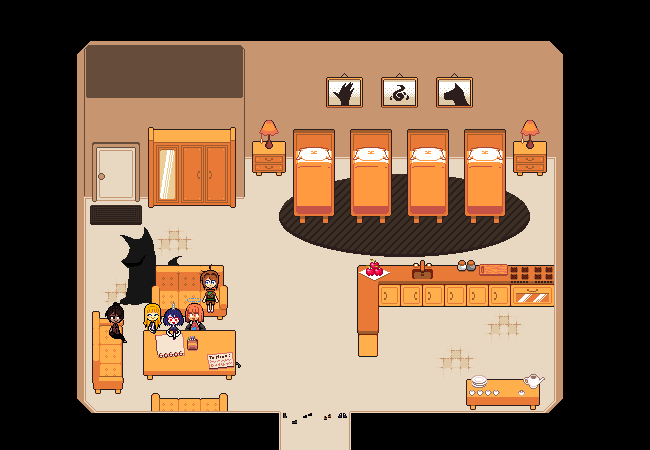 Five and Aria collaboratively illustrate a collage of things you've (apparently) been through together (with very minimal additions by you), while a certain angel (who is totally divorced from the whole situation) provides much unsolicited commentary.

Though everyone seems rather excited to go over your forgotten journey...
Somehow, you feel a strange desolation watching them go.

Somewhere in your heart, there's a distance.

Even though this involves you, you feel oddly detached from what's unfolding here. 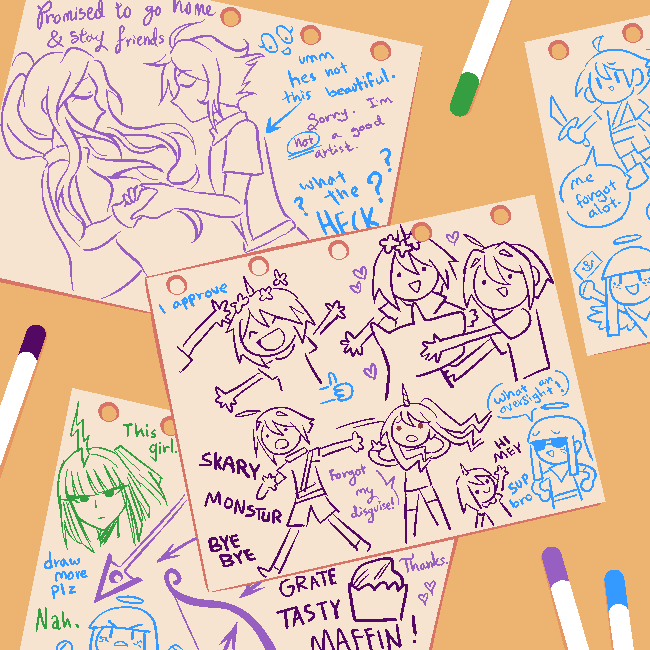 Suddenly, you wonder just how much you've let them down. Did you really do so much for the two of them, only to go back on it as soon as your amnesia struck?

And just how is it that, despite your inconsistency, they still chose to treat you with the same kindness as before...?

Well, even if you're unworthy of it...
Is it wrong to feel like you still want to be part of this little warmth?

If you've made such a promise to Five, to help her find home once more, then forgetting it doesn't invalidate her expectations... even if the amnesia was out of your control. After all, it was you who built up her hopes in the first place.

You'd hate to be someone who goes back on his word.

It would be a disservice to your past self, who must've made that promise for a reason. Following up on it might help reinvigorate your memory, and maybe... taking action is just one way to make amends for letting down the people who relied on you, totally oblivious of what was to come. 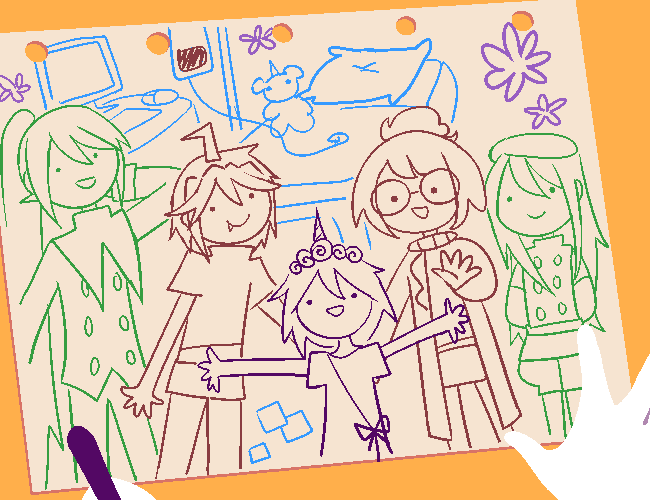 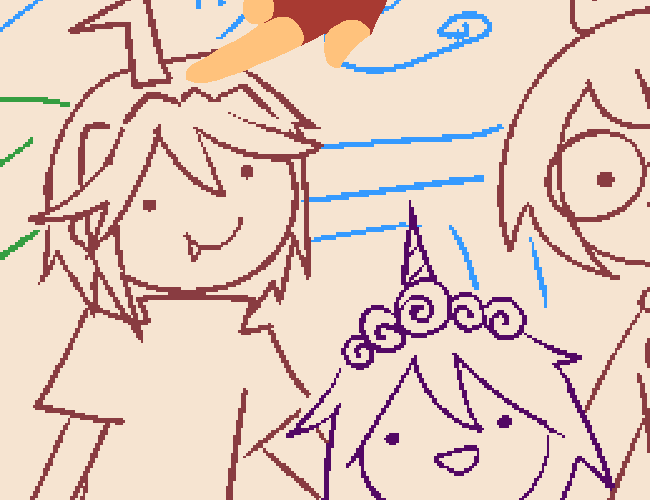 Five: Talk about Five's old home and friends in the lab. 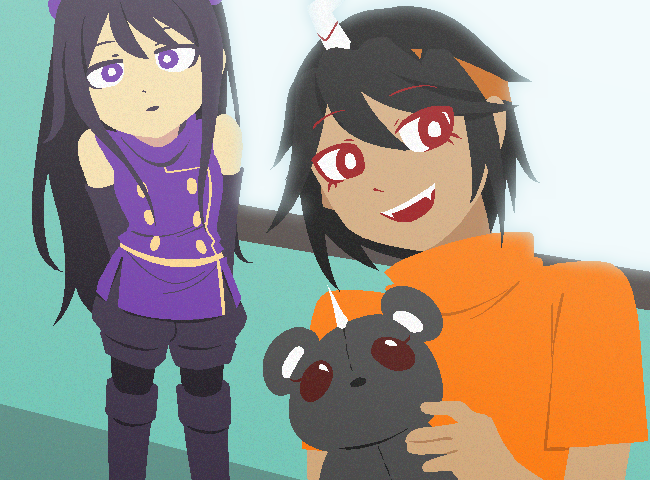 Nino: Try to not be awkward with the little lady, but fail to do that. 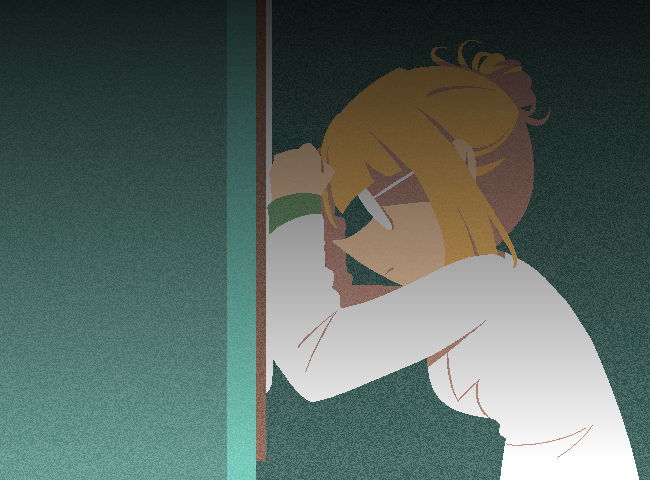 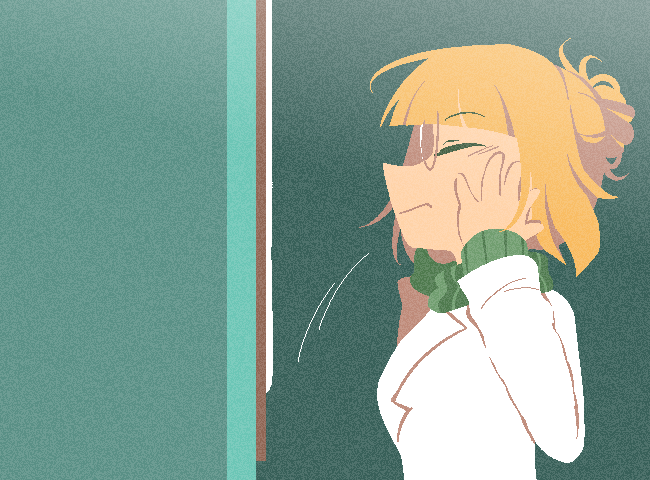 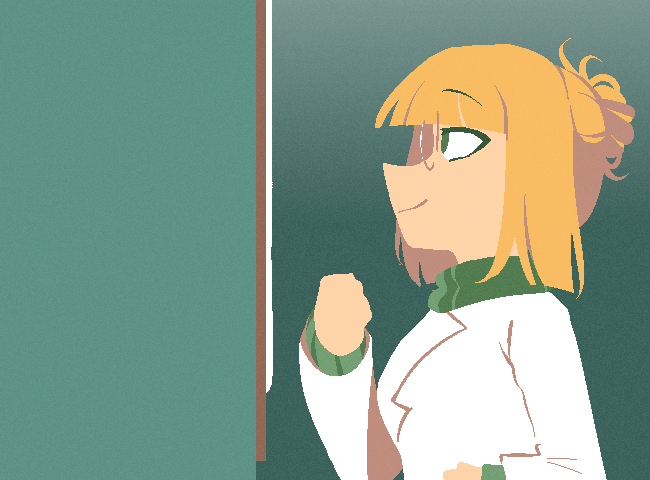 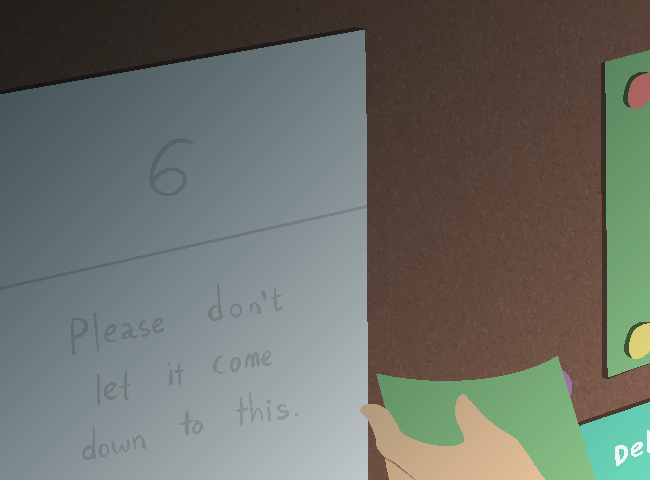 You can never give up. 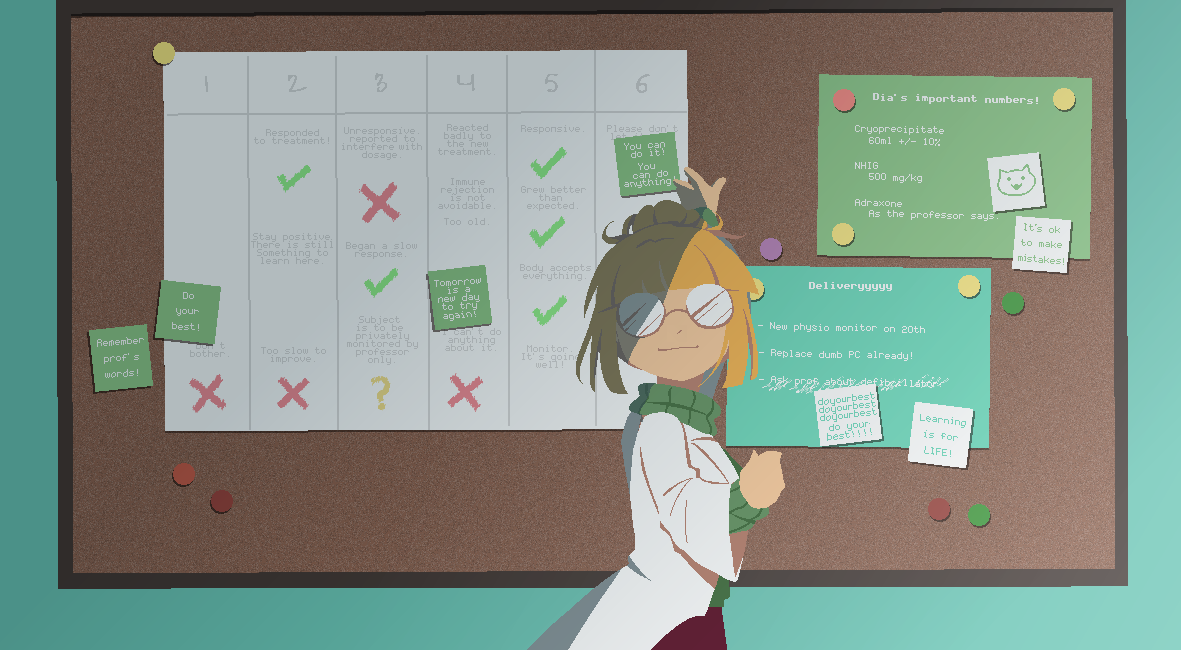 Humans and monsters: Fricking, literally, just chill out so casually. 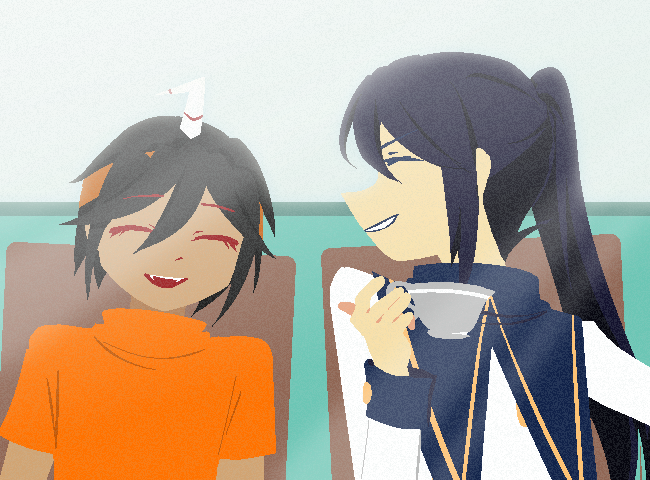 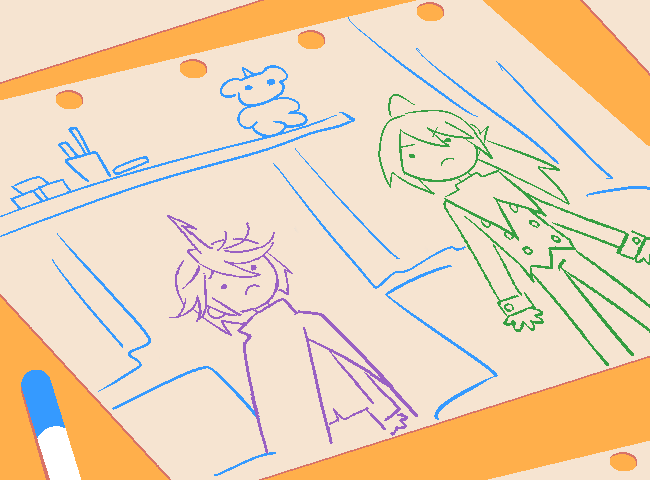 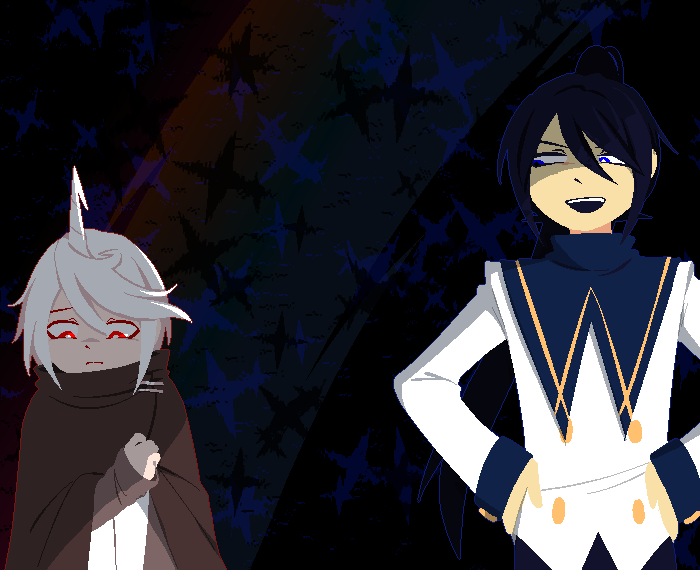 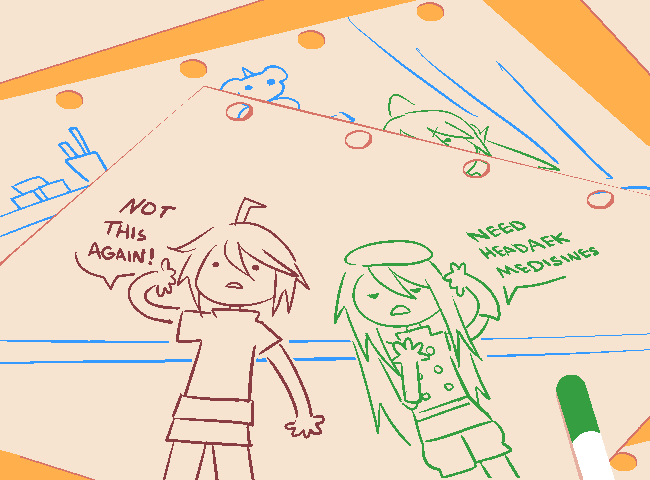 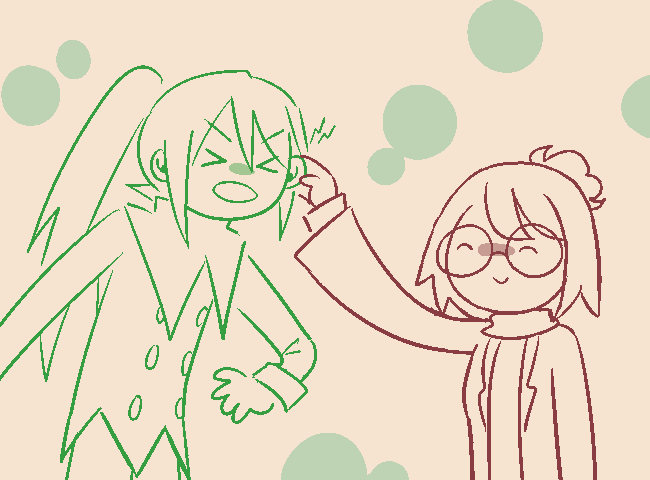 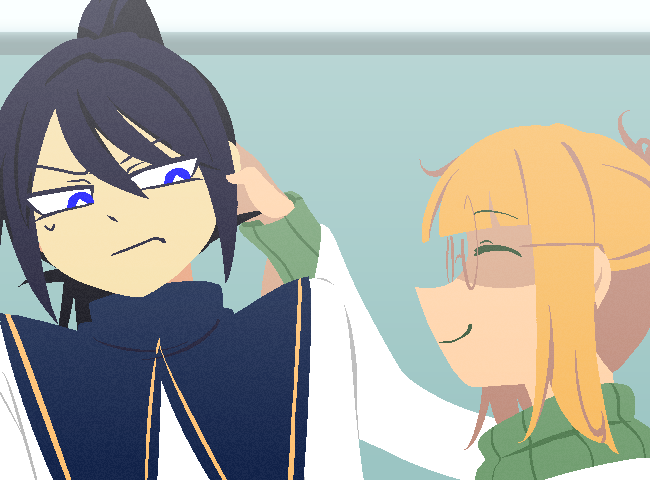 ...A valuable thing desired by most. 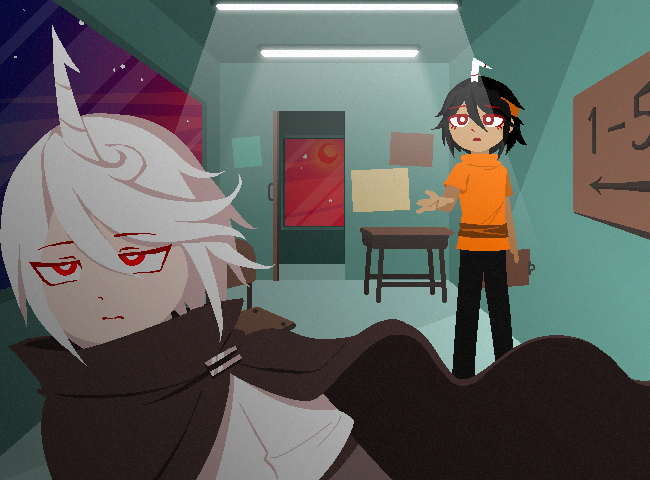 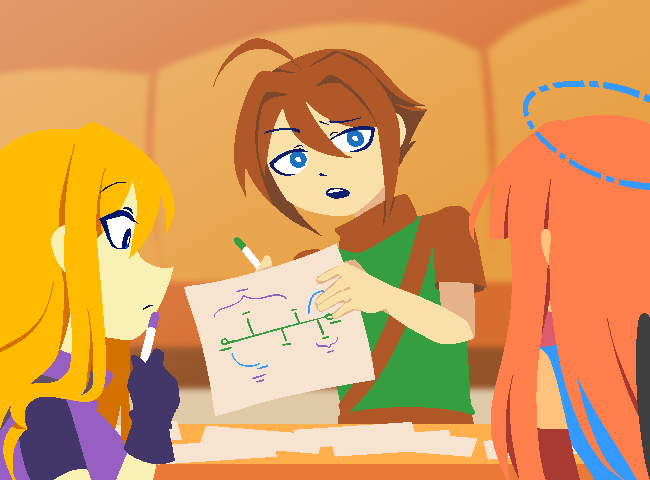 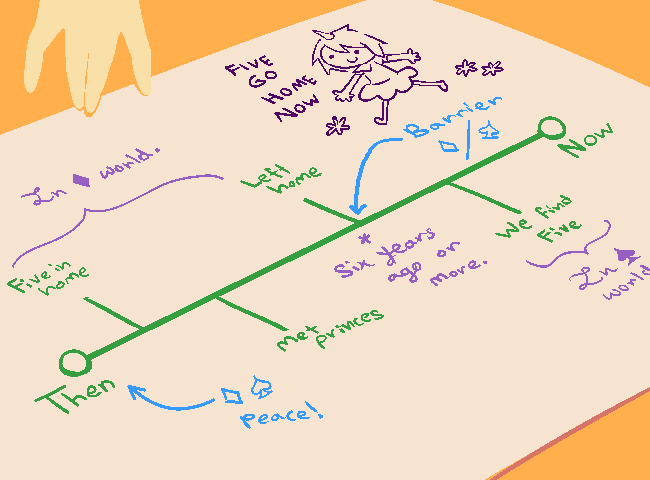 Reed: Since you're the only human with any real knowledge of the human world, does any of that ring a bell? 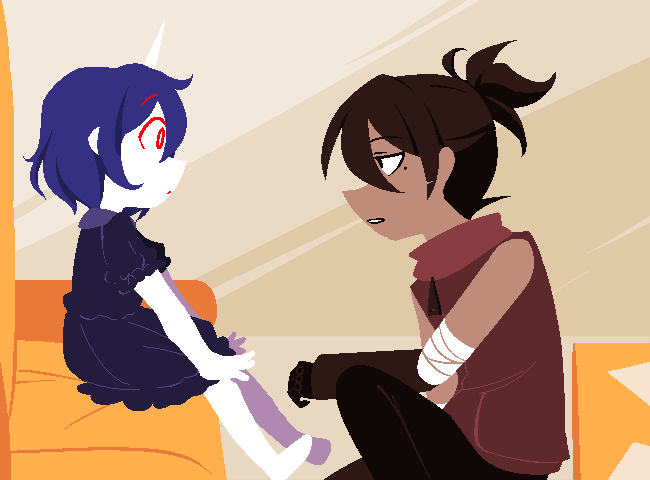 Somehow, it feels like...
Reed is being so uncharacteristically careful.

Did you get the wrong idea about him, or is this a topic that requires such consideration, even from someone like him?

Regardless, for now, you opt to carefully watch this unfold.

Finally, the shitpost doodles have made it into the story proper.

Reed: Ask Five about her last memories before meeting Nino, how did she leave the lab? Were there cryogenics involved?
Five: Describe the Professor and how he acted.
Reed: Realize what this means for your investigation.

(Reed: Regale your hidden backstory and your quest to find your long lost father.)

I'll answer for several different directions this could go.

Reed: Ask about any other units at the lab. Perhaps she wasn't the only one.

Reed: Ask of what they were testing.

Reed: Reach a conclusion. Ponder how to best explain it, if you should at all. Five deserves to know, no matter how much it will hurt.

Everyone: Realize the implications.

Someone: Interrupt. That's enough for now.

Just in case, because I'm certain it'll be relevant at some point in the near future

At this point I am fully convinced Reed is Zachary L. and Anise L.'s son. This next update may just confirm that theory.

I really like how the drawings eventually turned into a timeline.

Everybody else: Observe whatever Reed is doing.

Nino: Stay calm. Don't get locked in a daze for too long of a time. Pay attention.

Aria: (Quietly so the Rude One won't hear!) Profess to Mei quietly about how humans & monsters were at peace in the past if you can. As memory recalls, you told that to Nino too, so try nursing his memories through quiet retaining and recollection. Could Five have some sort of amnesia like how Nino forgot his past?

Back in "Observe.", (presumably) Nino (Because of the coloration and the "Nah" being fitting) made Kotori look rather intimidating. https://oceanfalls.net/p/1313 Also Nino (if Nino's the one who drew the green) seems to have improved.

Unrelated to everything above, but back in "You can never give up." I wonder how many of the terms brought up in "Dia's numbers" are based off real things, since I know cryo and precipitate are things that mean something, (to my knowledge) G isn't an element on the periodic table so NHIG is either not a chemical formula or the periodic table is different in this webcomic, or it's something else that may or may not exist in real life. Adraxone sounds like a medication.

Every term written on the numbers board is real.
NHIG = Normal Human Immunoglobulin.

idk, I think it's possible that Nino IS in fact mostly bad at art, but he just knows how to draw people because he took tips from an anime drawing guide (or from copying faces off of Selene's manga, that too.)

You might want to check the tumblr. You were right!

five is a better artist than me 😔

You’re not alone there 😥

We're about to see something happen, something deep, something intense, something that will make our hearts beat like the loudest drums of the world in unison.
This is going to be epic.

They're all so talented c,:

Mei’s nice to Five, which is good.